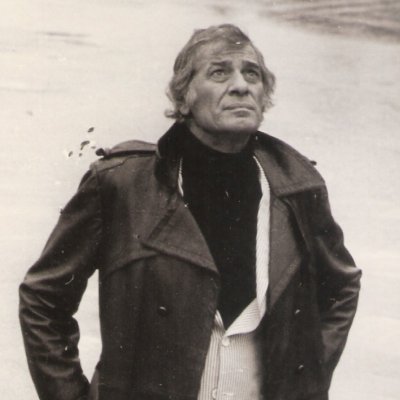 Muin Bseiso was born in the city of Gaza, Palestine. His parents were Tawfiq Bseiso and Huda Ali al-Shawwa. He had four brothers: Abidin, Suhayb, Sa‘d, and Usama. He and his wife, Sahba al-Barbari, had three children: Tawfiq, Dalia, and Malika.

He participated in nationalist and democratic activities, after having met in 1947 some communist members of the National Liberation League in Palestine in the Gaza Strip and becoming a communist.

In October 1948, he enrolled in the American University in Cairo and studied journalism, graduating in 1952.

Influenced by the poetry of Abd al-Karim al-Karmi (Abu Salma), Bseiso published his earliest poems in the Jaffa magazine al-Hurriyya in 1944. From 1946 onwards, he began to publish his nationalist poems in the Haifa communist newspaper al-Ittihad. In Cairo, he published his writings in the Egyptian magazine al-Malayin, mouthpiece of the communist Democratic Movement for National Liberation. His first collection of poetry, entitled al-Ma‘raka [The Battle], was published in Cairo in January 1952. Other poetry collections, plays, and prose works were published in Cairo, Beirut, and Baghdad.

Returning from Cairo, he worked as a teacher of English at the government school in the Shuja‘iyya quarter in Gaza. In early 1953, he went to Iraq and worked for a few months as an English teacher in the school of the village of Shamiyya in the Province of Diwaniyya. Returning to Gaza, he taught English in the Bureij Refugee Camp Intermediate School run by UNRWA. However, he was fired after being accused of planning a demonstration joined by students at that school to protest an Israeli raid that targeted the refugee camp, killing twenty-six and wounding tens of civilians. UNRWA then decided to employ him as a clerk in a garage that housed the agency’s cars.

At the end of 1953, Bseiso and a few members of the National Liberation League in Palestine took part in the first congress of the Palestine Communist Party in the Gaza Strip, and he was elected secretary-general of the party, where he also contributed to editing the party’s secret publication al-Sharara [The Spark].

In March 1955, the Egyptian authorities (who administered Gaza at that time) arrested him, charging him with leading the mass demonstrations that broke out in Gaza to protest the scheme to resettle the Palestinian refugees in the Sinai Peninsula. He was released in July 1957.

After his release, Bseiso worked as a supervisor of the Salah al-Din Intermediate School, run by UNRWA in Gaza. However, the Egyptian authorities arrested him once again in April 1959, following the intensification of the struggle between the Nasserists and the communists. He remained under arrest until March 1963.

Returning to the Gaza Strip, he worked in the Jabaliya Intermediate School and then in the Bani Suhayla School in Khan Yunis. When the Palestine Liberation Organization (PLO) was established in 1964, he helped to establish the Palestine Broadcasting Company.

When Israel occupied Gaza in 1967, Bseiso left Gaza for Damascus where he worked in the Syrian newspaper al-Thawra and also wrote various programs for Syrian Radio until 1968.

In 1969, and following a brief stay in Moscow, Bseiso travelled to Cairo where he worked in the literary department of the newspaper Al-Ahram. In 1972, he decided to move to Beirut, and he worked in the magazine al-Usbu‘ al-‘Arabi until 1974. He then began to write a weekly column and to publish his poems in the magazine Filastin al-Thawra, published by the PLO.

In 1981, Bseiso was appointed cultural counselor to PLO Chairman Yasir Arafat and was also a member of the Palestine National Council. During the Israeli invasion of Lebanon in the summer of 1982, Bseiso remained in Beirut and worked with several Palestinian and Arab writers to edit the newspaper al-Ma‘raka. He then left Beirut along with the PLO fighters and settled in Tunis.

In 1979 the PLO chairman awarded him the Shield of the Revolution for Arts and Literature and in 1980 he won the Lotus Prize for Literature awarded by the Afro-Asian Writers Union. His writings were translated into Russian, English, French, German, Italian, Spanish, Japanese, Vietnamese, and Persian. They were also translated into many of the languages of the Central Asian Republics that were once part of the former Soviet Union.

Muin Bseiso died of a heart attack in London on 23 January 1984. His family wanted to bury him in Gaza but Israel refused, so his body was taken from London to Tunis and then to Cairo, where he was buried in the Arba‘inat Cemetery on the outskirts of Cairo.

Muin Bseiso is one of the most prominent poets of the Palestinian resistance. From his early youth, he committed himself to the struggle for Palestine and for national liberation, democracy, and social progress. As a result, he spent a total of seven years in various prisons. Along with other poets like Mahmoud Darwish and Samih al-Qasim, he helped to present Palestine to the world through his writing. He was widely known as a poet of the people, and his poems were noted for their simple diction, rich symbolism, incitement, and emphasis on content, which the poet wanted to serve as an ever-renewed call to rebellion and revolution. He was also a prominent Arab playwright, with six plays to his credit. These may be called political in nature and are characterized by their poetic language and by their drawing upon history and heritage for inspiration.

In October 2014, and on the thirtieth anniversary of his death, Orjowan Gallery in Beirut organized an exhibition in collaboration with his family under the title “Muin Bseiso: The Man and the Poet,” which included a number of his portraits painted by Lebanese, Arab, and foreign artists who were his friends.

In 2015, Dar al-Farabi in Beirut published Bseiso’s complete literary works in 27 books, which included 3 volumes of poetry, 2 volumes of plays, and 7 volumes of prose. The introduction was written by his friend, the poet Samih al-Qasim, who described Muin Bseiso as a “giant made of ears of grain, a giant of revolution and poetry.”

[A Giant Made of Ears of Grain]

[Palestine in the Heart]

[I Came to Call You by Your Name]

[Come Now and Take My Body as a Sand Bag]

[The Tragedy of Ernesto “Che” Guevara]

[Specimens from the Contemporary Israeli Novel]

[The Literature of Jumping by Parachute]

[The Soviet Union Belongs to Me]

[Eighty-Eight Days Behind the Beirut Barricades]

In 1979, Dar al-‘Awda in Beirut issued all the poetical and theatrical works he had published up to that date. After his death, Dar al-Aswar in Acre published in 1988 his complete poetry and plays.

Poems on the Glass of Windows: Poems of the Palestine Revolution. Translated by Ibrahim Abu-Nab and Martin Walker. London: ICDP Middle East Publications, 1977.

The March 1955 Outburst in the Gaza Strip