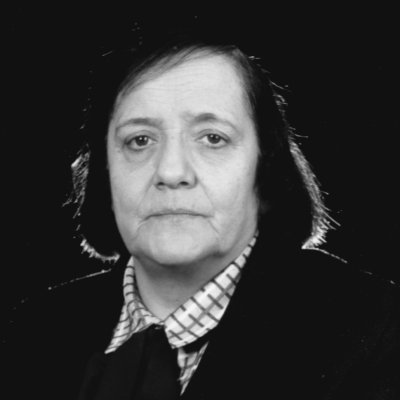 Issam Abd al-Hadi was born in the city of Nablus. She was married to Qasim Abd al-Hadi, and they had two sons, Faisal and Sa‘d, and two daughters, Fadia and Fayha’.

Abd al-Hadi studied first at the ‘A’ishiyya School in Nablus and then completed her secondary school education at the Friends Girls School in Ramallah.

Her activist career began in 1949, when she was elected secretary of the Arab Women’s Union in Nablus. (In the fifties, the union opened several branches in the towns and villages near Nablus, including Silfit, Burin, and Bal‘a.) She also took part in supervising social and cultural events organized by the Culture and Sports Club of Nablus, which had been part of the Women’s Union but later became independent. She demonstrated against the Baghdad Pact in 1955 and in solidarity with Egypt and against the Tripartite Aggression in 1956.

In late May 1964, Abd al-Hadi was selected as a member of the First Palestine National Congress, which turned into the Palestinian National Council and from which issued the Palestine Liberation Organization (PLO). She also participated in later sessions of the Council. She participated in the congress, held in Jerusalem in July 1965, that established the General Union of Palestinian Women and was elected its president.

After Israel occupied the West Bank and Gaza Strip in June 1967, Abd al-Hadi played a prominent role in organizing strikes and marches and in aiding the families of martyrs and detainees. She headed the great strike in the Church of the Resurrection in Jerusalem in January 1969, which lasted three days. She was often subjected to interrogation and detention, the last being on 13 March 1969, when she was arrested with her daughter Fayha’ and tortured. They were charged with supplying the resistance with material aid and hiding freedom fighters wanted by the occupation authorities. In late April Israel deported mother and daughter to Jordan.

In Amman, Abd al-Hadi continued her activism. She was a member of the Higher Council of the Committee to Save Jerusalem headed by the late Sulayman al-Nabulsi. In 1974, Abd al-Hadi became the first female member of the Central Council of the PLO; she  remained with the council for four years. She helped to revive the activities of the General Union of Palestinian Women and once again was elected its president at its second congress held in the Lebanese town of Suq al-Gharb in early August 1974; she remained president until May 2009.

After the signing of the Oslo accord in September 1993, Abd al-Hadi returned to Palestine.

Issam Abd al-Hadi received several awards, including the Ibn Rushd Prize for Freedom of Thought (awarded by the Ibn Rushd Fund for Freedom of Thought, an Arab institution in Berlin) in recognition of a career spanning eight decades of continuous struggle inside and outside Palestine. In 2005, the Palestine Consultative Council of the Swiss group “League of 1000 Women for the Nobel Peace Prize” (1000 Femmes pour le  Prix Nobel de la Paix) nominated her as one of eight Palestinian women candidates for the award. The Swiss initiative aimed to draw attention to the role played by women in all spheres of life and in bolstering peace in their societies. In 2009, the PLO awarded her the Jerusalem Medal. Film director Arab Lutfi produced a film about her called A Militant Even When Preparing Morning Tea. This included an interview with her where she spoke about the most important events in her life.

Issam Abd al-Hadi died in Amman and was buried there. Her death was officially announced by the head of the Palestine Authority, Mahmoud Abbas, who referred to her as the “militant Issam Abd al-Hadi,” as well as by the General Union of Palestinian Women and the Palestine National Council. On the first anniversary of her death, the General Union of Palestinian Women organized a memorial service in the Ramallah Palace of Culture, which included an exhibition of photos documenting the history of her activism.

Abd al-Hadi was considered a pioneer of women’s and union activity and of political action both locally and internationally. She was distinguished by her steadfast commitment and her team spirit, working in harmony with both men and women colleagues of diverse opinions. She devoted her life to the service of her homeland and people and to the defense of the causes of Palestinian women in particular, and she succeeded in conveying the justice of the Palestinian cause to Arab and international forums.