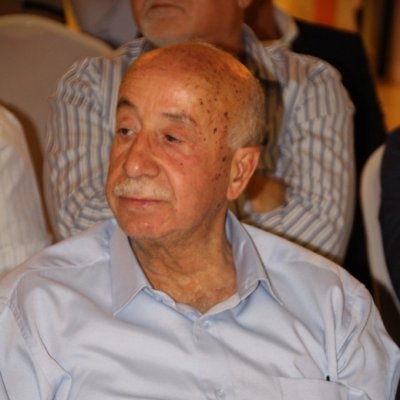 Abd al-Wahhab Darawshah was born in the town of Iksal, in the Galilee region. He had three sons, Basil, Haitham, and Tariq, and four daughters, Lubna, Rim, Rania, and Hiba.

Darawshah received his early education in the schools of Nazareth. After receiving his secondary school certificate, he enrolled at the Arab Teachers Training College in Jaffa, graduating in 1963, and then attended Haifa University, where he obtained a BA in History and Education.

Darawshah worked in a secondary school as a teacher and later as its headmaster. In 1979, he was elected head of the Arab Teachers Union and a member of the executive committee of the Teachers’ Union in Israel. Between 1982 and 1984 he worked as regional inspector of Arab education in the Israeli Ministry of Education.

Darawshah joined the Israel Labor Party and in 1984 was elected a member of the Knesset on the party’s list. In 1988, he resigned from the Labor Party in protest against the repressive policies of Yitzhak Rabin, who was then the defence minister, against the militants of the Palestinian intifada that started in December 1987. That same year, he founded the Arab Democratic Party, which raised the slogan “An Arab vote for an Arab deputy” and was the first party in Israel whose membership was exclusively Arab. Its program was based on ending the occupation and settlements and achieving peace through the creation of a Palestinian state in the West Bank and Gaza with East Jerusalem as its capital, and the return of Palestinian refugees in accordance with Resolution 194, adopted by the UN General Assembly in 1948. The party also called for equality through recognition of the Palestinian Arab population in Israel as an ethnic minority living on its own land and possessing the full rights of citizenship. Darawshah led the party until 2009 when he resigned to make way for younger leaders to take over.

He had been elected to the Knesset, representing the Arab Democratic Party, in the elections held in November 1988, and reelected in the elections of 1992, 1996, and 1999. In the 1996 elections, his party and a wing of the Islamic movement (led by Abd al-Malik Dahamsheh) formed a united electoral list, named the United Arab List. It won four seats, which were divided equally between the two parties.  While in the Knesset, Darawshah was a member of several parliamentary committees, including the Committee on the Status of Women and Gender Equality, the Education, Culture, and Sports Committee, and the Labor, Welfare and Health Committee.

In October 1992, he headed a delegation of Palestinian Arabs in Israel, which met with PLO leader Yasir Arafat in Tunis. The Likud members of the Knesset were furious and called for divesting him of his parliamentary immunity and putting him on trial.

In March 1994, he headed another delegation to Syria and met President Hafiz al-Asad.

In 2001, Darawshah resigned his Knesset seat; it was assumed by his colleague in the Arab Democratic Party, Muhammad Hasan Kan‘an.

Darawshah has been one of the most ardent advocates of uniting the Arab parties in Israel in a single electoral list; in his opinion, this has not yet happened because of “selfishness and narrow-minded calculations by all parties.” He advised the leaders of Arab parties thus: “For the sake of the general interest, give up some of your private interests, unite, and set up a single Arab list and we will all support you. I trust the Arab public will react positively, and the number and ratio of voters will increase, a thing that will rebound to the benefit of all parties.”

In March 2015, and on the eve of the general elections held that month, the united list of representatives of Arab parties was formed; Darawshah announced his candidacy as a symbolic gesture and severely reprimanded his colleagues for running in these elections on an alternative list, because in so doing they scattered the votes and weakened the Arab candidates.

Darawshah is widely considered to be one of the most prominent leaders of Palestinian society in Israel who laid down the basic democratic principles and the necessary electoral tactics in order to challenge the racist discriminatory policies practiced by the majority Jewish ruling establishment in Israel against the Arab minority. He has published a book about his political, educational, and social experiences, The Challenge of Peace (2010), together with several articles on politics and education.