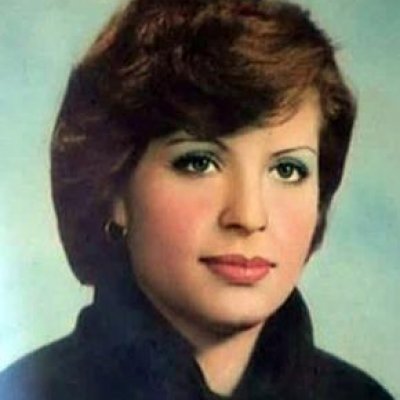 Dalal al-Mughrabi was born on 29 December 1959 in the Sabra neighborhood of Beirut’s Tarik Jdideh quarter to a Palestinian father and a Lebanese mother. Her father, Said al-Mughrabi, was forced out of Lydda in 1948 and took refuge in Lebanon; her mother, Amna Ismail, was from the town of Choukine in South Lebanon. Dalal al-Mughrabi had five brothers—Fadi, Shadi, Rashid, Mohammad, and Ahmad—and three sisters, Rashida, Jamila, and Jidal.

Mughrabi studied in Yaʿbud Elementary School and then in Haifa Preparatory School, both run by the United Nations Relief and Works Agency for Palestinian Refugees in the Near East (UNRWA). She left school before she received the baccalauréat, or Lebanese high school diploma.

Mughrabi joined the Palestinian National Liberation Movement, or Fatah, in 1972, while she was still a schoolgirl, and she completed several courses in the movement’s military training camps, during which she trained on various types of arms. In 1973, she and her elder sister Rashida enrolled in a training course organized by the Palestine Red Crescent Society, and both graduated as nurses.

After the outbreak of the civil war in Lebanon, Mughrabi joined the Jarmaq Battalion, also known as the Student Battalion, and fought with it from 1975 to 1977. In 1975, she got engaged to another Palestinian fighter, but she broke off the engagement because her fiancé was opposed to her being active in the Palestinian revolution.

Mughrabi was assigned to lead a fidaʾi (commando) operation in December 1977. She went home to say goodbye to her family and attended her younger brother’s birthday party. “This is the last birthday party I will attend,” she told her sister Rashida, who was also her closest confidant. But two days later, she returned home and told her sister that the operation had been postponed due to poor weather.

On 9 March 1978, a ship set sail from the Lebanese coast. On board was the Deir Yasin group consisting of thirteen fighters from Palestine, Lebanon, and Yemen, led by Dalal al-Mughrabi who took the nom de guerre Jihad. The operation itself bore the name of Palestinian leader Kamal Adwan, who had been assassinated along with two other prominent Palestinian leaders, Muhammad Yusef al-Najjar and Kamal Nasser, by an Israeli army unit on 10 April 1973 in West Beirut’s Verdun neighborhood. The planning of the operation was supervised by Khalil al-Wazir (Abu Jihad), the deputy commander-in-chief of the armed forces of the Palestinian revolution and head of Fatah’s operations in the occupied Palestinian territories (known as the Western sector). The group’s aim was to take control of a hotel in Tel Aviv, hold hostages, and demand the release of a number of fighters held in Israeli prisons.

When the ship approached the Palestinian coast, the fighters disembarked and transferred onto two French Zodiac inflatable rubber boats. But the boats lost their way while at sea due to bad weather that lasted for two days, and one of the boats capsized, leading to the drowning of two of the fighters, before the winds drove the rest to the beach outside the Ma‘agan Michael settlement, located 25 kilometers south of Haifa.

When the fighters reached the highway between Haifa and Tel Aviv on Saturday, 11 March, they hijacked a taxi and two passenger buses. They gathered all the passengers into one bus, which set off in the direction of Tel Aviv, and broke through several roadblocks set up along the way. As the bus neared the city of Herzliya, a fierce battle which lasted for hours took place between the fighters and the Israeli forces. Accounts differ regarding the course of the battle that took place, and Israeli sources did not divulge the number of military personnel killed. By the time the clash ended, the bus had been blown up, with whoever was in it. Nine fighters, including Dalal al-Mughrabi, had been killed; and two others, Hussein Mahmoud Fayyad, born in Khan Yunis in the Gaza Strip, and Khaled Mohammad Ibrahim Abu Osbaʿ, a Palestinian born in Kuwait, were captured. They remained in Israeli prisons until 1985, when they were released in a prisoner exchange deal made between the Popular Front for the Liberation of Palestine–General Command and the Israeli government. An estimated thirty Israelis had been killed and eighty wounded.

Ehud Barak, believed to have led the unit that carried out the assassinations of the three Palestinian leaders in 1973, also led one of the Israeli army units that intercepted the Deir Yasin group. He appears in a photograph taken after the end of the operation standing next to Mughrabi’s corpse and holding it up to display to the cameramen.

The Kamal Adwan operation created major ripples locally, regionally, and internationally. It also sparked an argument between the Israeli army and police regarding responsibility for the commando group members’ ability to successfully reach the Haifa–Tel Aviv highway and take Israeli hostages. When news of the operation reached the neighborhood where Mughrabi's family lived, everyone was shocked, because Dalal had revealed nothing of the military side of her life and was never even seen in military uniform in her neighborhood. She left behind a will written by hand, in which she asked Palestinian fighters in all factions to suspend all secondary contradictions and escalate the primary contradiction with the Israeli occupier.

Israel refused to hand over Mughrabi’s body. She was buried in what is known as the Israeli numbers’ cemetery, in which the corpses of Palestinian and Arab fighters who carried out operations against Israel are buried. (The corpses typically are handed over only as part of prisoner exchanges.) After the signing of the Oslo Accords, PLO Chairman Yasir Arafat promised her sister Rashida that he would do everything in his power to have her body returned and be buried in a dignified fashion, but the Israeli government refused to hand it over.

On 17 July 2008, the Lebanese party Hizballah demanded the return of Mughrabi’s body as part of a prisoner exchange deal with Israel. In anticipation of her repatriation, Palestinian flags were raised on the house’s balcony. Her mother, Amna Ismail, was by then elderly and needed the assistance of her seven-year-old granddaughter Dalal to stand up and greet the guests who had come to congratulate her on the imminent return of her daughter’s remains. However, DNA tests conducted on the remains of the corpses of five fighters from the Deir Yasin group that were returned by Israel showed that Mughrabi’s body was not among the ones returned. Its location remains unknown.

Dalal al-Mughrabi, dubbed “the Bride of Jaffa,” is considered one of the most prominent Palestinian freedom fighters and one of the most famous women among them. The heroism, courage, and determination shown by the twenty-year-old Palestinian aroused pride throughout the Arab world. She was eulogized by many well-known Arab writers, including the Syrian poet Nizar Qabbani and Lebanese novelist Elias Khoury.

Successive Israeli governments continued to fight her even after her death. They have sought to obstruct any project carried out by the Palestinian Authority (PA) to keep her memory alive, as was the case when it threatened to destroy the al-Midan project that was completed by the Fatah movement’s youth organization and the Union of Palestinian Writers. (It was inaugurated on 14 March 2011 in the city of al-Bireh without PA officials in attendance.) Western governments have followed Israel’s suit in pressuring institutions in the PA’s apparatus to prevent them from naming any project supported by them after Mughrabi. In November 2017, the Belgian authorities suspended a project for school aid to Palestinians after discovering that an elementary school in Hebron in the occupied West Bank whose building they had financed from 2012 to 2013 had been named after Mughrabi.

“Dalal Al-Maghribi: A Profile from the Archives,” https://www.jadaliyya.com/Details/27553

From Relief Provider to Vector of Identity