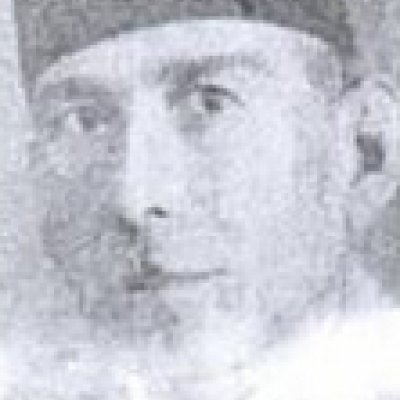 Birth of Isa al-Isa in Jaffa

Palestinians Participate in the Establishment of Arab Nationalist Societies

Establishment of Filastin Newspaper in Jaffa

The Ottoman Authorities Close Down Filastin

The Arab Congress Meets in Paris

Treaty of Versailles and League of Nations Covenant Signed

The Newspaper Alif Ba' Is Founded in Damascus by Isa and His Cousin, Yusuf al-Isa

The General Syrian National Congress Proclaims the Independence of Syria

Establishment of the Arab National Fund

Death of Isa al-Isa in Beirut

Isa al-Isa was born in Jaffa. His father, Dawud, hailed from a Christian Orthodox family that worked in the oil and soap business. He had one brother, Bandali. His wife was Zahia Malak. He had two sons, Raja and Sa‘d, and two daughters, Laila and Malak.

His early education was completed at the Collège des Frères in Jaffa and the Kaftun [Orthodox] School in North Lebanon. He learned English, French, and Turkish and then enrolled at the American University of Beirut.

His interest in journalism was displayed at an early age. In 1897 and while still a university student, he issued (with another student, Hafiz Abd al-Malik) a weekly publication printed on gelatin and called al-Nukhab.

In 1901, Isa worked at the Persian Consulate in Jerusalem and acted as translator at the Coptic Monastery between 1902 and 1903.

In 1903 he travelled to Egypt and worked as a reporter for al-Ikhlas, a newspaper owned by Ibrahim Abd al-Masih. When that newspaper folded, he worked as an accountant at the offices of the Sudan Government in Cairo and then as inspector with an American tobacco company.

In early 1910, Isa returned to Jaffa and worked for a short time at the Ottoman Bank.

In January 1911, he founded the newspaper Filastin, which began as a twice-weekly publication and was principally concerned with the welfare of the Orthodox community; later it warned of the dangers of Zionism.

Isa was a supporter of the Ottoman Decentralization Party, founded in Cairo in 1912, which called for granting the Arab provinces of the Ottoman Empire decentralized rule. He was in contact with several of that party‘s leaders, including Abd al-Hamid al-Zahrawi. In June 1913, Isa and his friends sent a message of support and solidarity to the first Arab Congress held in Paris and chaired by al-Zahrawi. In October 1913, the Ottoman authorities closed down his newspaper, claiming that it had published articles inciting ethnic prejudice.

In April 1914, he once again sought refuge in Egypt and attempted to publish articles in Egyptian newspapers warning against the Zionist project. Most of his articles were rejected by the editors.

On the eve of the outbreak of World War I, he returned to Palestine and his newspaper, Filastin, called on the Ottoman government to remain neutral. Once again, the newspaper was shut down by the authorities and Isa was tried in Damascus and sentenced to 300 days in prison. Upon appeal, the sentence was commuted to a penalty of fifty Ottoman gold liras. At the end of 1916, the Ottoman authorities exiled Isa to Anatolia.

Isa settled in Damascus in October 1918 after the Arab forces entered the city. He took part in the Arab administration in Damascus established by Emir Faisal; he then worked at the Emiri (and later royal) chancellery and participated in the activities of the Arab Club.

Isa was among many Palestinian figures who signed a statement (sent on 12 December 1918) addressed to the Paris Peace Conference and the British Foreign Office, protesting the Zionist movement’s attempt to turn Palestine into a Jewish National Home.

After the fall of the regime of Emir Faisal in Damascus in July 1920 at the hands of the French forces, Isa and his cousin Yusuf al-Isa founded a newspaper in Damascus called Alif ba’.

In early 1921 he returned to Jaffa and in March 1921 reissued Filastin as a thrice-weekly publication. (It turned into a daily in 1930.) He also took part in founding the Muslim-Christian Association in Jaffa (which was headed by ‘Umar al-Bitar), whose aim was to oppose the Balfour Declaration.

In September 1929, and in collaboration with the Indian Muslim writer Roshan Akhtar and Azmi al-Nashashibi, he issued an English language edition of Filastin; it ceased publication after only three years.

Since the early 1920s, Isa had participated in Palestine’s public life. In August 1922 he attended the sessions of the Fifth Palestine National Congress and in 1927 was a founder of the Palestine Free Party established in Jaffa whose stated and principal aim was “to serve Palestine and the interests of the Palestinians in the first place” and “to attain complete independence and the fulfillment of national aspirations and sovereignty.” He also chaired a number of Orthodox conferences held in Palestine and Transjordan and was elected vice-president of the executive committee that issued from these conferences.

In September 1932 he was selected to join the higher committee of the Nation’s Fund. He was also an elected member of the central committee of the National Defense Party, which was founded in early December 1934 and which opposed the majlisiyyun (i.e. followers of  Haj Amin al-Husseini). He took part in the Arab National Congress held in Bludan in 1937, which rejected the partition of Palestine.

As the revolt in Palestine against partition intensified, Isa moved to Lebanon in 1938. In early 1939 he withdrew from the National Defense Party, having decided that he and his newspaper would henceforth “devote themselves to the service of the general cause and interests.”

Filastin continued to appear in Jaffa until 7 April 1948, shortly before the city fell to the Zionist forces. It reappeared in 1950 in East Jerusalem, published by Raja al-Isa, his eldest son, and edited by Yusuf Hanna. It continued to appear until March 1967 when it closed down permanently.

Isa al-Isa is widely regarded as one of the most prominent Palestinian journalists of the twentieth century. His newspaper Filastin was noted for its highly professional character, its wide network of correspondents, and the accuracy of its news. It became a model to be emulated for newspapers in Greater Syria. Isa was an early opponent of Zionism and further opposed the Greek hegemony over the Orthodox Church, calling for the Arab Orthodox community to be free of Greek arbitrariness. He produced a collection of poetry (diwan) on political and sentimental topics and wrote a memoir, Past Memories, covering his lifetime until he finally settled in Lebanon.

Isa al-Isa died in 1950 in Beirut and was buried there.