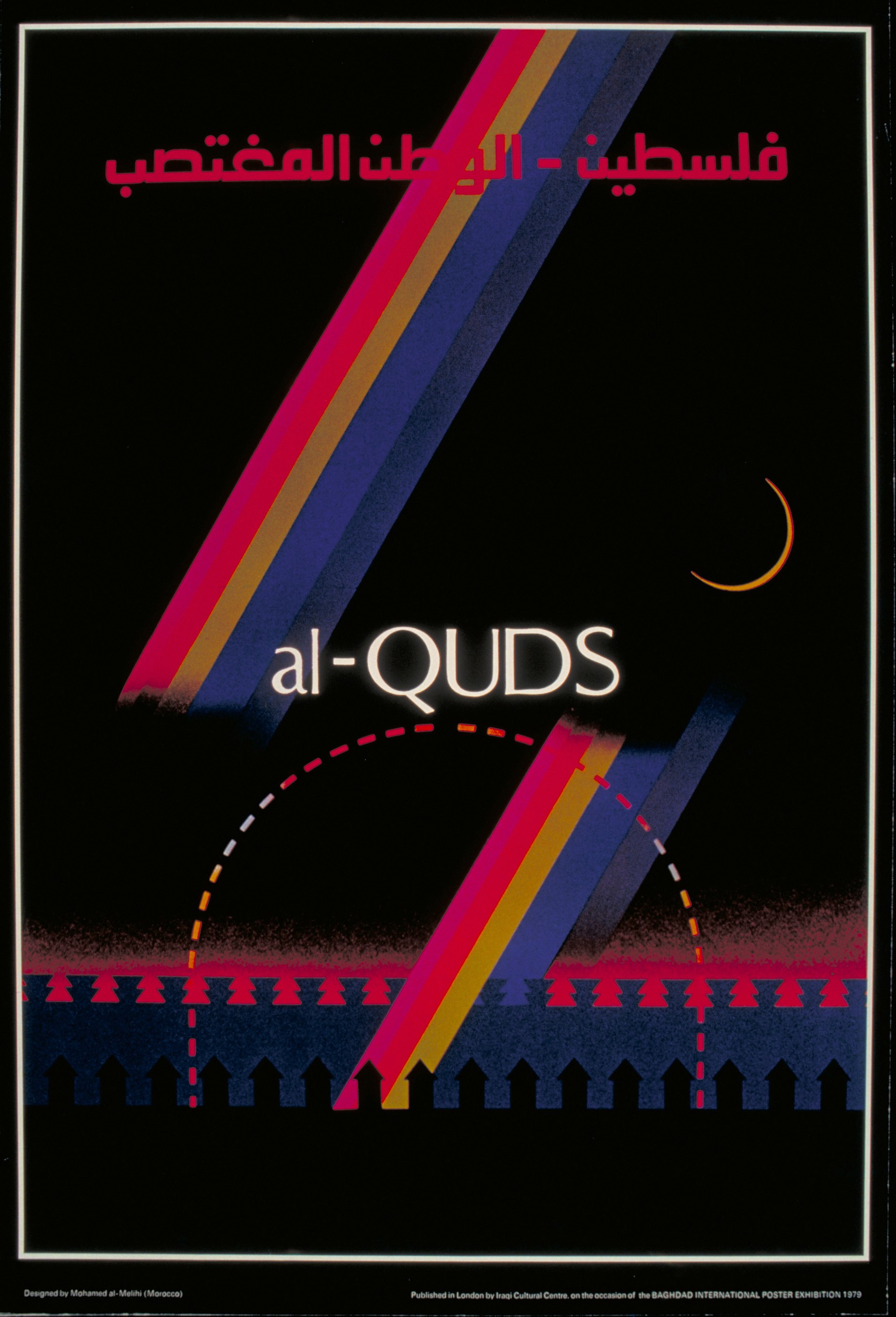 This poster features a dazzling, modernistic composition of architectural and religious symbols that hint at the complex history of the ancient city of Jerusalem, site of innumerable battles, miracles, invasions, and occupations dating back thousands of years. The Arabic text, printed in red across the top of the poster says: “Palestine: the usurped homeland.” The formal title of the contest for which this poster was created was: "Palestine: A Homeland Denied".

In large white type in the center of the poster is the Arabic name for Jerusalem: Al Quds (Arabic: sacredness or shrine). The Dome of the Rock mosque, the third most holy site in Islam, after Mecca and Medina, is denoted by the dashed outline of a semicircle in the lower center of the image. The city itself is represented by the two differently crenellated walls, quoting separate eras in its often-turbulent history. The bright arc around the edge of the moon represents the Islamic crescent. In the original poster, the entire outline of the moon is visible as well, signifying that Islam is part of the city’s history, not its entirety.

Bright diagonal beams of color — linear rainbows — stream down into the city, representing the city’s unique status in the religious and cultural history of the region and also of the world. Jerusalem was controlled by Jordan until it was captured and annexed by Israel in the Six Day War in 1967. Israel considers Jerusalem to be its capital. Palestinians consider East Jerusalem, the Arab sector, as their ancient and future capital. No country in the world, including the US, recognizes Israel’s annexation of the city.