The village was situated on a rocky, uneven hill where the slopes of lower western Galilee met the Acre plain. A secondary road linked it to the coastal highway that led to Acre, and other roads (as well as dirt paths) connected it to neighboring villages. Its name may have been a corruption of the Hebrew emeq, 'valley.' During the Roman period, the village that was located in the same spot was called Kefar Amqa, and later was known as Amca by the Crusaders. The status of the site during the early Islamic period has yet to be established. In 1596, Amqa was a village in the nahiya of Akka (liwa' of Safad), with a population of 215. It paid taxes on a number of crops, such as wheat, barley, olives, cotton, and fruit, and on other types of produce, such as goats and beehives.

The Arab traveler al-Bakri al-Siddiqi, who toured the area in the mid-eighteenth century, said that he prayed in the village after visiting the citadel of Atlit.

In the late nineteenth century, the village of Amqa was situated on a slight rise in a valley, surrounded by olive trees, fig trees, and arable land. It was built of stone and had about 300 residents.

The people of Amqa were Muslims and maintained a village mosque. The Ottomans built a school in Amqa in 1887.

In 1944/45 a total of 3,348 dunums was allotted to cereals; 1,648 dunums were irrigated and used for orchards. Amqa contained an archaeological site that contained fragments of structures, cisterns, and tombs. In addition, three khirbas lay in the vicinity that contained the foundations of buildings, well-chiseled building stones, presses, and a cistern.

The Haganah had begun to attack Palestinian coastal villages as early as December 1947, and people from villages near Amqa began to seek refuge in the village in May 1948. Amqa came under attack on 10-11 July, during the first stage of Operation Dekel.

Israeli units bombarded the village with artillery. The attacking units were drawn from the Sheva' (Seventh) Brigade and the First Battalion of the Carmeli Brigade. Amqa was one of the first villages to be occupied in the area, and Israeli historian Benny Morris states that it was the only Druze village in western Galilee to be shelled and evacuated. Most inhabitants probably left during the artillery barrage. But some appear to have remained; Palestinian historian Nafez Nazzal quotes eyewitnesses who said that the shelling of Amqa continued into the second truce of the war, and that a woman was injured in the village as late as 31 July.

On 20 August 1948, the Jewish National Fund (JNF) submitted a plan according to which Amqa (together with thirty-one other villages) would be the site of new Jewish settlements.

The JNF established the settlement of Amqa in 1949 on village land, directly to the north of the village site.

The site is overgrown with wild grasses. Only the school and mosque are extant. The mosque is a stone structure surmounted with a dome; its front facade is defined by three large, lancet-arched entrances. Its walls are cracked in many places and some of the stones from the walls have fallen. It stands deserted amidst shrubs, wild grasses, and the debris of destroyed houses. The school has a gabled roof and has been joined to some new annexes that were added by Israelis who now use the complex as a warehouse. The land in the vicinity is utilized for animal forage. 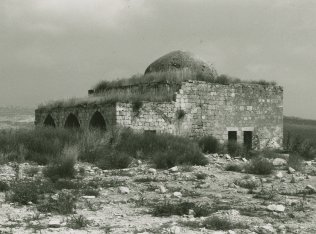 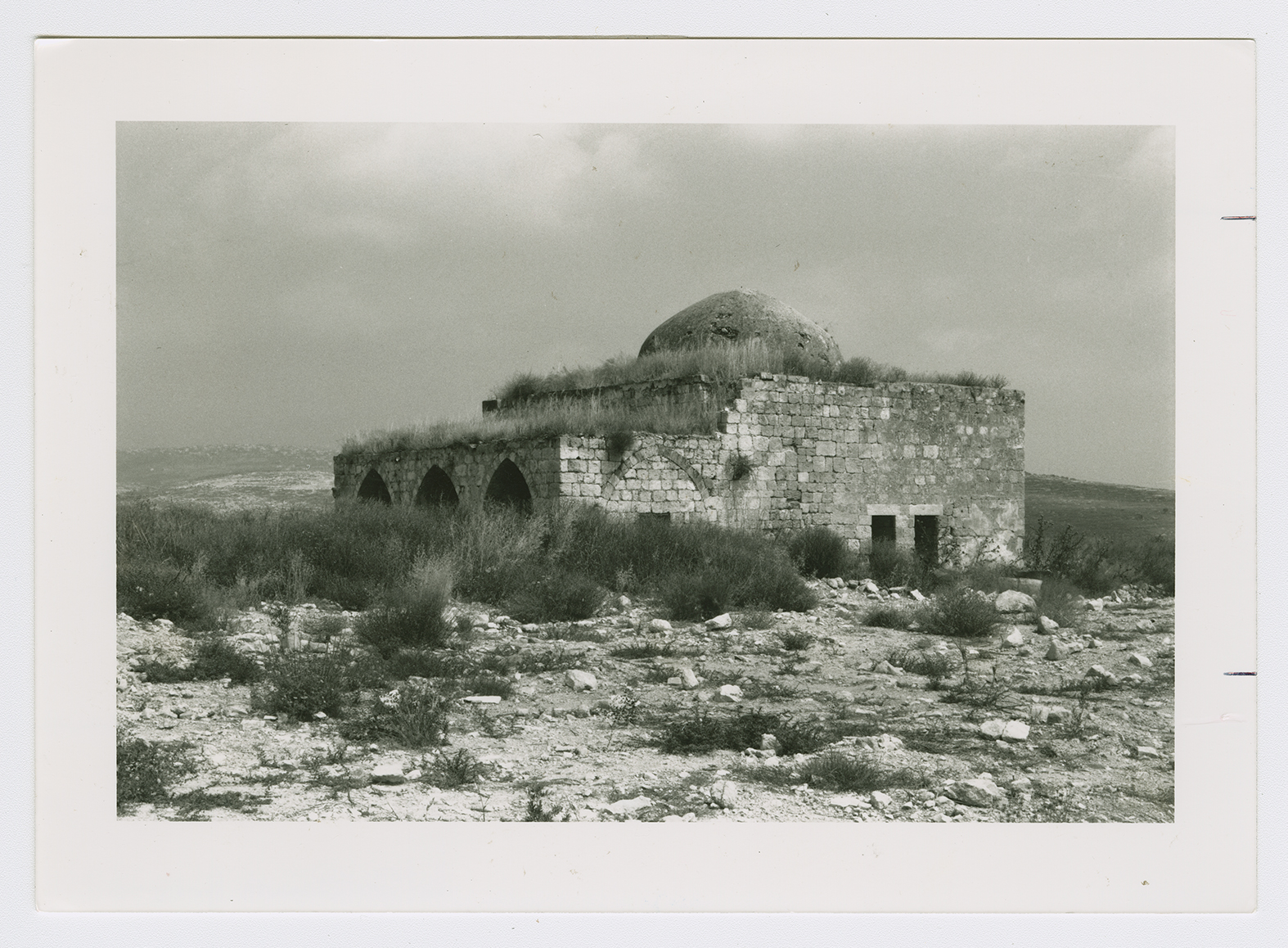