The village was spread over a hilly area in the western foothills of the Hebron Mountains. Ajjur was linked by a secondary road to the highway between Bayt Jibrin and the Jerusalem-Jaffa highway. It is thought that two of the khirbas next to it, Jannaba al-Fawqa and Jannaba al-Tahta, were the site of the important battle of Ajnadin (A.D. 634), in which the Muslims triumphed over the Byzantines. The old architecture of the village, especially that of a waqf building, suggest that modern Ajjur was established during the early years of the Fatimids (909-1171).

The Jerusalem chronicler Mujir aI-Din al-Hanbali (d. ca. 1522) reported that he passed through Ajjur after leaving Gaza on his way to Jerusalem.

In 1596, Ajjur was a village in the nahiya of Gaza (liwa' of Gaza), with a population of 193. It paid taxes on a number of crops, including wheat, barley, and fruit, as well as on other types of produce and property, such as goats, beehives, and vineyards.

In the late nineteenth century, Ajjur was a small village containing some olive trees.

Its population was predominantly Muslim. Its houses were bunched close together, although some were dispersed along the western and southern sides. The village had two schools the Abu Hasan private school, which had operated since Ottoman times and was housed in the above-mentioned waqf building, and a second school that opened in 1934. Children from the area's other villages also attended school in Aijur. It had two mosques an old mosque, built during the Fatimid period, and another that was built more recently. There were four shrines inside the village and four in the vicinity, on village land.

Aijur held a Friday market on a large site east of the village which attracted people and merchants from various towns and villages in Palestine.

Rainfed agriculture was the basis of Aijur's economy the chief crops were wheat and olives. In 1944/45 a total of 25,227 dunums was allocated to cereals; 2,428 dunums were irrigated or used for orchards. Animal husbandry, especially goat herding, constituted the second important economic activity. Animal ownership was a source of social status and pride, which was reflected in the affectionate names that villagers gave to animals. For example, they called the cows with white faces and dark bodies subayha (a feminine name in Arabic connoting morning and brightness). Herding animals entailed seasonal movement by some villagers, who would take their livestock away from the planted fields during the rainy season and live in secondary dwellings some distance away. This pattern of limited pastoral movement was very likely reflected in the British statistics for the area. The 1931 census lists Khirbat aI-Sura and the 1945 census lists Khirbat Ammuriyya  both were within the extensive land holdings of Ajjur and were probably occupied by the villagers during only part of the year. Some people worked in other occupations, moreover these included carpentry, tanning, and shoemaking.

In coordination with Operation Yoav, launched in October 1948 to occupy the southern coastal strip, the Israeli army's Giv'ati Brigade operated further north, occupying some villages in the Hebron sub-disctrict. Ajjur was one of those occupied by the Fourth Battalion of the brigade, on 23 October, according to the History of the War of Independence. That account states that with the occupation of this village, operations in the southern and central fronts were unified. Israeli historian Benny Morris writes that most of the population of Ajjur and neighboring villages fled before the occupation, but that those who remained were expelled. Morris also indicates that there was another military assault on Ajjur on 23-24 July 1948, which was the primary cause of depopulation.

Only three houses remain two are deserted and one has been turned into a warehouse. One of the deserted houses is a two-storey stone structure that has a large, triple-arched front porch. Cactuses and eucalyptus, almond, and carob trees-interspersed with truncated stone walls and rubble-grow on the site. The site itself is fenced in and used for grazing. The surrounding land has been taken over by the settlement of Agur. 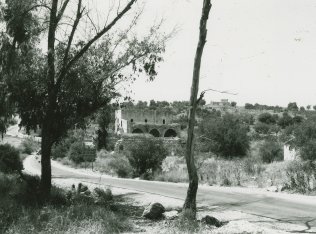 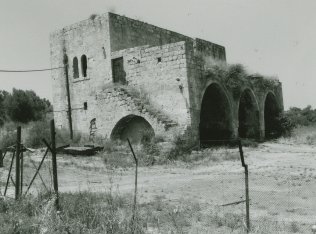 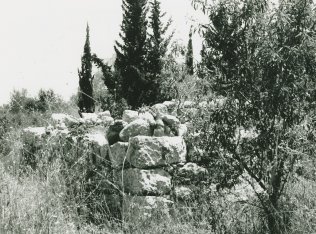 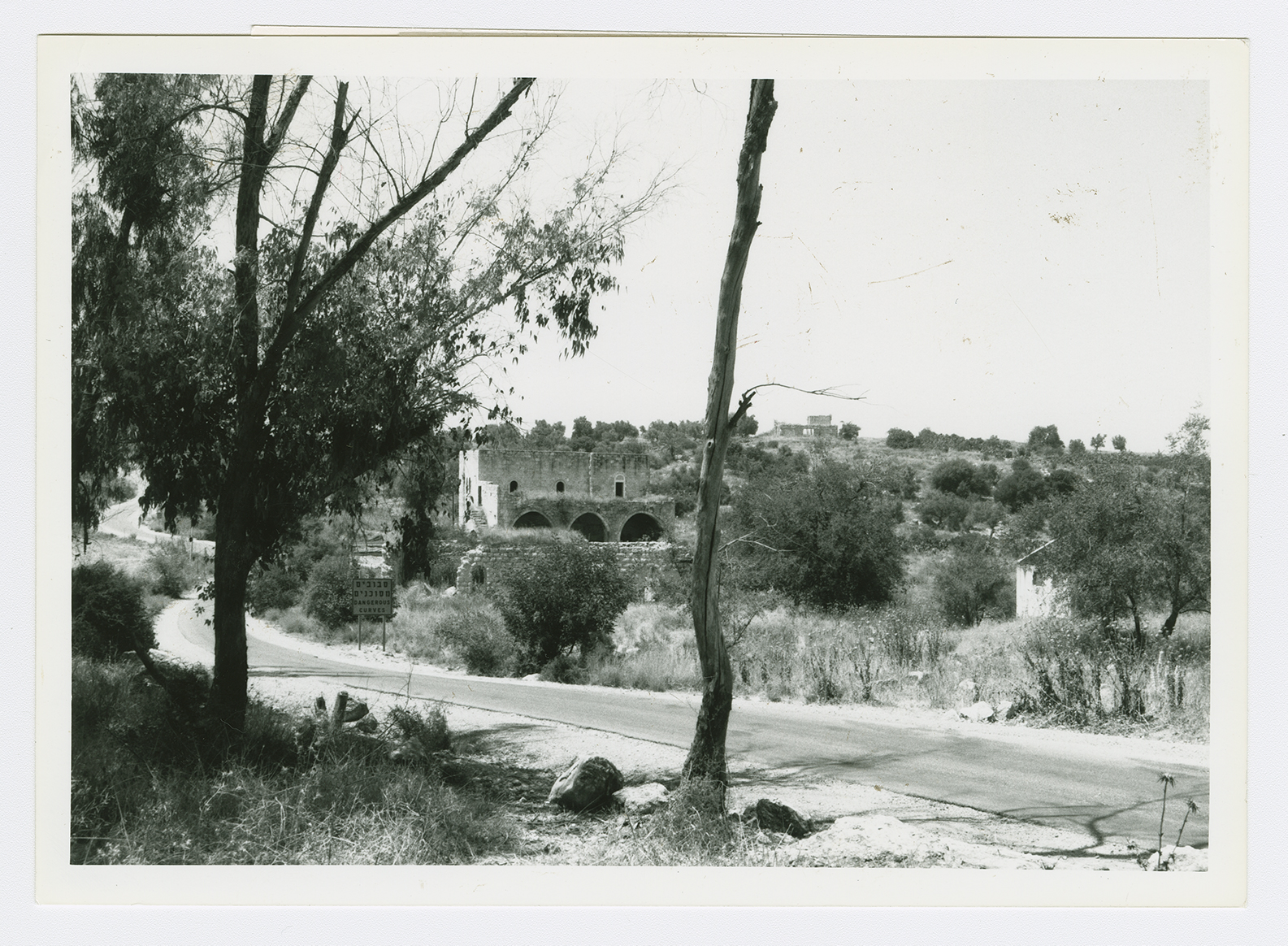 The village site with some remaining houses. 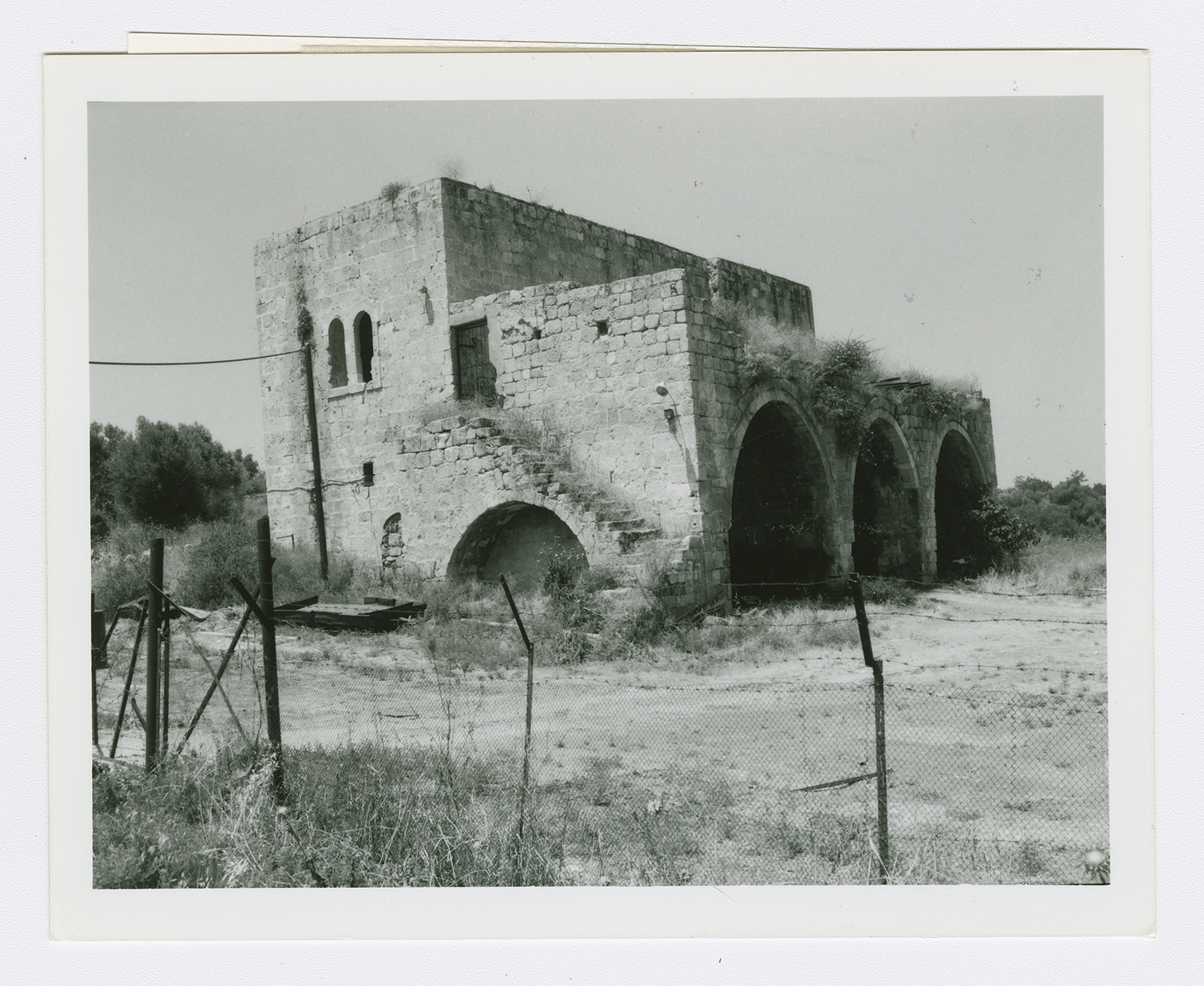 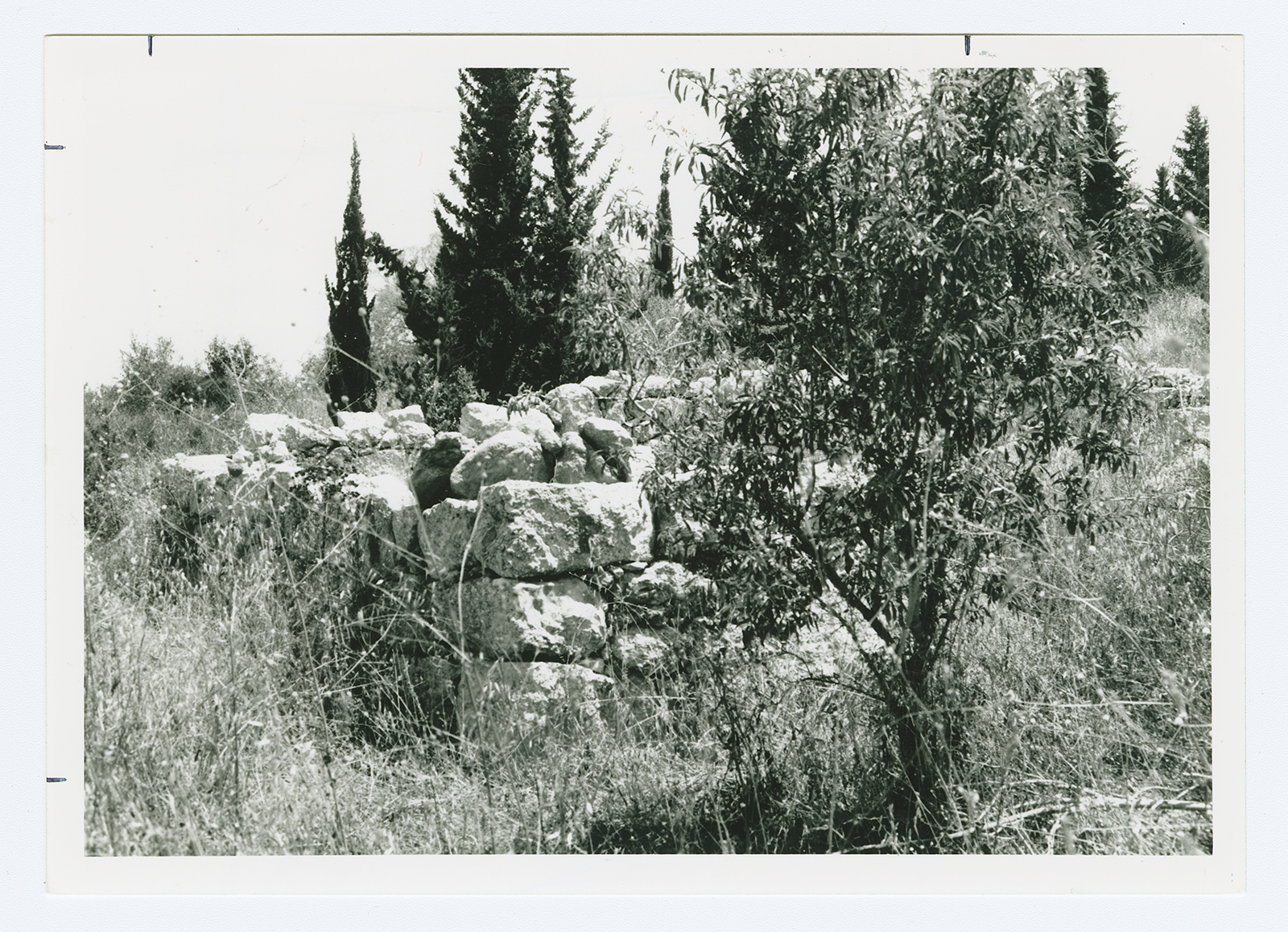 Remains of a village house.