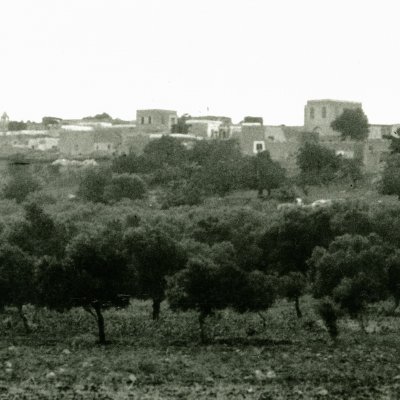 The village stood on a rocky hill that sloped towards the Acre plain. It was a short distance southeast of the junction of two highways, one leading to Acre and the other to Haifa. The Persian traveler Nasir Khusraw (d. 1084), who passed through the village in 1047, called it Birwa

; the Crusaders called it Broet. The village was built around two intersecting roads and its houses were made of stone and mud with wood-and-mud roofs. In 1596, al-Birwa was a village in the nahiya of Akka (liwa' of Safad), with a population of 121. It paid taxes on a number of crops (such as wheat, barley, and fruit) and on other types of produce (such as goats and beehives).

In the late nineteenth century, al-Birwa was a large village near the edge of a plain, with a well on the south and olive trees on the north. The estimated 900 residents who lived there tilled about 50 faddans (1 = 100-250 dunums).

The village expanded considerably during the Mandate, when it became fashionable to build houses with cement roofs. The population consisted of 1,330 Muslims and 130 Christians. Al-Birwa had a mosque, a church, and two schools. One school, for boys, was built by the Ottomans in 1882; the second school, for girls, was founded in 1942/43. Agriculture represented the mainstay of the economy; the villagers cultivated wheat, barley, corn, sesame, and watermelons. In 1944/45 a total of 8,457 dunums was allotted to cereals; 1,548 dunums were irrigated or used for orchards, of which 1,500 dunums were planted with olive trees. The villagers operated three olive presses; two were animal-drawn and the third was mechanized. A tell (Tall Bir al-Gharbi) that lay directly to the west contained artifacts dating from 2300 to 900 B.C.

and may have been a source of cut stone for the village buildings.

On the eve of the first truce of the war, Israeli forces tried to consolidate their positions in the western Galilee by taking control of the hills parallel to the coast. According to the History of the War of Independence, they managed to occupy al-Birwa and positions overlooking the village at this time (around 11 June 1948). This push was probably effected by the Carmeli Brigade in the wake of Operation Ben-Ami . Battles in this area persisted despite the truce. The Israeli army announced on 25 June that its troops had clashed with Arab units at al-Birwa, inflicting 100 casualties. The New York Times correspondent reported that there had been fighting in the village for two days and that United Nations observers were on the scene investigating the truce violations. The reports added that the village "had been held by a small Israeli garrison prior to the truce," and "fell into the hands of the Arabs when troops operating out of Nazareth launched a surprise attack and recaptured the village."

In later years, some of the villagers described the situation at al-Birwa in greater detail, giving an account that diverges somewhat from that of the Haganah and the foreign press. According to their version, the clash at the village was between the Haganah and a group of sparsely armed villagers. Eyewitnesses interviewed by Palestinian historian Nafez Nazzal stated that Zionist forces entered the village on the morning of 11 June, just before the first truce. About forty-five elderly people hid in the church with the village priest. After losing some men in the attack, the village's defenders ran out of ammunition and began to withdraw. The villagers took refuge in surrounding villages for about thirteen days and then decided to reenter the village to harvest their fields before the crops were spoiled. Over ninety-six men armed with rifles and an equal number of unarmed men and women assembled near the front lines of the Arab Liberation Army (ALA). (The ALA did not participate because it had not received any orders.) They then made their way across the lines, shouting Allahu akbar! ("God is greater [than the enemy]!") One villager recalled: "The armed men were in the first line of attack. They were followed by the unarmed men who were carrying shovels, axes and sticks-they picked up the rifles of those who fell in the fighting. Behind came our women, carrying water to help the injured."

The villagers took the Zionist occupiers by surprise, attacking from three directions and forcing them to withdraw to an area about half a kilometer to the west of al-Birwa. They harvested the crops-some had already been harvested by the Haganah troops-and remained in the village for two days, until 24 June. The ALA then suggested that the villagers join their families in surrounding villages; it then took control of the village. But that same evening, the Zionists launched a counterattack and the ALA withdrew, allowing the village to be captured a second time. Many people stayed on the outskirts of al-Birwa and in surrounding villages for a long time; some managed to find their way back to gather some belongings.

The village was not firmly captured until the first stage of Operation Dekel , after the end of the first truce of the war, around mid-July 1948. The Haganah account indicates that the ALA put up a fight in the vicinity of the village, but by the beginning of the second truce on 18 July, the village lay firmly behind Israeli lines.

On 20 August 1948, a blueprint submitted by the Jewish National Fund to the Israeli cabinet called for building a settlement on the village site. On 6 January 1949, Kibbutz Yas'ur was inaugurated on the site, formally supplanting the village of al-Birwa.

In 1950 the settlement of Achihud was established on the western part of village land.

Three houses, two shrines, and a school remain. One of the shrines is made of stone and has a dome with a shallow curvature that spans the entire roof. The school's architecture is similar to that of Qula. All of these landmarks stand deserted amid cactuses, weeds, and fig, olive, and mulberry trees. The debris of destroyed houses punctuates the vegetation. There are also some graves near the site that are in a state of neglect. Part of the site and the land are farmed by the residents of Achihud. 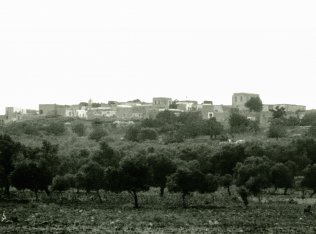 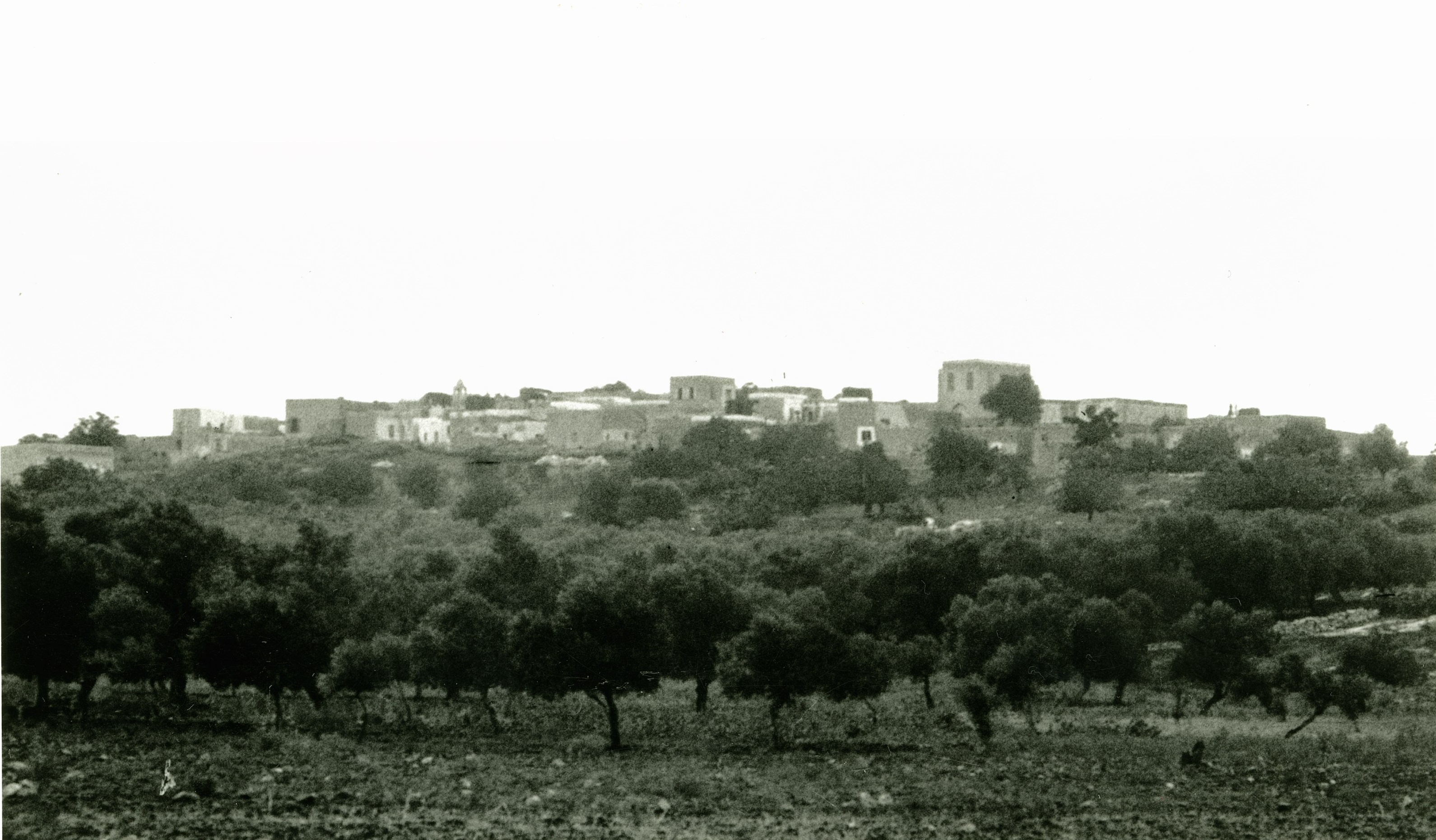 The village of al-Birwa from a distance.