The village was located on the western shore of Lake Tiberias, on the southern edge of the plain of Ghuwayr Abu Shusha, at the foot of a mountain that rose sharply above the plain to a height of some 380 m. It was linked to the city of Tiberias by a highway that wound around the lake shore. AI-Majdal was probably the ancient town mentioned in the New Testament (Luke 7:37-50) as Magdala, the home of Mary Magdalene. In Talmudic sources it appears as Migdal Nunaya, a center for fishing and the fish-salting industry. It was known in the Roman period as Taricheae, a prosperous, fortified Jewish city known for weaving, dye making, and fishing. The Swiss traveler Burckhardt noted in 1821 that the village was in rather poor condition.

In the late nineteenth century, al-Majdal was described as a stone-built village, situated on a partially arable plain. Its population was estimated to be eighty.

In modern times, al-Majdal had a rectangular layout. Its houses were crowded together, although a few houses were spaced further apart toward the north, along the lake shore. They were built of stone, cement, and mud, and some had roofs made of wood and cane covered with a layer of mud. It was the smallest village in the sub-disctrict in terms of area. The inhabitants, all of whom were Muslims, maintained a shrine for one Muhammad al-'Ajami on the northern outskirts of the village. The remains of the Crusader fortress of Magdala (later known as Qal'at ('the fortress of”) Na'la were located on the summit of the mountain, west of the village. About 1 km south of the village, on the lake's shore, was a perforated black stone that was mentioned by Arab travelers in the late seventeenth and early eighteenth centuries. Local belief had it that the holes in the rock were caused by ants that had eaten through it, and for this reason it was called hajar al-namla, 'the ant's stone.' The village economy was based on agriculture; vegetables and grain were the most important agricultural products. In 1944/45, 24 dunums of its lands were planted with citrus and bananas and 41 dunums were planted in cereals; 17 dunums were irrigated or used for orchards. Archaeological evidence of the previous occupations was found in the village.

The only fact provided about the fall of al-Majdal in Israeli sources is that the villagers left on 22 April 1948. Israeli historian Benny Morris indicates that the depopulation of the village was partly due to a military attack as well as to the demoralizing effect of the fall of neighboring Tiberias (on 18 April). Haganah forces based in Tiberias probably seized the village a few days after Tiberias fell into their hands.

The site is dotted with rubble, Christ's-thorn, and a few palm and olive trees. The only remaining village landmark is the neglected shrine of Muhammad al-'Ajami, a low, square, stone structure topped by a formerly whitewashed dome. The land in the vicinity is cultivated by Israelis. 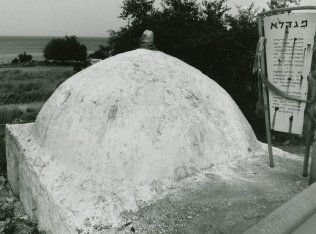 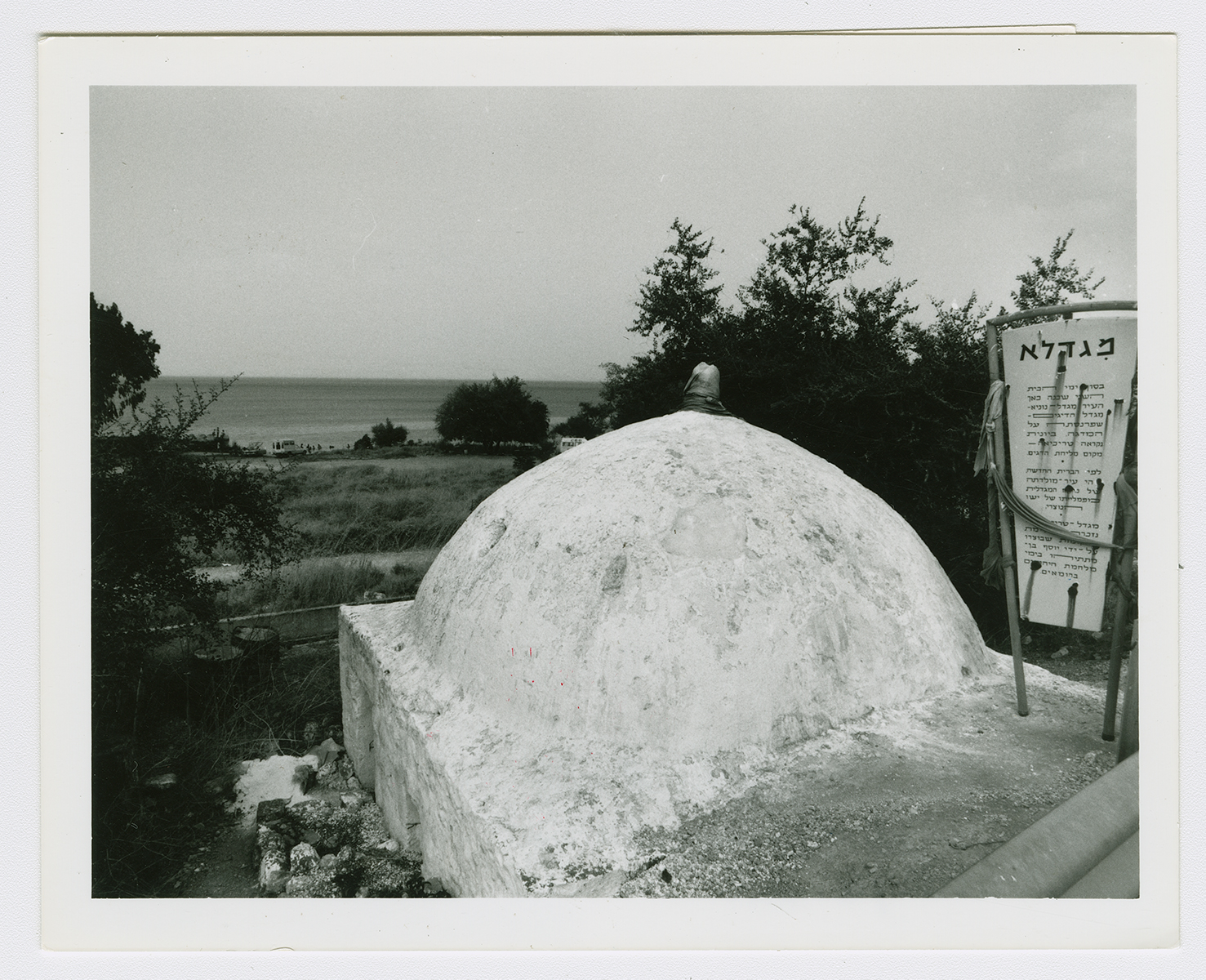 The shrine of Shaykh Muhammad al-Ajami in al-Majdal with a Hebrew sign reading "Migdal-A city on this site during the second temple period."