The village stood on the gently-sloping, southern slopes of Wadi al-Mujaydil, on the Nazareth–Haifa highway. In 1596, al-Mujaydil was in the nahiya of Tabariyya (liwa' of Safad) with a population of twenty-two. It paid taxes on wheat, barley, fruit trees, goats, and beehives.

In the late nineteenth century al-Mujaydil was described as a 'flourishing' village built of stone and mud. It was on the northern side of a small plateau, and olive groves were cultivated to the east and south. The number of its residents was estimated at 800 (in 1859); they cultivated 100 faddans (1 = 100–250 dunums).

Several springs flowed in the vicinity of the village, mainly in the southwest. Al-Mujaydil had a triangular outline; its houses were clustered closely together, and were made of stone and mud, stone and cement, or concrete. In 1945 it was the third largest village in the sub-disctrict in terms of population; it had 1,640 Muslims and 260 Christian inhabitants. There were two elementary schools in al-Mujaydil, one for boys and one for girls. The village also had a Roman Catholic church and a monastery, and a local council that administered its affairs.

A Survey of Palestine

estimates the council's expenditures at 36 Palestinian pounds (P£) in 1929 but offers no figures for subsequent years. The Palestine Gazette

shows that these expenditures amounted to P£80 in 1937 and then fell to P£34 in 1942, although the revenues continued to grow. Agriculture was the backbone of the economy; the most important crop was grain. In 1944/45 a total of 14,982 dunums was allotted to cereals; 1,685 dunums were irrigated or used for orchards, the bulk of which (1,600 dunums) was planted with olive trees. AI-Mujaydil was the second largest olive producer in the sub-disctrict and had two mechanical olive presses in operation. Traces of a Roman road were found close to the village, which may indicate that the region was opened to intensive settlement as early as Roman times.

Like neighboring Ma'lul, al-Mujaydil was occupied by a unit of the Golani Brigade, according to the History of the Haganah. That occurred on 14 or 15 July 1948, during the second stage of Operation Dekel (see 'Amqa, Acre sub-disctrict), as the Israeli army closed in on Nazareth. The attack on this village misled the defenders of Nazareth into believing that the city would be attacked from the south. The History of the Haganah states: 'It seems that the Arabs of Nazareth were confident of their ability to repulse any attack from that direction [i.e. the south],' but it goes on to describe how the assault on Nazareth proceeded from the northwest, by Israeli units concentrated in the previously occupied town of Shafa 'Amr.

AI-Mujaydil was one of the villages in Lower Galilee that was completely emptied of its inhabitants and then razed to the ground.

About 1,200 refugees from al-Mujaydil had reportedly reached Nazareth by the end of July 1948, but it is not clear whether they remained there. 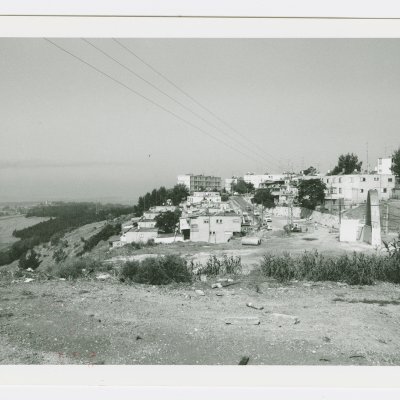 Most of the site is covered with a pine forest that serves as an Israeli park. The monastery and parts of the (destroyed) church are the only remaining buildings on the site; monks still live in the monastery (see photos). Remnants of destroyed houses and the walls of a cemetery are visible. Cactuses and pomegranate, olive, and fig trees grow around the site, which is dotted with wells. 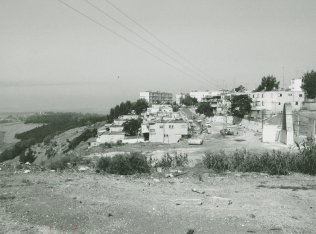 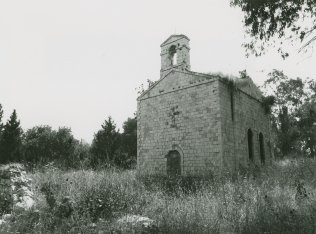 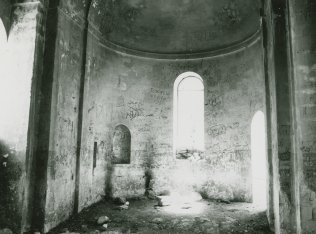 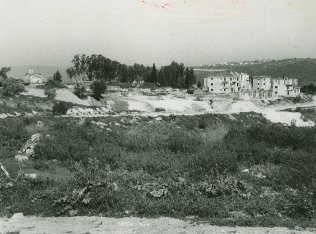 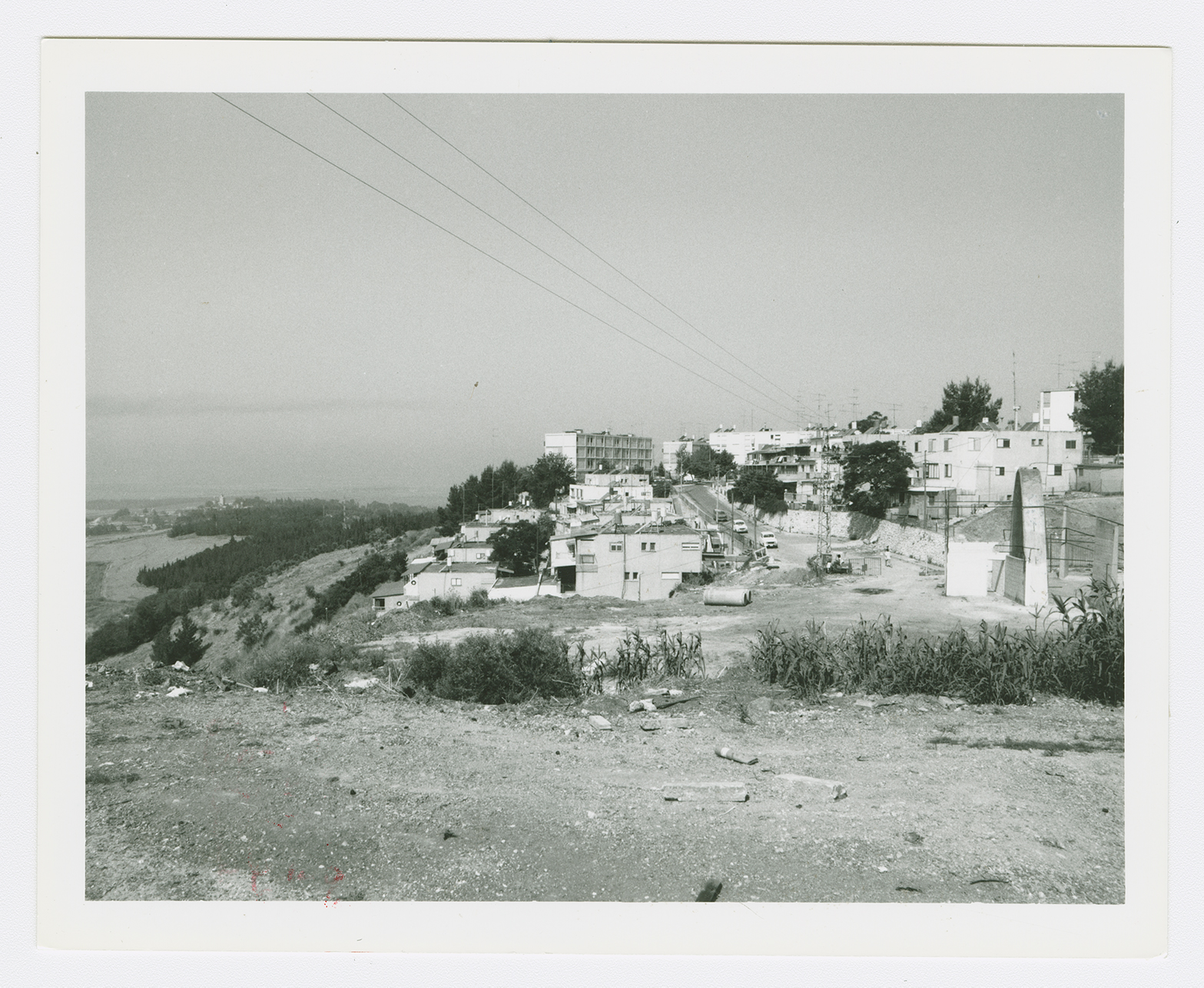 The settlement of Migdal ha-'Emeq on the lands of al-Mujaydal. 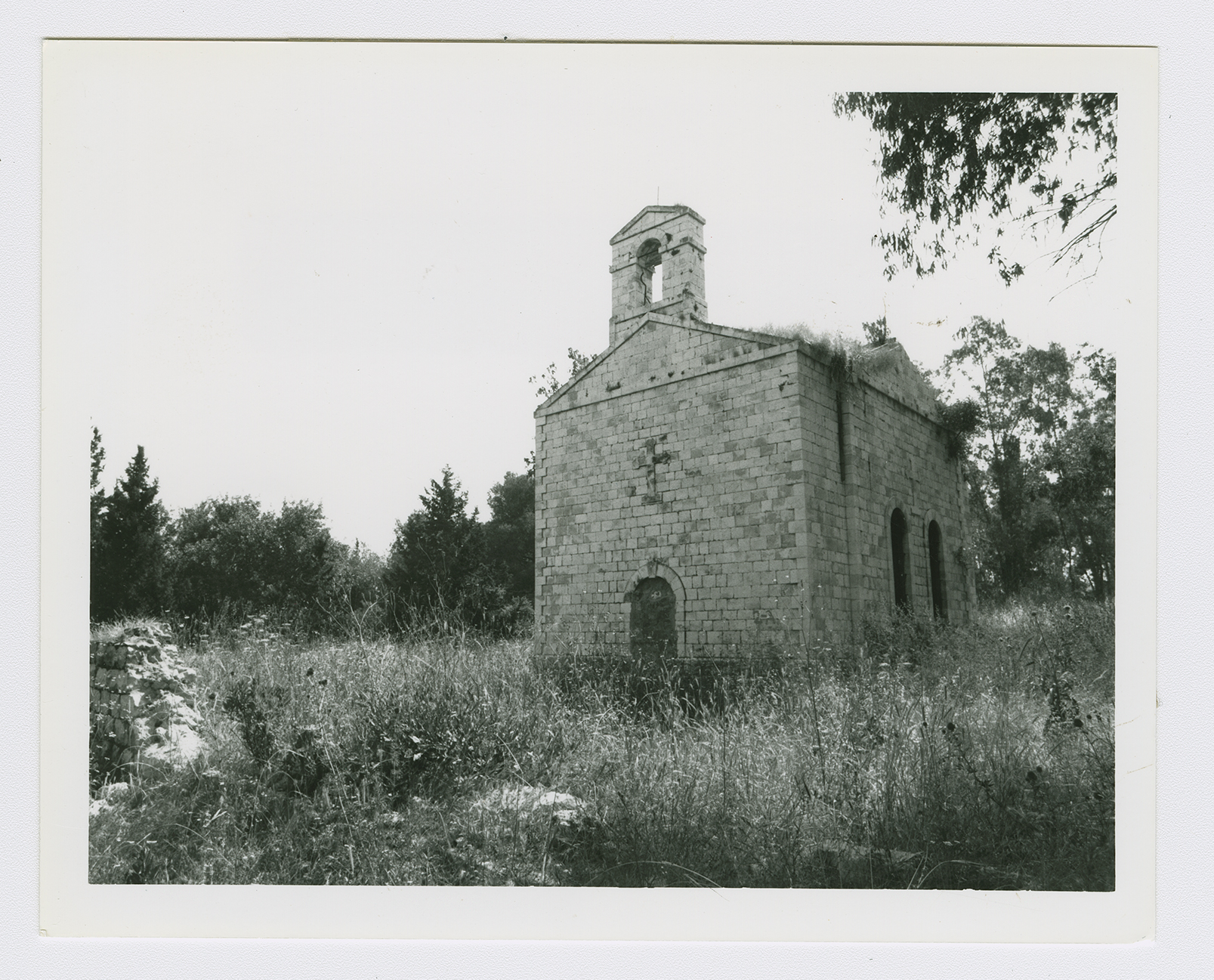 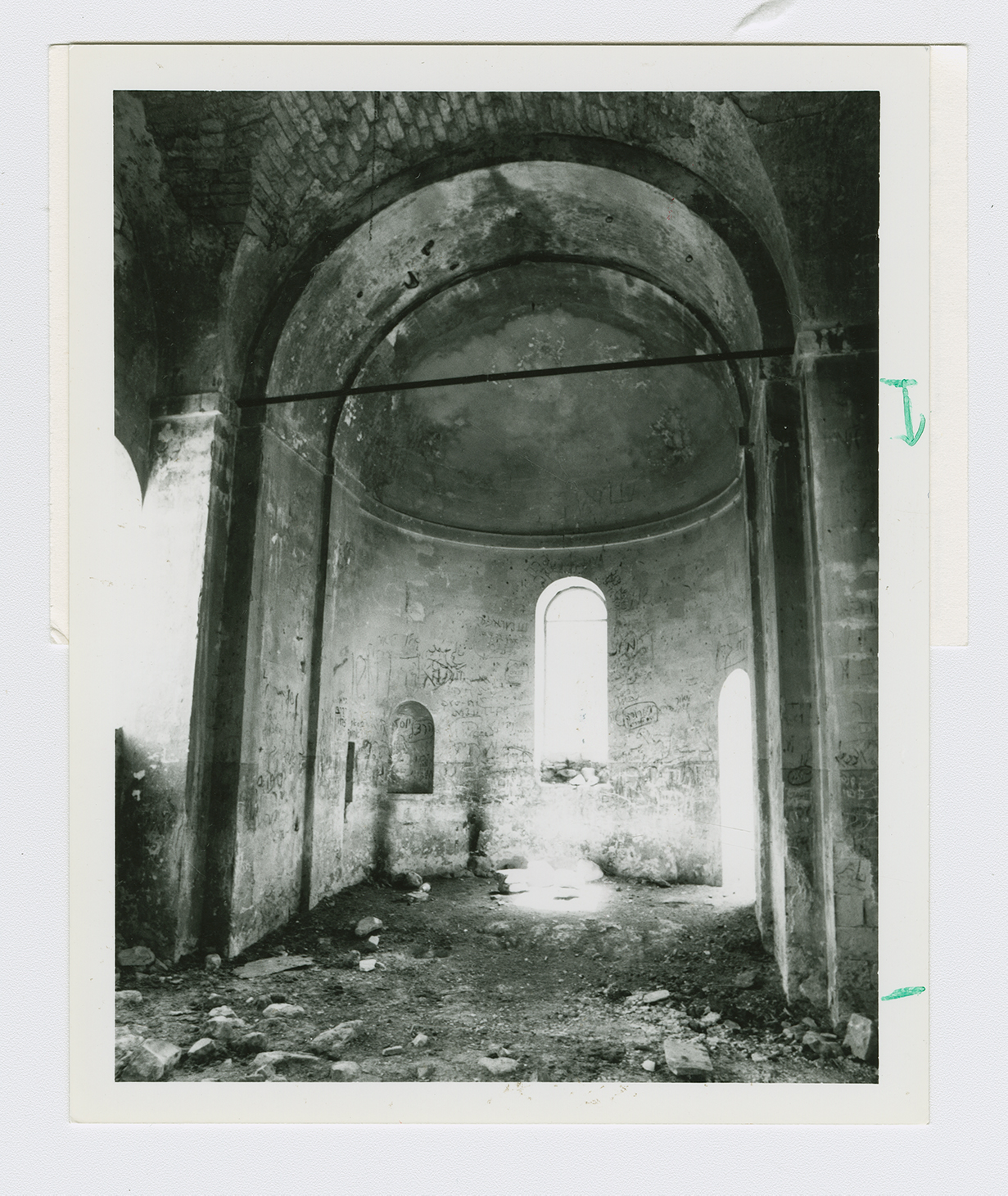 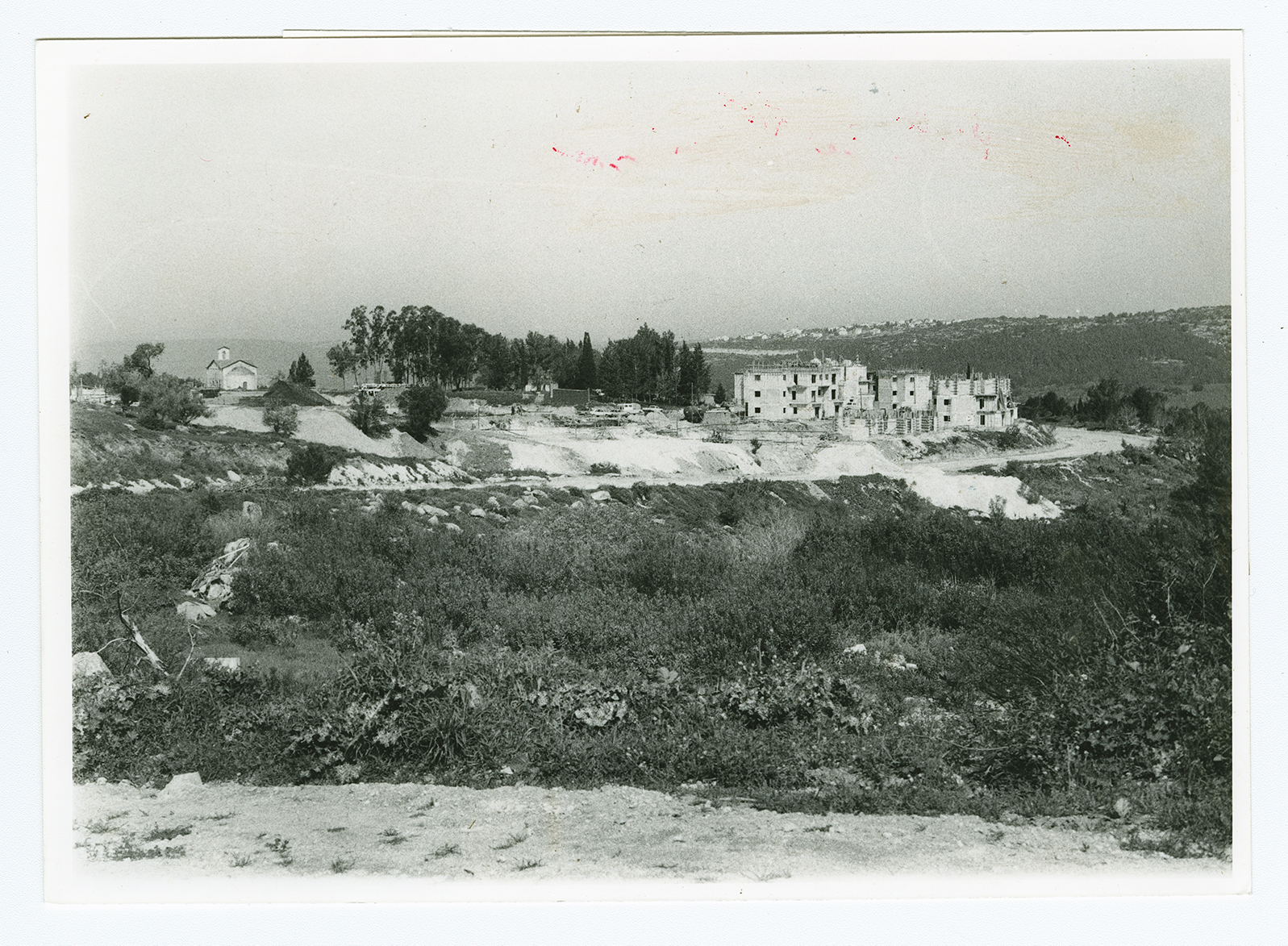 View of al-Mujaydil from the southeast, looking northwest. The village church, to the left, stands on the higher portion of the site. To the right is newly constructed housing for Soviet immigrants.