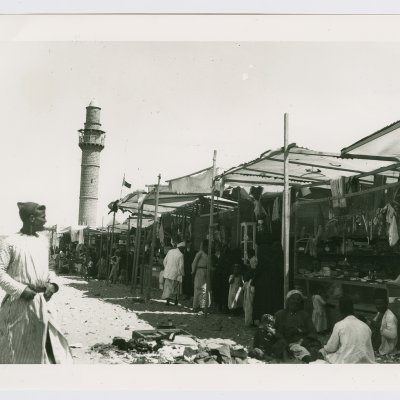 The village was located on the south bank of the Rubin River, 3 km away from the Mediterranean. For Palestinians al-Nabi Rubin had great significance because it was the site of a shrine for al-Nabi (the Prophet) Rubin, who was honored with an annual mawsim (pilgrimage season), during which Islamic and popular celebrations were held. In the Judaic tradition Rubin (or Reuben) was the firstborn son of Jacob and Leah and was known for his scrupulous honesty, in contrast with his half-brother, Esau; while Esau looted and plundered the property of others, Reuben would not even collect plants from a field unless he knew they were ownerless (Genesis 30:14). It was not uncommon for Palestinian Muslims to honor such Old Testament prophets by building shrines for them; there was a shrine for the prophet Moses, for example, south of Jericho, not far from the region in which he is said to have been buried. It is thought that the shrine for al-Nabi Rubin was built in the same place where a Canaanite temple once had stood, and that the mawsim itself was pagan in origin.

The mawsim lasted from July through September and was one of two prominent mawsims for Old Testament prophets in Palestine-the other being dedicated to al-Nabi Musa (the prophet Moses). People flocked to the shrine from Jaffa, Lydda, Ramla, and the region's villages. They sang religious as well as secular/popular songs; danced the dabka; held dhikr sessions (Islamic devotional exercises led by adherents of Sufi mysticism); watched horse races and magic shows; and listened to preachers or zajjals (popular poets).

The participants camped in tents and were served refreshments at makeshift cafés and restaurants. They shopped for wares at booths that entrepreneurs set up for the occasion (see photos).

The village itself was inhabited by members of the Abu Sawayrih tribe, descendants of the al-Maliha Bedouin who had lived in the Sinai. The village's land area, most of which was covered by sand dunes, was the second largest in the sub-disctrict after that of Yibna and was designated as an Islamic waqf (pious endowment). Some of the houses, which were scattered across the site without any discernable nucleus, were also built inside the fruit orchards. Shops as well as a movie theater were built in the neighborhood of the shrine. Water was provided by wells and springs. The population of al-Nabi Rubin was predominantly Muslim. An elementary school for boys was established in the village in 1946, with an enrollment of fifty-six students in the mid-1940s.

The villagers worked in agriculture and animal husbandry; they also catered to the visitors during the mawsim. They cultivated mainly grain, followed by citrus and other fruits, such as figs and grapes. In 1944/45 a total of 683 dunums was devoted to citrus and bananas and 4,357 dunums were allocated to cereals; 184 dunums were irrigated or used for orchards. Eucalyptus and chinaberry trees grew along the river bank and covered large portions of village land. On the far southwest edge of the land lay Manarat Rubin ('The Lighthouse of Reuben'), which was built over the ruins of the old port of Yibna (the Iamnitarum Portus of Roman times). Recent excavations there have located a squarish, beaten-earth rampart measuring 800 m on a side that dates to the second millennium B.C.

Circumstantial evidence indicates that the village was occupied during the second stage of the Israeli army's Operation Barak (see al-Batani al-Gharbi, Gaza sub-disctrict). Israeli historian Benny Morris reports that the villagers were expelled on 1 June 1948, three days before the villagers of nearby Yibna were forced to leave their homes. The expulsions were in keeping with the practice of the Giv'ati Brigade under its commander Shim'on Avidan and in accordance with the Haganah's Plan Dalet.

The shrine of al-Nabi Rubin stands amid shrubs and other wild vegetation. A minaret that has three lancet-arched entrances stands at one end of it (see photo). A number of minor shrines built of large stones also remain. Near the shrine is a deserted, free-standing cement structure that consists of a single, box-shaped room. 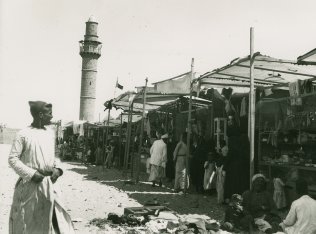 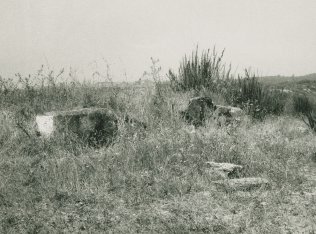 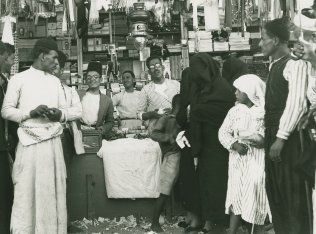 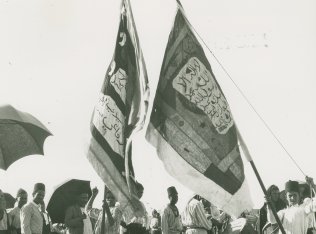 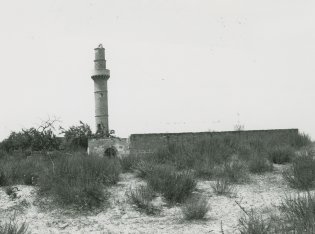 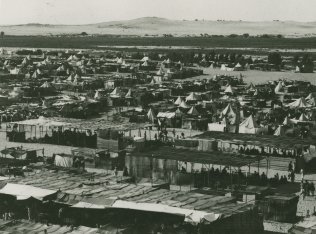 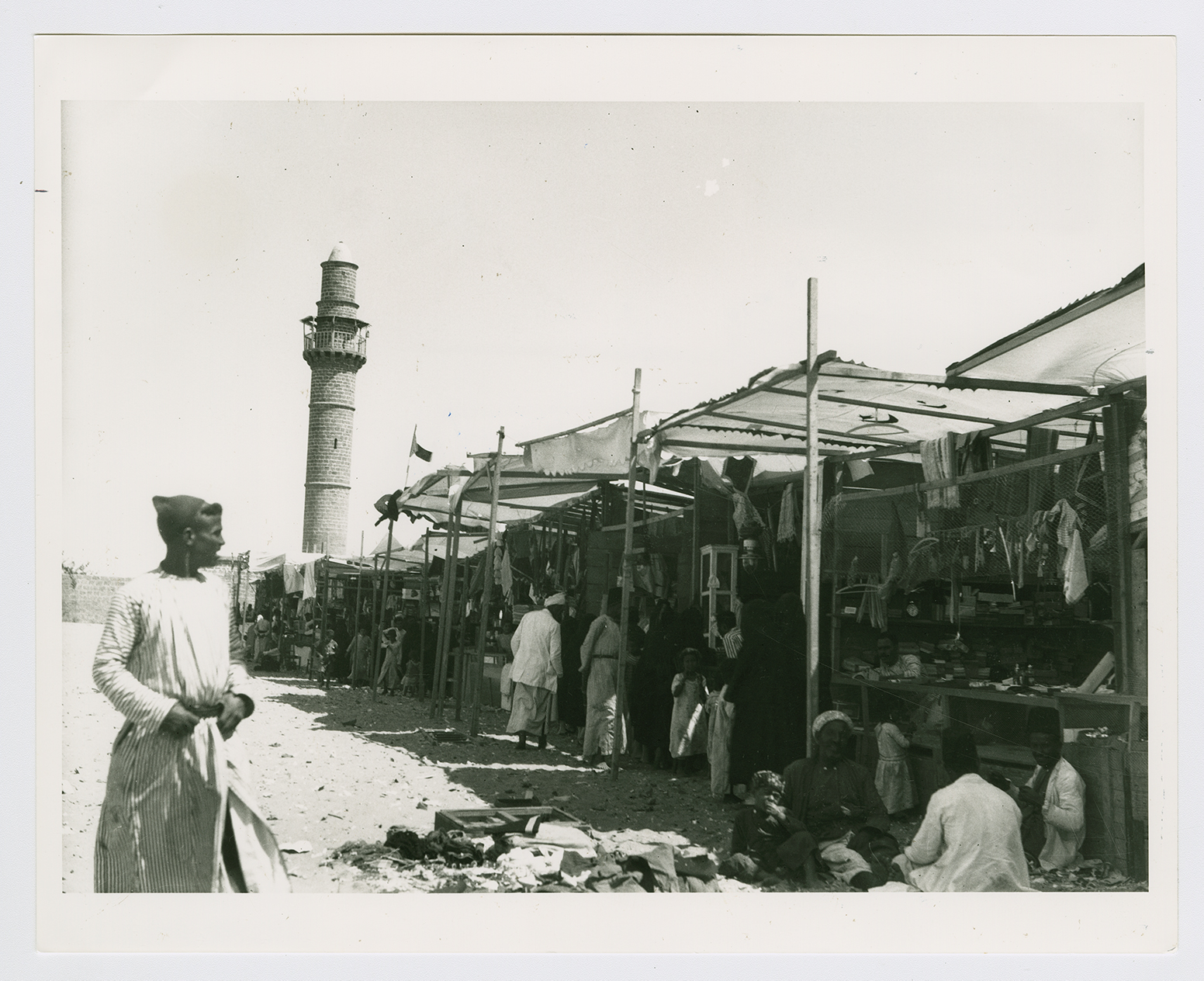 Stalls near the shrine of al-Nabi Rubin at festival time. 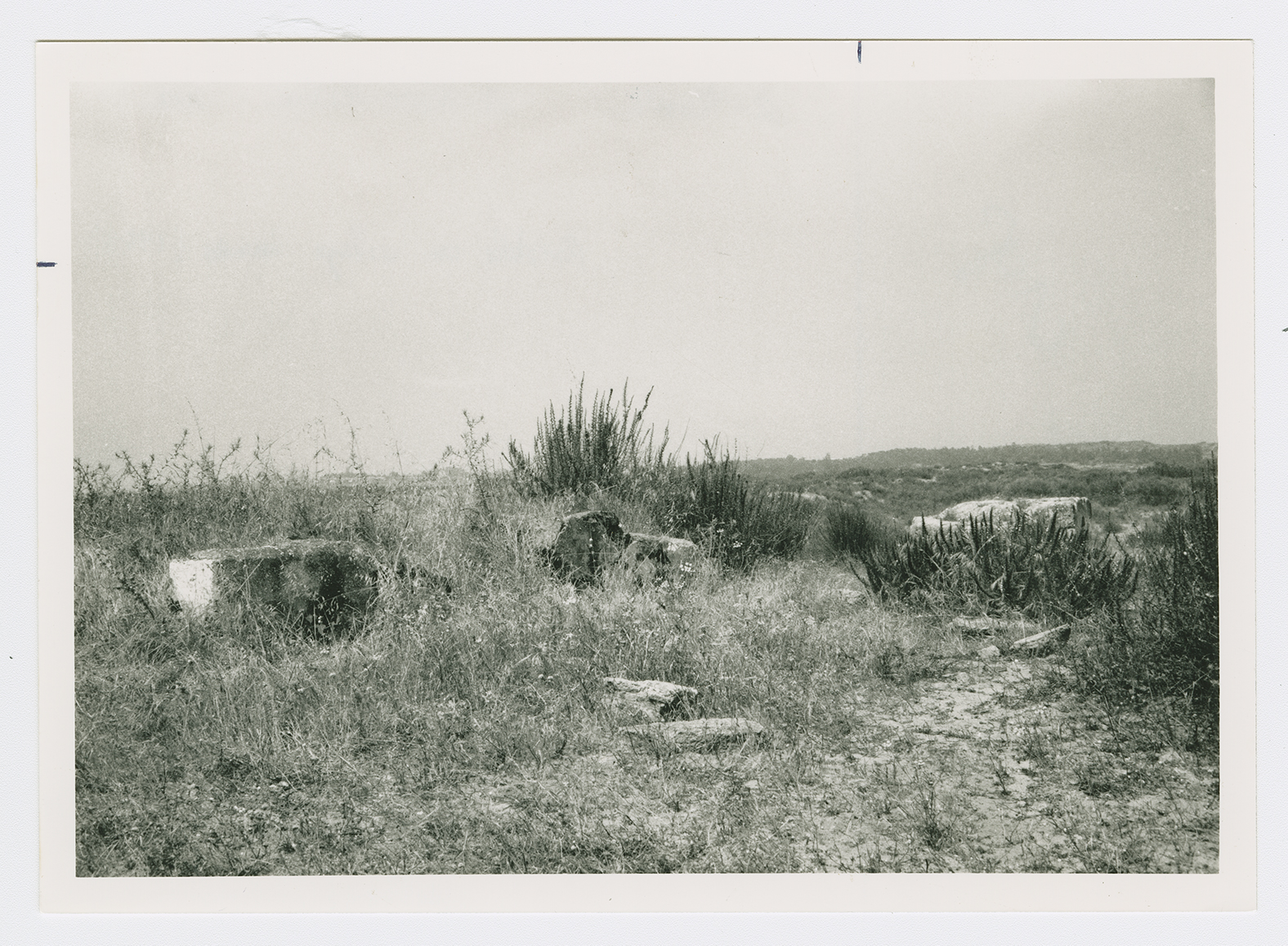 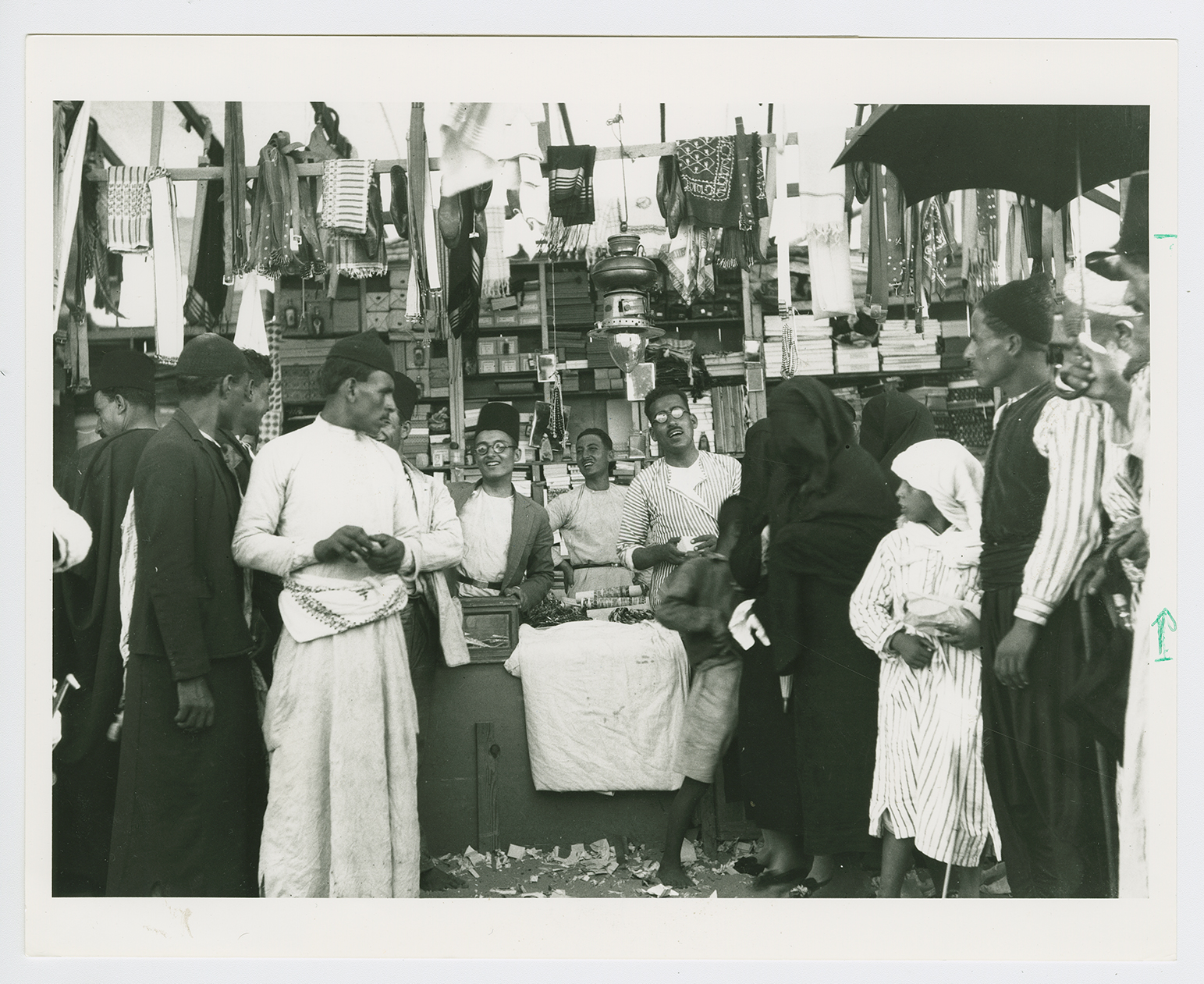 A stall at mawsim time. 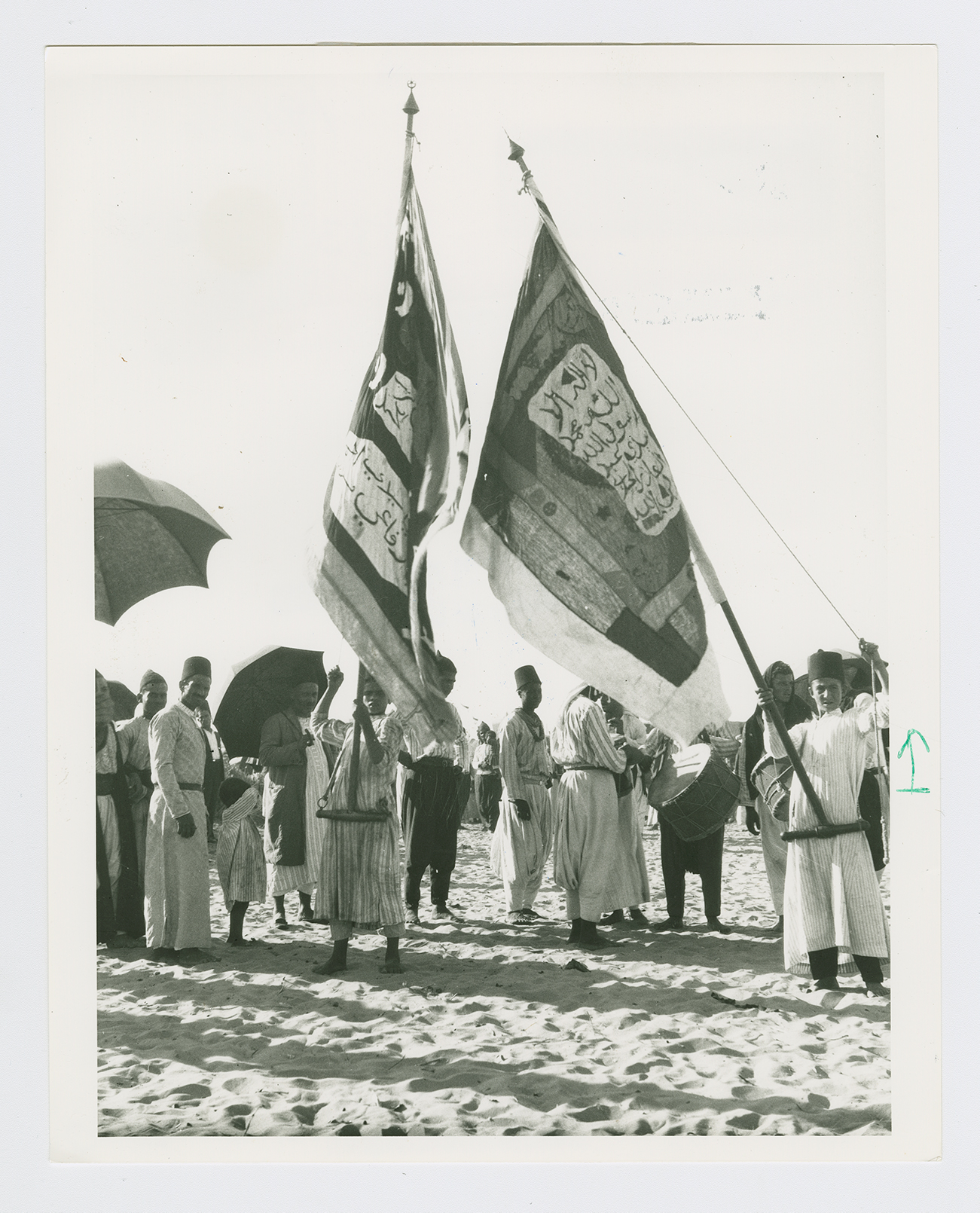 Banners of the sufi orders at the maswim. 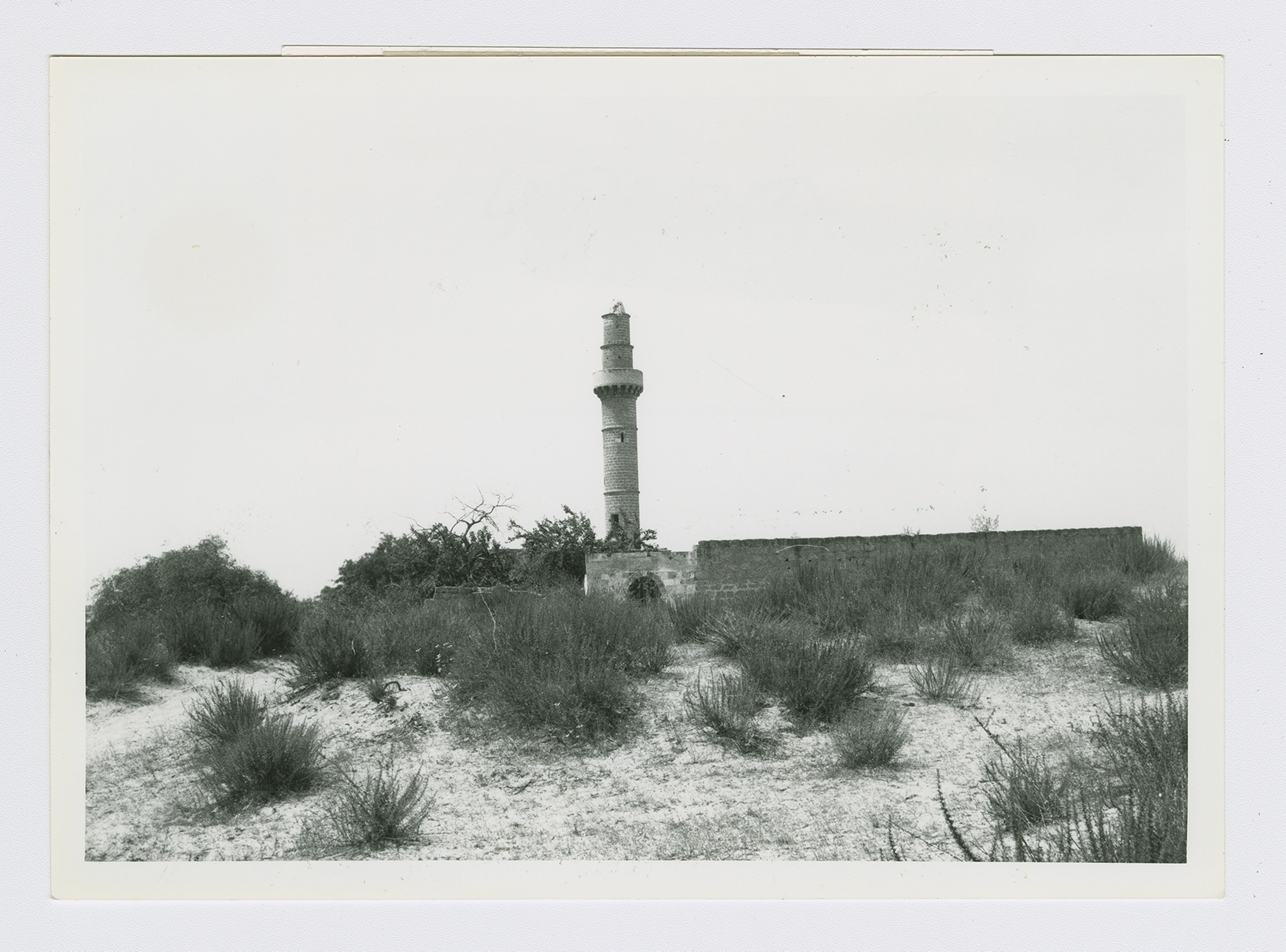 The village mosque from a distance. 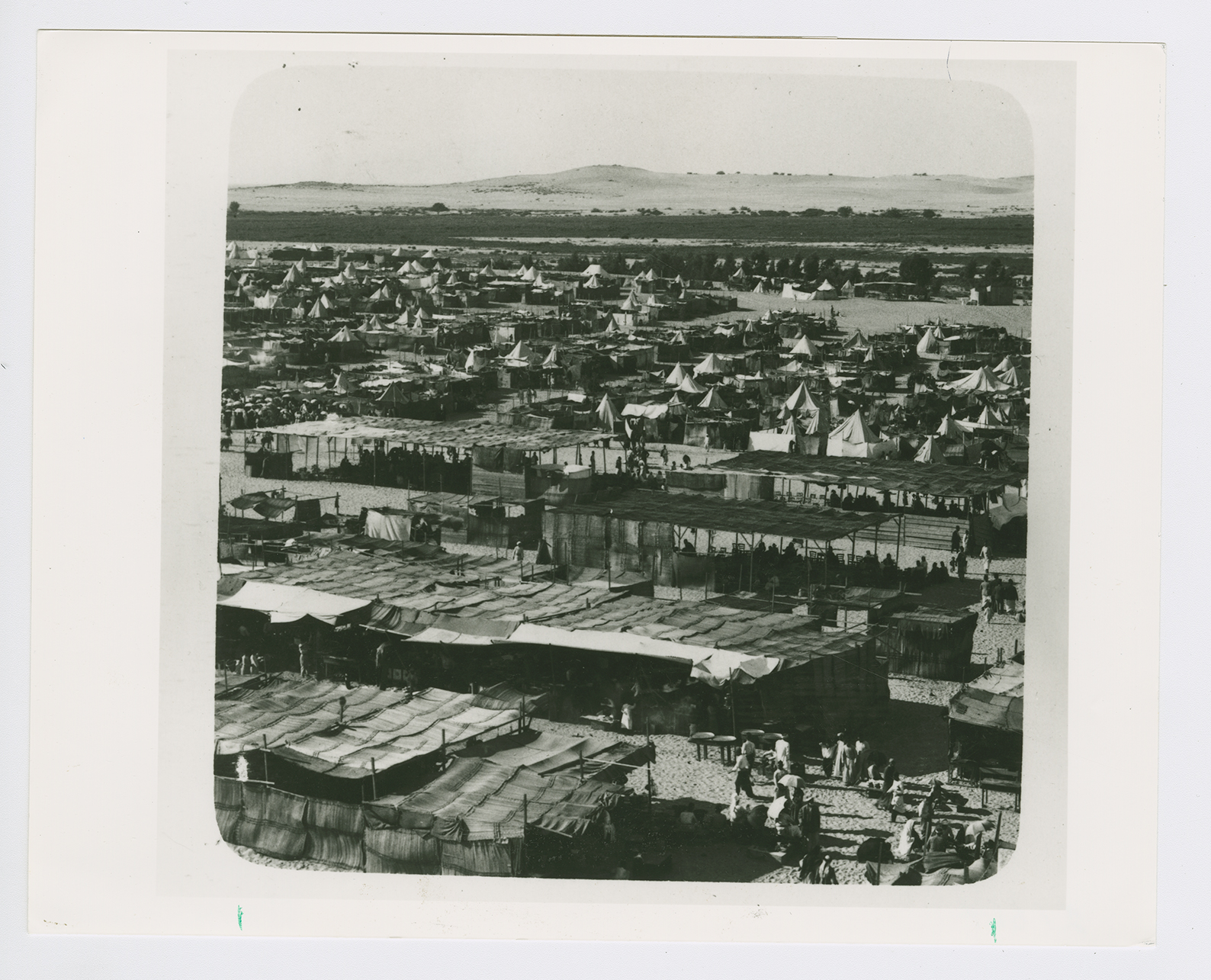 Al-Nabi Rubin during the mawsim with a temporary tent city of "some 20-30,000 inhabitants."