The village stood on the coastal plain, north of the highway that ran northeastwards from the city of al-Majdal to a point where it crossed the Jerusalem–Jaffa highway. The railroad to Gaza passed just north of the village. The adjectival al-Gharbiyya ('western') was added to its name to distinguish it from the two other neighboring villages with the same first name (al-Sawafir). Together they formed a right triangle, with a northeast-southwest hypotenuse. In 1596, al-Sawafir al-Gharbiyya was a village in the nahiya of Gaza (liwa' of Gaza), with a population of 237. It paid taxes on a number of crops, including wheat, barley, and fruits, as well as on other types of produce and property, such as goats, beehives, and vineyards.

In the late nineteenth century, the village of al-Sawafir al-Gharbiyya had several small gardens and wells.

Most of its houses were built of mud and adobe bricks, although a few were made of stone. The village had a mosque—its population was Muslim—and a shrine for one Shaykh al-Baz. It also had a police station. It shared a school with the other two villages; the school had an enrollment of about 280 in the mid-1940s. Agriculture, which was mainly rainfed, constituted the backbone of the economy. Grain, citrus, grapes, and apricots were grown on the land. In 1944/45 a total of 6,663 dunums was allotted to cereals; 585 dunums were irrigated or used for orchards. Al-Sawafir al-Gharbiyya contained the fragmentary remains of earlier occupation. The maqam for Shaykh al-Baz, for example, contained reused columns.

The village fell in the early stages of Operation Barak , according to two Israeli sources. The inhabitants of the village were driven out, either following the extensive attack on nearby Bayt Daras on 10 May 1948, or during the direct military attack on its sister village, al-Sawafir al-Sharqiyya, on 18 May. The village itself may also have been attacked on that day.

One Egyptian account claims that the village was not taken until over a month later, two weeks into the first truce of the war. The account given by the late Egyptian president Gamal Abd al-Nasir, who was a junior officer at the time, chastises the Egyptian military command for allowing the village to be occupied, along with two others. He writes that on the day the truce was announced, the villages were empty of Israeli troops, adding ironically that 'our High Command had preferred to present the enemy with the opportunity of occupying them so that our troops could recover them by assault.' As hostilities resumed on 9 July, Abd al-Nasir's battalion was given orders to recapture the village. The occupation was dependent upon the capture of Bayt Daras, which was briefly entered by a Sudanese unit but relinquished due to a careless error. In the meantime, Abd al-Nasir organized a reconnaissance maneuver of the site, penetrating behind enemy lines in order to draw up a plan of attack. He recalls that the Israeli force in the al-Sawafir villages was a small one. The History of the War of Independence confirms that the Egyptians planned to capture the village in early July, but were prevented from doing so after a Sudanese force was ousted from Bayt Daras.

All of the houses are gone. Some cactuses and fig and sycamore trees grow on the site. An old village road is clearly visible. The cemetery is overgrown with wild vegetation. One can see the debris of (what appears to be) a water-pump building in the al-Baz orchard . The adjacent lands are cultivated by Israeli farmers. 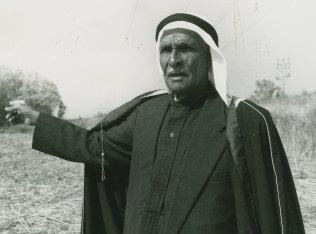 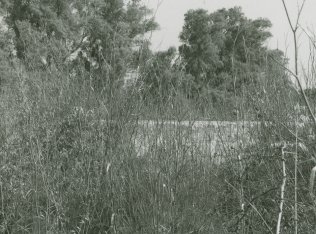 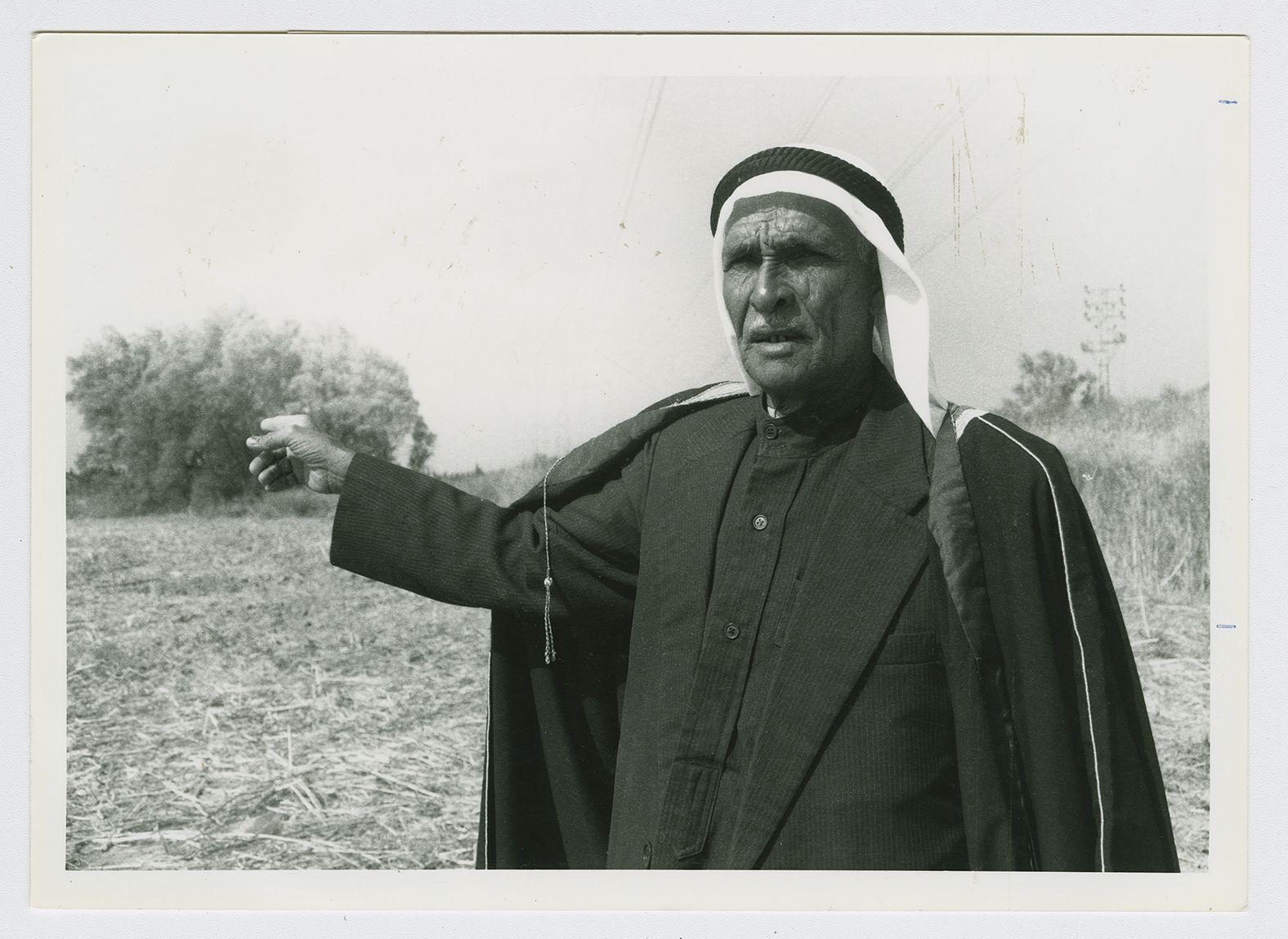 A villager of al-Sawafir al-Gharbiyya points out the village site. 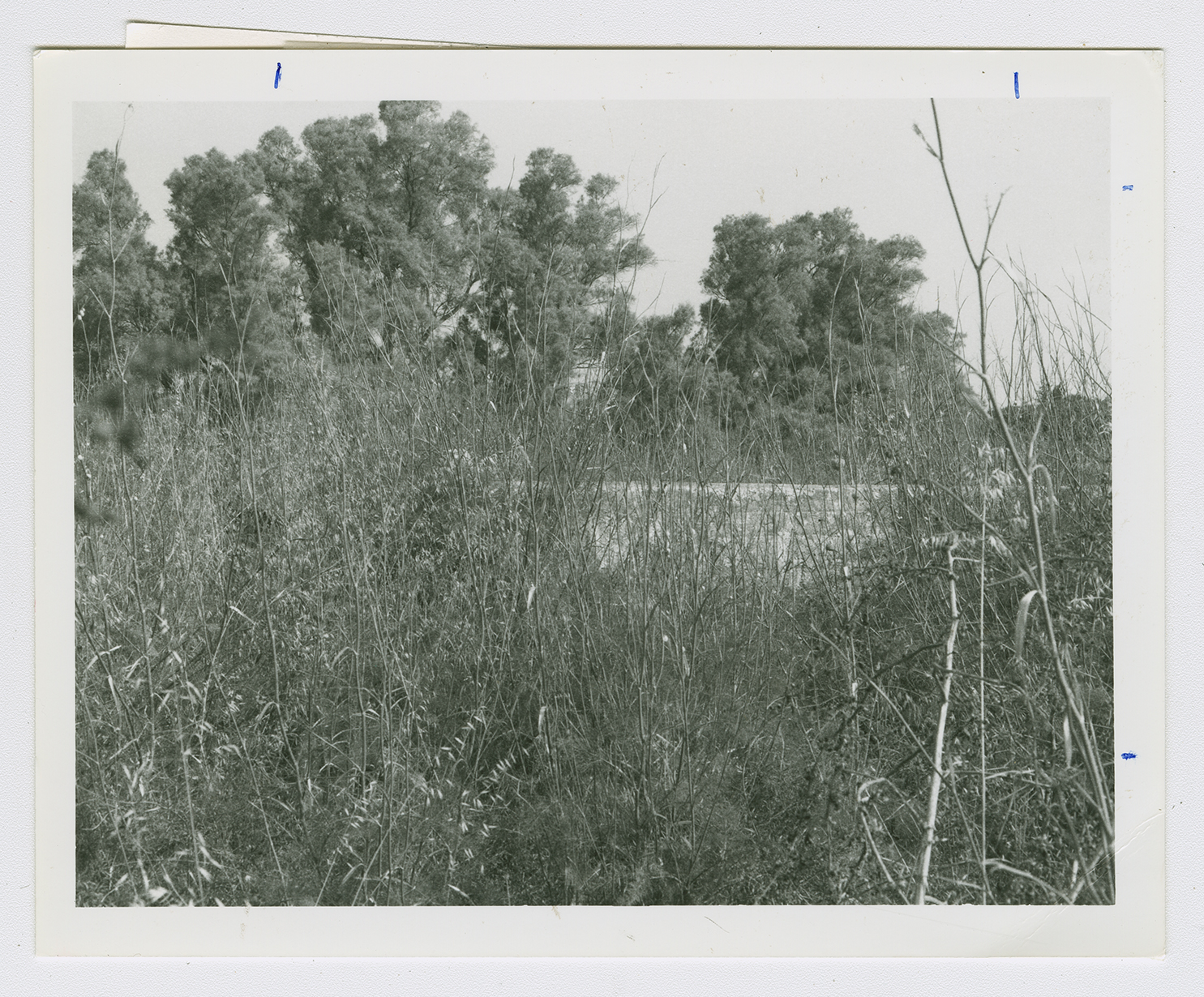 The remnants of the village pump-house.