The village stood on a sandstone hill near the Mediterranean coast. South of it were the historic aqueducts of al-Kabri, on the wadis of al-Majnuna ('the mad woman') and Tall al-Zuhur ('the mound of flowers'), so named because of its masses of wild flowers. The tell served as a recreation area for Acre and the adjacent villages. The al-Kabri canal ran west of the village down to Acre. The village was linked to Acre and Ra's al-Naqura (and ultimately to Beirut) by the coastal highway. Al-Sumayriyya may have been called Katasir in Canaanite times; its subsequent name may have been derived from that of the Jewish sect, the Samaritans, who were ordered out of the Acre area in the eighteenth century and who moved to Nablus, where they still live.

The Crusaders referred to it as Someleria.

In the late nineteenth century al-Sumayriyya was situated on a plain and surrounded by clumps of olive and fig trees. Its population was estimated at 200–400.

Many of its houses were built of sandstone but a few were of adobe. All of the village residents were Muslim, and they maintained a village mosque. The village also had a school, founded in 1943, in which approximately sixty students were enrolled. Some inhabitants worked in the village's stone quarries, but most engaged in agriculture, growing citrus, cucumbers, melons, wheat, sesame, and other crops. In 1944/45 a total of 632 dunums was devoted to citrus and bananas and 6,854 dunums were allotted to cereals; 354 dunums were irrigated or used for orchards. The village had two archaeological sites. One of them (Tall al-Sumayriyya) contained carved stones, a mosaic floor, tombs, columns, and stone capitals, and the second (Abu Ataba) contained an Islamic shrine and ceramic fragments.

The village was occupied on the morning of 14 May 1948, when it was attacked by the Carmeli Brigade from the northwest and south. This occurred during Operation Ben-Ami. Israeli historian Benny Morris writes that this left 'the village's eastern side wide open to allow the Arabs to escape―which the villagers did as the units mortared the site and closed in.' But Palestinian historian Arif al-Arif states that the village was captured after heavy fighting during which all the young defenders of the village perished when their ammunition ran out. The History of the Haganah relates merely that forces landed by sea at a point nearby and proceeded to take al-Sumayriyya.

Eyewitnesses provided more details which differ somewhat from the versions cited above. The village militia of about thirty–five men was defending the village and was taken by surprise by an armored unit approaching from the south. A villager recalled that one of the men began to fire in the air to welcome what he thought was a unit of the Arab Liberation Army. But he was fired upon and killed instantly. Most of the women and children had been evacuated to Acre and neighboring villages, but the men attempted to repel the attack from the northwest before withdrawing, 'leaving behind many killed and injured.' Later, some returned to bury their dead, but could only recover one body in the southernmost part of the village. One of those who returned for a short time reported that 'most of the village was destroyed.' That testimony receives corroboration from a photograph published in the New York Times less than two weeks after its occupation, showing extensive wreckage in the village caused by 'Jewish demolition squads.' The photograph was taken by the Associated Press; according to its caption, the village 'was used by Arabs as a sniping point on the north–south highway.'

By June 1948, the Jewish National Fund had initiated the levelling of al-Sumayriyya, with authorization from Israel's prime minister David Ben-Gurion. And some seven months later, on 27 January 1949, a kibbutz (Lochamey ha-Geta'ot, named after the 'Fighters of the Ghettoes') was established on its ruins.

Shavey Tziyon and Regba are both close to the northern boundaries of al-Sumayriyya's lands; they were established on land that belonged to the Arab village of al-Mazra'a, which still exists. Shavey Tziyon was founded in 1936 as an armed fortification with a watchtower. A residential quarter called Shekhunat Chof was built nearby and was merged with Shavey Tziyon in 1949. Regba, established in 1946, is close to the village site.

One room from the mosque, portions of a building, segments of walls and arches from fallen houses, and graves are all that remain of al-Sumayriyya. The remaining part of the mosque is a square stone building with a flat roof that is supported on girders and crossbeams. It has a round–arched doorway that is presently closed. Most of the site is covered by a forest of eucalyptus trees interspersed with bushes and wild grass. There is a cowshed on the site's northern section. The lands in the vicinity are cultivated by the settlement of Regba. 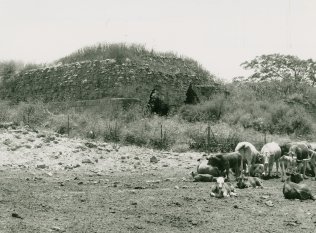 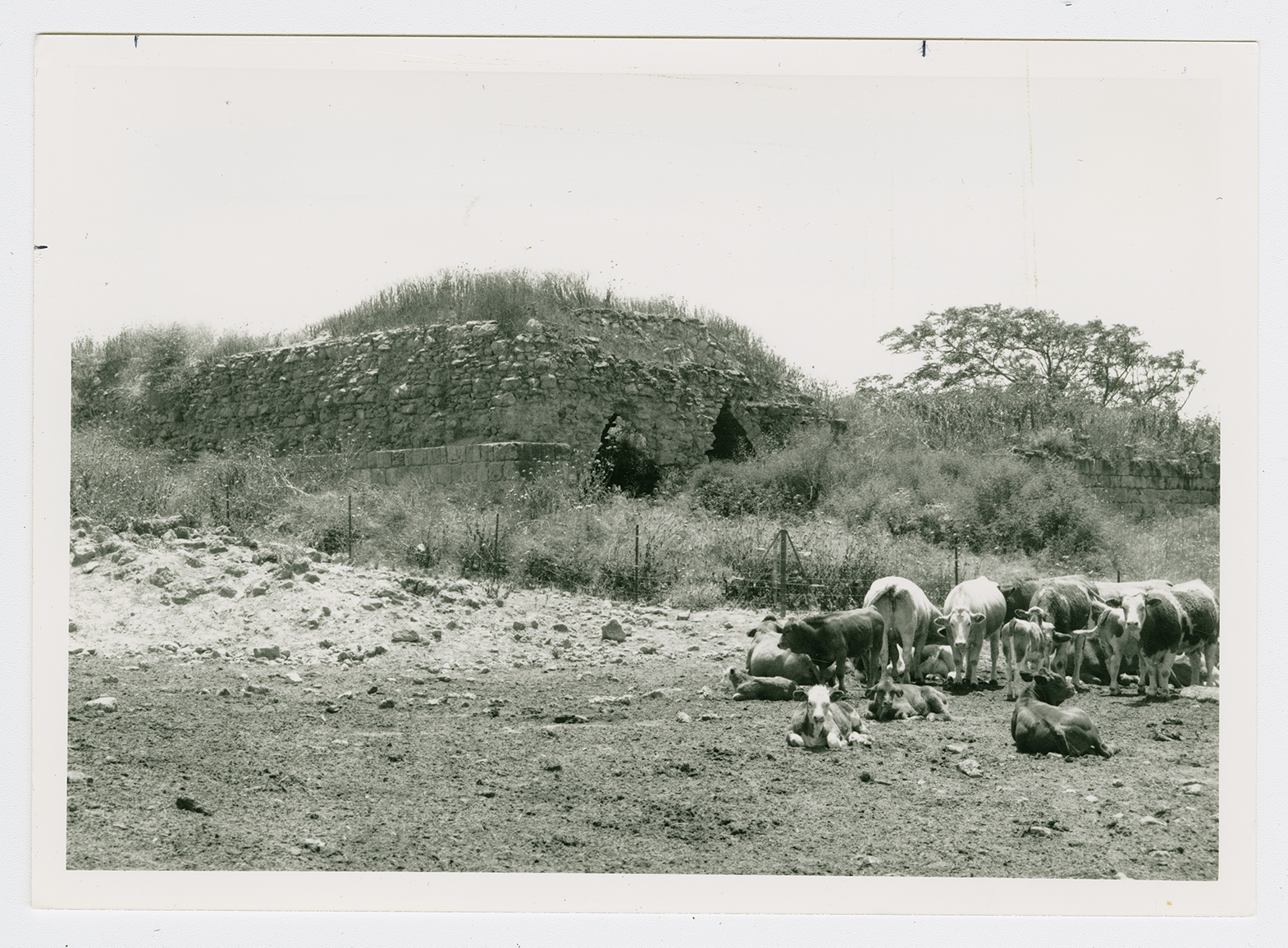 Remains of a building on the village site.