The village of al-Tabigha was situated on flat terrain on the northwestern shore of Lake Tiberias. It was on the northern edge of a plain called Ghuwayr Abu Shusha. A spur connected it to the Tiberias-Safad highway, and a secondary road linked it to the neighboring village of al-Samakiyya. There were many springs in and near the village; al-Tabigha was identified with the site of the classical village of Heptapegon (whose Greek name meant 'the seven springs'). The Crusaders referred to it by the name 'Mensa Christi' In 1596, al-Tabigha was a village in the nahiya of Jira (liwa' of Safad) with a population of forty-four. It paid taxes on a number of crops, including wheat and barley, as well as on other types of property, such as goats, beehives, and orchards.

In mentioning the area, the Swiss explorer Burckhardt referred to a spring in al-Tabigha which, he said, was salty. He noted that there were houses and a mill near the spring, and reported that the few inhabitants earned their living by fishing.

The American biblical scholar Edward Robinson saw one or two mills there, which were driven by water from a stream, and several others that were not functioning. These mills belonged to the government and were operated by people from Safad.

During the Mandate the village was classified as a hamlet by the Palestine Index Gazetteer. Its houses extended along the lake shore and along the spur that linked the village to the Tiberias-Safad highway. Of the 330 people who lived in al-Tabigha, 310 were Muslims and 20 were Christians. Although there was some fishing, agriculture was the mainstay of economic life. Olive trees were planted in the northern part of the land, separated from the site by a small wooded area, and banana groves occupied seven dunums. Palm trees also grew south of the village. In 1944/45 a total of 2,728 dunums were allotted to cereals, and 287 dunums were irrigated or used for orchards.

AI-Tabigha was the site of a fourth century Byzantine church that was dedicated to the memory of the miracle described in the Gospels as the 'multiplication of the loaves.' Archaeological work on the church has shown that it was rebuilt in the fifth century and then destroyed, probably during the Persian invasion in A.D. 614. The mosaics in this structure are well preserved and reflect considerable skill. Very near to the west is Khirbat 'Urayma (200252), which was excavated in the 1980s and contained evidence of human occupation throughout the Bronze and Iron ages. A bit to the south, along the lake shore, is Khirbat Minya (201252), which contains the ruins of a palatial structure constructed during the reign 'of the Umayyad Caliph al-Walid ibn 'Abd al-Malik (reigned A.D. 705-715). In the 1930s a team of German archaeologists found Arab pottery and engravings inside the palace. Among the findings was a gold dinar that was minted in A.D. 707 in the name of the caliph. Further south but with the same coordinates is Khan al-Minya, which was built by Sayf aI-Din Tankiz (d. 1340), the Mamluk governor of Syria, during the reign of the Mamluk sultan Nasir al-Din Muhammad ibn Qalawun (1279-1290). The khan was mentioned by several Arab and western travelers, including the Syrian Sufi al-Shaykh 'Abd al-Ghani al-Nablusi (1689), the American Edward Robinson (1841), and the Swiss Burckhardt (1822), who all praised the greenness of the area and the pleasant appearance of the structure.

AI-Tabigha was occupied, its inhabitants expelled, and its houses partially destroyed, on or shortly after 4 May 1948. This occurred during Operation Broom (Matate), which had been designed by the Palmach to 'sweep' Arabs out of the area in the Jordan Valley east of Safad. The operation was part of the larger Operation Yiftach (see Abil al-Qarnh, Safad sub-disctrict). The orders given to company commanders stated that this village and two others should be attacked, 'their inhabitants expelled and their houses blown up.' Israeli historian Benny Morris also states that the fall of Tiberias in mid-April triggered a partial exodus from the village.

When interviewed some years later, the villagers said that they first fled to neighboring al-Samakiyya, whose inhabitants had five rifles and thought they could protect themselves. On 4 May, they saw smoke rising from al-Tabigha. Later that day, armored cars approached al-Samakiyya. As it became clear that al-Tabigha had been set afire, the villagers panicked and fled towards Syria without gathering their belongings, as Haganah soldiers fired over their heads. A few villagers managed to return to al-Tabigha in the following days, but within a week, Haganah patrols made it all but impossible to return.

in the vicinity still stand. One part of the surrounding land is used as a grazing area and the remainder is cultivated by Israelis. The entire area is considered a major Israeli tourist site. 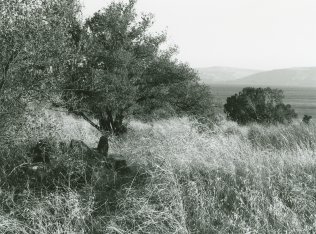 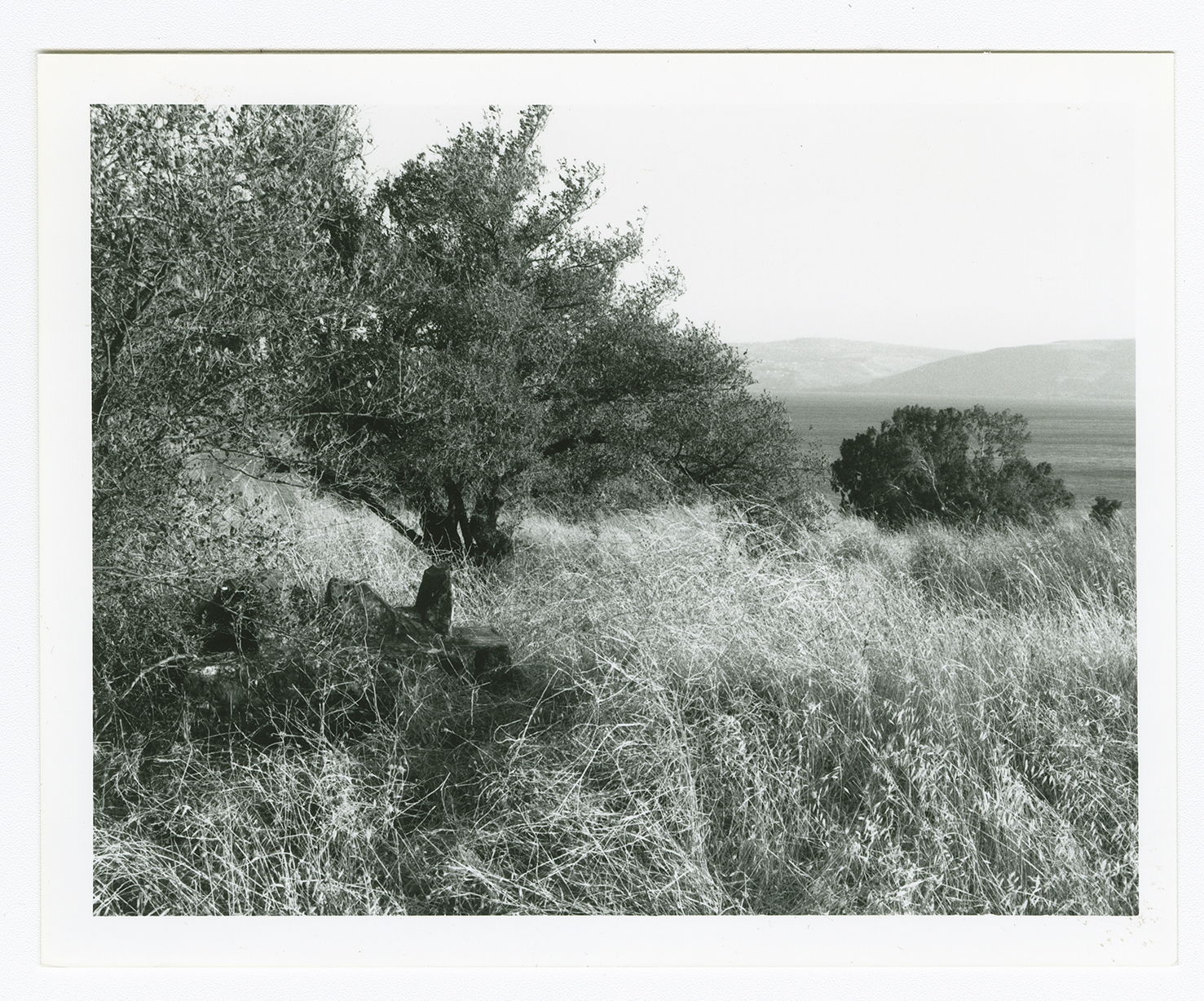 Part of the village site overgrown with trees and thorns.