The village was built on flat terrain on the southern coastal plain and was surrounded by equally flat areas. AI-Tina ("fig" in Arabic) was linked by a highway from Gaza to the al-RamIa-Jerusalem highway, and by roads and dirt paths to surrounding villages. In 1596, al-Tina was a village in the nahiya of Gaza (liwa' of Gaza) with a population of fifty-five. It paid taxes on a number of crops, including wheat, barley, sesame, and fruit, as well as on other types of produce, such as goats and beehives. [Hut. and Abd.:143) In the late nineteenth century, al-Tina was a village built of adobe bricks with a well to the south. [SWP (1881) II:414) The Bir al-Sabi'-Ramla railway line traversed the countryside south of al-Tina during Ottoman rule but this line was terminated during the Mandate. AI-Tina was the birthplace of 'Abd al-Fattah Humud (1933-68), a petroleum engineer who was one of the founders of al-Fatah, the major PLO faction.

The village, which consisted of one main section and two smaller sections in the south and west, expanded during the Mandate, when new houses were built along the roads to three neighboring villages. The majority of the houses were made of adobe brick and were clustered together, separated by narrow alleys. The people of al-Tina, all of whom were Muslim, worshipped in a mosque on the north side of the village. AI-Tina had a number of shops and a school, founded in 1946-47 with an enrollment of sixty-seven students. Residents drew water for domestic use from wells. Their most important crop was grain, but they also grew fruits and vegetables. In 1944/45 a total of 141 dunums was devoted to citrus and bananas and 5,639 dunums were planted in cereals. Some crops were rainfed and others, especially citrus, were irrigated from wells.

AI-Tina, which was attacked even before the truce expired on 8-9 July, was one of the first villages to be occupied during Operation An-Far (see Bi'lin, Gaza sub-disctrict). AIso seized at the same time were al-Masmiyya al-Kabira, al-Masmiyya al-Saghira, and al-Jaladiyya, all in the Gaza sub-disctrict. A New York Times correspondent wrote that one effect of the capture of the four villages was to block the possibility of an Egyptian breakthrough to al-Latrun.

There are no Israeli settlements on village lands. Kefar Menachem (134126), established in 1937, is located 3 km to the southeast on lands that belonged to the village of Idnibba.

The village has been completely effaced. Next to the site is a wide area, overgrown with bushes and thorns, that is fenced-in on the southern side. An orange grove is planted on the northern and western edges of the site. A highway that runs east-west passes to the south, and a railway line passes by about 100 m to the east. 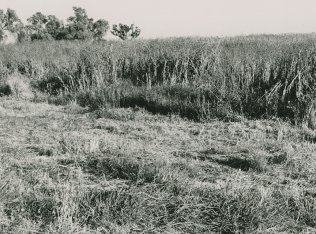 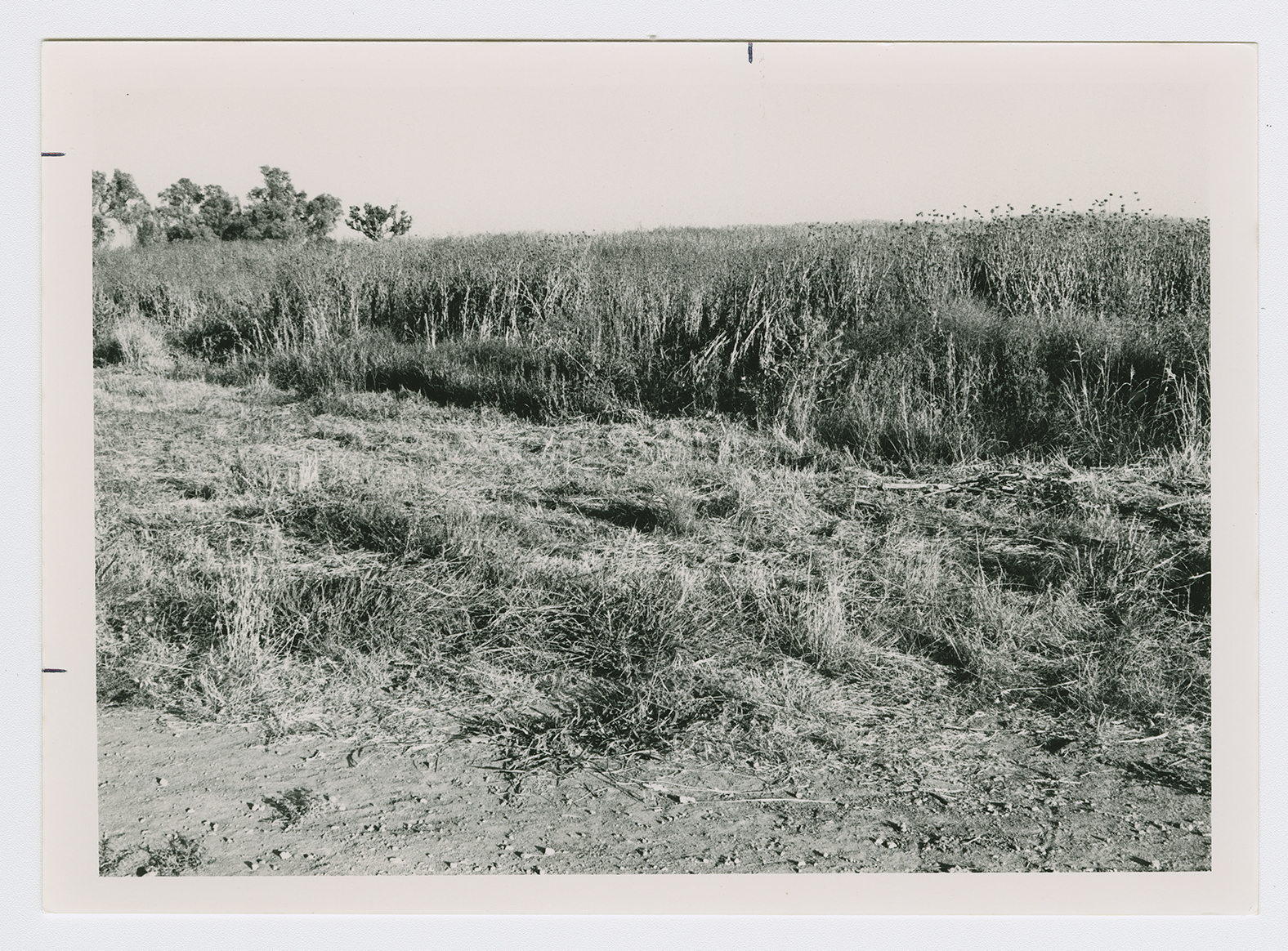