The village was situated on limestone hills that were slightly higher than the surrounding area. Secondary roads connected it with two highways leading to Ramla, Jaffa, and other urban centers. AI-Tira was identified with the Crusader locality of Thaeria. In 1596, al-Tira was a village in the nahiya of Ramla (liwa' of Gaza) with a population of 160. It paid taxes on a number of crops, including wheat, barley, and fruits, as well as on other types of produce and property, such as goats, beehives, and vineyards.

In the late nineteenth century, al-Tira was described as a village of moderate size built of adobe bricks and situated at the end of a plain.

Its houses were made of bricks, stone and cement, and cement bricks. There were two mosques where the villagers, all of whom were Muslim, worshipped. The older mosque was called the al-'Umari mosque, perhaps after 'Umar ibn al-Khattab, the second Muslim caliph. The newer mosque was larger than the older mosque. The village elementary school was founded in 1922 and had an enrollment of 110 male and 22 female students in the 1947-48 school year.

Drinking water was provided by a well on the west side of the village, smaller private wells, and by the al-Waq' pool. This pool, which lay 2 km east of the village, was lined with stones and provided water for livestock as well as for human needs. The village economy was based on rainfed agriculture and animal husbandry. In 1944/45 a total of 5,551 dunums was allocated to cereals; 78 dunums were irrigated or used for orchards. A daily livestock market was held in al-Tira with the participation of neighboring villages. The abundant archeological evidence of earlier habitation of the site included building foundations, rock-cut tombs, and fallen columns within the village.

The village was first targeted at an early stage in the war; Arab Liberation Army (ALA) commander Fawzi al-Qawuqji reported a 'heavy' attack on the village on 10 May, two months before its occupation. In a cable to the ALA command, he indicated that the attack began after reconnaissance probes the previous day, and that there was a simultaneous Haganah attack on Qalqilya (which was not occupied until June 1967). He informed the command that his units' ammunition was insufficient to wage battle. He gives no further information, however, about the results of the fighting.

AI-Tira was occupied on the morning of 10 July 1948, in order to cut Lydda off from the north so that it could be attacked and occupied. The History of the War of Independence, which outlines this plan, adds that the occupation was accomplished by a force drawn from the Alexandroni and Armored (Eighth) brigades, as part of Operation Dani (see Abu al-Fadl, Ramla sub-disctrict). On the same day that the village was occupied, operational headquarters ordered the Yiftach and Eighth brigades to blow up most of the houses of al-Tira, leaving a few houses intact to accommodate a small garrison. Neighboring 'Innaba received the same treatment. There is no indication of the fate of the villagers; presumably, they either fled under attack or were expelled upon the entry of the troops. 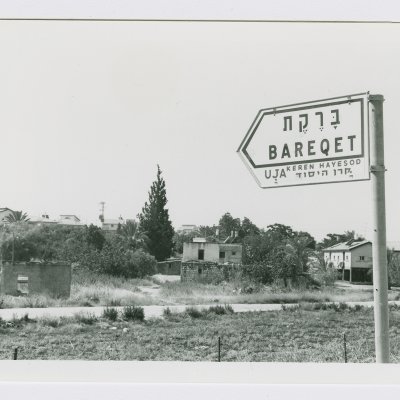 The site, situated next to a paved road, is partly deserted and overgrown with a variety of trees, such as olive, date-palm, fig, and gum trees. The rubble of some of the destroyed houses is visible. A number of stone houses survive, however; some are deserted, others are occupied by Israelis, and still others are used as stables for livestock. A deserted house, fenced in with barbed wire, has high, round-arched windows and a flat roof; the yard is overgrown with untended grass. One of the occupied houses is quite modest. It has a rectangular door and window and a flat roof; date-palm and other trees grow on two sides. A second, larger, occupied house has two storeys and a wide porch, and is also surrounded by trees. A third is also quite large and has two storeys; a side stairway leads to a second-floor porch and there is a large, round arched entrance on the first floor (see photos). There are some destroyed houses inside the settlement of Bareqet. Some of the surrounding land is planted in grapes and kiwi fruit. 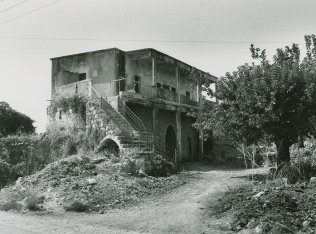 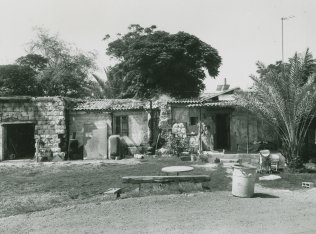 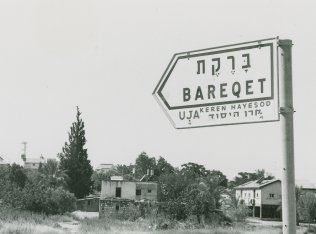 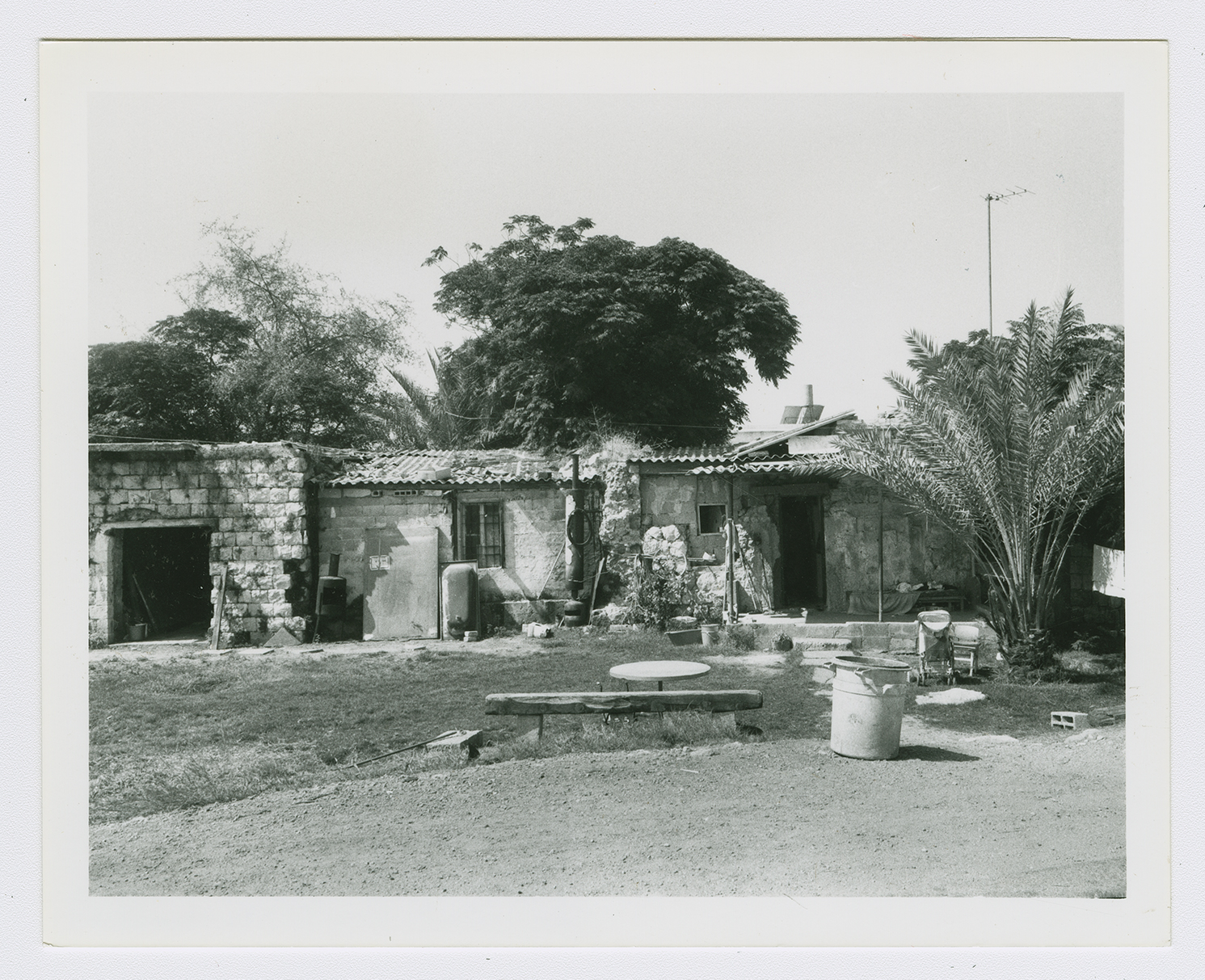 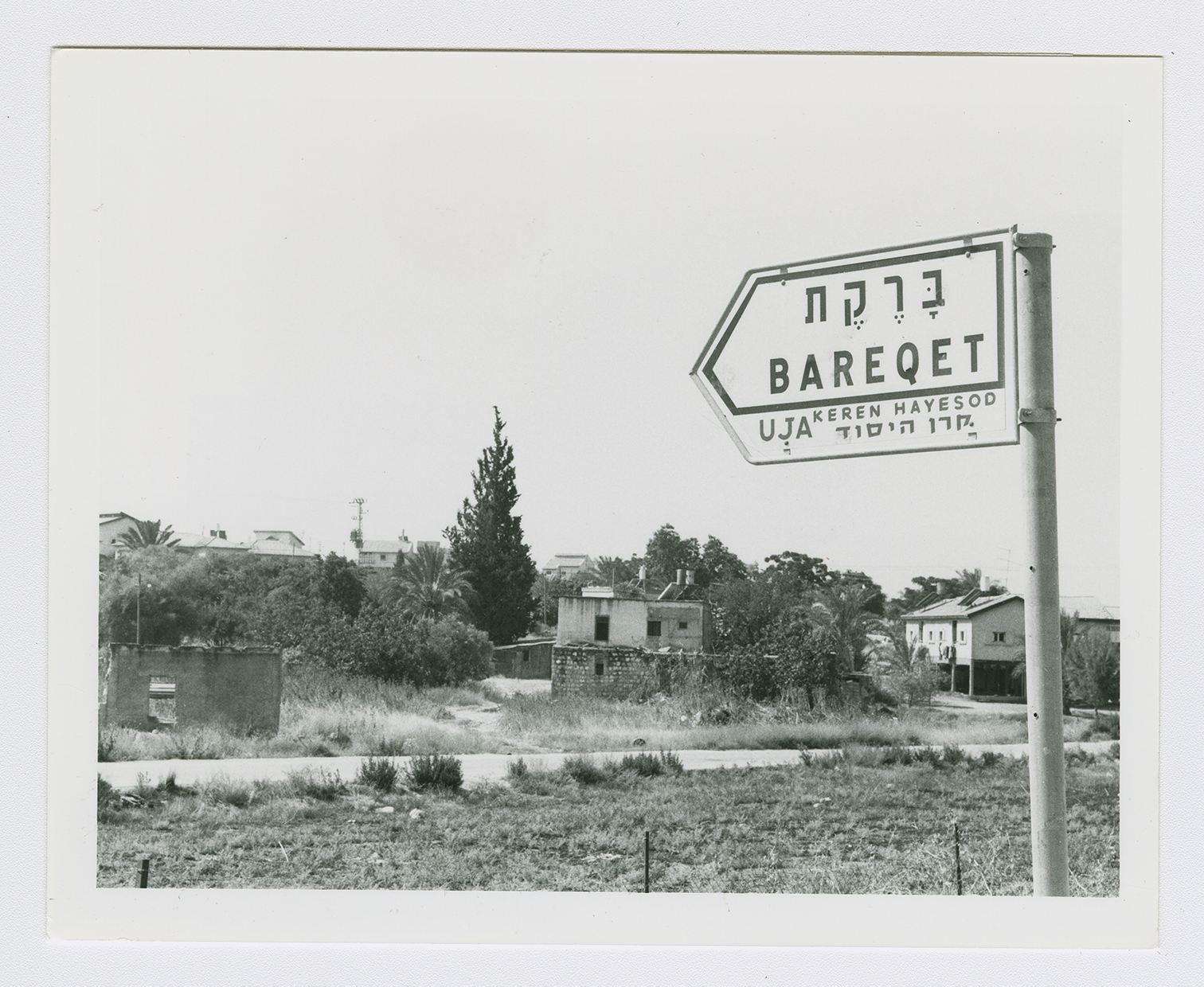 The village site with a sign to the Israeli settlement of Bareqet.