The village stood on the lower western slopes of Mount Carmel, overlooking the coastal plain. It was linked by a spur to a coastal highway northwest of al-Tira. AI-Tira was one of the most important villages in the Haifa sub-disctrict; it was the sub-disctrict's most populous village and the second largest (after ljzim) in area. The Crusaders called it St. Yohan de Tire. In 1596, al-Tira was a village in the nahiya of Shafa (liwa' of Lajjun), with a population of 286. It paid taxes on a number of crops, including wheat and barley, as well as on other types of produce or property such as goats, beehives, and vineyards.

In the late nineteenth century, al-Tira was a village built of stone and mud and was situated at the foot of a mountain. Numerous caves marked the hills close to the village, which was surrounded by olive groves. An estimated 1,200 residents lived in al-Tira and cultivated 60 faddans (1 faddan = 100-250 dunums). The prosperity of the village declined after 1872 because of the heavy conscription imposed on it that year by the Ottomans, but was restored subsequently.

The residents (5,240 Muslims and 30 Christians in the mid-1940s) built their stone houses in clusters. The plan of the village was cross-shaped. Al-Tira had two elementary schools, one for boys and another for girls. Its lands contained a number of springs, and its economy was based on agriculture, particularly grain, vegetables, and fruit. In 1943 al-Tira produced more olives and olive oil than any other village in Haifa sub-disctrict and had three mechanized olive presses. Many almond trees were grown there as well, which gave rise to the village's nickname Tirat al-Lawz, or the Tira 'of the almonds.' In 1944/45 a total of 16,219 dunums of its land was allocated to cereals 3,543 dunums were irrigated or used for orchards. Some villagers also engaged in animal husbandry. AI-Tira's lands contained five khirbas; one of them, Khirbat al-Dayr, contained the ruins of the St. Brocardus monastery, some previously inhabited caves, and a vaulted tunnel. South of the village was an open-air Middle Paleolithic archaeological site, which has been excavated.

The Irgun Zvai Leumi (IZL) carried out a bombing raid on al-Tira on 12 December 1947, during the very first round of fighting. The bombing was carried out on the Jewish holiday of Chanukka, in conjunction with six other IZL terrorist attacks in various parts of the country. The raid left 13 villagers dead in al-Tira, according to the History of the Haganah . The Palestinian newspaper Filastin listed children and elderly people among the casualties. The account said that the raiding party, consisting of around 20 men, had approached a secluded house at the edge of the village and firebombed it. The attackers also shot at houses and fled through olive groves to an awaiting truck. Confirming the attack, the New York Times reported that in addition to the 13 dead, 10 people were wounded, one house was destroyed, and others were damaged.

The village was exposed to smaller assaults in the coming weeks. An attack on 5 February lasted for half an hour and left no casualties, according to a British communiqué, which added that there was no response from the village. A major attack on al-Tira was made in the early morning of 22 April, in conjunction with the Haganah's offensive against Haifa. That attack was ostensibly aimed at preventing Arab reinforcements from reaching Haifa. But the first attempt to capture the village came shortly after the fall of Haifa, a few days later. Israeli historian Benny Morris writes that it was attacked at 1:40 a.m. on 25 April with mortars and machine guns; a British unit soon appeared on the scene and the firing stopped. The British helped to evacuate some of the women and children to safety, Morris claims. He adds that the Haganah attack resumed early the next morning after the British had left, and continued until another British unit arrived later in the day and arranged for a further evacuation. The New York Times reported that the village had been 'severely mortared,' and it quoted the Haganah as claiming that al-Tira was a 'principal Arab base.' On 5 May, a third effort was made to lead more of the inhabitants to safety and some 600 were taken to Jenin and Nablus, according to Morris.

The attacks continued for around a week. On 13 May, an unsuccessful Haganah strike was made by the Haganah's Alexandroni Brigade. The History of the Haganah writes that the attempt failed because of the lack of 'detailed information about the enemy's system of defense in the village.' This failure resulted in calling off the plan to occupy Qalqilya, as set out in Plan Dalet.

The village finally fell on 16 July, during the Ten Days of battles between the two truces of the war, according to the History of the Haganah. That account notes that the occupation of al-Tira (and other villages in Haifa sub-disctrict, such as Kafr Lam and al-Sarafand) was significant in that it was the first time that naval firepower had been called in to aid land forces. The attack by sea on al-Tira was part of a wider naval operation that captured Kafr Lam and al-Sarafand at the same time. The warship Eilat bombarded the village before land units moved in. Most of the remaining villagers, who had held out under siege for over two months, were expelled to the Jenin-Nablus-Tulkarm Triangle or incarcerated in POW camps, according Morris.

Some of al-Tira's villagers apparently sought refuge in neighboring Ayn Ghazal, for the Secretary General of the Arab League reported that 28 refugees from al-Tira were burned alive there in late July. But a United Nations observer visited the area on 28 July and found 'no evidence to support claims of a massacre,' according to UN mediator Count Folke Bernadotte. Morris cites an Israeli claim that the charred bodies at Ayn Ghazal were corpses which were found there in an advanced state of decomposition and burned by Israeli troops. He adds that there was no indication of where the bodies had come from or how the victims had died. 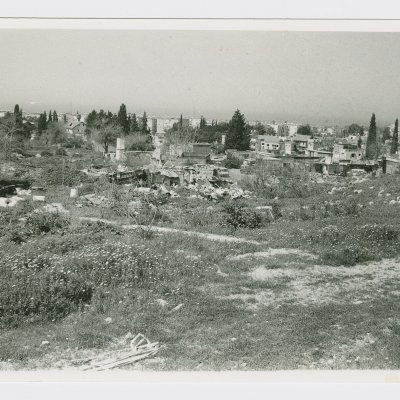 Zionists established the settlement of ha-Chotrim in June of 1948 just south of the village site.

Tirat Karmel and Megadim were built one year later, the first on the village site and the second farther away, on village land. Kefar Gallim was built on village land in 1952, and Beyt Tzvi was added in 1953.

The village site is partly occupied by an Israeli settlement. Some of the houses, such as one belonging to 'lrsan al-Dhib, remain standing. The cemetery is unkempt and there are several broken gravestones. The remains of two shrines are visible and the school is used by Israeli students, both Arab and Jewish. There are forests and some residential houses in the mountainous part of the surrounding land. The plain is used for agriculture. 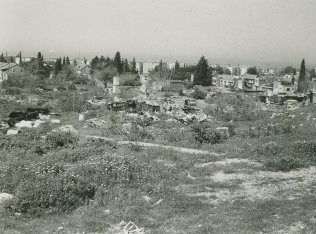 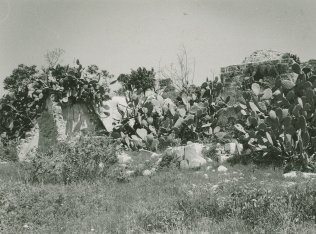 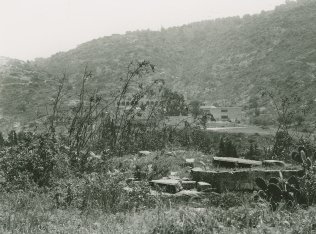 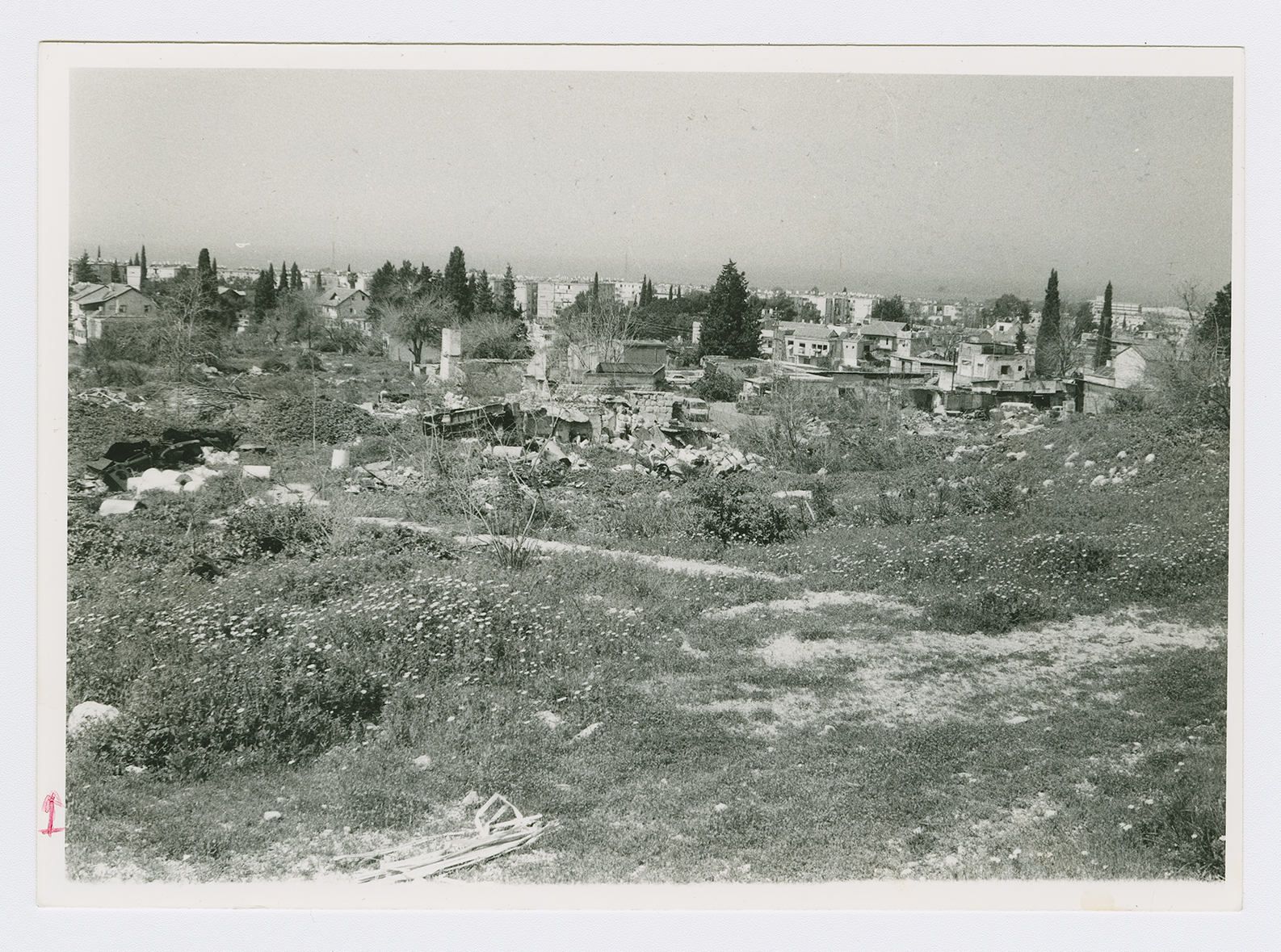 The area around al-Tira, viewed from the center of the site looking west. The Israeli settlement of Tirat Karmel is visible in the background. 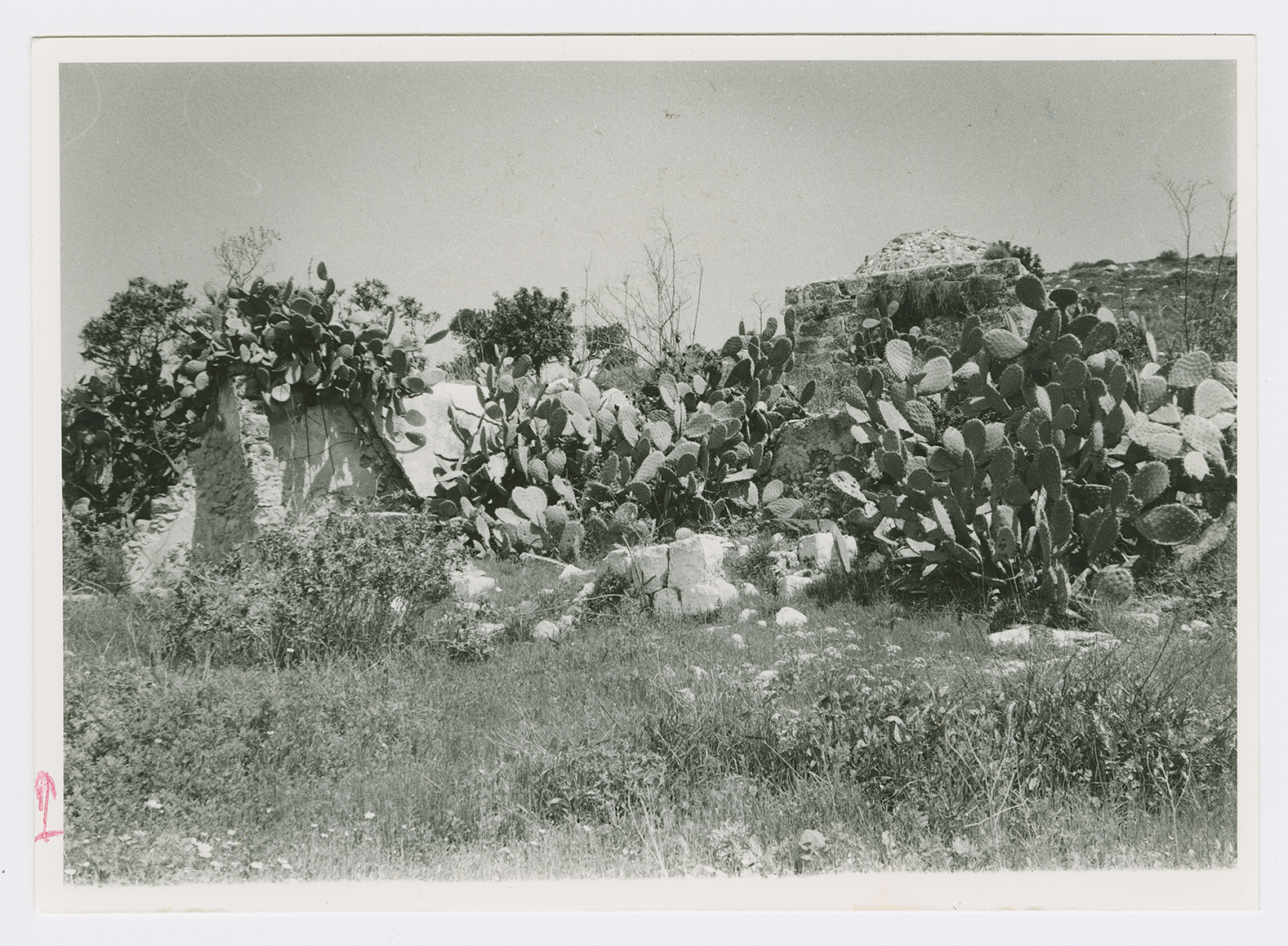 The dome (qubba) of a saint's shrine on the northern edge of the site, surrounded by rubble and overgrown with cactus. 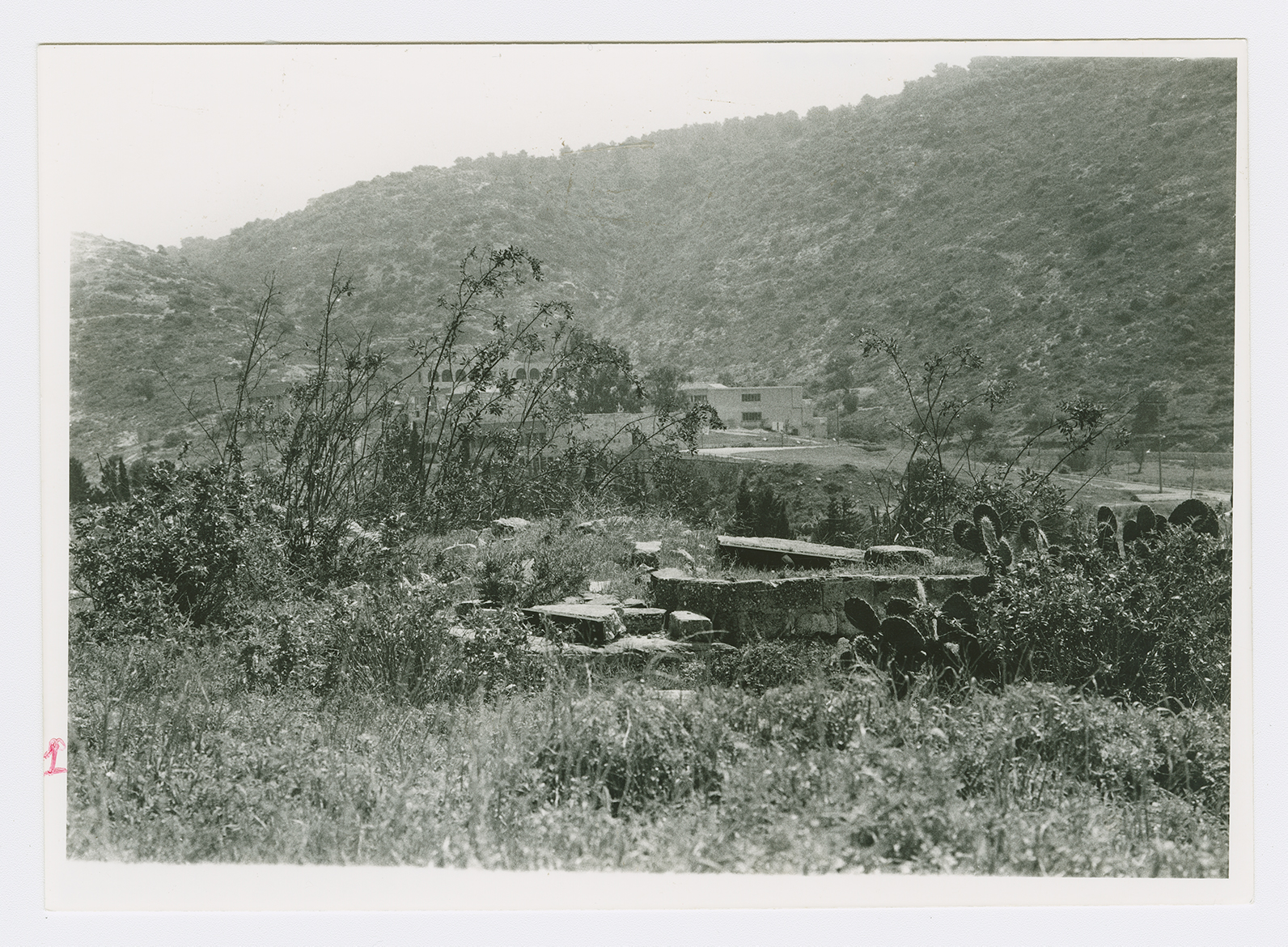 Rubble of al-Tira, viewed from the center of the site looking northeast. The village school building is visible in the background, to the left. The structure in the center is an Israeli building.