The village stood on a large hill on the side of a mountain, on the north side of Wadi al-Sarar, through which the Jerusalem−Jaffa railway passed. A secondary road linked it to a highway leading to Jerusalem. The name of the village (which meant 'the opening' in Arabic) probably referred to the natural opening in the mountain chain through which transportation routes passed. In 1596, al-Walaja was a village in the nahiya of Jerusalem (liwa' of Jerusalem) with a population of 655. It paid taxes on a number of crops, including wheat, barley, olives, and fruits, as well as on other types of produce and property, such as goats, beehives, and vineyards.

In 1850 al-Walaja was the home village of the powerful Darwish family, who controlled the sub-disctrict of Bani Hasan and its ten other villages. The village was damaged in November of 1853 in the course of fighting between the Darwish family and their rivals to the south, the Lahham family.

In the late nineteenth century, al-Walaja was described as a 'good-sized' village built of stone that was nestled in a recess along the slope of a hill. The residents tended vegetable gardens in a ravine that ran north of the village; they also cultivated vineyards and olive trees. The village benefitted from five groups of springs which flowed nearby.

The village houses were clustered together, separated only by narrow, winding alleys, and were built of stone, adobe, and cement. Towards the end of the Mandate the village had expanded considerably; new houses were constructed northeast and southeast of the village core. The people of al-Walaja were Muslims and attended a mosque known as the Arba'in mosque ('the mosque of forty'). The village had several shops and an elementary school. Quarries near the village supplied the building stone that was characteristic of the Jerusalem area. Wells were abundant around the village, especially in the southern parts of its lands; most of the village crops were watered by irrigation from these wells and springs, although some crops were watered only by rainfall. Grain was planted in the low, flat areas, while fruit trees were planted on the slopes. Olive trees yielded the village's most the important agricultural product. In 1944/45 a total of 6,205 dunums was allotted to cereals; 2,136 dunums were irrigated or used for orchards.

On the night of 21 October 1948, the Eighth Battalion of the Etziyyoni Brigade attacked and captured the village of al-Walaja. The attack was part of Operation Ha-Har (see 'Allar, Jerusalem sub-disctrict). An Associated Press report of 20 October stated that Egyptian and Israeli forces based southwest of Jerusalem had been 'locked in bloody fighting for the past five days.' The story said: 'The battle began with a full-scale Israeli attack on the Egyptian-held towns of El Walaja and Sharafat… when three Israeli battalions attempted to encircle the Egyptians at Bethlehem and Beit Jala….' These were Egyptian irregulars fighting alongside Palestinian guerrillas.

However, the occupation of al-Walaja was not permanent, and a New York Times report on 20 October stated that the Israelis were driven out of the village by successful Arab counterattacks. The History of the War of Independence corroborates this account, noting that the village was later handed over to Israel according to the terms of the armistice agreement signed with Jordan on 3 April 1949. The Israeli army entered the village, along with three other villages in the Jerusalem area (Bayt Safafa, Battir, and al-Qabu), in the weeks following the signing of the agreement.

A few stone houses still stand on the village site. Otherwise, the site is covered with stone rubble, and with almond trees that grow on the western terraces of the village and to the north. A spring in a valley west of the site still flows out of a stone-and-concrete structure (see photos). The 1948 Armistice line passed through the southern lands of the village. The United Nations Relief and Works Agency (UNRWA) built refugee shelters and an elementary school on the land that became part of the West Bank. There is a white marker on the grave of one village woman; her first name, Fatima, is visible on it, but her last name is illegible. The village area is used as an Israeli picnic site; the Israeli Canada Park now lies north of it. 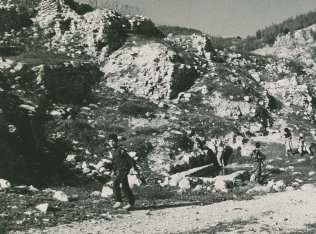 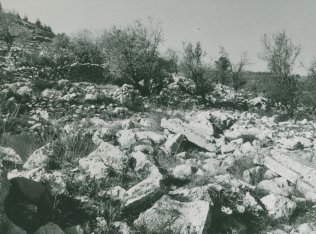 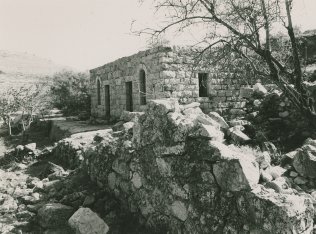 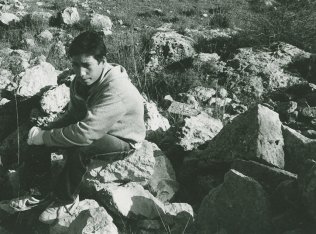 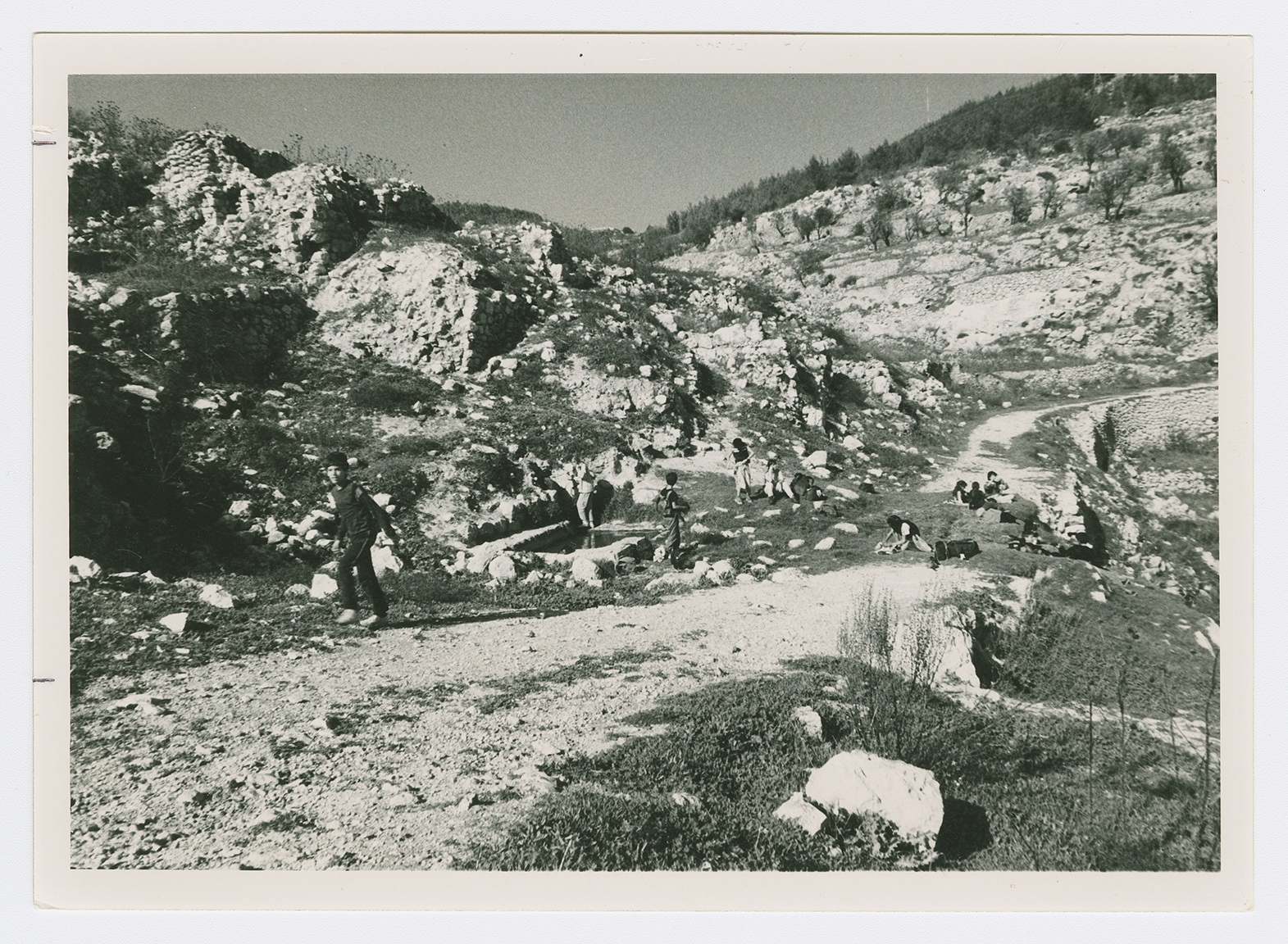 A general view of the village site and a group of hikers. 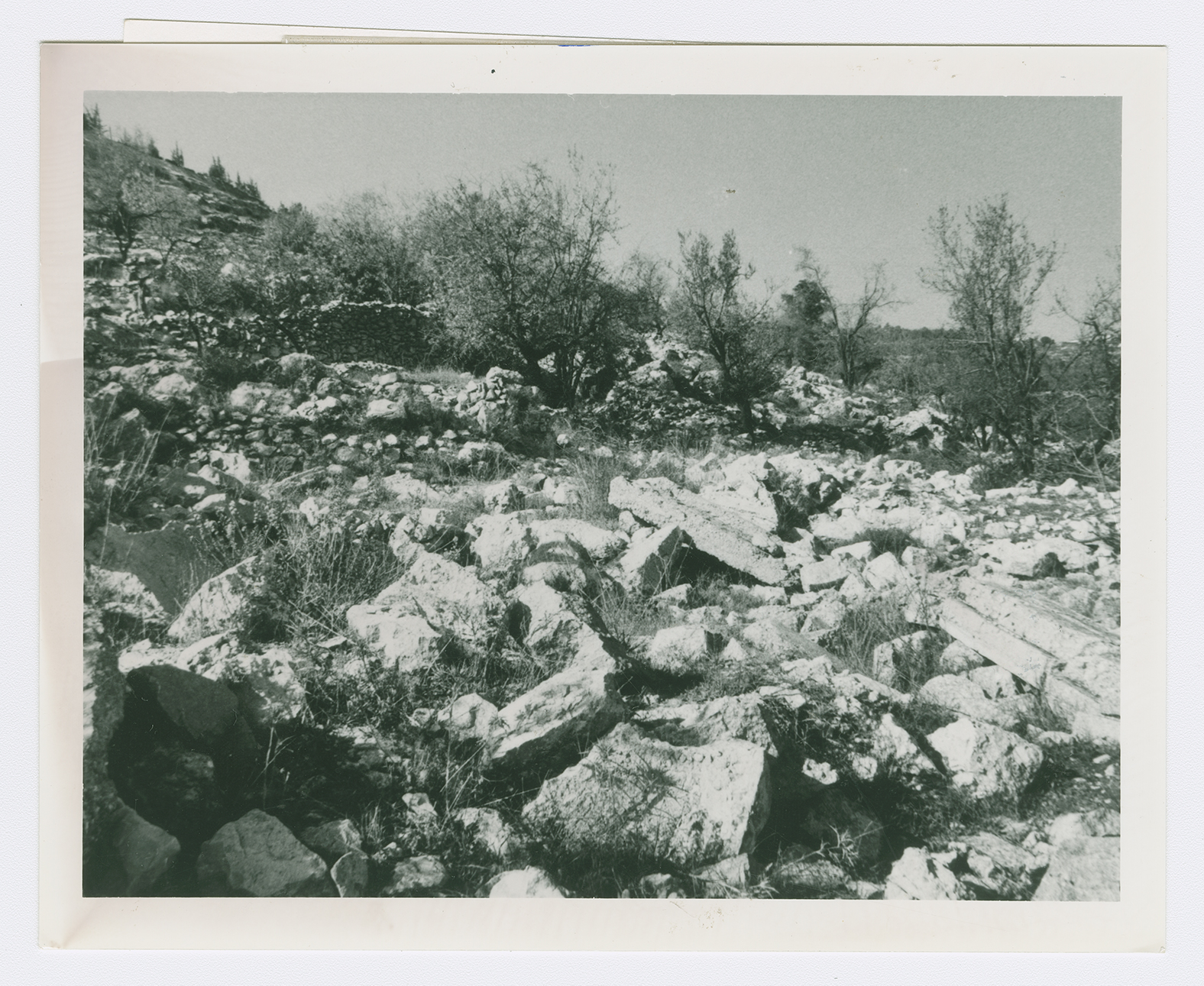 Rubble of the village. 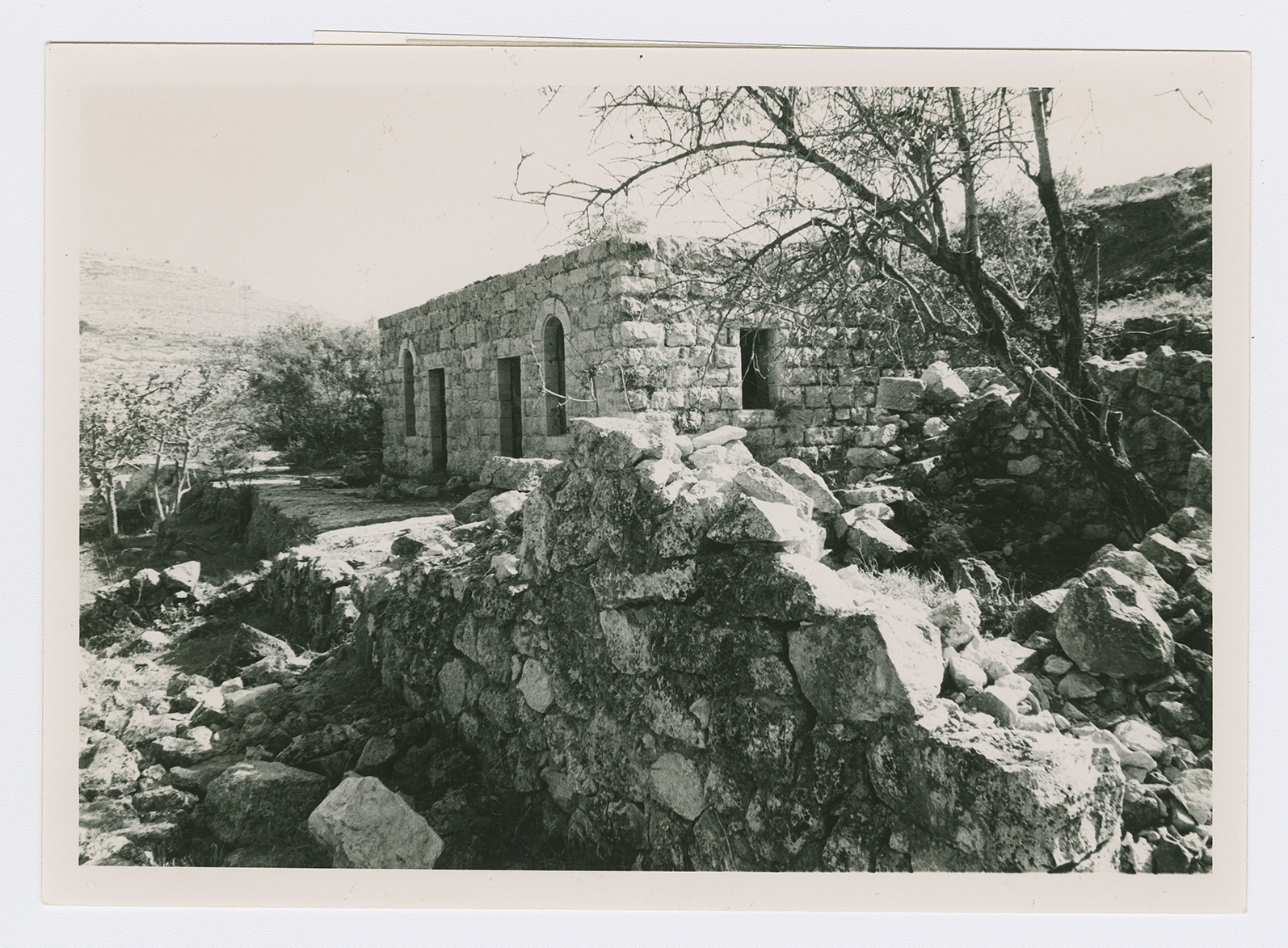 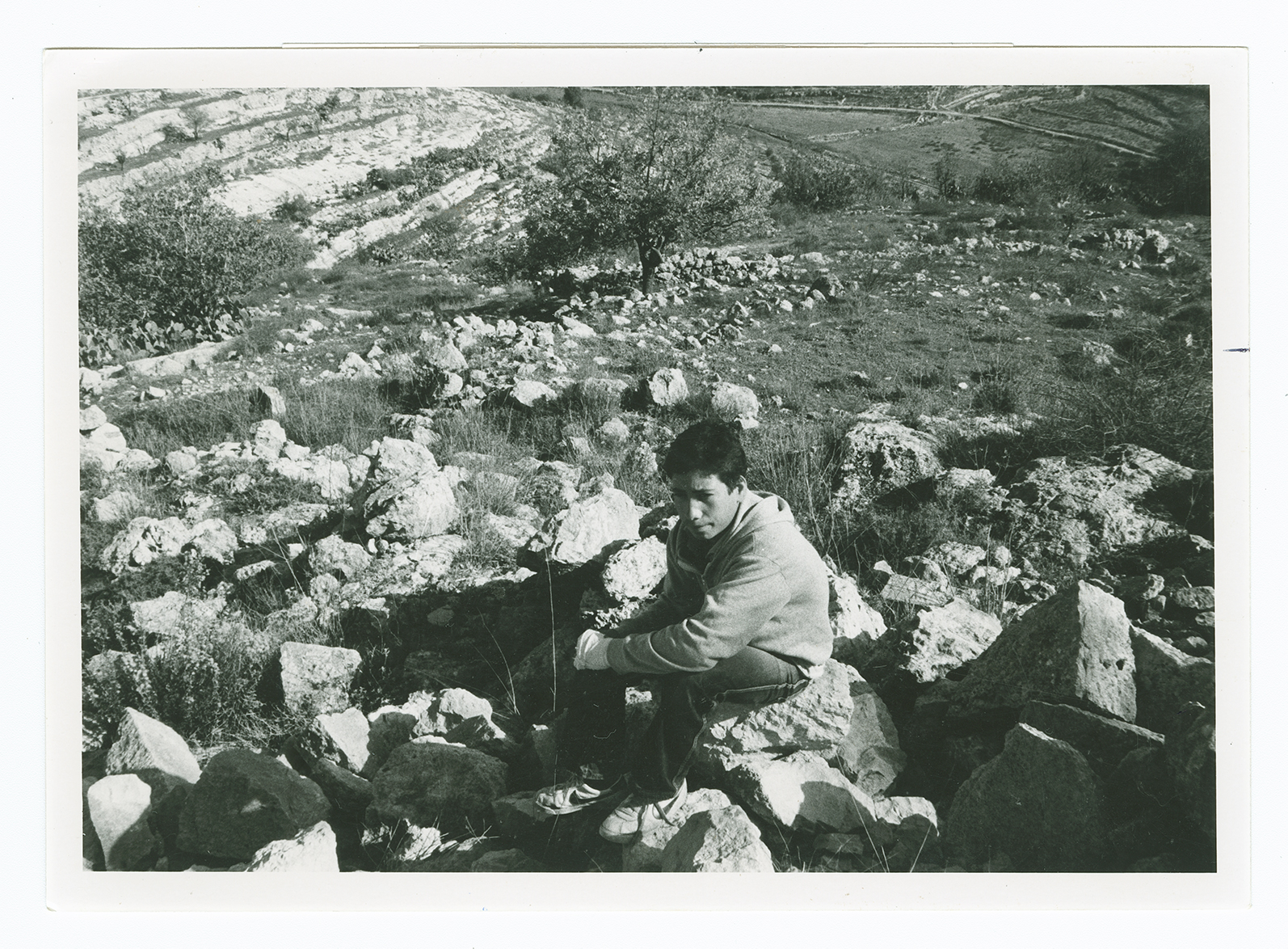 A boy on the rubble of his grandfather's house.