The village lay at the foot of a prominent hill in the middle of the western slopes of Mount Carmel, overlooking the coastal plain and the Mediterranean. It was linked to the coastal highway by a secondary road that was approximately 1 km long. The villagers believed that Ayn Hawd was established by Abu al-Hayja', a major commander under Salah aI-Din (Saladin), who died after the battle of Hittin in 1187.

In 1596, Ayn Hawd was a village in the nahiya of Shafa (liwa' of Lajjun) with a population of forty-four. It paid taxes on a number of crops, including wheat and barley, as well as on other types of property, such as goats and beehives.

In the late nineteenth century, Ayn Hawd was a small village situated at the end of a spur; it was inhabited by fifty people who cultivated 3 faddans (1 = 100-250 dunums).

The village had a rectangular outline, with its houses spread in an east-to-west direction. In the center of the village the predominantly stone houses were clustered closely together; houses built further away from the village center were spaced further apart. As the village expanded it divided into eastern and western quarters (haras). There were a number of springs in the vicinity and also some within the village itself. Ayn Hawd also had a coffee shop and a diwan which served as a meeting place, especially in winter when the requirements of agricultural labor were at a minimum.

The residents of Ayn Hawd were Muslims and maintained a mosque in the center of the village.

They also had an elementary school for boys that was founded in 1888, during the Ottoman period. They earned their living from livestock breeding and agriculture, which was based on grain and olives. Olive trees covered 845 dunums of the village lands in 1943; some of the olives harvested were processed in a manual olive press. The village was known in the region for its carob, which had a distinctive flavor and aroma and was used to make molasses. The carob trees covered a large area. Eucalyptus and pine trees were also planted on the land.

The villagers sold their produce, which included wheat, carob, and sesame, in Haifa and Acre. They also sold building stones, produced in three quarries, and whitewash.

In 1944/45 a total of 4,223 dunums was allocated to cereals and 1,503 dunums were irrigated or used for orchards. The khirba of Hajla, to the southeast, contained the foundations of buildings, dressed stones, and rock-hewn cisterns.

A force of 150 Jews struck at Ayn Hawd and the neighboring village of Ayn Ghazal in an attack on the evening of 11 April 1948, according to the Palestinian newspaper Filastin. The attack was repulsed, as was a more serious one the following month. The villagers of Ayn Hawd remained in their village after the fall of Haifa in late April. Ayn Hawd was stormed by Israeli forces in late May 1948 after Arab snipers had allegedly halted traffic on the Tel Aviv-Haifa road. An unnamed informant told a reporter from the Associated Press that Ayn Hawd and Ayn Ghazal had been broken into on 20 May. The residents of Ayn Hawd apparently stayed put after that attack.

Ayn Hawd was probably one of a number of villages south of Haifa (including al-Tira, Kafr Lam, and al-Sarafand) that were occupied in a limited operation launched during the 'Ten Days' (the period between the two truces.) If so, it fell to Israeli forces around 15 July 1948 in an operation that was distinguished by the participation of Israeli naval forces. These assisted the land-based attackers by providing covering fire and by bombarding the villages, according to the History of the War of Independence. The inhabitants may have suffered the same fate as those of nearby al-Tira, who were expelled southwards or sent to POW camps, according to Israeli historian Benny Morris.

The village was not destroyed; it has been an artists' colony since 1954, and is designated as a tourist site. The village mosque has been turned into a restaurant/bar, the 'Bonanza'. The lands around the site are cultivated and surrounding forests are used as parks. Those few villagers who did not leave the country as refugees stayed nearby and built a new village, also called Ayn Hawd, which was not legally recognized by the Israeli government and hence was denied all municipal services (including water, electricity, and roads). In the 1970s the Israeli government erected a fence around this new village in order to prevent it from expanding, and in 1986 it threatened to demolish three of its houses. The 130 inhabitants of the new Ayn Hawd have built a new mosque to replace the old one. Muhammad Abu al-Hayja, the son of a leader of the old village, represents the new village in its struggle to win municipal status. 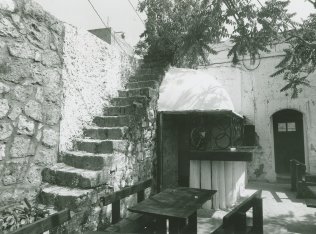 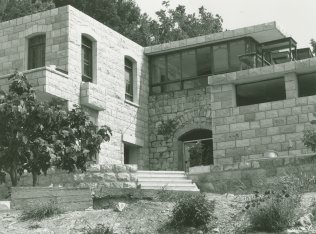 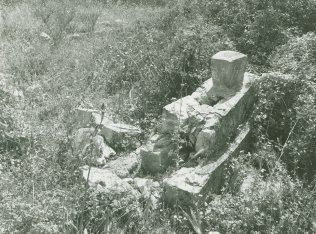 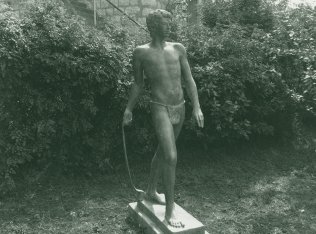 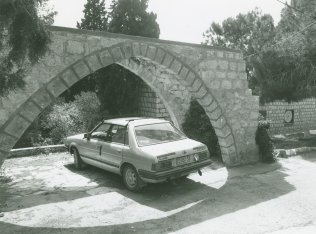 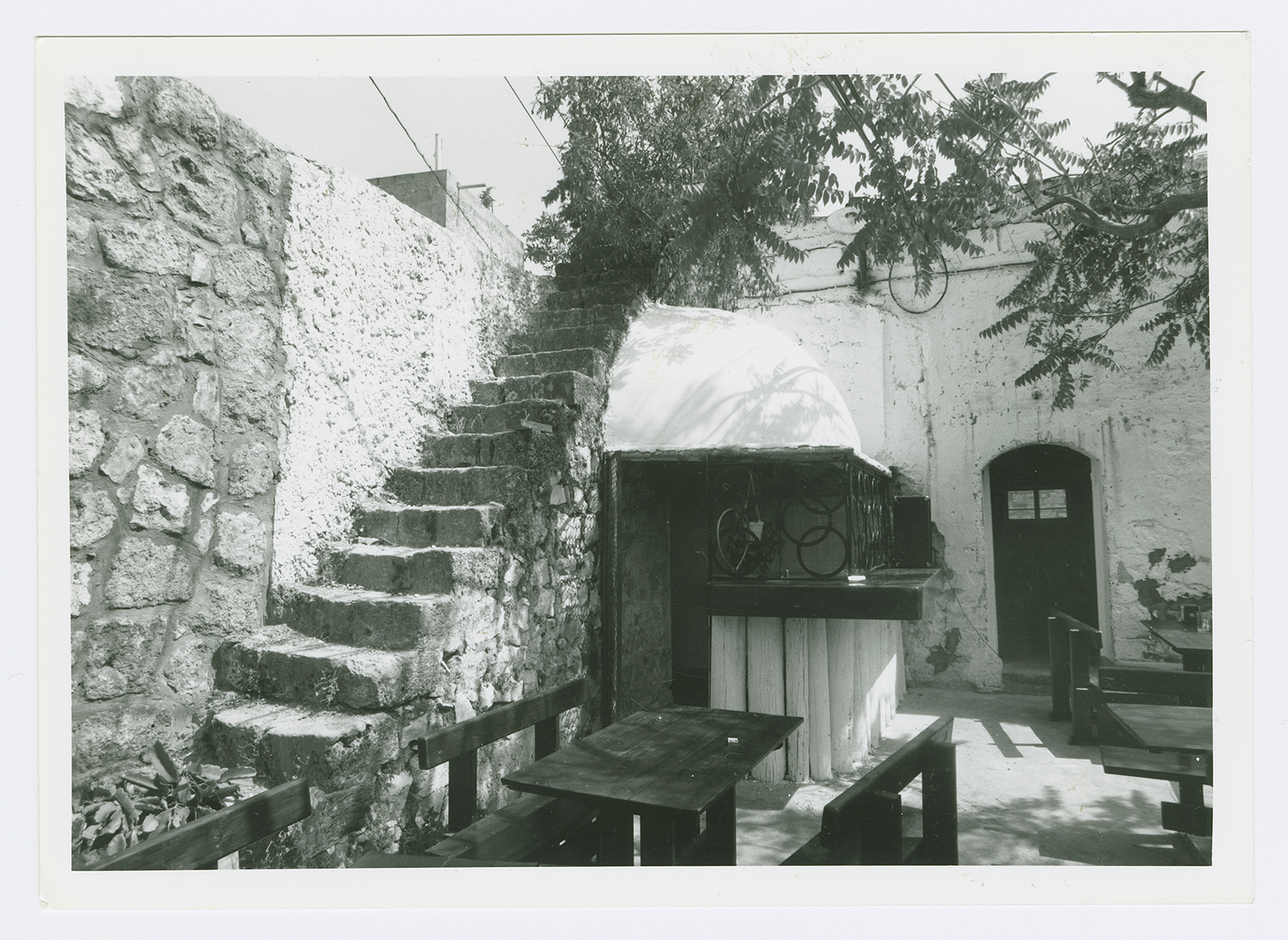 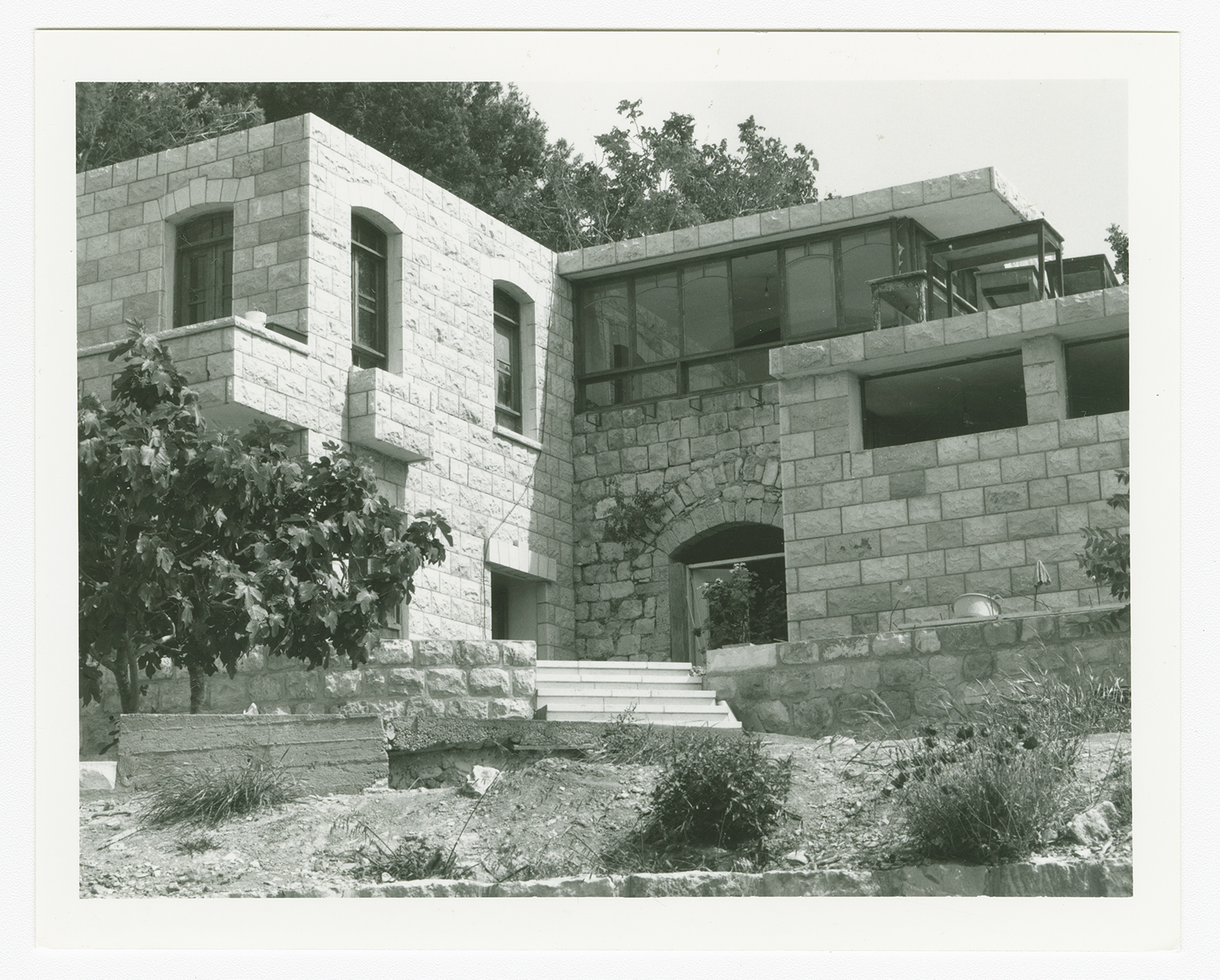 A village house renovated and extended by Jewish residents. 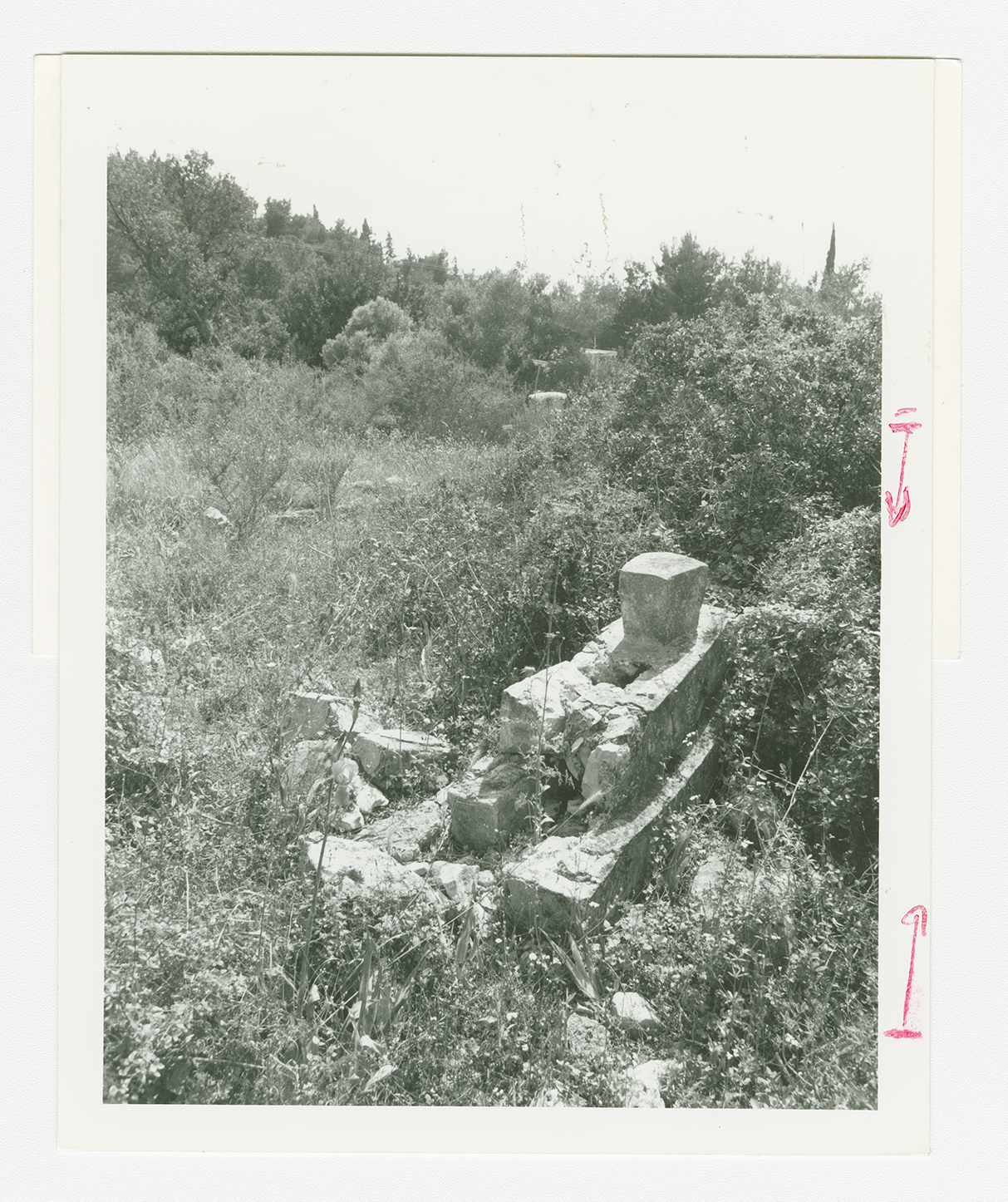 A grave in the village cemetery. 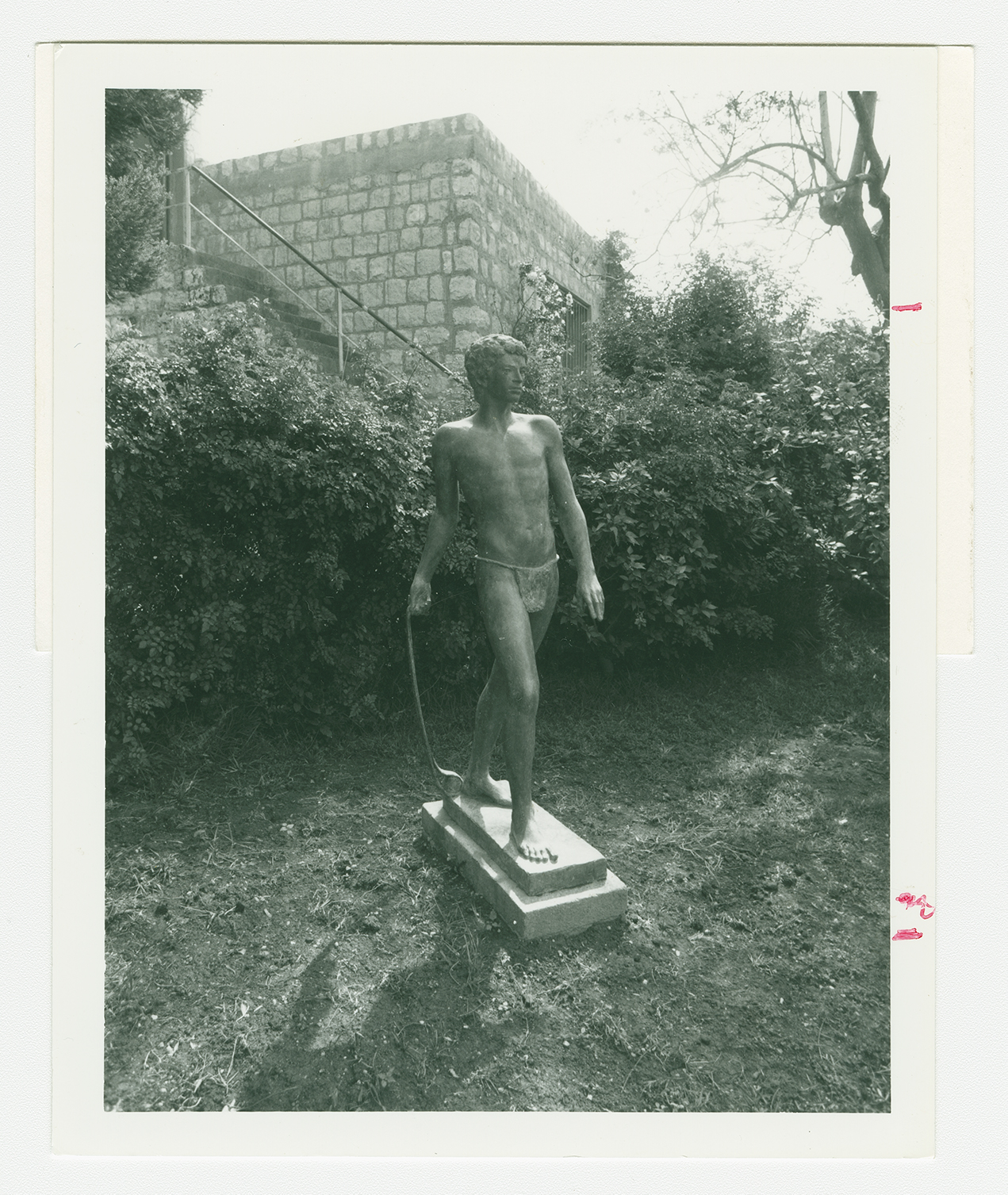 A sculpture in the garden of a village house, now inhabited by an artist. 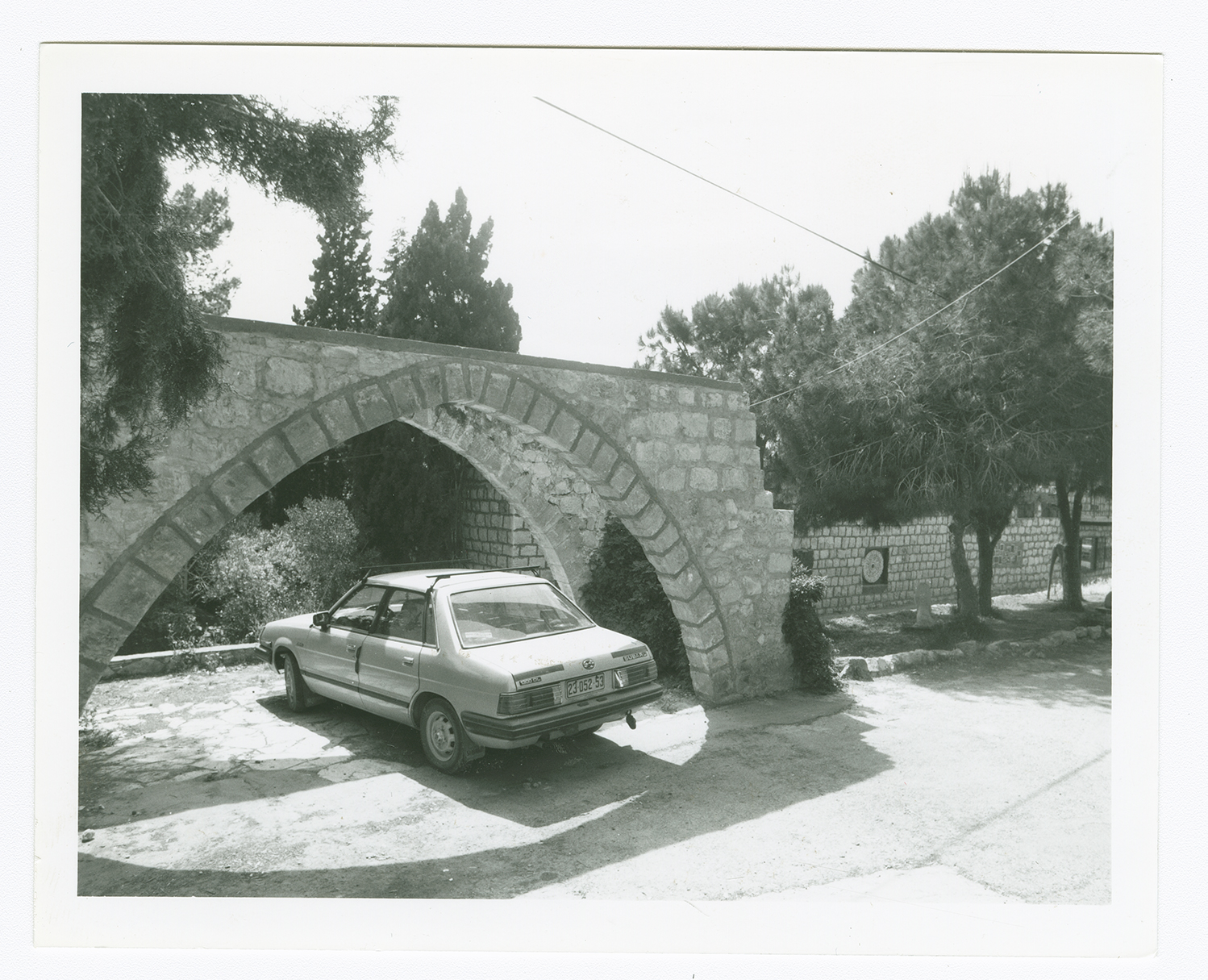