The village stood on a high mountain, overlooking some lower mountain peaks below. Its lands extended southwest as far as Wadi al-Maghara. Several springs around the village provided drinking and irrigation water. A secondary road linked Bayt 'Itab to the Bayt Jibrin−Bethlehem road that ran about 3 km to the south. Bayt 'Itab is identified with Enadab, which appears in the list of Palestinian towns that was compiled by the fourth century A.D. historian Eusebius. The Crusaders knew it as Bethahatap. Edward Robinson visited the village in 1838 and described its stone houses as solidly built. Several houses had two storeys, and in the center of the village were the ruins of a Crusader castle. He estimated the village population at six to seven hundred people.

In the 1850s Bayt 'Itab was the home village of the powerful Lahham family, which controlled the twenty-four villages of the sub-disctrict of al-'Arqub. Armed conflict broke out between the Lahham family and its rival, the Abu Ghawsh family, in 1855, and Bayt 'Itab was the scene of fierce battles. Afterward, as the regular Ottoman administration penetrated the area, the influence of both families was reduced and Bayt 'Itab became an ordinary village.

In the late nineteenth century, Bayt 'Itab was a village built of stone, perched on a rocky knoll that rose 60 to 100 feet above the surrounding hilly ridge. Its population in 1875 was approximately 700. The villagers, who were Muslim, cultivated olive trees on terraces to the north. A large cavern―eighteen feet wide and six feet high―ran beneath the houses.

The original layout of the village was circular, but new construction to the southwest (along the road that led to the neighboring village of Sufla) gave it the shape of an arc. Most of its houses were built of stone. Agriculture was the main source of livelihood. The village lands were planted in grain, grapes, olive trees, and other fruit trees. In addition, the residents owned extensive areas on the coastal plain that also were planted in grain. During the Mandate, some village lands were expropriated to make a large, government-owned woodland. The villagers also engaged in livestock breeding. Crops were rainfed and irrigated from springs. In 1944/45 a total of 1,400 dunums was allocated to cereals; 665 dunums were irrigated or used for orchards, of which 116 dunums were planted with olive trees. The village contained the ruins of an old Crusader fortress.

Bayt 'Itab was one of a string of villages in the Jerusalem corridor that was captured following the second truce of the war. Israeli historian Benny Morris writes that it was occupied on 21 October 1948, during Operation Ha-Har (see 'Allar, Jerusalem sub-disctrict). The operation was complementary to Operation Yoav (see Barbara, Gaza sub-disctrict), a simultaneous offensive on the southern front that aimed at thrusting southwards into the Negev.

Israel established the settlement of Nes Harim (155128) north of the village site on village land in 1950.

The site is covered with large amounts of rubble from the demolished village houses. The remains of the Crusader fortress are prominent on it (see photo). There are two cemeteries east and west of the village. Some of the graves are open, and human bones are visible. Almond, carob, and olive trees grow on the village site and on the lower approaches. Cactuses grow on the southern edge of the site. Part of the surrounding agricultural land is cultivated by Israeli farmers. 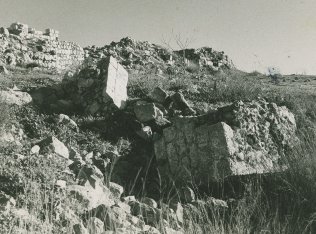 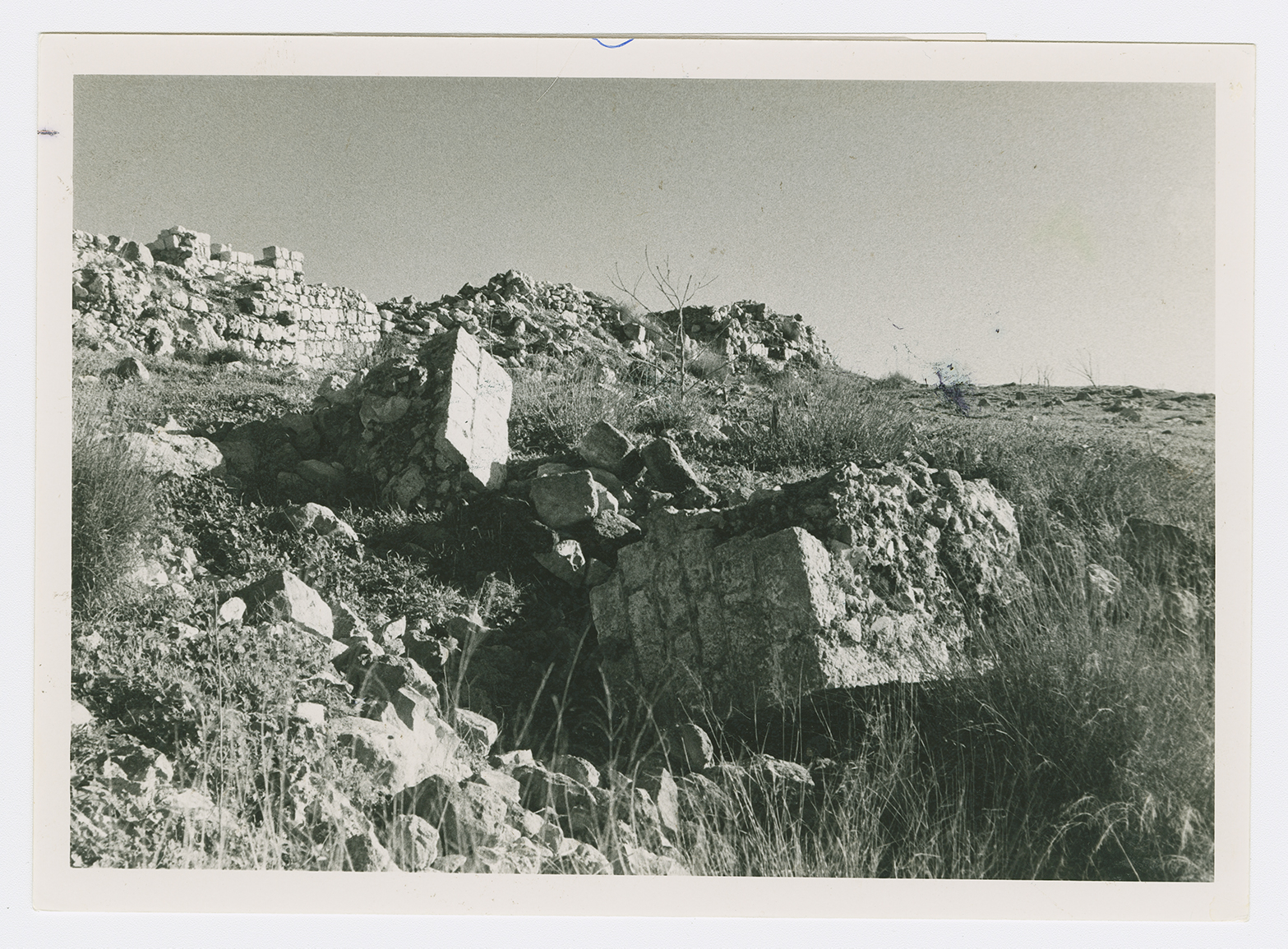 The remains of the fortress (left background) and rubble of village houses.