The village stood on a mountain top in the western zone of the Hebron Mountains, overlooking a coastal expanse in the west and facing a broad mountain range in the east. Bayt Nattif was 1 km north of the Bayt Jibrin-Bethlehem highway and was linked by secondary roads to several of the area's other villages. The site has been identified with Tappuach in the Old Testament (Joshua 15:34). The modern name, however, was a rendering of Beyt Letepha, the site's name under the Romans. In 1596, Bayt Nattif was a village in the nahiya of Jerusalem (liwa' of Jerusalem), with a population of 572. It paid taxes on a number of crops, including wheat, barley, olives, and fruit, as well as on other types of produce, such as goats and beehives.

In the late nineteenth century, Bayt Nattif stood high on a flat-topped ridge between two broad valleys. The village was surrounded by olive groves and the valleys below were planted in corn.

The village layout was star-shaped, with discrete quarters and wide streets. The residents of Bayt Nattif were Muslim, and the village had a mosque and a number of shrines, the most prominent among them the one dedicated to a Shaykh Ibrahim. It also had an elementary school. Shops were spread throughout all of the quarters. The residents obtained drinking water from three wells located on the village peripheries. They depended for their livelihood chiefly on rainfed agriculture and animal husbandry. They cultivated grain, vegetables, and fruits, such as grapes and olives. In 1944 a total of 20,149 dunums was allocated to cereals; 688 dunums were irrigated or used for orchards. The village was an archaeological site that contained caves, cisterns, mosaic floors, columns, and the vestiges of a Roman road. In 1934 Dimitri Baramki of the Mandate Department of Antiquities directed the excavation of two cisterns in the village of Bayt Nattif which produced mostly ceramic materials dating from between the first and third centuries A.D. Moreover, about a dozen khirbas were found in the vicinity of Bayt Nattif.

Bayt Nattif was captured during Operation Ha-Har by the Fourth Battalion of the Har'el Brigade. But some discrepancies exist in the Israeli accounts of the occupation of the village. While a Palmach report states that the 'inhabitants fled for their lives' as Israeli forces advanced, the Haganah version states that Bayt Nattif was occupied 'after some light resistance.' The latter gives the date of the occupation as 22 October 1948, while the former puts the attack on the previous day. According to the History of the War of Independence, 'in Bayt Nattif, the inhabitants' bundles were found, indicating that they apparently wanted to leave the village previously, but that they did not have enough time to take along their belongings.'

The village was strategically located, and with its occupation, Israeli forces succeeded in blocking the Bethlehem-Ajjur-Bayt Jibrin road, 'the transportation artery which was important for Egyptian troops in this sector.' Israeli raids continued in the area of Bayt Nattif in the months between its capture and the signing of the Armistice Agreement in April 1949. Israeli historian Benny Morris states that the aim was to drive out refugees from nearby villages who were encamped in the area south of Bayt Nattif.

Bayt Nattif is identified by the History of the Haganah as 'the village of the murderers of the 35,' a reference to a PaImach column of thirty-five soldiers that was wiped out when it was sent in January 1948 to participate in a battle around a number of settlements in the area. But reports in the New York Times from that period indicate that the Palmach unit, part of a shock force sent to participate in the battle of Kfar Etziyon, apparently made a wrong turn and was ambushed at nearby Surif. However, the Arab version was that the Zionist force deliberately attacked Surif, holding it for more than an hour before being driven out. As a result of the clash at Surif, Haganah forces encircled the three nearby villages of Bayt Nattif, Dayr Aban, and Zakariyya in a 'punitive' attack which lasted over twenty-four hours. No casualty figures are given in the account of the siege filed by the New York Times correspondent.

Four settlements were established on village land: Netiv haLamed-He, built in 1949, and Avi'ezer, Roglit, and Newe Mikha'el, all built in 1958.

Piles of rubble that have been cleared by bulldozers are scattered over a wide area. Six steel beams stand in the midst of the debris at the site's center. In the rubble one can also see the remnants of arched house entrances. There are two large, open graves on the northeast side the bones in the graves are visible. An area east of the site is thinly covered by cactuses and carob and olive trees. 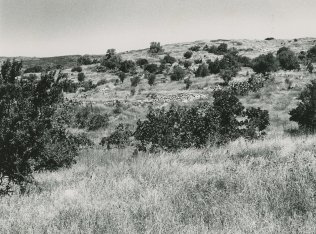 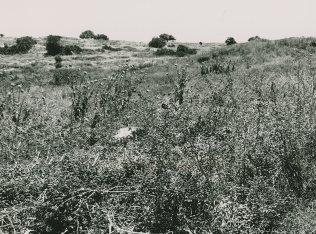 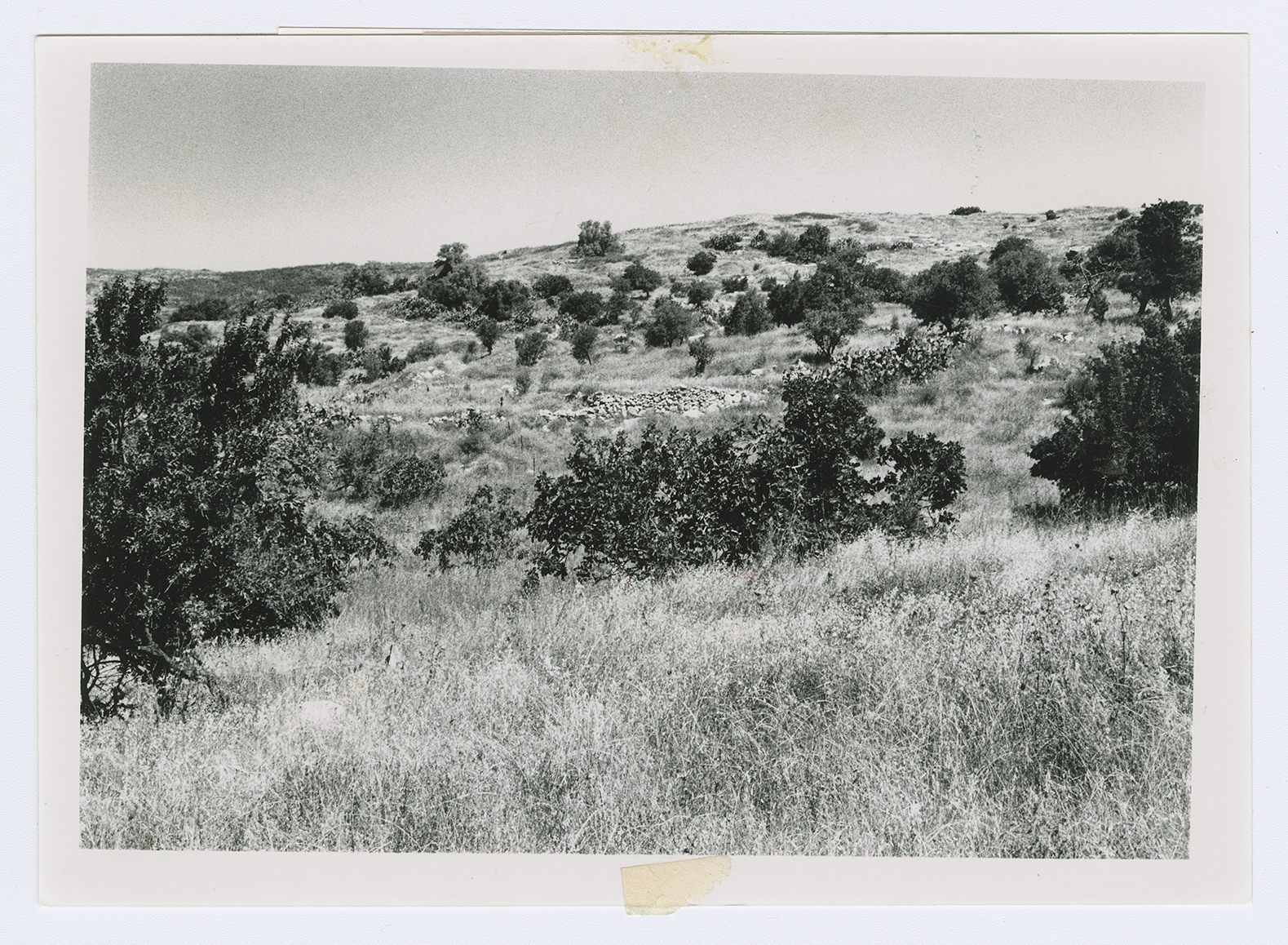 A general view of the village site from the south. 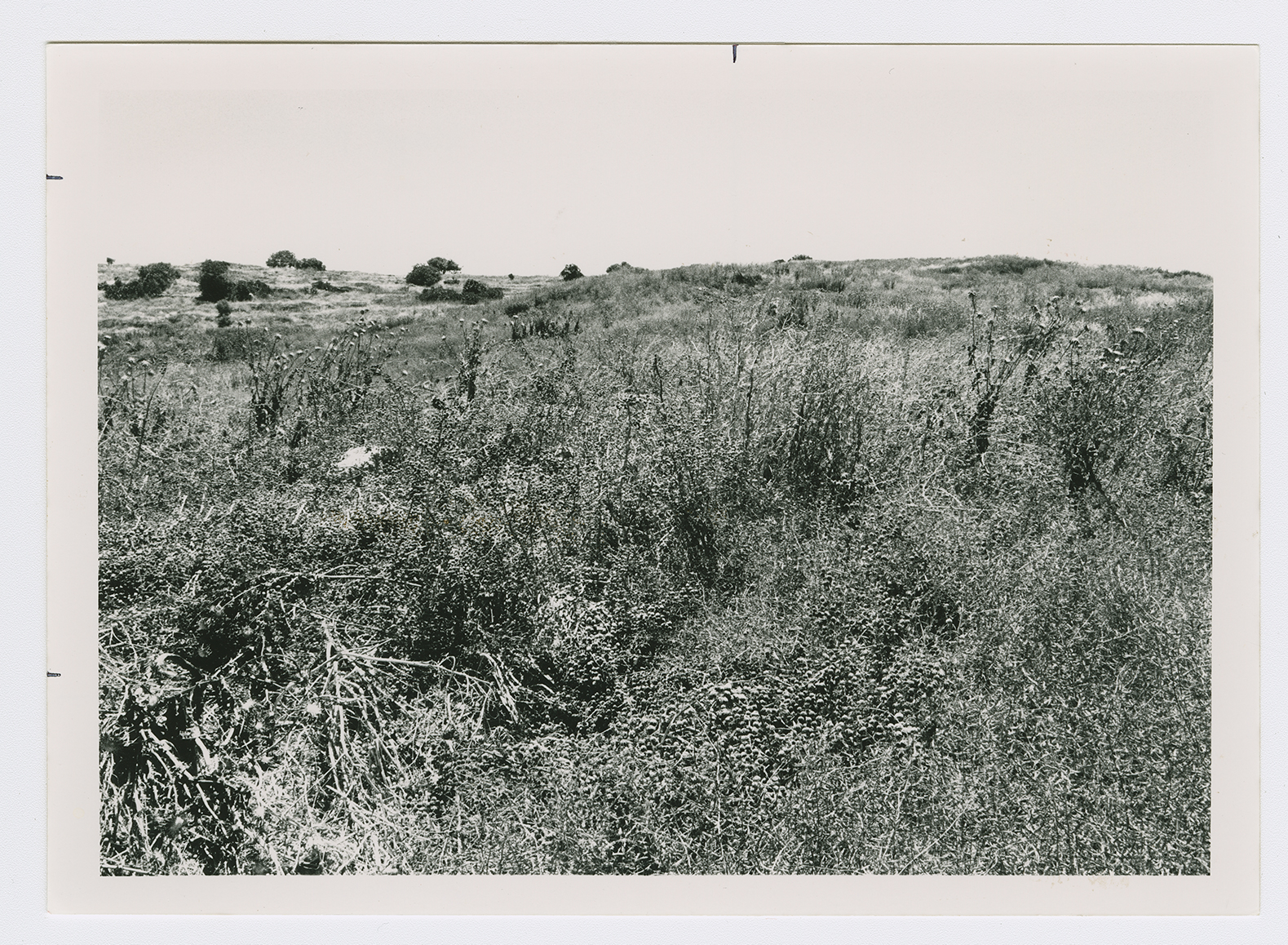