The village stood on a hilltop on the southern slopes of a mountainous area, overlooking a wide area to the west and south. Two wadis flowed down the slopes and met below the village. Bayt Susin was close to a network of roads leading to several urban centers, and was linked by a secondary road to the Jerusalem-Jaffa highway. The Crusaders called it Bezezin. In 1596, Bayt Susin was a village in the nahiya of Ramla (liwa' of Gaza) with a population of 308. It paid taxes on a number of crops, including wheat, barley, and olives. Taxes were also paid on other types of produce and property, such as goats and beehives.

In 1852 Edward Robinson passed through the village; he described it as small and ancient.

Bayt Susin was classified as a hamlet in the Palestine Index Gazetteer, and was divided into two sections; the larger section had a rectangular, north-south plan, and the other section lay 250 m to the southwest. The houses were made of masonry. A mosque, in which the predominantly Muslim population worshipped, was located near the smaller section of the village. Water for domestic use was obtained from a spring (probably the same spring that Robinson saw was in use when he visited the village in 1852

). Animal husbandry and agriculture constituted the backbone of the village economy; grain was the chief crop. In 1943, olive trees were planted on 2 dunums, and in 1944/45 a total of 5,108 dunums was planted in cereals; 94 dunums were irrigated or used for orchards. Several khirbas near Bayt Susin contained the ruins of a wall, house foundations, cut stones, rock-hewn cisterns, caves, a basin, and burial grounds. (See also Bayt Jiz, Ramla sub-disctrict.)

According to Israeli historian Benny Morris, the village was occupied and depopulated in the wake of Operation Nachshon (see Bayt Naqquba, Jerusalem sub-disctrict) on 20 April 1948, in the course of a series of operations in the Jerusalem corridor. But other sources disagree. Palestinian historian 'Arif al-'Arif writes that an attempt to take the village was made on 22-23 May, and that the attack failed in part because the attackers thought that the village had been evacuated and were surprised to encounter strong resistance from its residents. AI-'Arif claims that Bayt Susin was occupied around a week later, on either 28 or 30 May, during one of the offensives launched to capture al-Latrun. The History of the War of Independence confirms this account, indicating that Bayt Susin and the neighboring Bayt Jiz were captured between 16 and 30 May by units of the Sheva' (Seventh) Brigade. The Israeli army announced the capture of the two villages on 28 May, according to the New York Times. The announcement stated that their units swept south of the Jerusalem-Jaffa highway in a flanking maneuver. With both villages under Israeli control, an alternative supply line was established linking Jewish forces in Jerusalem with the coast. By opening a road from Bayt Susin to Jerusalem, Israeli forces were able to bypass the town of al-Latrun and the strategic al-Latrun salient. It is not clear when the village was destroyed, but most villages captured in the Jerusalem corridor at this time were levelled soon after their capture.

The site has been levelled by bulldozers; grass and thorns cover the remaining rubble. Traces of a fig tree are visible at the site's center, and the remains of walls from houses can be seen on the southern edge, where carob, pine, and cedar trees grow. There are cactuses and bushes on the northwestern edge. The entire area to the north and east of the site is wooded (see photos). 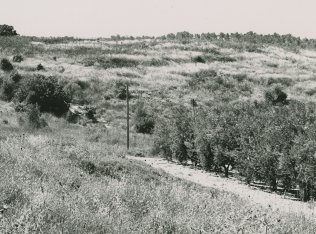 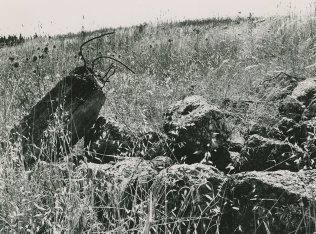 The hill on which the village stood (right background). View from the northwest. 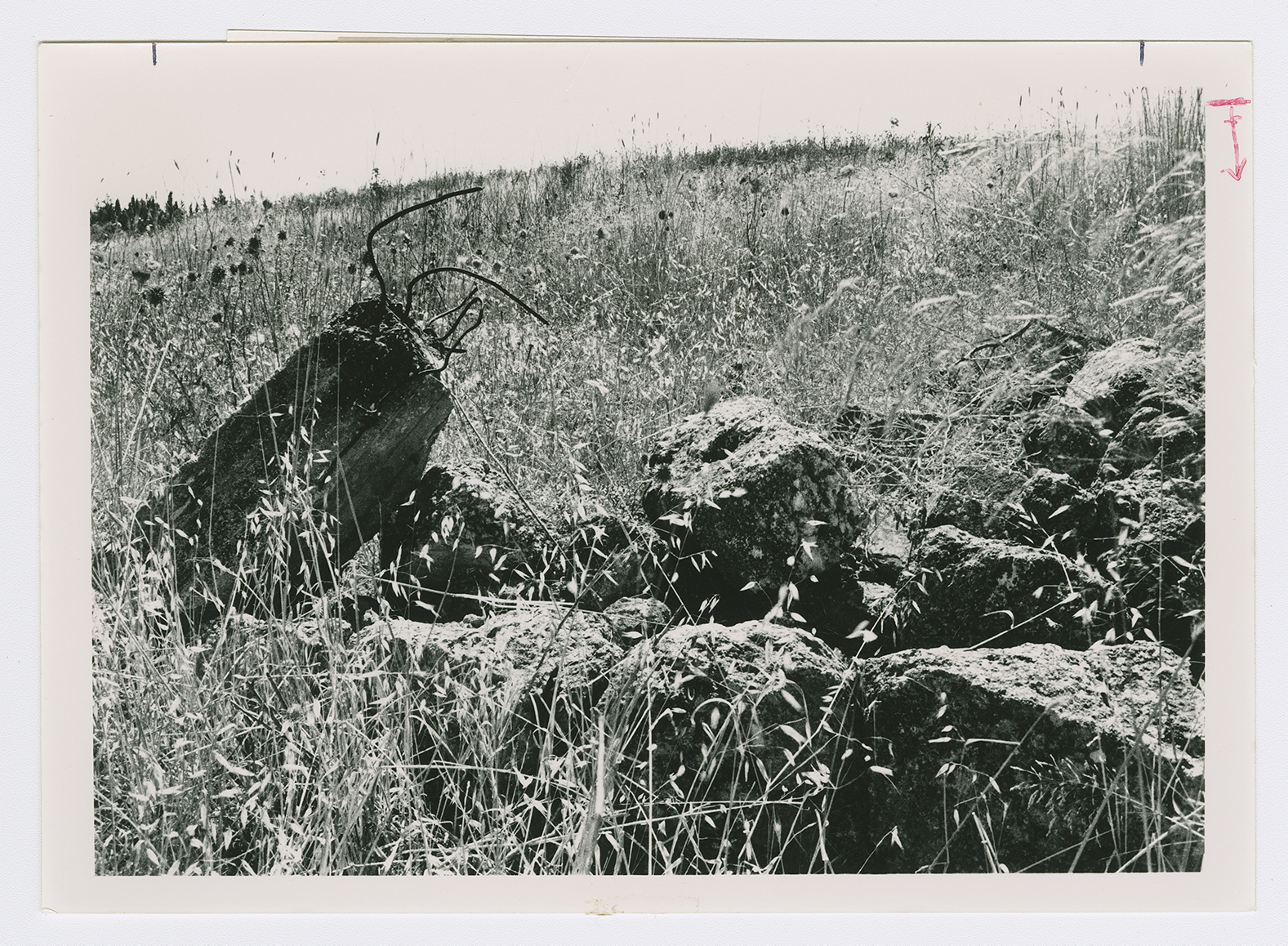 Rubble on the south side of the village site.