The village stood on a high mountain top, overlooking wide expanses of land to the west, north, and south. A secondary road linked it to another secondary road that led to Bethlehem and that ran several km southeast of the village, and dirt paths linked it to nearby villages. In the late nineteenth century, Dayr al-Hawa stood on a knoll rising from a high ridge and overlooked a deep valley to the north. It consisted of a few tall houses at this time, and was listed as a hamlet in the Palestine Index Gazetteer.

The village had a rectangular layout, with new construction extending in a northwest−southeast direction, in conformity with the topography of the land. Its houses were built of mud and stone and were crowded together, separated only by narrow alleys.

The villagers, all of whom were Muslim, worshipped at a mosque in the western part of the village and maintained a shrine for Shaykh Sulayman, a local teacher. Two wells, southeast and west of the village, provided potable water. Most of its agricultural lands were mountainous, except for the valley floors where grain was planted. Fruit trees, which yielded apples, olives, figs, and almonds, were planted on the slopes. All of these crops were rainfed. In 1944/45 a total of 1,565 dunums was allocated to cereals; 58 dunums were irrigated or used for orchards. Dayr al-Hawa was built on an archaeological site. Some of the building stones and columns from the site had been used to construct the village houses.

Dayr al-Hawa was one of the villages to be captured at the beginning of Operation Ha-Har (see 'Allar, Jerusalem sub-disctrict) toward the end of the second truce of the war. It was occupied on the night of 18−19 October 1948 (or perhaps on the following night) by the Fourth Battalion of the Har'el Brigade. After wresting Dayr Aban from Egyptian forces, the Israeli units turned their attention to Dayr al-Hawa which, although only 2 km from Dayr Aban, was 300 m higher. The History of the War of Independence notes that '… the ascent to the village was difficult enough by itself; had the enemy [Egyptian forces] the ability to hold out he could certainly have caused us many difficulties. But here too the troops withdrew as soon as the place was shelled because they lost confidence in their ability to hold out and because the fear of our army was in their hearts.' No mention is made of the fate of the civilian population, but Israeli historian Benny Morris states that the commander of the operation, Yigal Allon, probably made it clear to his officers that no civilian communities should remain in the area captured during the operation.

There are no Israeli settlements on village land. The settlement of Nes Harim (155128), founded in 1950, is close by, northeast of the village site.

The stone rubble of houses is mixed with the ruined walls of terraces. Parts of the site have been levelled and cleared and the debris has been gathered to form a large pile at one end of the site (see photo). In the north, south, and west, terraces are covered with groves of carob and olive trees. Cactuses grow on the southern edge of the site, and ruined walls lie on the western side of the village. Large slabs of reinforced concrete can still be seen near the watchtower that was erected on the cleared area (see photo). The "Two Hundred Years" park, commemorating the U.S. bicentennial, was established by the Jewish National Fund on the lands of Dayr al-Hawa and a few neighboring villages. Fir trees have been recently planted near the park. The Hubert Humphrey Parkway passes through the park on the lands of Dayr al-Hawa (see photo). 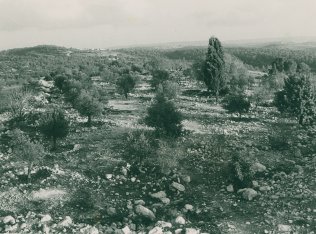 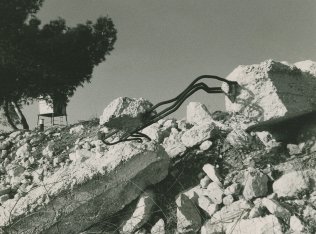 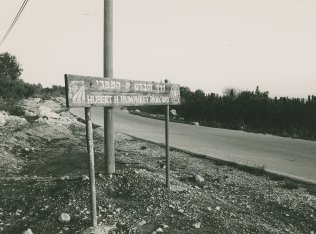 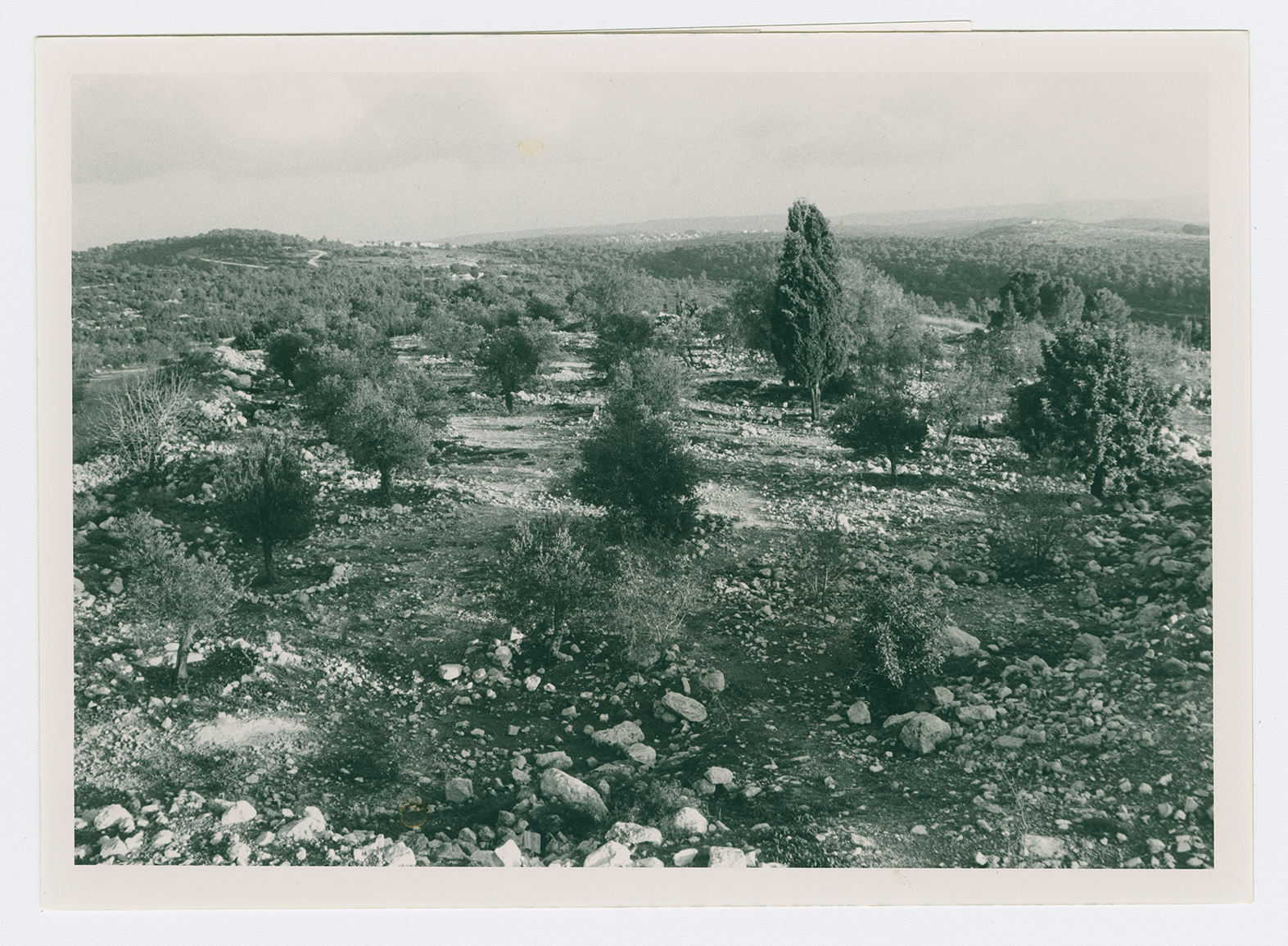 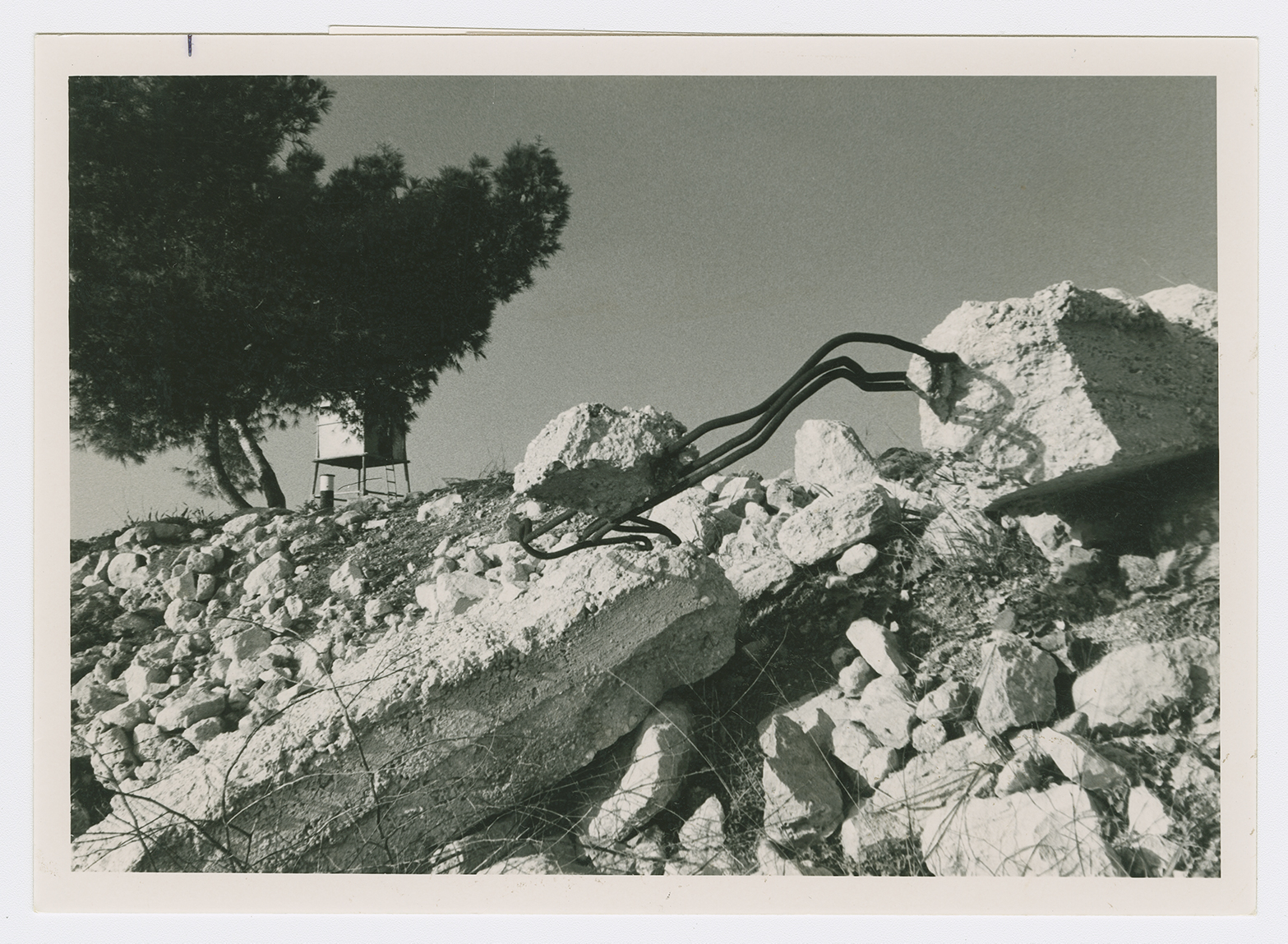 Remains and rubble of the village. 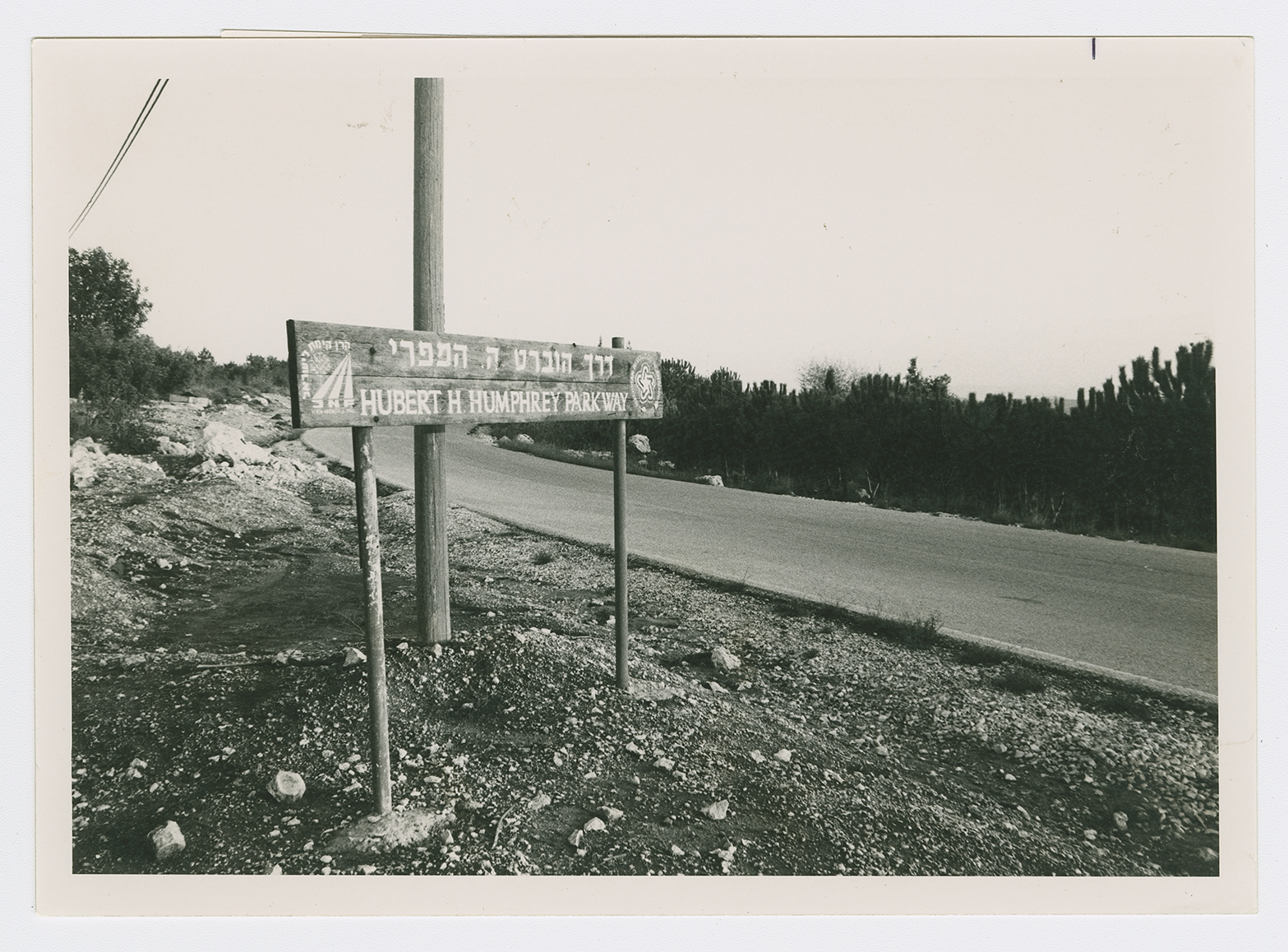