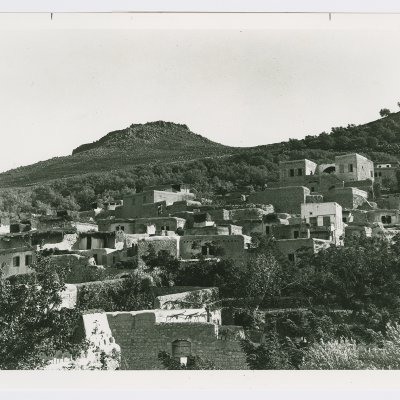 The village was located on the banks of a small wadi, at the northern foot of Mount Hittin. Historically, the village was strategically and commercially significant because it dominated the Plain of Hittin. The plain opened onto the coastal lowlands of Lake Tiberias, to the east, and to the west was linked to the plains of lower Galilee through mountain passes (see photos). These plains, with their east-west passages, had served as routes for commercial caravans and military invasions throughout the ages. The village may have been built over the Canaanite town of Siddim or Ziddim (Joshua 19:35), which in the third century B.C. acquired the Hebrew name Kefar Hattin ('village of grain'). It was known by the name Kfar Hittaya in the Roman period and served as a rabbinical seat in the fourth century. The Plain of Hittin was the site of the famous battle of Hittin (1187), in which Salah aI-Din al-Ayyubi (Saladin) defeated the Crusaders' armies, thereby securing the entire Galilee.

Hittin also was the place where numerous prominent figures in the early Islamic period were born or buried. Their names were linked to the village by a number of early Arab and Muslim geographers and chroniclers, including Yaqut al-Hamawi (d. 1228) and aI-Ansari al-Dimashqi (d. 1327), who himself was called the Shaykh of Hittin. 'Ali al-Dawadari, the writer, Qur'anic exegetist, and calligrapher died in the village in 1302.

In 1596, Hittin was a village in the nahiya of Tiberias (liwa' of Safad) with a population of 605. It paid taxes on a number of crops, including wheat, barley, and olives, as well as on other types of produce, such as goats and beehives.

In the early nineteenth century, the Swiss traveler Burckhardt described it as a small village whose houses were built of stone.

In the late nineteenth century, Hittin was circled by fruit and olive trees; the village's 400 residents cultivated part of the surrounding plain.

The modern village layout was triangular in shape. Its streets were level and straight due to the flatness of the site. The village center, located in the northwest, included a small market, an elementary school (established around 1897 under Ottoman rule) and a mosque for the entirely Muslim population. Religious landmarks in the village area included the shrine of the prophet (nabi) Shu'ayb on the southwestern outskirts of Hittin. This shrine was especially sacred to people of the Druze faith, who made a pilgrimage to the site each April. The shrine had several rooms for visitors and a prayer hall that was believed to house the tomb and footprint of the prophet Shu'ayb. A spring near the shrine provided the visitors with drinking water.

The land was well-endowed with good soil and enjoyed plentiful rain and ground water, especially in the northern part of the plain, where there was a group of springs and wells. Combined with the moderate weather, these attributes led to the development of a successful agricultural economy. Most villagers engaged in agriculture, which was based on grain and fruits, including olives. In 1944 a total of 10,253 dunums was planted in cereals; 1,936 dunums were irrigated or used for orchards. The village was constructed over the archaeological remains of earlier settlements; these remains were scattered throughout the village. There were also a number of khirbas in the vicinity.

The villagers' first direct experience of the war was on 9 June 1948, when an Israeli attack on nearby Lubya was repulsed just before the beginning of the first truce. Interviewed some twenty-five years later, villagers said that as the Israeli armored unit was retreating eastwards, the militiamen of Hittin opened fire on the vehicles from their positions overlooking the Nazareth-Tiberias highway. After forcing the Israeli unit to retreat further, most of the militiamen returned to the village to join in the funeral procession of one of their fallen comrades. The lookouts who remained at the 'Horns of Hittin'-the two high hills separated by a valley that are a landmark of the ancient battlefield-soon spotted an armored unit accompanied by infantry advancing towards the village from the direction of the Jewish settlement of Mitzpa. One of the participants described the subsequent developments to Palestinian historian Nafez Nazzal: 'We joined our lookouts on the Horns of Hittin. Numerically, we were fewer; however, our positions overlooked theirs... we saw every move they made. As they advanced towards us... we fought them fiercely for more than four hours and forced them to halt. A few of us went down the mountain and dug in behind the rocks; when they opened fire, the Jews thought that they were trapped and decided to retreat.'

The next attack was mounted by the Sheva' (Seventh) Brigade after the first truce ended, during Operation Dekel (see 'Amqa, Acre sub-disctrict). Villagers told Nazzal that when Nazareth fell (on 16 July), some twenty-five to thirty Arab Liberation Army soldiers stationed at Hittin began to withdraw. Most villagers left on the night of 16-17 July, taking refuge in Salama, an area between Dayr Hanna and al-Mughar. One of the militiamen who stayed behind later recounted what happened that night:

We remained at the Horns of Hittin until the last minute. We saw the Jewish armoured unit advancing … we were too few and had too limited a supply of ammunition to withstand the attack. … During the first Jewish attack, many of the villagers used up all the ammunition they had. … We retreated to the village and with a few remaining villagers, we fled north.

Shortly after the village was taken, the second truce went into effect. In the next few days, five men returned to assess the possibility of retaking the village, but were fired upon by Israeli soldiers. At least one person managed to return and escort his parents out. The villagers also reported that they remained on the village outskirts for a month, waiting for a chance to return. Eventually, they headed for Lebanon.

The site is overgrown with grass, and heaps of stones are scattered across it. Aquatic plants grow in the shallow streams that run past it. The mosque is deserted; its minaret is intact but its arches are crumbling (see photos). Mulberry, fig, and eucalyptus trees, as well as cactuses, grow on the site. The surrounding lands of the plain are cultivated, while the mountainous lands are used as grazing areas. The shrine of al-Nabi Shu'ayb, on the slope of a hill near the village, still stands as a holy place for Druze pilgrims. 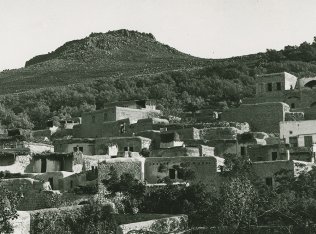 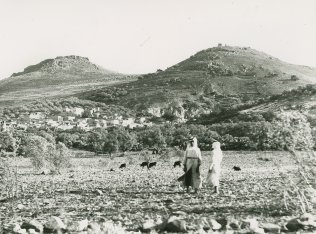 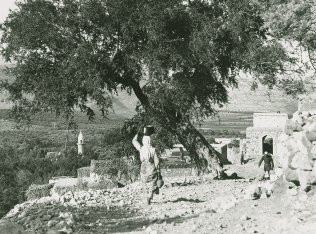 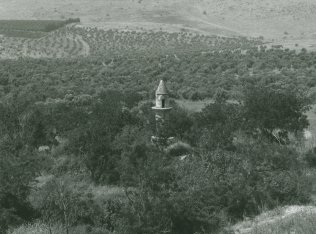 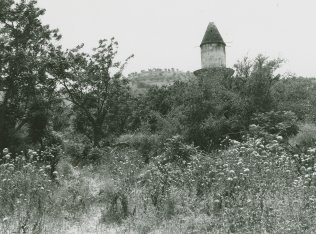 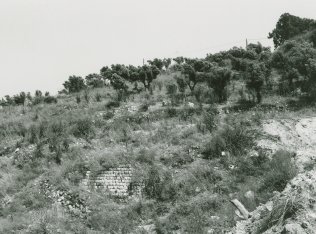 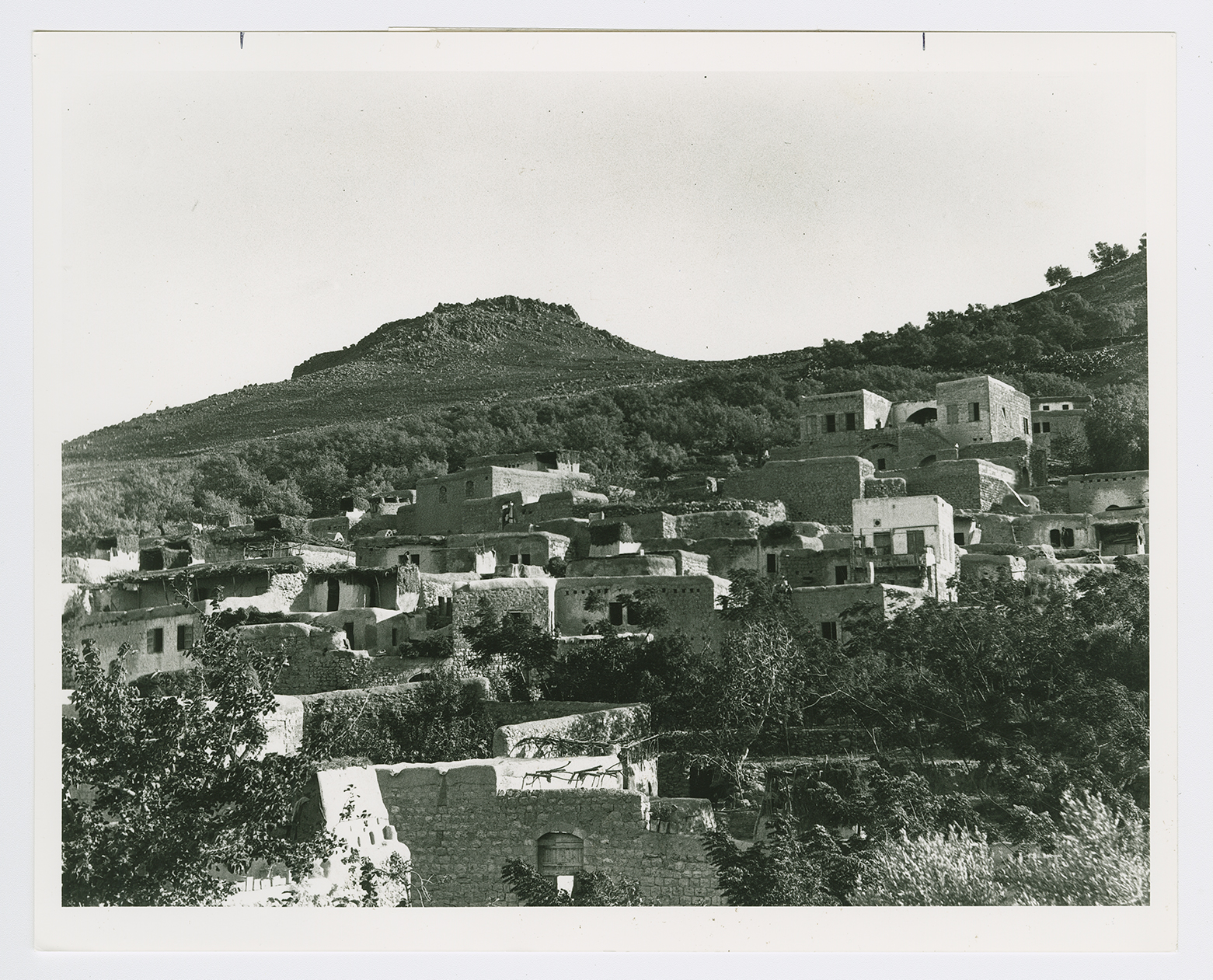 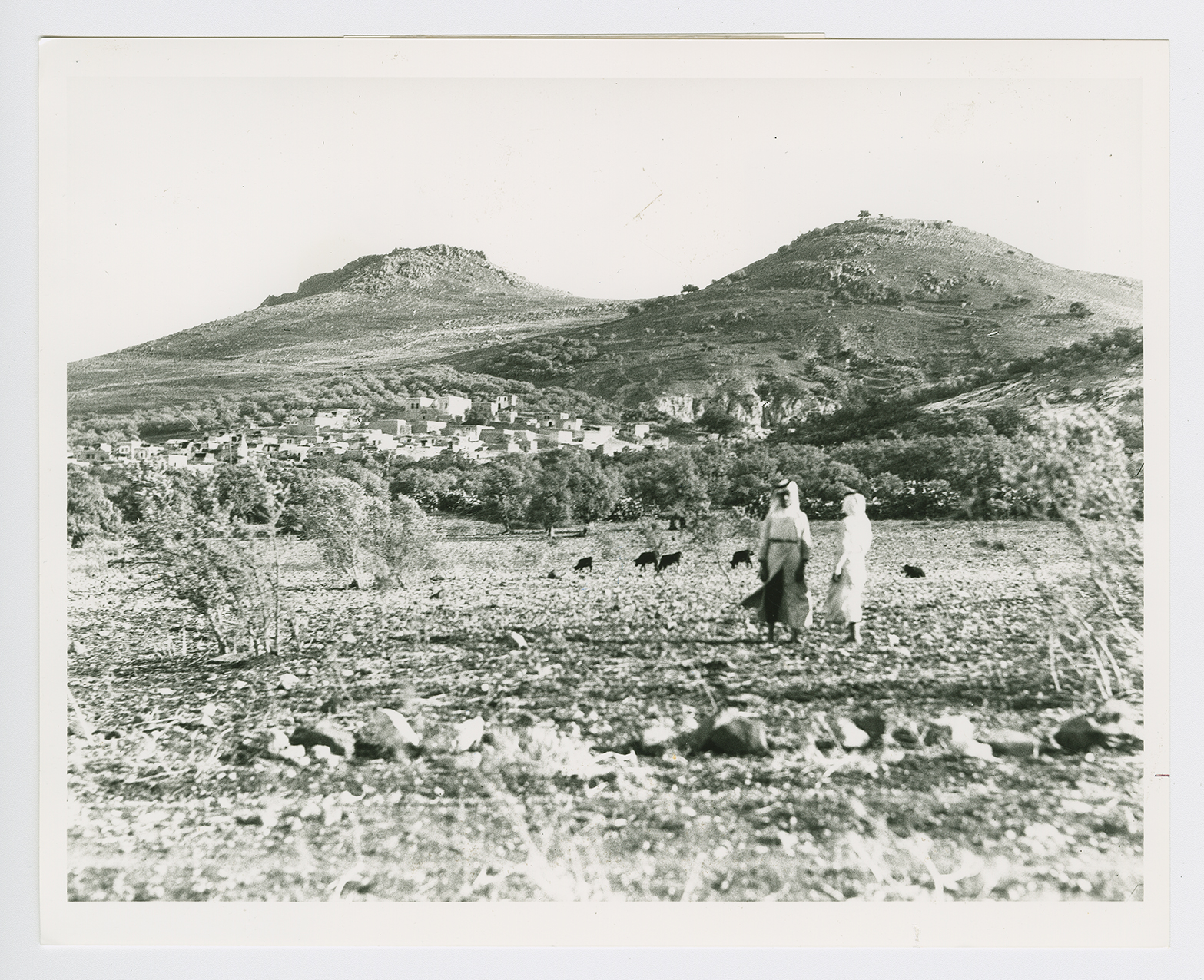 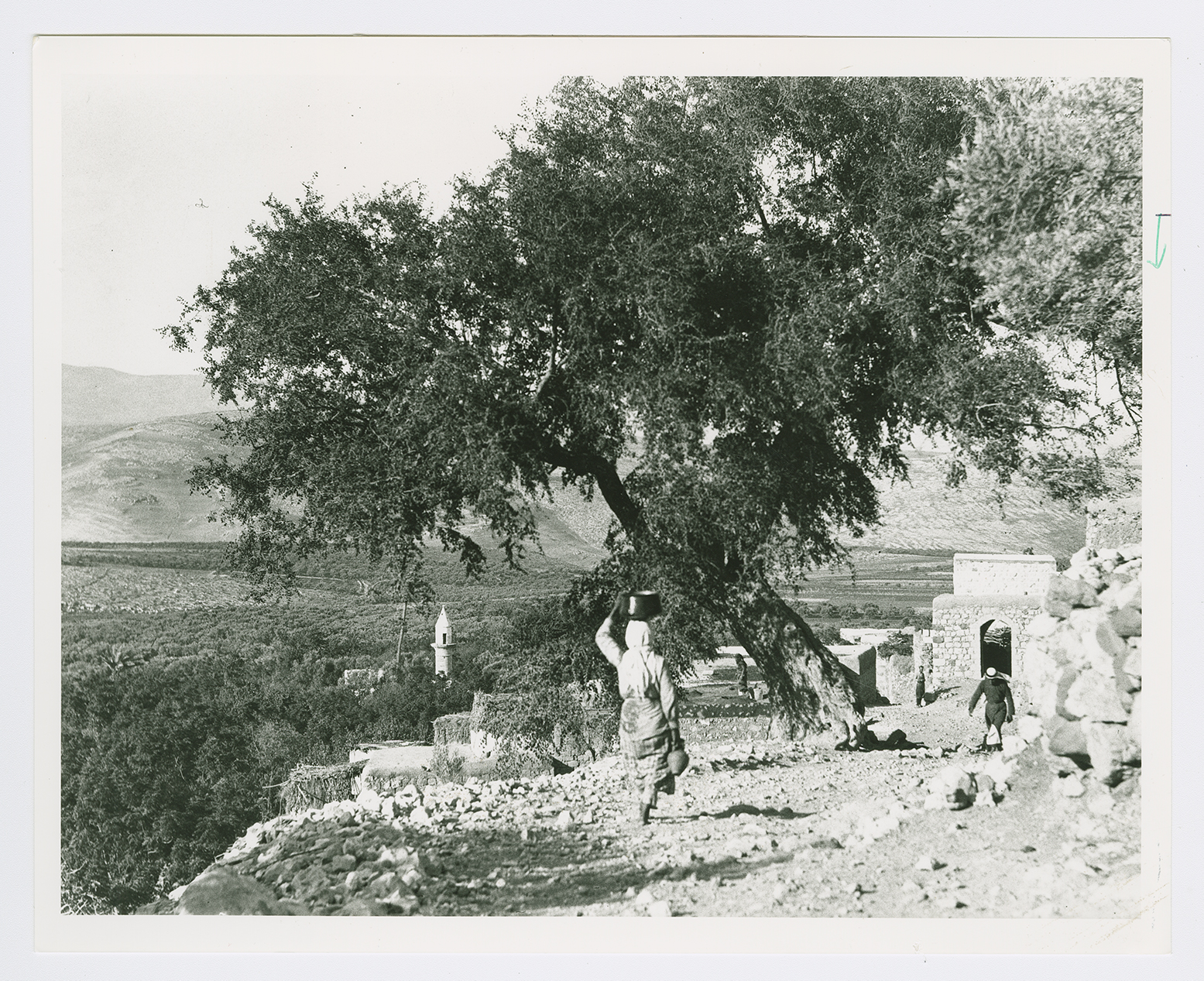 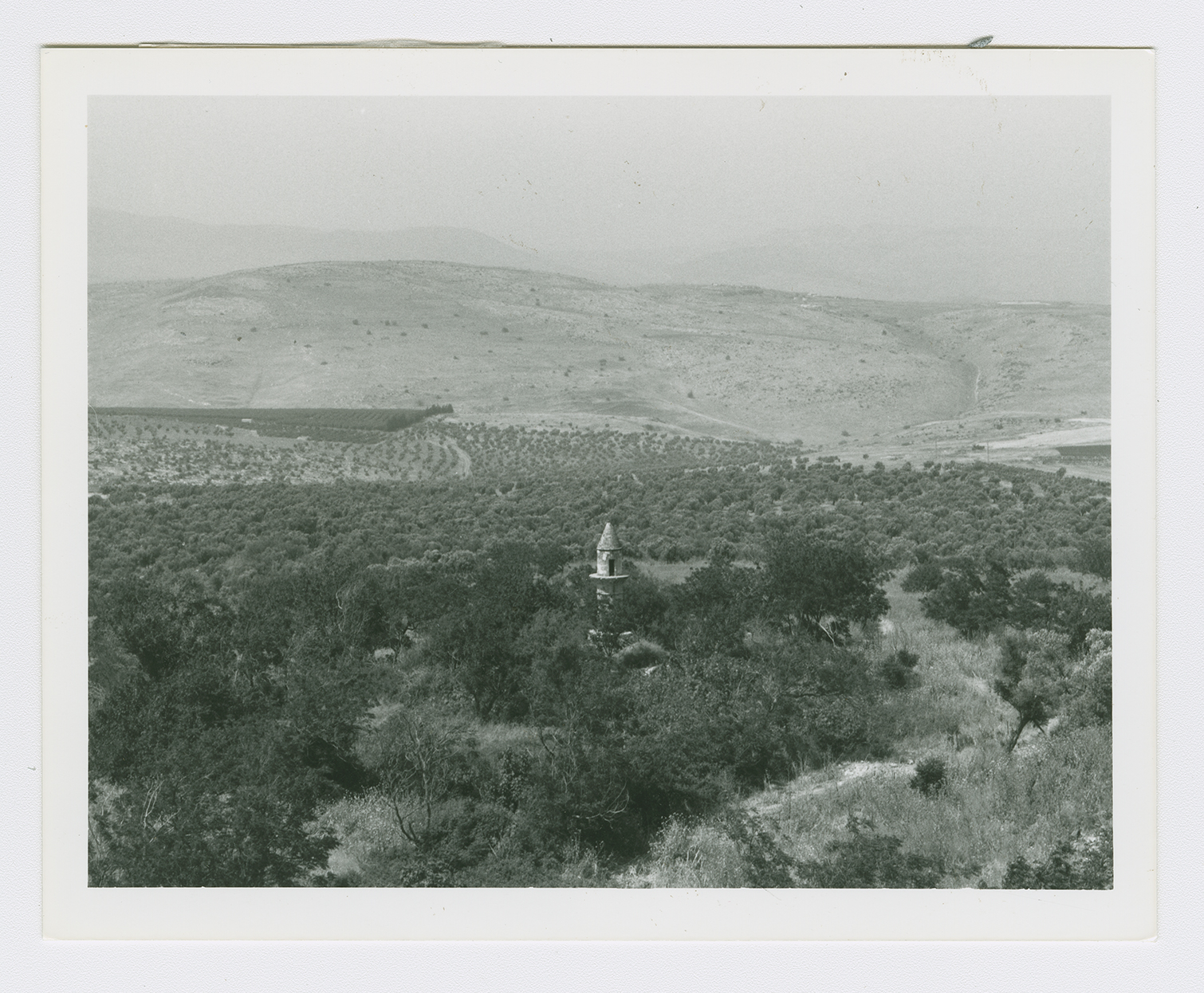 The village site with minaret. 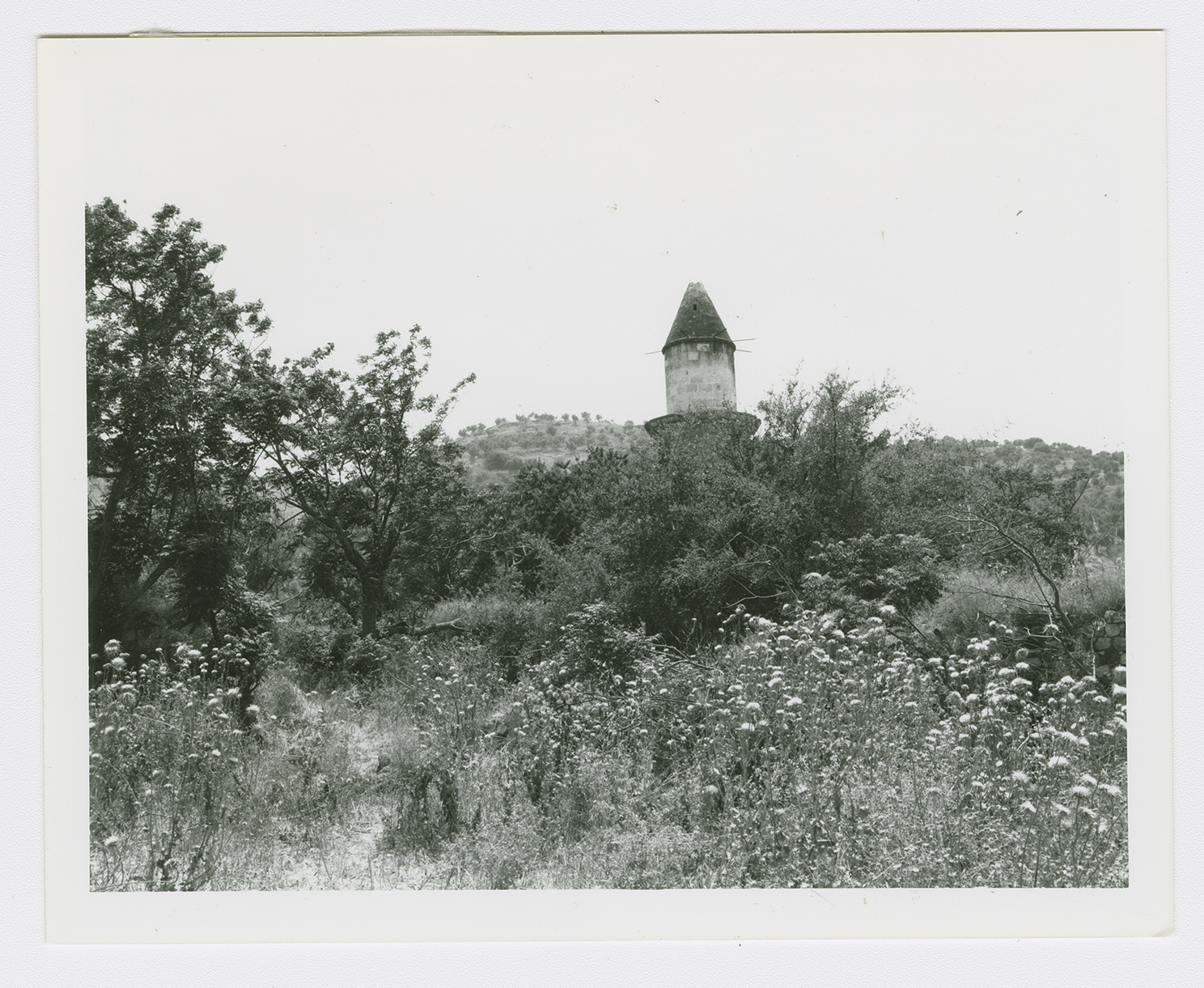 A view from the northern part of the village site showing the minaret. 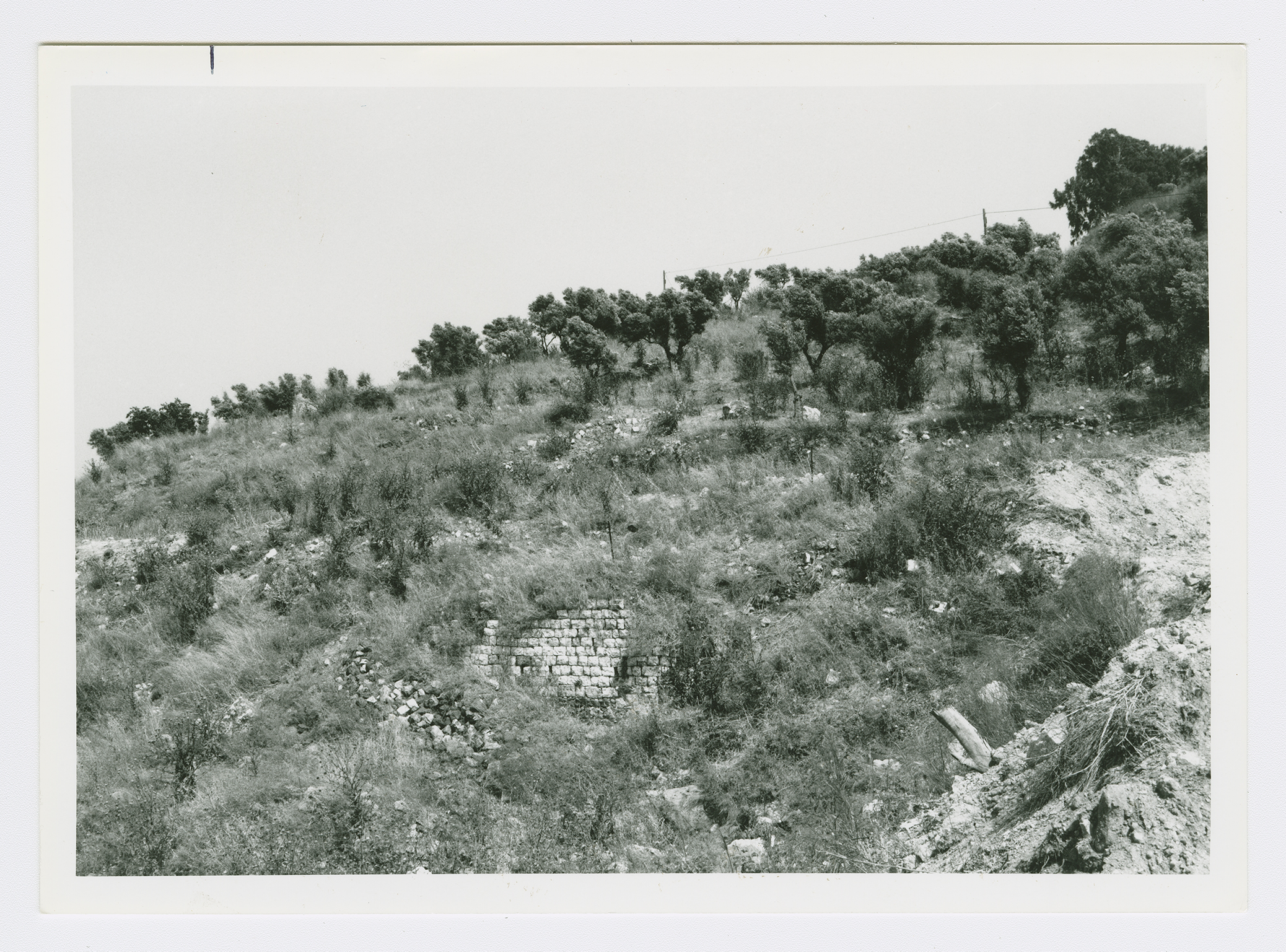 Remnants of walls on the site. View from the south.