The village stood on flat ground on the coastal plain. It was bordered by Wadi Ibdis, to the east, and was linked by two secondary roads to the highway between al-Majdal and the Jerusalem–Jaffa highway. These two roads also connected it to two neighboring villages. In 1596, Ibdis was a village in the nahiya of Gaza (liwa' of Gaza), with a population of 193. It paid taxes on a number of crops, including wheat, barley, sesame, and fruits, as well as on other types of produce and property, such as goats, beehives, and vineyards.

In the late nineteenth century, Ibdis was a moderate-sized village that stood on open ground.

Its adobe houses stood close to each other, separated only by narrow alleys. In the final years of the Mandate, new houses were built along the two roads mentioned. The community, which was Muslim, obtained its water for domestic use from a deep (55 m) well. However, because the number of drilled wells was limited, the villagers relied largely on rainfall for their crops. Ibdis was known in the region for its quality grains, such as wheat, barley, and sorghum. In the later period, villagers also grew fruit trees, including grapes, apricots, and oranges. In 1944/45 a total of 4,307 dunums was allotted to cereals; 149 dunums were irrigated or used for orchards. The presence of old and used wells, reservoirs, the foundations of former buildings, and architectural fragments suggested that Ibdis had a long past. A probable Byzantine site, Abu Juway'id lay very near the village. To the southwest of it lay Khirbat Ajjas, which the Arab geographer Yaqut al-Hamawi (d. 1228) mentioned as being a village within the jurisdiction of Ascalon.

The daily Palestinian newspaper Filastin reported in mid-February 1948 that Zionist forces arrived at Ibdis in three large vehicles on the evening of 17 February. They were engaged by the local militia and a clash ensued which went on for 1½ hours, until the attackers withdrew to the settlement of Negba. According to the newspaper account, none of the village's defenders were injured.

On 8 July 1948, as the first truce of the war was about to expire, the Giv'ati Brigade moved on the southern front to link up with Israeli forces in the Negev. Although it did not succeed in this aim, it did manage to expand its area of control southwards, occupying numerous villages in the Gaza sub-disctrict. Ibdis was attacked by the Giv'ati Brigade's Third Battalion during the night of 8 July, resulting in a 'long battle' with two companies from the Egyptian army who were stationed there, according to the account in the History of the War of Independence. The Israeli forces 'only finished cleaning the position by the hours of the morning.' Bayt Affa and Iraq Suwaydan were captured at the same time, according to an Israeli military communiqué quoted in the New York Times. It is unclear whether the inhabitants of Ibdis were expelled at that time, but the Haganah account states that some military equipment was captured from the Egyptians.

Egyptian forces tried to recapture it on 10 July, but failed when they suffered 'heavy losses' after confronting Israeli units based there. The History of the War of Independence states: 'This victory at the position of Ibdis was a turning point in Giv'ati's advance. For, from that victory onwards, the Brigade's forces did not withdraw from a Single position until the end of the war. ' Egyptian writer Muhammad Abd al-Mun'im states that Ibdis was recaptured briefly in the 10 July operation, but that the Egyptian units were forced to withdraw under fire from the heights overlooking the village. There was another failed attempt to recapture the village on 12 July.

But another Egyptian source states that the village had also been attacked at the beginning of the first truce on 11 June, in violation of the United Nations-brokered agreement. As the late Egyptian president Gamal Abd al-Nasir, then a junior Egyptian officer on this front, later recalled: 'On the first day of the truce the enemy moved against the Arab village of Ibdis which interpenetrated our lines.' Abd al-Nasir does not mention whether this attack resulted in the occupation of the village, but it presumably remained in Egyptian hands until the 8–9 July attack.

Merkaz Shappira, established in 1948 on the border between lands belonging to Ibdis and to al-Sawafir al-Gharbiyya, cultivates some of the lands near the site but is not on village lands.

The village can only be identified by a cluster of sycamore trees; the houses have been completely obliterated. Part of the surrounding land is cultivated. 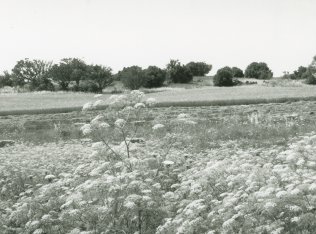 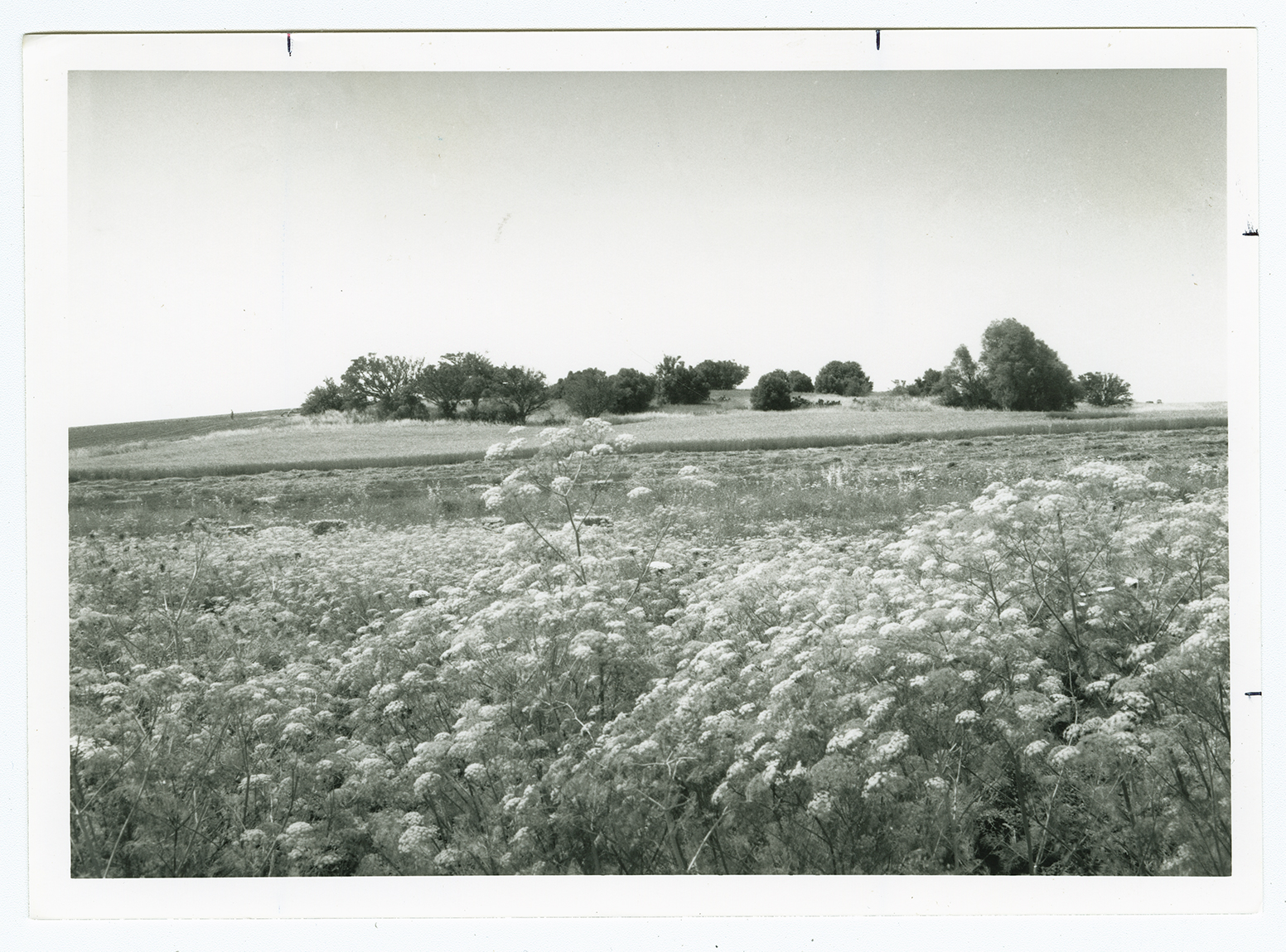 A general view of the village-site, identified by the grove of sycamore trees.