The village stood on a small plateau of reddish-brown soil on the coastal plain. The al-Faluja–al-Majdal highway passed through its southern periphery; a fortified police station was built by the British west of the village on this same highway. The first part of its name, Iraq ('small hill' in Arabic), obviously referred to its topography. The origin of the second part, a proper name, is unknown. The village population was Muslim.

In the late nineteenth century, Iraq Suwaydan was a moderate-sized village situated on a plain.

After 1947 Iraq Suwaydan shared its elementary school—which the inhabitants had established as a private school in 1942—with the neighboring villages of Ibdis and Bayt Affa. Enrollment from all three villages totalled 104 students in the mid-1940s. Water for domestic use was supplied by two wells, while crops were rainfed. The main crop was grain but small areas were also planted with trees (including almond trees) and grapes. In 1944145 a total of 7,329 dunums was allocated to cereals; 9 dunums were irrigated or used for orchards. West of Iraq Suwaydan, along the highway, were two archaeological sites: Khirbat al-Shaykh Muhammad and Khirbat al-Shaykh Abdallah. Judging from surface evidence both were intensively occupied during the Byzantine period. They contain remains such as burial places, man-made caves hewn out of the rock, and a mosaic floor.

On the eve of their evacuation on 15 May 1948, the British authorities gave the local population control over the village police station. Soon afterwards, Egyptian forces entered Palestine and the First Battalion was ordered to take up positions in Iraq Suwaydan. Because of the strategic importance of the village police station—it controlled the road between al-Majdal and Bayt Jibrin, as well as the inland road to the Negev—the Israelis tried but failed to capture it in eight separate attacks in subsequent months. In the words of the History of the War of Independence, 'There is no position in the country that we attacked as many times as that 'beast on the hill.'

When the first truce was declared, the village was still unoccupied. As soon as the truce ended (which marked the beginning of the 'Ten Days'), Israeli forces again tried to capture it. Units of the Negev Brigade were ordered to capture the police station, while units of the Giv'ati Brigade were assigned the task of occupying the village itself. The village was captured briefly by the Fourth Battalion of the Giv'ati Brigade during the night of 8–9 July, according to the History of the War of Independence. But it had to be evacuated almost immediately, because units of the Negev Brigade failed to occupy the police station and the village was indefensible without it. Two days later, the New York Times reported that the Israeli air force had bombed the site, as well as other targets in the Gaza sub-disctrict.

The police station finally fell on 9 November to the Ninth Battalion of the Armored Brigade in a massive attack launched during the truce in the wake of Operation Yoav, expressly designed to occupy the position. The tactic was to begin the assault with 'preparatory artillery bombardment that had been unequalled at any other time [during the war], followed by an infantry and armoured attack.' The Israeli attackers 'had never before seen such firepower aimed at a single target,' according to the History of the War of Independence. After two hours of intensive bombardment, the wall of the police station was blasted open by an advancing Israeli unit, and its Egyptian defenders, who had held out for almost six months, 'emerged from the fortress dazed and shocked, and they surrendered.' United Nations (UN) truce observers who witnessed the attack reported that the position was also bombed from the air with B-17 Flying Fortress aircraft. The New York Times reported that after hearing firing, the truce observers (an American and a Belgian) appeared on the scene with Israeli liaison officers.

The Israeli officers then requested them to leave, asserting that it was dangerous to remain. The observers refused and were arrested by Israeli military police and detained until evening. The UN called the Israeli arrest of the observers a 'deliberate attempt to thwart effective truce supervision.'

On 10 November, the day after the attack, an Israeli communiqué stated that following the surrender of the police fortress, Egyptian troops had withdrawn from the village of Iraq Suwaydan and the nearby village of Bayt Affa. The New York Times quoted the communiqué as saying that these villages had been occupied by Israeli soldiers, but did not say whether any of the inhabitants remained. General Yitzchaq Sadeh, the founder and first commander of the Palmach, wrote a full description of the attack on the police station of Iraq Suwaydan in which he noted: 'The name of Iraq Suweidan in itself commanded respect among the fighters of Israeli army units.' After both the village and the police station were occupied, the noose was tightened around the thousands of civilians and military personnel who remained inside the 'Faluja pocket.'

The debris of houses are hidden within a forest of eucalyptus trees that covers the village center. Cactuses and the remnants of a pool are visible. Two old village streets, one passing through the site and the other through the land, are clearly recognizable. The British police station is still in use and is now called Metzodat Yoav. The surrounding lands are cultivated by Israeli farmers. 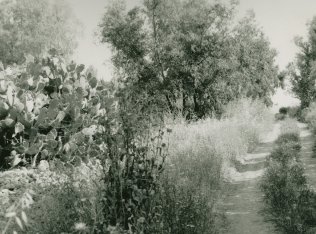 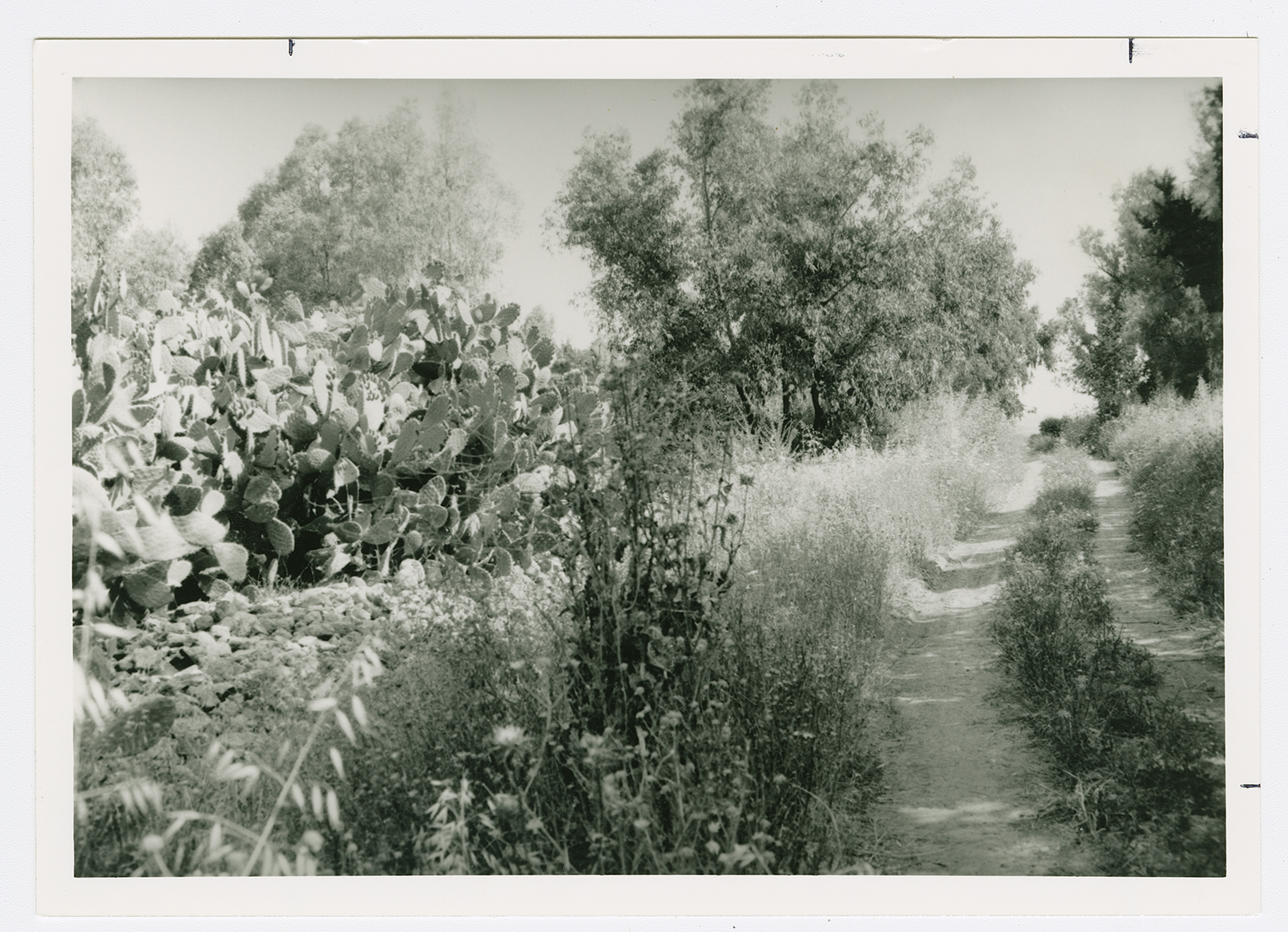 The road passing through the village site. Cactus plants and rubble are visible.