The village stood on a slightly elevated hill in the eastern portion of the plain of Acre. Secondary roads linked it to the Acre–Safad highway and to neighboring villages. The Crusaders knew it as Coket. Travelers who visited Kuwaykat in the late nineteenth century described it as a village built of stone that was situated at the foot of hills. The village's 300 residents cultivated olives.

According to a later description, most of the village's houses were made of adobe brick and were built close together, separated only by narrow alleys that intersected at right angles. Its entire population was Muslim. Kuwaykat had an elementary school (built by the Ottomans in 1887), a mosque, and a shrine for the Druze Shaykh Abu Muhammad al-Qurayshi. Because of Kuwaykat's relative proximity to Acre, its inhabitants were able to take advantage of the city's educational, medical, and commercial services. Wells provided water for irrigation and domestic needs.

Kuwaykat's lands were considered among the most fertile in the sub-disctrict. Grain, olives, and watermelons were its chief crops. In 1944/45 a total of 3,316 dunums was allotted to cereals; 1,246 dunums were irrigated or used for orchards, of which 500 dunums were planted with olive trees. In addition to agriculture, the inhabitants of Kuwaykat also engaged in livestock breeding and dairy production. Archaeological remains in the village and its vicinity, especially in Tall Mimas, included ancient water reservoirs, wine presses, and rock–hewn tombs.

The first large attack on the village came on 11 June 1948, just before the first truce of the war went into effect. Eyewitnesses who were interviewed in later years said that the assault was repulsed by the local Arab militia, which numbered around sixty men, armed with thirty-five to fifty assorted rifles and one Bren gun. A much earlier attack had been reported in the Palestinian press in January. That attack, which was also repulsed, took place on 18–19 January and involved a force of eighty Jewish militiamen, according to the newspaper Filastin. The paper also reported that another attack, on the night of 6–7 February, had been driven back; no casualty figures were given.

Villagers interviewed in 1973 said that they were visited by representatives of the Arab Liberation Army (ALA) during the first truce and were advised not to evacuate the women and children from the village, as this would encourage the militia to fight better. On 9 July, the day the truce ended, some Arabs who were collaborating with the Zionists came to the village and asked the mukhtar to surrender, but he refused. That same night, Operation Dekel  began and Kuwaykat came under heavy bombardment. One villager recalled:

We were awakened by the loudest noise we had ever heard, shells exploding and artillery fire … the whole village was in panic … women were screaming, children were crying…. Most of the villagers began to flee with their pajamas on. The wife of Qassim Ahmad Sa'id fled carrying a pillow in her arms instead of her child….

Two people were killed and two wounded by the shelling. The militia retreated to a position in a hilly area to the east of the village and stayed there for four days, waiting in vain for ALA reinforcements to recapture their village. Many villagers fled to Abu Sinan, Kafr Yasif, and other villages that later surrendered. Those who remained in Kuwaykat (mostly elderly) were soon expelled to Kafr Yasif. In the early days after occupation, the women of the village often infiltrated the village to get food and clothing.

The units that captured Kuwaykat were from the Sheva' (Seventh) and Carmeli brigades, according to Israeli historian Benny Morris. Morris quotes a company commander in the Twenty–First Battalion who participated in the attack; he confirms the villagers' account of the heavy bombardment that preceded the occupation. 'I don't know whether the artillery softening up of the village caused casualties,' the officer said, 'but the psychological effect was achieved and the village's non-combatant inhabitants fled before we began the assault.'

In January 1949, Kibbutz ha-Bonim was established near the site of Kuwaykat, on village lands.

It was later renamed Beyt ha-Emeq. Its settlers were Jewish immigrants from England, Hungary, and the Netherlands.

Little remains of the village except the deserted cemetery, completely overgrown with weeds, and rubble from houses. Inscriptions on two of the graves identify one as that of Hamad Isa al-Hajj, and another as that of Shaykh Salih Iskandar, who died in 1940. The shrine of Shaykh Abu Muhammad al-Qurayshi still stands but its stone pedestal is badly cracked. A forest of pine and eucalyptus has been planted on the site. 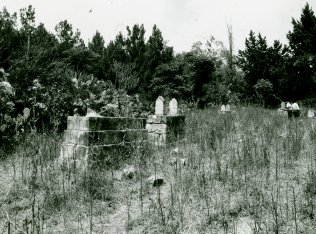 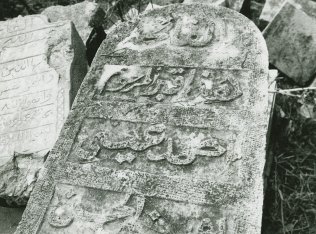 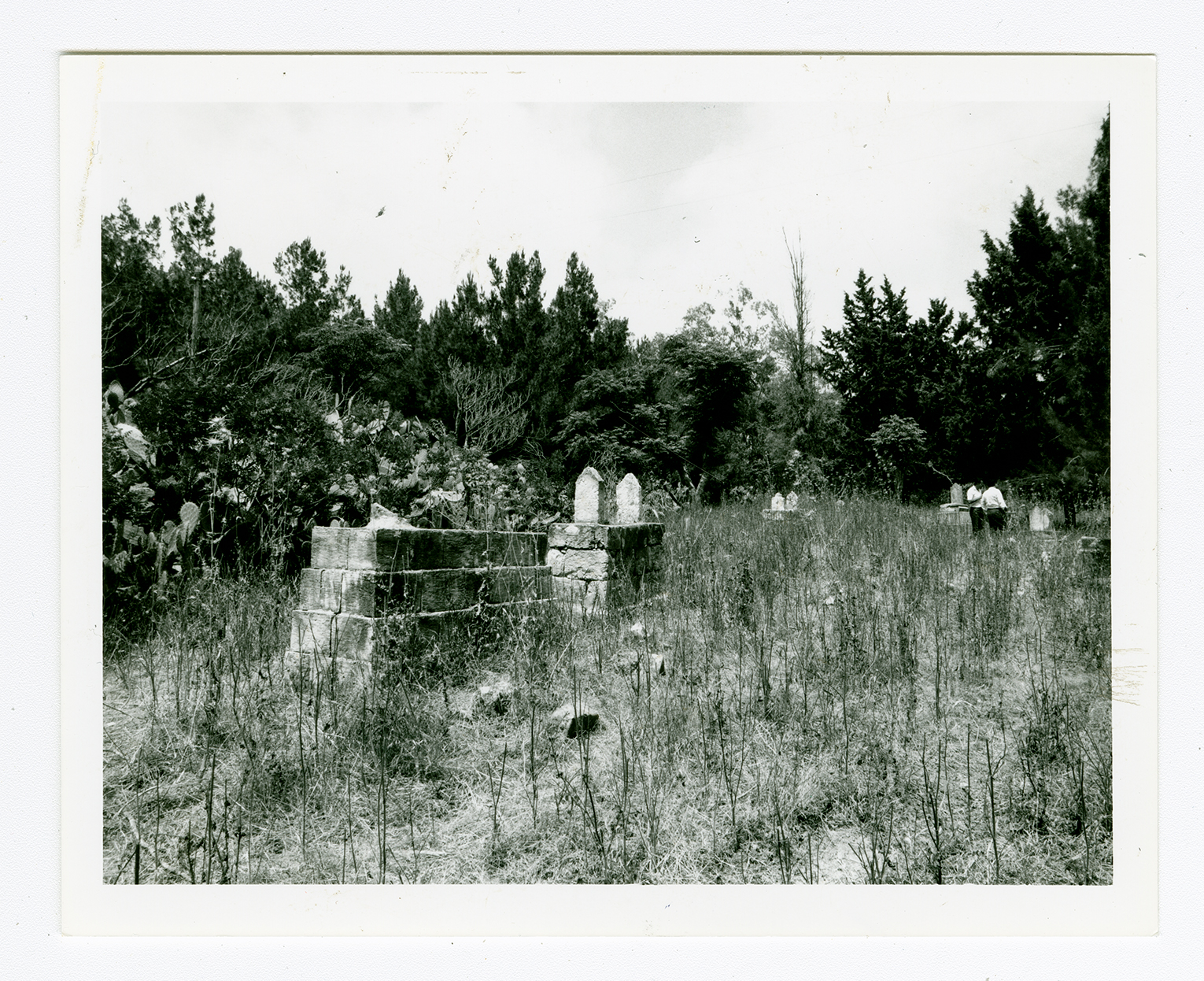 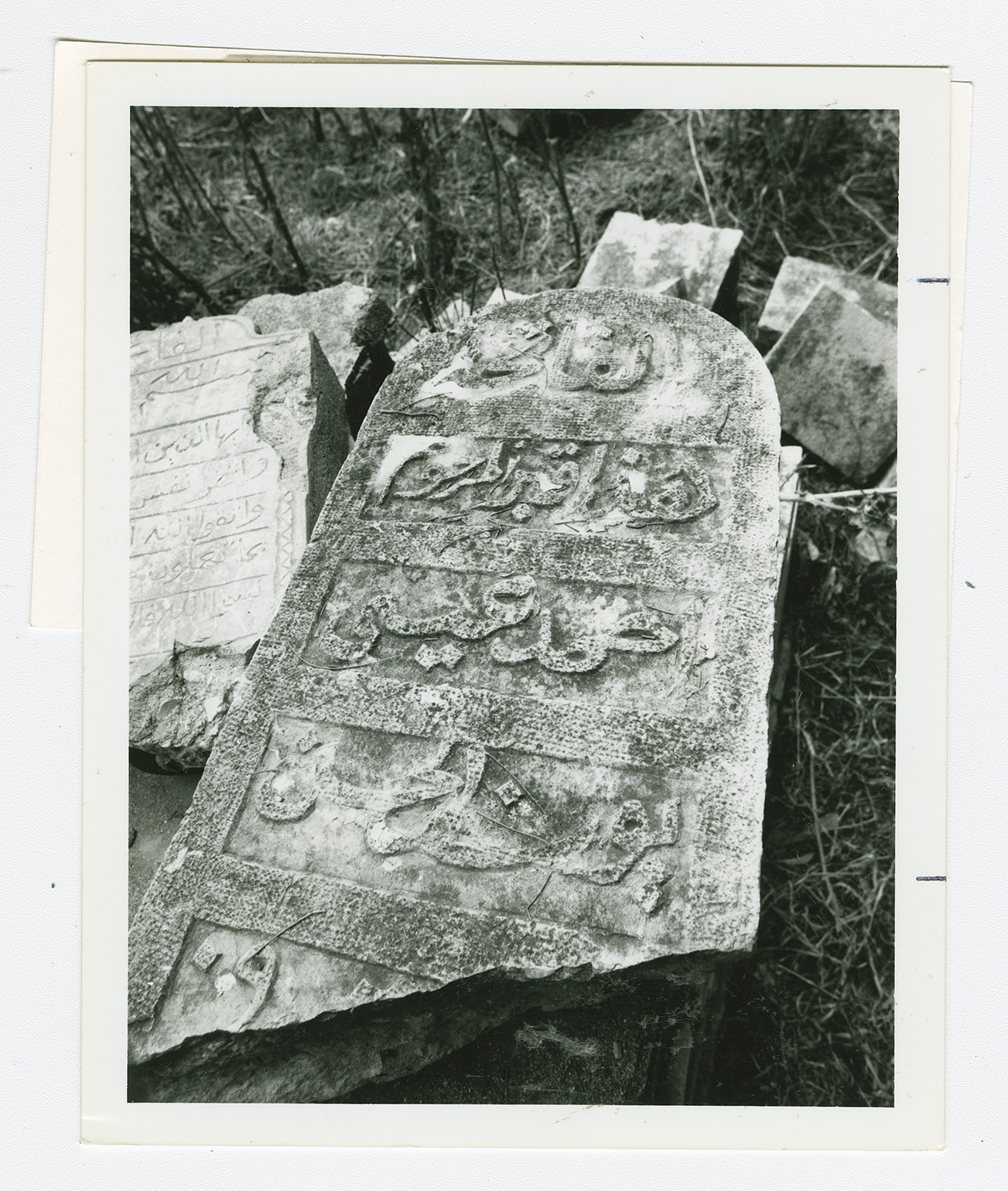 A tombstone in the cemetery of Kuwaykat.