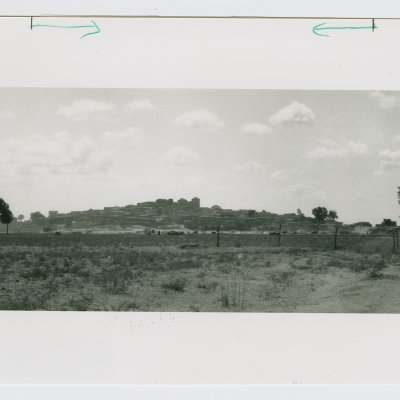 The village stood on a hill overlooking the Qaqun Plain. It was dominated by the city of Tulkarm, to the southeast. The Tulkarm-Haifa railway passed 0.5 km to the east, and secondary roads linked it to Tulkarm and neighboring villages. Qaqun was considered an important historical site that included a fortress built by the Crusaders. During the Crusade period it fell within the administrative jurisdiction of Qisarya (Caesarea) and suffered a great deal of destruction. It was known then under various names: Quaquo, Chaco, and Caco. In 1267 it was captured by the Mamluk sultan Baybars (1259-1277), who ordered its fortress rebuilt and had its church renovated and made into a mosque. Its markets were re-established, and it soon became a commercial center with a khan (caravansary; see Glossary) for merchants, travelers, and their animals.

Under the Mamluks, the Crusader fortress was renovated and the village became a postal station on the Gaza-Damascus road.

AI-Qalqashandi (d. 1418) mentioned it as a pleasant, though not particularly prosperous, town with a mosque, a bath, a handsome fort, and wells.

In 1596, Qaqun was the center of the nahiya of Qaqun (liwa' of Nablus) with a population of 127. It paid taxes on a number of crops, including wheat and barley, as well as on other types of produce, such as goats and beehives.

In 1799, Napoleon's forces defeated the Ottoman troops who had been sent to Qaqun to stop their advance towards Acre. Qaqun was destroyed a second time (the first time having been at the hands of the Crusaders) by the Egyptian army under Ibrahim Pasha, the son of Muhammad 'Ali, during his Syrian campaign (1831-1840), because the inhabitants participated in the rebellion against Egypt.

In the late nineteenth century, Qaqun was a large village built around the central tower of the Crusader/Mamluk fort. Its houses, built of stone and mud, were dispersed over the surface of the hill. There was arable land in the surrounding area.

The people of Qaqun were Muslims. They worshipped in a mosque at the center of the village, next to the main market. They relied on wells for potable water. An elementary school for boys was established in the village during the British Mandate. Agriculture was based on watermelons, vegetables (such as cucumbers), olives, citrus, and grain. In 1944/45 a total of 713 dunums was devoted to citrus and bananas and 34,376 dunums were allocated to cereals; 210 additional dunums were irrigated or used for orchards, of which 80 dunums were planted with olive trees. The remains of the Crusader/Mamluk fortress and the Mamluk mosque, as well as architectural fragments of other structures, could be seen in the village.

Qaqun was the victim of a 'hit-and-run' raid carried out by the Irgun Zvai Leumi on 6 March 1948, according to the History of the Haganah. No further details are provided by this source, but the Palestinian newspaper Filastin reported an attack on the morning of 7 March. Quoting a communiqué issued by Palestinian militia forces, the paper said that the large attacking unit failed to penetrate the village, and that it threw a number of grenades which wounded two women.

In early May, the village was one of the last remaining coastal communities along the stretch north of Jaffa. Haganah intelligence officers met on 9 May to decide its fate. They agreed to 'expel or subdue' Qaqun and a handful of other villages on the coastal plain, according to Haganah records consulted by Israeli historian Benny Morris. But it appears that this plan was not implemented immediately, since the village was occupied the following month in an offensive launched specifically to capture it. About a week before the first truce of the war, the Israeli command apparently decided that it had insufficient forces to occupy the town of Tulkarm, so it turned its attention to smaller targets like Qaqun.

The History of the War of Independence states that the village was attacked on the night of 4-5 June 1948, mainly by the Third Battalion of the Alexandroni Brigade. The two-pronged attack began with heavy mortar and artillery fire and met with resistance from Iraqi army units defending the village's northern approaches. By daybreak, a large proportion of the Iraqi defenders still held their fortified positions, but a 'violent attack in the light of day decided the battle' in favor of the attackers, according to the Israeli account. The New York Times called the battle 'one of the bloodiest to date' and reported that the Iraqi defenders had taken up positions in three lines of trenches just outside the village: 'It was here that the real battle took place. [The Iraqis] … refused to give ground and for several hours fought like men possessed. It was hand-to-hand warfare with both sides using knives, throwing grenades or bashing heads with rifle butts.' The official Israeli version is that an entire Iraqi battalion (450 men) had been wiped out in the encounter, while initially estimating its own losses at 12 dead. It also said that both sides had used their air forces in the battle. 'All other Israeli attempts to occupy Arab villages failed [in this area],' according to the History of the War of Independence. But skirmishes continued around Qaqun for several days.

A mere two days after its occupation, on 7 June, a top official of the Jewish National Fund was considering the question of whether the village should be destroyed. But this plan was not implemented immediately, for some of the village's inhabitants remained in their homes at least until July 1949, when Israeli leaders were warned by the international community not to expel them. Referring to Qaqun and a number of other villages, Foreign Minister Moshe Sharett noted on 28 July: 'This time ... the Arabs learned the lesson; they are not running away. It is not possible in every place to arrange what our boys engineered in Faluja [where] they chased away the Arabs after we signed an ... international commitment.'

The fortress on top of the hill, a well that belonged to the family of Abu Hantash, and the school building are all that remain of the village. The fortress is surrounded by stone rubble and the remains of houses, and the school building is still used as a school by Israelis. Cactuses and an old mulberry tree grow south of the hill. The surrounding lands are covered by orchards. In addition, cotton, pistachios, and vegetables are grown on the lands. There is an Israeli fodder-processing factory northeast of the village site. 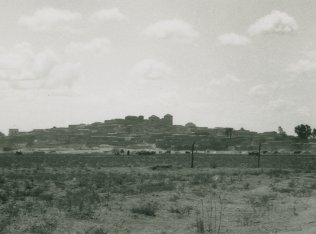 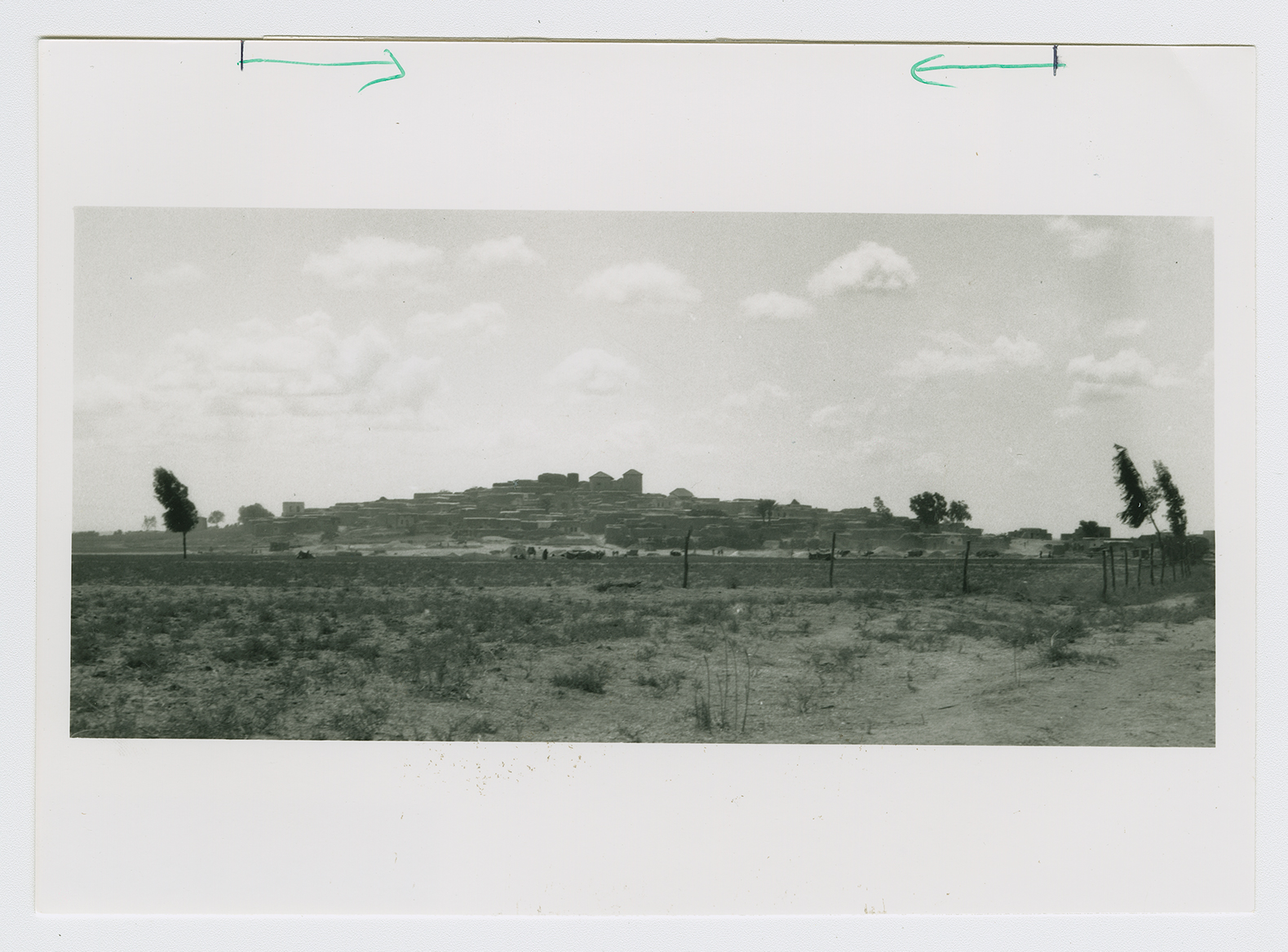