The village stood on an elevated spot in a generally flat area on the coastal plain, on the highway between the city of al-Majdal, to the southwest, and the Jerusalem–Jaffa highway. The British military camp, Beer Tuvia, was located 3 km southwest of the village. In 1596, Qastina was a village in the nahiya of Gaza (liwa' of Gaza), with a population of 385. It paid taxes on a number of crops, including wheat, barley, sesame, and fruits, as well as on other types of produce and property, such as goats, beehives, and vineyards.

The Syrian Sufi traveler Mustafa al-Bakri al-Siddiqi, who traveled in the region in the mid-eighteenth century, reported passing through Qastina on his way to al-Masmiyya.

In the late nineteenth century, the village of Qastina was laid out in a northwest-southeast direction on flat ground. It had adobe brick structures, a well, and gardens.

It had a mosque and an elementary school, founded in 1936 and shared with the neighboring village of Tall al-Turmus, to the southeast. In the mid-1940s, the number of students enrolled in the school was 161. The inhabitants, who were Muslim, obtained water for domestic use from wells. Agriculture constituted the backbone of the economy, with grain and citrus being the most important crops. In 1944/45 a total of 235 dunums was devoted to citrus and bananas and 7,317 dunums were allocated to cereals; 770 dunums were irrigated or used for orchards. In addition, people raised animals and poultry, and worked in the British military camp.

Qastina was occupied around 9 July 1948, shortly after the end of the first truce, by the Giv'ati Brigade, when it advanced southwards into Egyptian-controlled territory. During the ten-day period between the two truces (8–18 July), the Brigade succeeded in seizing an area comprising at least sixteen villages, all of whose inhabitants were displaced. The residents of Qastina, like those of nearby al-Masmiyya, were probably driven south towards Gaza, rather than east to the Hebron area. Operational orders issued by Brigade commander Shim'on Avidan had called for civilians to be expelled; however, the inhabitants of this area fled almost as soon as the operation began, according to a later Israeli army report. The village had earlier been mentioned in Plan Dalet as one of the villages to be occupied by the Giv'ati Brigade.

Jewish immigrants from Germany and central and eastern Europe established Kefar Warburg on what was traditionally village land, 3 km southwest of the village site, in 1939. One year after the destruction of Qastina, in 1949, the Zionists established the settlements of Arugot and Kefar Achim . Avigdor was founded in 1950 and Qiryat Mal'akhi  in 1951, both on village lands. Qiryat Mal'akhi was named after the author of the Old Testament Book of Malachi (Mal'akhi in Hebrew) and after the community of Los Angeles (mal'akhim is Hebrew for angels) because of its support for Israel.

All that remains is the debris of houses strewn across the site. The research team investigating the current status of the depopulated villages visited the site and found it overgrown with bushes and tall grasses that were about 2 m high. There was also a thick undergrowth of khubbayza, or mallow, a wild plant cooked as a vegetable in Palestinian peasant cuisine. Later, when a photographer returned to the site, he discovered that this undergrowth had recently been burned off. Other features of the site have not changed: a dirt road still passes through the center of the site, which is covered with eucalyptus trees. 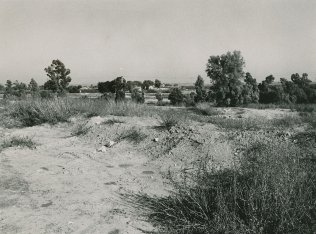 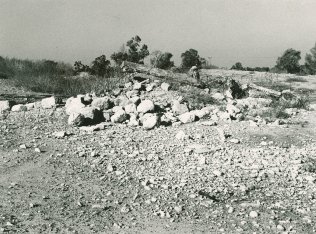 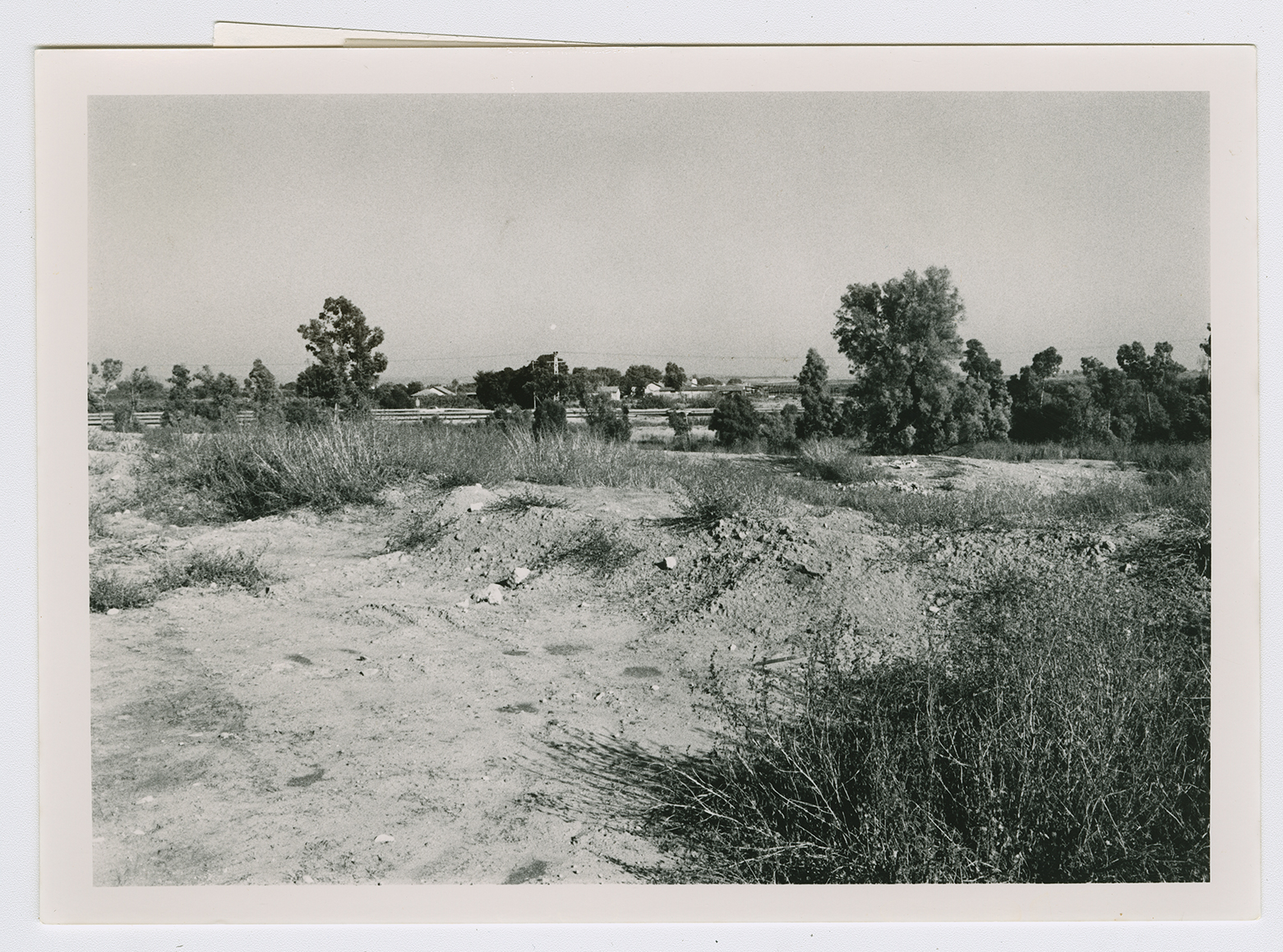 A view eastward from the center of the village site. 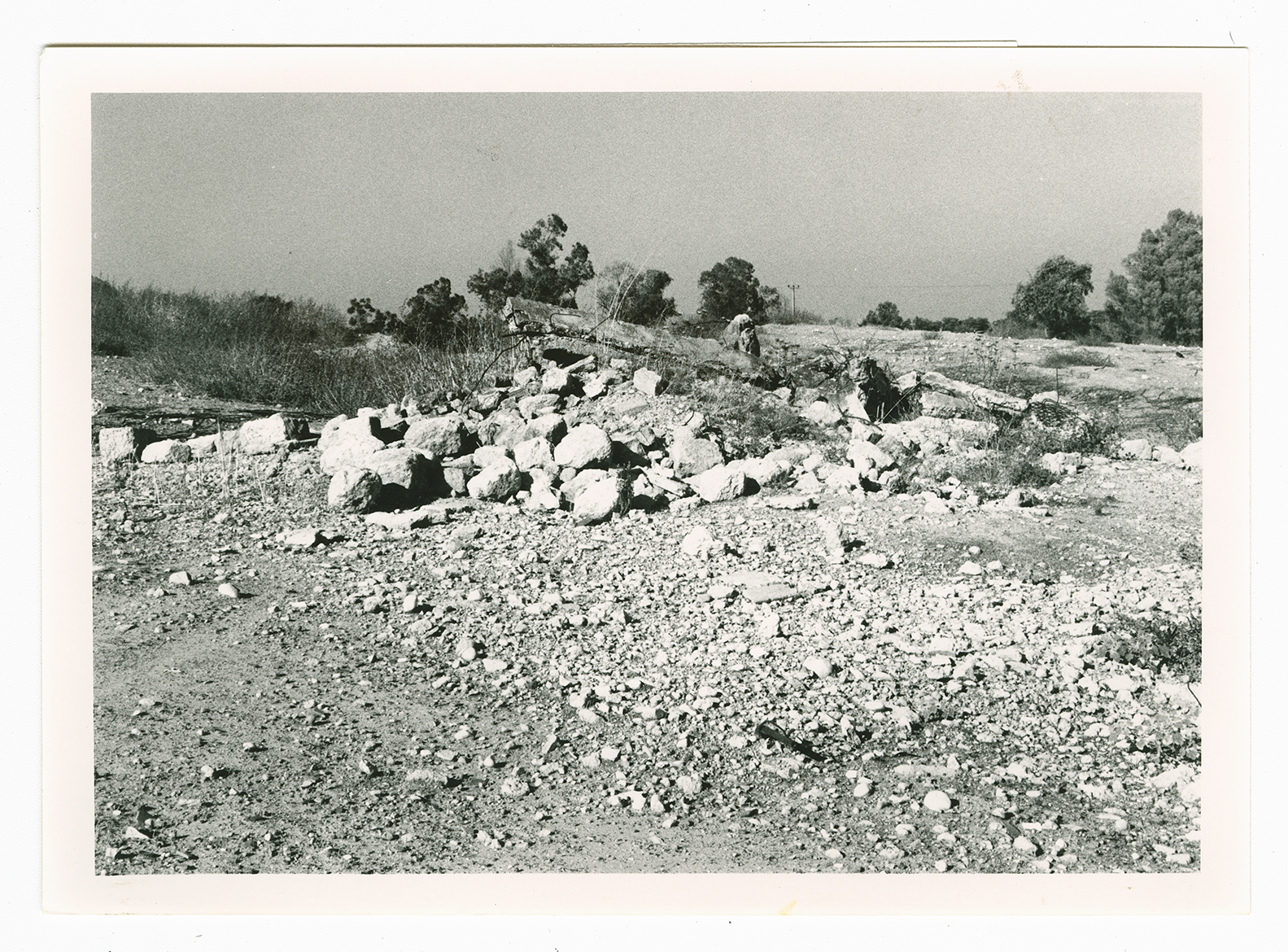 A destroyed house on the south side of the village site.