The village was situated on flat terrain on the central coastal plain. It lay on the highway leading to al-Ramla, Jaffa, and other urban centers, and was linked to area villages by a variety of roads. In addition, the Lydda-Jaffa railway line ran about 1.5 km east of the village. There is a tradition that members of the Qada'a tribe settled the village in the early Islamic period and named it after their native home, Wadi Hunayn, in Hadramawt (Yemen). In modern times the village houses, made of mud, cement, and stone, were scattered randomly across the site. In the center of the village were a mosque and several shops. The entire population was Muslim.

During the first decade of the twentieth century the citrus industry in the coastal region west of Wadi Hunayn began to expand, attracting workers from the surrounding area. Many Palestinians from other parts of the country came to work in citrus cultivation, and some of them settled in Wadi Hunayn. Zionist immigrants also arrived and took up residence in Nes Tziyyona, a settlement on land purchased from Wadi Hunayn in 1883. The influx of agricultural workers, who found employment in both Arab-owned citrus groves and those owned by the settlers of Nes Tziyyona, added to the population of Wadi Hunayn. During the first four decades of the twentieth century, the "liberal" policy of Nes Tziyyona was sharply criticized by leading Zionists because it did not exclude non-Jewish labor from Zionist enterprises. But the more general exclusionary policy would have been difficult to apply in Nes Tziyyona, since the settlement was located across the road from Wadi Hunayn. This was the only genuinely "mixed" locality in Palestine, where Zionist immigrants and Palestinians actually lived in close proximity.

All of the village's sixty-five students attended the local school at nearby Sarafand al-Kharab in the mid-1940s. Its agricultural land was fairly flat and fertile. Citrus fruits were the major crop; citrus orchards were irrigated with water from the many artesian wells drilled around the village. The residents worked in the orchards and marketed their produce in the cities. In 1944/45 a total of 1,827 dunums was devoted to citrus and bananas and 134 dunums were allotted to cereals; 19 dunums were irrigated or used for orchards.

Israeli historian Benny Morris indicates that the villagers fled on 17 April 1948, under the influence of the capture or evacuation of a neighboring town. However, because there were no major Zionist operations in the vicinity at this time, the identity of the neighboring town is unclear. The closest threat to the villagers was some distance to the east, in the Jerusalem corridor, where the Giv'ati Brigade had just concluded Operation Nachshon (see Bayt Naqquba, Jerusalem sub-disctrict) and where the Deir Yasin massacre had taken place over a week earlier. The only other village in the area that may have been depopulated at the same time is Sarafand al-Kharab, which is reported to have been evacuated on 20 April, out of fear of a Zionist attack. If these dates are accurate, it is possible both Wadi Hunayn and Sarafand al-Kharab were targeted or threatened in the course of the Haganah's coastal 'clearing' campaign in April and early Mayor during the encirclement of Jaffa in the second half of April.

The mosque has been converted into a synagogue, Gulat Yisra'el (see photo). About ten houses survive. One of them, which belonged to Shaykh Sulayman al-Faruqi, is now inhabited by Jewish families. It is a two-storey house that looks like an apartment building and is divided into five units, each with a small front porch. The gable-roofed, elaborate house of ibn Hamid has been converted into a mental hospital. The palatial house of Abu 'Umar Effendi is utilized for unspecified purposes by the Israeli military and cannot be photographed. Castor oil (ricinus) plants and batches of cypress and mulberry trees are visible on the site, and the surrounding land is cultivated. 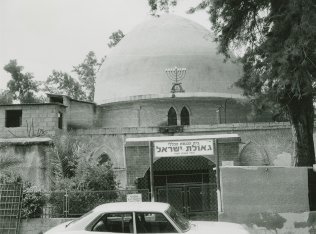 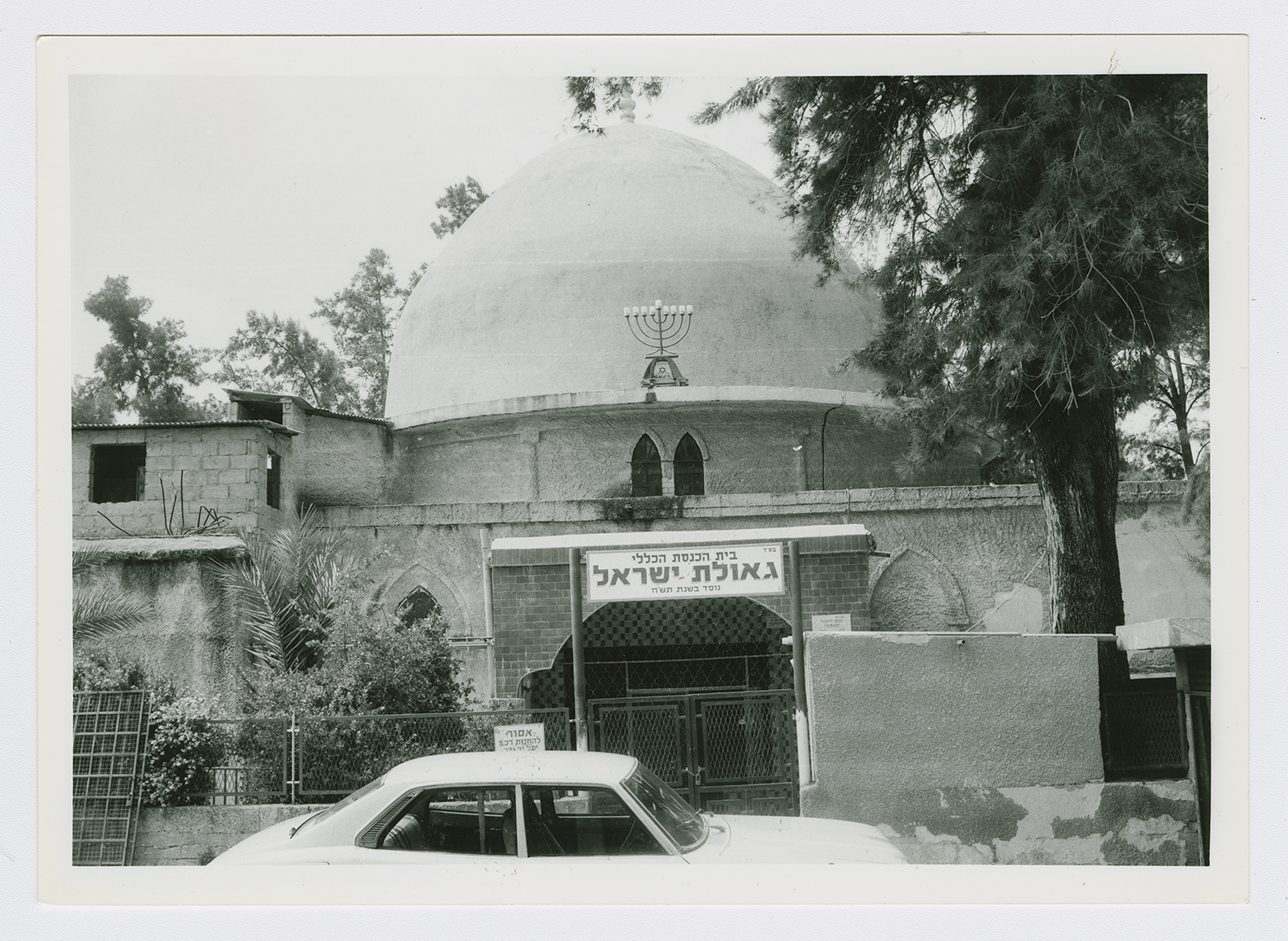 The village mosque, now a synagogue.