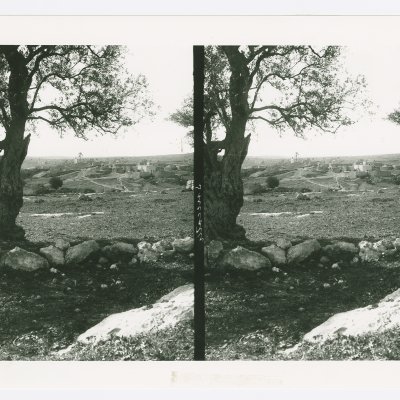 The village stood on undulating ground that was underlain by soft white eocene limestone, in the western foothills of the Hebron Mountains. It was next to the road between Bayt Jibrin and the Jerusalem-Jaffa highway. This road linked it to other lateral roads and led to Bethlehem and a number of villages, among them 'Ajjur, Dayr al-Dubban, and Tall al-Safi. The village name reflected the cultural continuity of the area's population with the Roman and Byzantine periods; the site was called Caper Zacharia during those times and fell within the administrative jurisdiction of Bayt Jibrin. In 1596, Zakariyya was a village in the nahiya of Jerusalem (liwa' of Jerusalem), with a population of 259. It paid taxes on a number of crops, including wheat, barley, and olives, as well as on other types of produce, such as goats and beehives.

In the late nineteenth century, Zakariyya stood on the slope above a broad, flat valley, surrounded by extensive olive groves.

The village had a rectangular layout and the residents, who were Muslim, built their houses of stone and mud. The older parts of the village were located at its center and in its northern and southern quarters. The center consisted of a mosque, a shrine for a Shaykh Hasan, a busy marketplace, and an elementary school. The village expanded on all sides in modern times, especially to the north and south. The villagers obtained their drinking water from two communal wells -the al-Saflani well, drilled next to Wadi 'Ajjur, and the al-Sarara well, north of the village. Some water also came from domestic wells that gathered rainwater.

Rainfed agriculture represented the backbone of the economy; the main crops included grain, beans, fruit, and olives. In 1944/45 a total of 6,523 dunums was allocated to cereals; 961 dunums were irrigated or used for orchards, of which 440 dunums were planted with olive trees. The second most important occupation for the villagers was animal husbandry. They grazed their goats and sheep on the wild shrubs and grasses that grew on the slopes of the hills and wadis. Near the site of the village were many ancient localities. About 1 km to the southwest was Tall Zakariyya, which rises 117 m above the plain. The plain to the east has been identified with the Valley of Elah where, according to the Bible (1 Samuel 17), David fought Goliath. Tall Zakariyya was excavated in 1898 and has been identified with Azekah, a town which may have been referred to in a text written on a broken shard that was found at Tall al-Duwayr. Azekah was said to be the place where Joshua triumphed over the Canaanites (Joshua 10:10).

Zakariyya first came under attack early in the war in the course of the battles around the Kfar Etziyon Bloc of Jewish settlements south of Bethlehem. Along with Dayr Aban and Bayt Nattif, it was besieged by a Haganah unit estimated at 100 men by 'Arab sources' quoted by the New York Times. The 'punitive expedition' against the villages, in retaliation for the ambush of a Palmach shock force nearby, persisted for about twenty-four hours. The Times also said that Israeli forces directed their fire at the villages on 17 and 18 January 1948, but the number of casualties among the villagers was not reported.

Zakariyya was occupied over nine months later, towards the end of Operations Ha-Har  and Yoav, when Israel's operational areas became contiguous in the last week of October 1948. Israeli units (probably the Giv'ati Brigade's Fourth Battalion) broke through to the village on 23 October 1948, linking the Israeli-held parts of the Hebron hills with the Jerusalem corridor. Unlike most of the inhabitants of villages conquered in these operations, the villagers were not displaced at the time of occupation. However, Israeli historian Benny Morris reports that over a year later, towards the end of 1949, the Israeli military drew up a plan to evict the people of Zakariyya, along with those of some seven other villages (mostly in northern Galilee). But Morris adds that 'political objections by the Foreign Ministry (and perhaps others) blocked implementation.'

Efforts to expel the people of Zakariyya, as well as those of several communities in a similar position, persisted into the following year. Zakariyya was one of the longest-lasting of these communities, despite the 'appalling' health and food situation in the village, according to Morris. In March 1949, the Israeli Interior Ministry official in charge of the Jerusalem sub-disctrict noted that 'in the village there are many good houses, and it is possible to accommodate in them several hundred new immigrants.' In January 1950, Ben-Gurion met with his foreign minister, Moshe Sharett, and Jewish National Fund official Yosef Weitz and decided to evict the inhabitants of Zakariyya '[but]without coercion.' They were eventually evicted on 9 June 1950 -the means of expulsion are not mentioned- and most were transferred to Ramla, with some possibly going to Jordan.

The settlement of Zekharya was established in 1950 on village land, close to the village site.

The mosque and a number of houses, some occupied by Jewish residents and others deserted, remain on the site. Large sections of the site itself are covered with wild vegetation. The mosque is in a state of neglect segments of its walls and roof and the surrounding ground are overgrown with wild vegetation. An Israeli flag is planted on top of the minaret . One of the occupied houses is a two-storey stone structure with a flat roof. Its second storey windows have round arches and grillwork. Parts of the surrounding lands are cultivated by Israeli farmers. 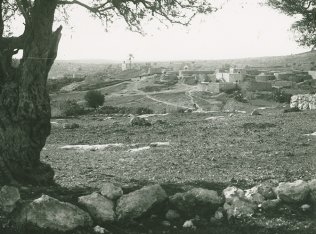 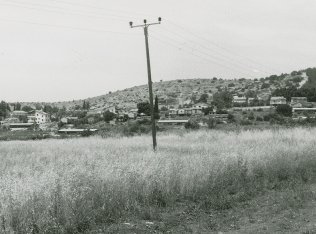 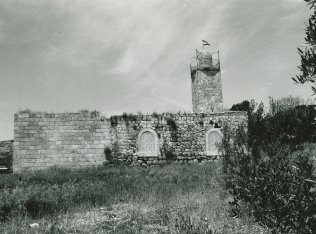 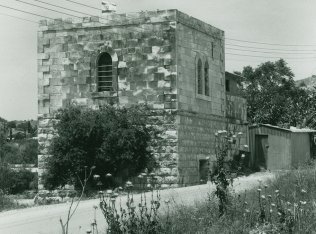 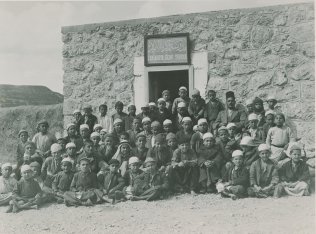 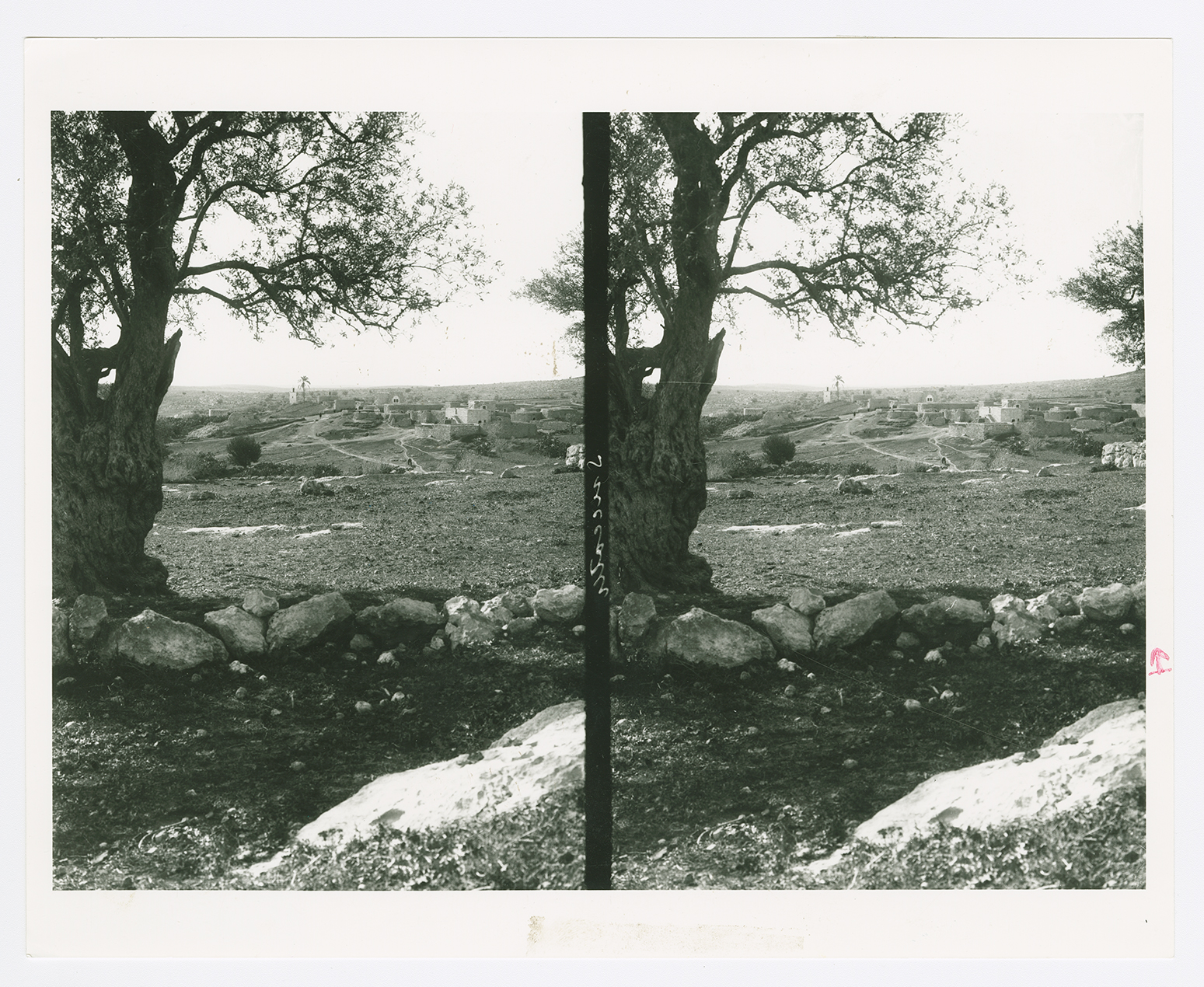 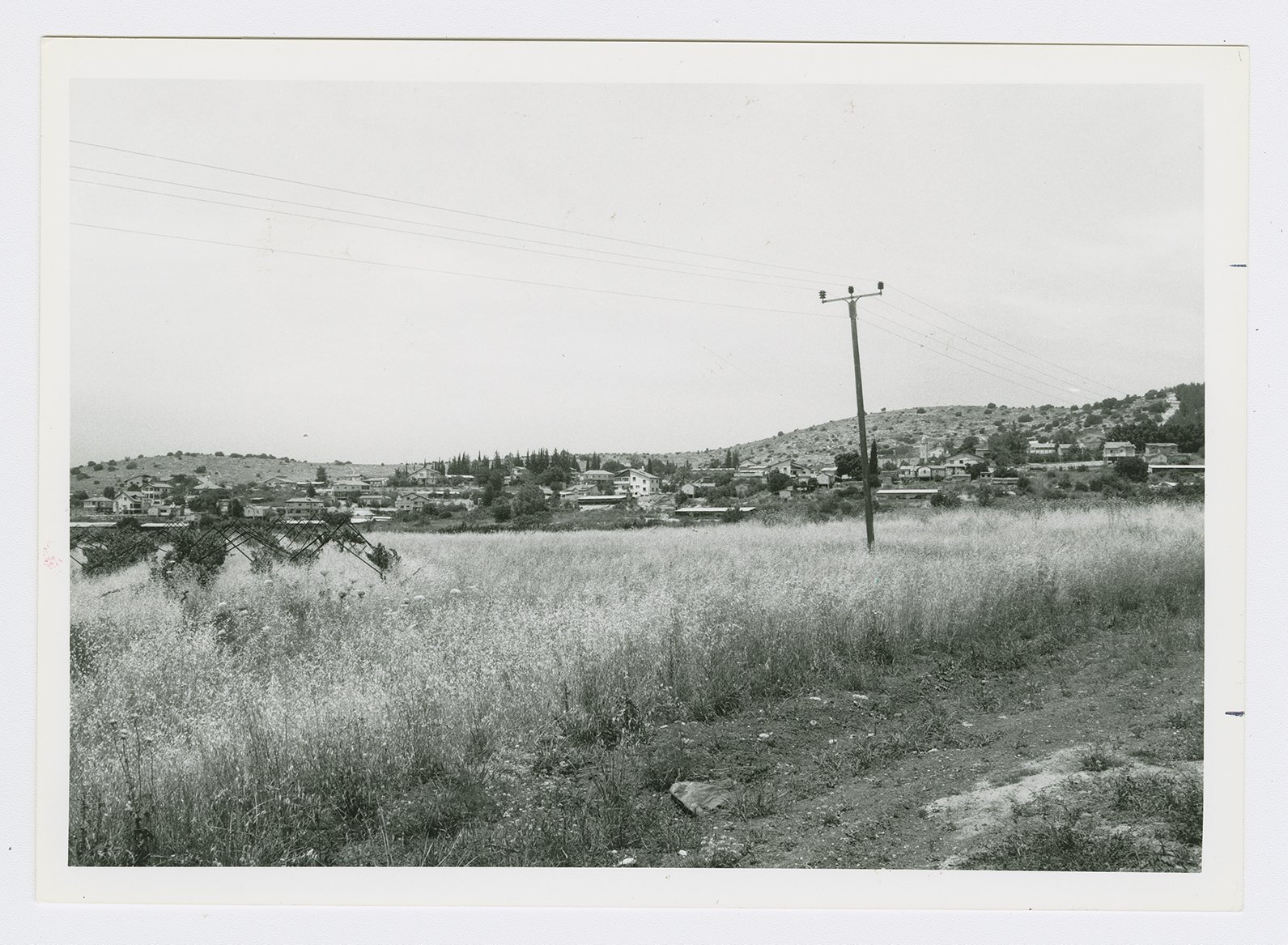 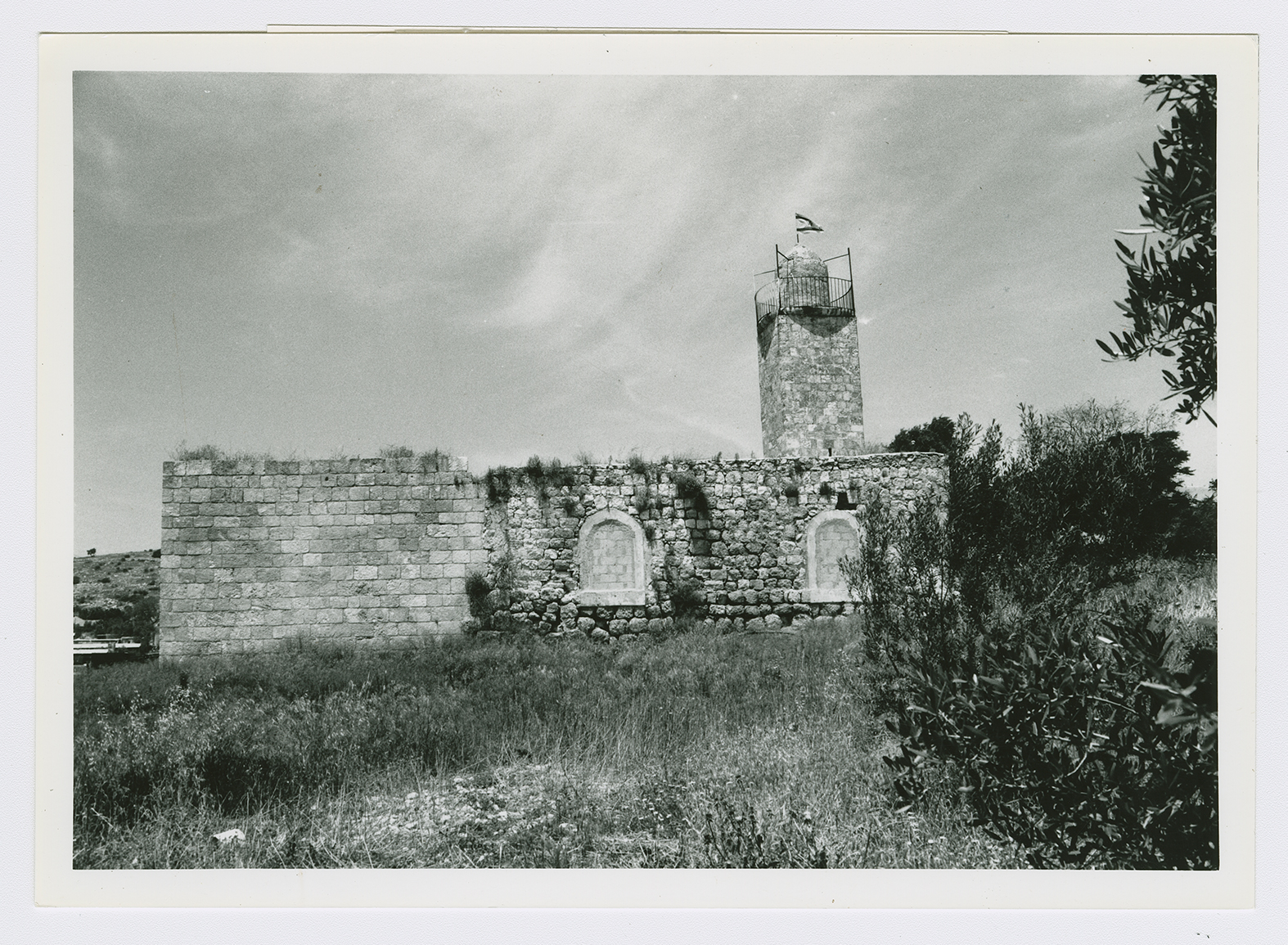 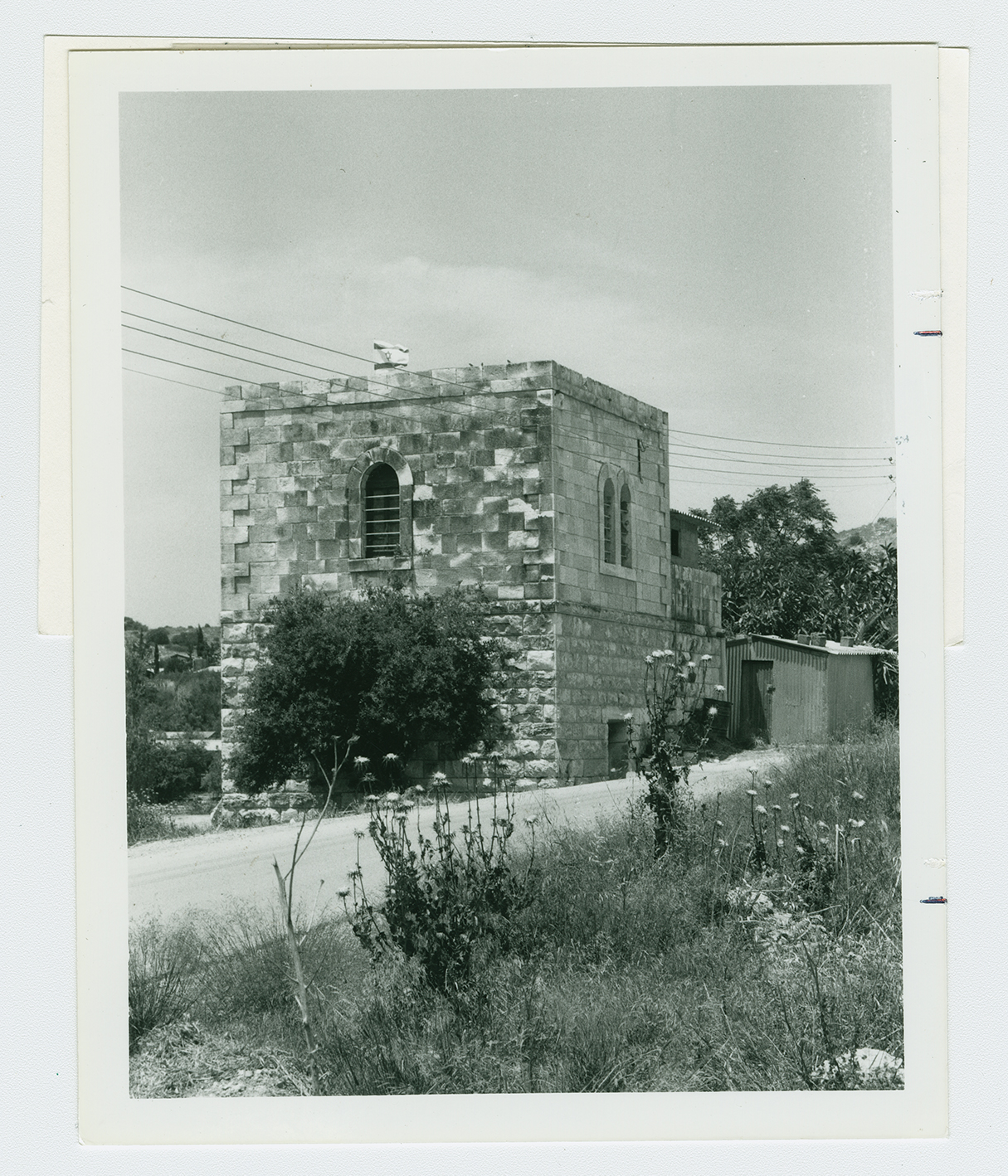 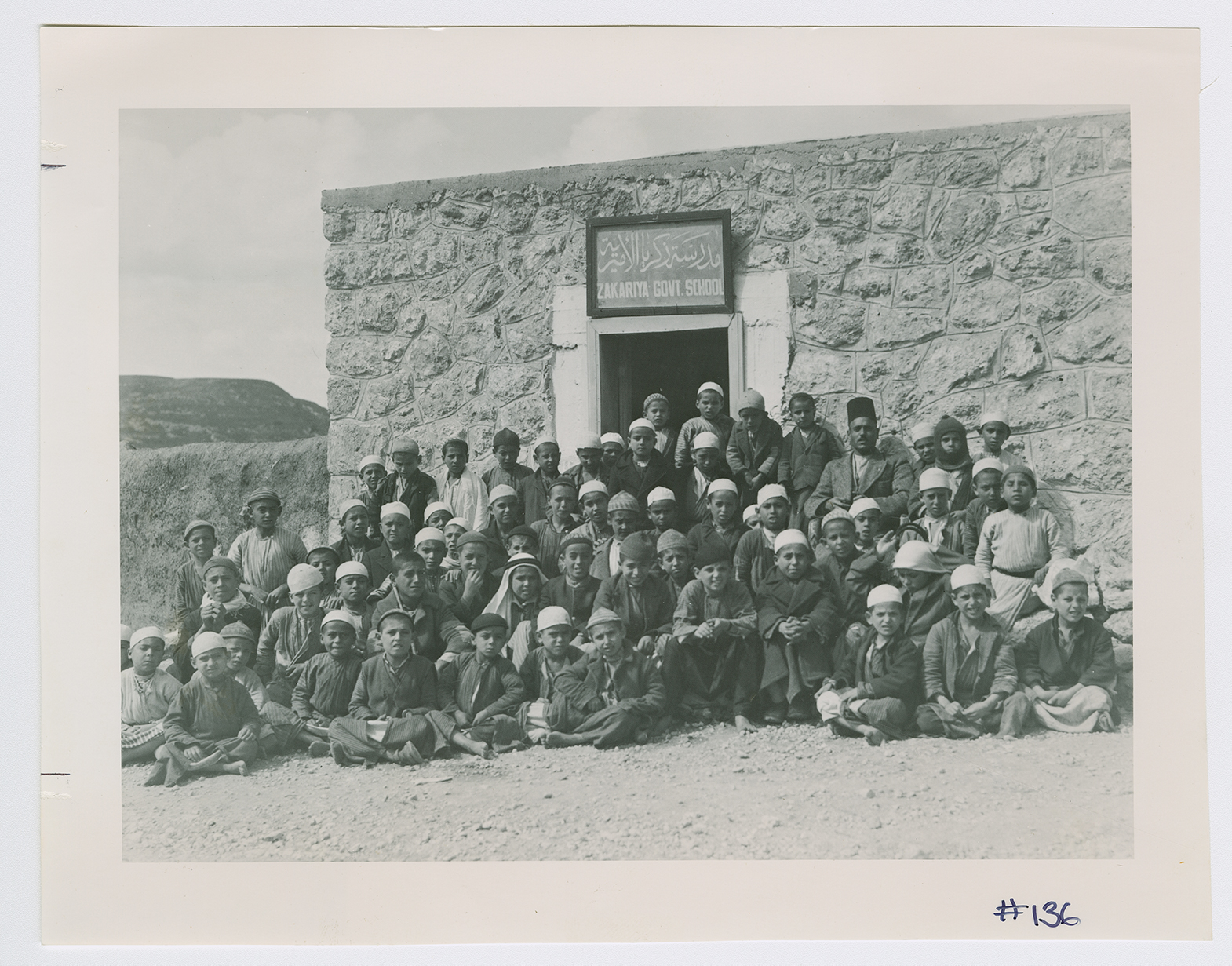