The village was located on rolling terrain in the northern Negev, on the bank of Wadi al-Mudabba'. It was linked via a secondary road to the village of Burayr, to the northwest, which was itself on a highway that led to Gaza and ran parallel to the coastal highway. Because a network of similar roads linked it to other villages as well as to the Bir al-Sabi'-Gaza highway, to the southwest, al-Jammama was considered a gateway to southern Palestine. At the end of World War I, on 8 November 1917, the British overcame an Ottoman force in al-Jammama, which resulted in a British occupation of the village.

According to information given to the staff of the Galilee Center for Social Research by members of the Arab al-Atawina Bedouin tribe, who lived in the village before 1948, al-Jammama contained about 120 buildings called bakiyas; these buildings were made of stone and mud and were roofed with mud and wood. They were located on Khirbat al-Jammama and in the surrounding area; those on the site were clustered together, separated in the center by a few shops. Many of the bakiyas served as houses for the villagers, but some that were no longer in good repair were used for grain storage and as animal shelters. If the figure of 120 bakiyas is correct, it would suggest that either the figure of 1 house given in the 1931 census was a substantial undercount or that settlement had proceeded at a rapid pace after the census.

Al-Jammama's economy was agricultural, based mainly on wheat, barley, and vegetables. The inhabitants also engaged in animal husbandry, taking advantage of the plentiful rangeland around them. Wells next to the site provided water for animals, as well as for the irrigation of small plots of vegetables. An elementary school was established in al-Jammama in 1944. The village was an archaeological site which contained cisterns, an olive press, mosaic floors, tombs, the crown of a stone column, and other fragments of columns. A number of stone tools dating from the Middle Paleolithic have also been found in the vicinity.

All that is known is that the village was occupied and depopulated as a result of a military assault on 22 May 1948, according to historian Benny Morris. This implies that it was captured by the Israeli army's Negev Brigade, moving northwards during Operation Barak, in coordination with the Giv'ati Brigade.

The agricultural settlement of Ruchama was established in 1944 on village lands.

A few walls remain on the slopes of hills, surrounded by shrubs and thorns. Cactuses and gum trees grow on the site. The site is used for animal grazing; it also has a stable for horses. The surrounding lands are used for agriculture. Bedouin still camp near the site occasionally to take advantage of nearby pasture. 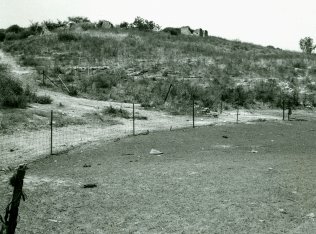 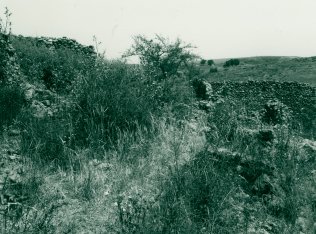 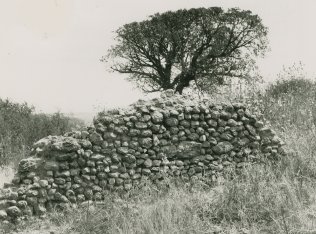 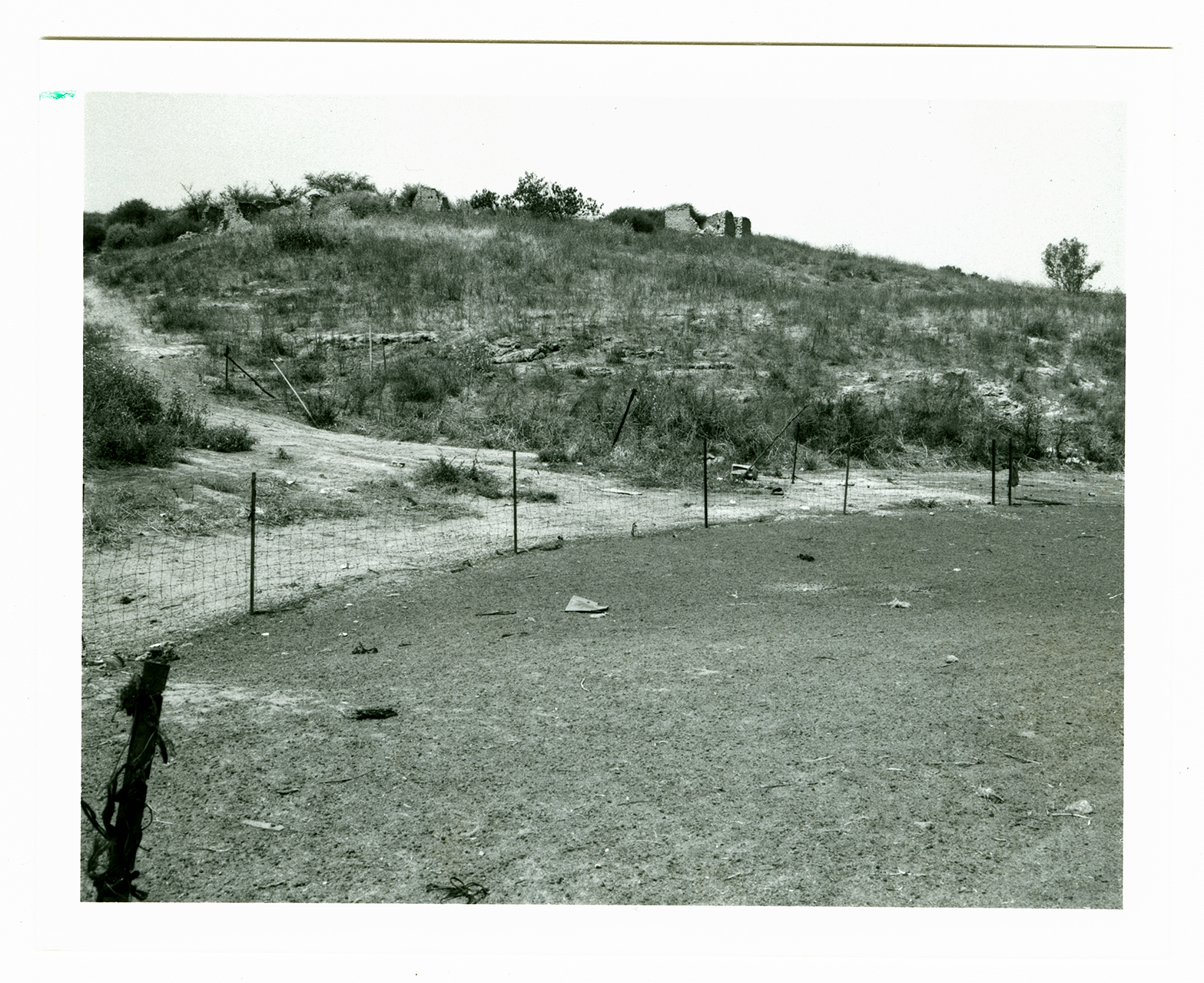 A cow yard on the village site. 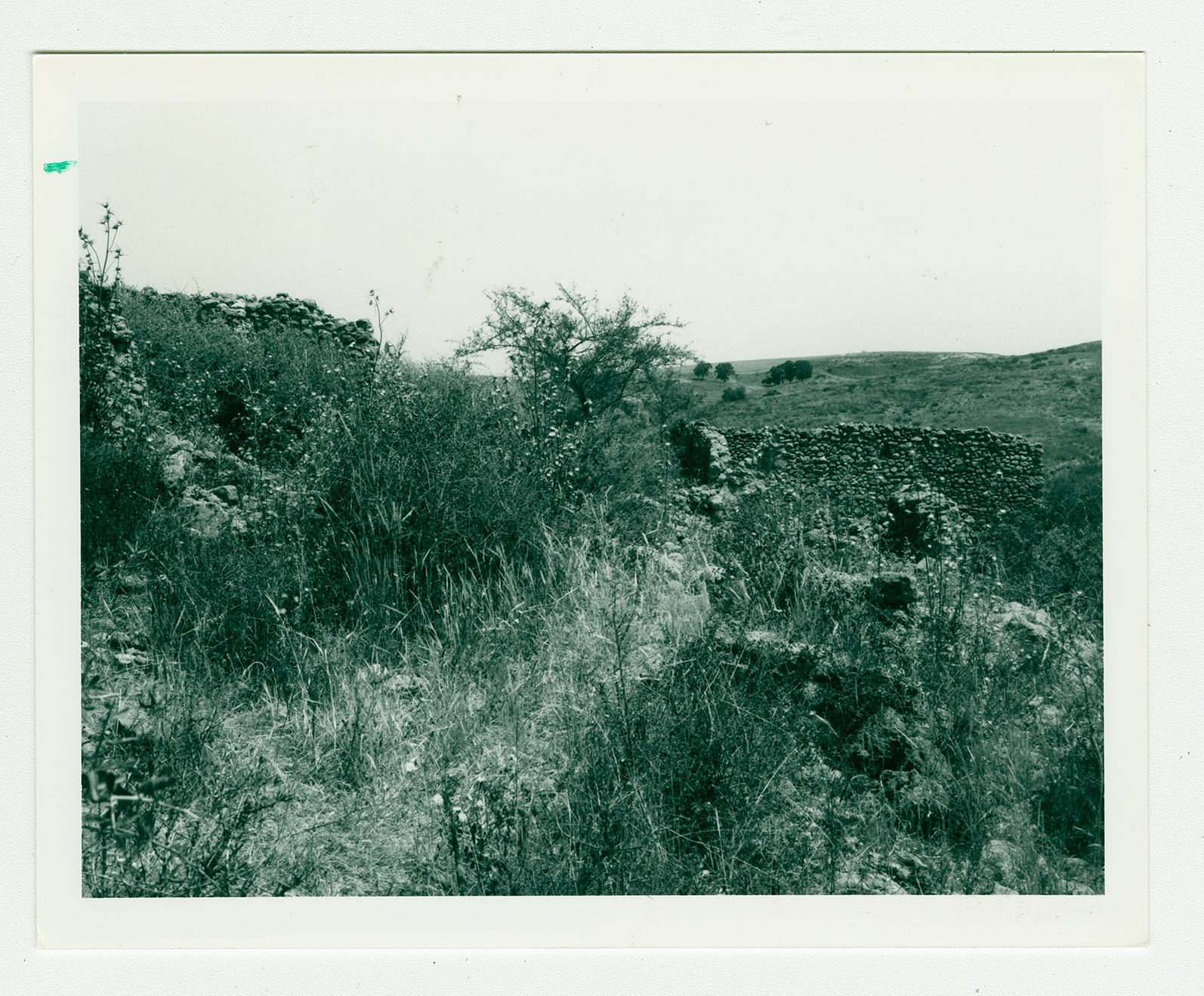 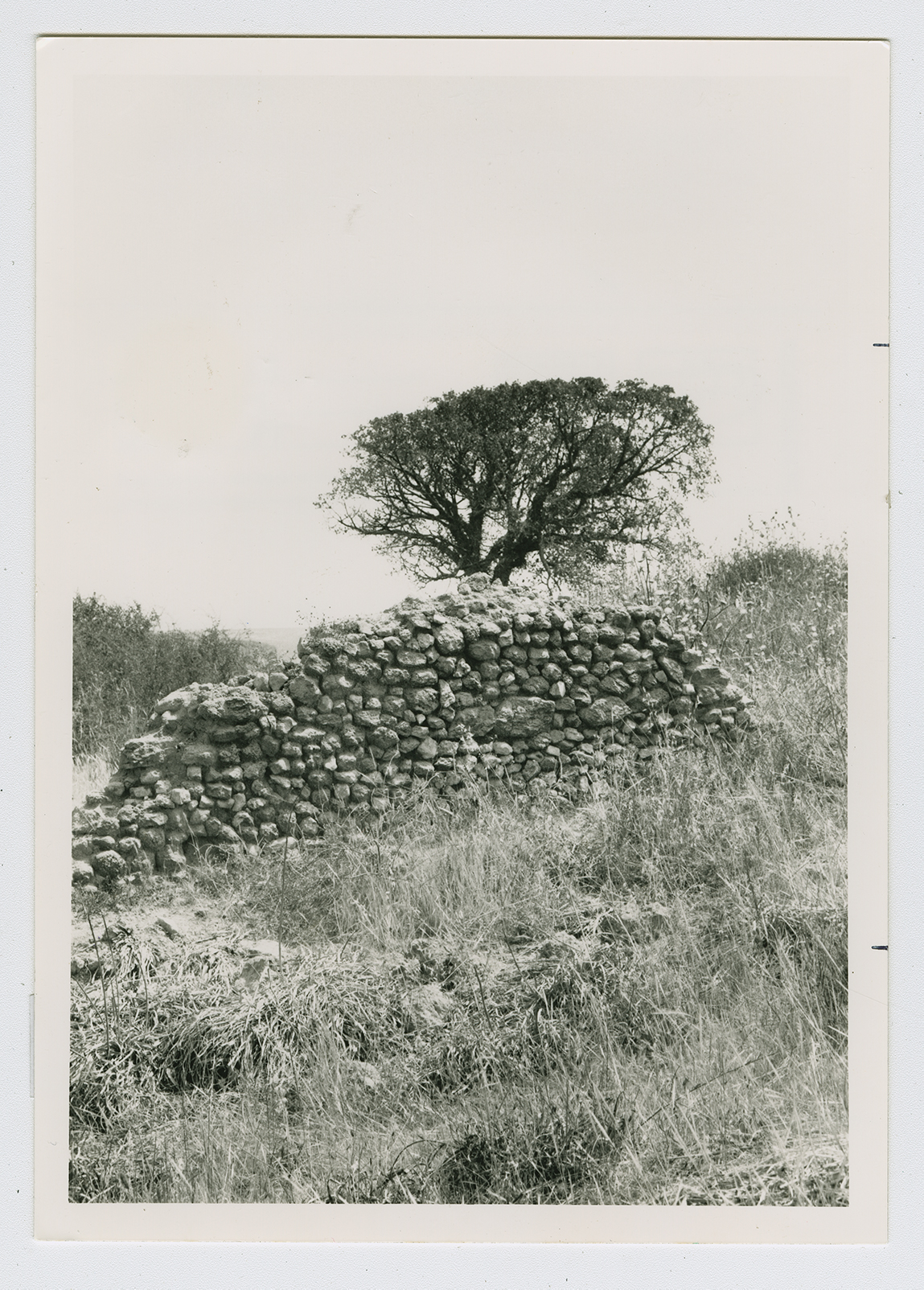 A remaining wall from a village building.