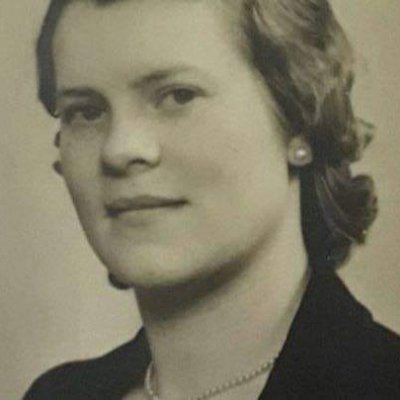 Siba Fahoum was born in Nazareth in 1923. Her father, Abdel Hamid al-Fahoum, was a major property owner in the city and its surrounding areas. He was married to a woman from the Tabari family; they had a son, Diab, three daughters (Siba, Hadiya, and Fakhriyya), and two other children whose names are not known.

Fahoum was educated at the Amiriyya School for Girls in Nazareth. She grew up in a patriotic atmosphere and was influenced by her brother, the nationalist militant Diab al-Fahoum, who was accused of participating in the assassination of the British commissioner in the Galilee, Lewis Andrews, in September 1937. He was arrested and tortured by the British Mandate Police and spent several years in prison. As a result of her nationalist upbringing, Fahoum used to participate in demonstrations against British colonialism and the Zionist movement, draped in the kaffiyeh, which had become a symbol of Palestinian identity, and would make the rounds of classrooms at her school to urge the schoolgirls to participate in these demonstrations.

After completing her secondary education, Fahoum enrolled in the Teachers’ Training College for Girls in Jerusalem. After obtaining her teaching certificate, she worked in the Islamic School for Girls that had been established by the Supreme Muslim Council in Nazareth.

Fahoum actively participated in the defense of Nazareth in 1948, in her capacity as representative of one of the women’s associations that volunteered to tend to and treat wounded resistance fighters and soldiers from the Arab Liberation Army.

After Nazareth fell to the Zionist forces, Fahoum emigrated to Lebanon and settled in Ayn al-Hilwa refugee camp, where she became active in both nationalist and feminist arenas. She joined the Union of Palestinian Arab Women in Lebanon that was founded in 1952 at the initiative of Wadi‘a Qaddura Khartabil as the first mass organization for Palestinian women in the diaspora that aimed to improve the conditions of camp residents. During the Tripartite Aggression against Egypt, in 1956, she received military training while working as a battlefield paramedic.

In the late 1950s, Fahoum went to Baghdad and enrolled in Baghdad University, where she earned a bachelor’s degree in English Literature. After returning to Lebanon, she finished her postgraduate studies in the Faculty of Education at the American University of Beirut, where she earned a Master’s degree in 1964 with a thesis titled “Women’s Education in Islam.” In her thesis, she contended that “Islam emphasizes the importance of knowledge, and considers it not just a right for women, but a duty upon them as much as it is upon men.” At the same time, she worked as inspector of girls’ schools that were run by the Makassed Philanthropic Islamic Association in Lebanon.

During that period, Fahoum also continued her nationalist and feminist activism in the Palestinian camps, forming grassroots action committees. She was among the 24 women who participated in the first Palestine National Congress in Jerusalem in May 1964, which proclaimed itself the First Palestine National Council of the Palestine Liberation Organization. She also participated in the founding congress of the General Union of Palestinian Women, convened in Jerusalem in July 1965.

Fahoum served as principal of al-Tawila School for Girls in the city of Aden during the 1966-67 academic year. She then returned to Beirut and joined the Arab Women’s Information Committee that Rasha Khalidi had set up in the aftermath of the June 1967 war. In 1972 it was renamed the Lebanese Association for Information on Palestine. This association published many political pamphlets that refuted Zionist claims regarding Palestine and clarified the basic facts of the Palestinian cause.

Starting in the 1973-74 academic year, Fahoum taught English literature at the Beirut Arab University. Then she moved to Iraq and was appointed lecturer at al-Mustansiriyya University in Baghdad, a position she retained until 1993.

Fahoum joined the Women's International League for Peace and Freedom (WILPF) and in 1989, after a long struggle, she succeeded in officially securing permanent membership for Palestine in the league. As a WILPF delegate, she attended several international conferences, including a conference in Australia, during which she drew a parallel between Israeli and South African racism, and the Fourth World Conference on Women held by the United Nations in September 1995 in Beijing, where she presented the Palestine Question. In 1997, she attended an international feminist conference in the United States in which she presented papers on the issues of nuclear disarmament and on distinguishing between the phenomenon of terrorism (including state terrorism) and popular resistance to occupation.

After retiring from academic life, Fahoum settled in Amman, where she continued her nationalist activism until her death on 12 May 2004. She was buried in the Jordanian capital.

Fahoum published many articles and research papers on national, feminist, and humanitarian issues. In addition to her book on women’s education in Islam, she also published a book on Palestinian women in Israeli occupation prisons and another on women in Libya.

Siba Fahoum is one of the pioneers of the women's movement in Palestine, a significant political militant, and a veteran university professor. Since her youth, she had been eager to serve the Palestinian people within Palestine and in the diaspora. She was an effective advocate for the justice of the Palestinian cause on the global stage.