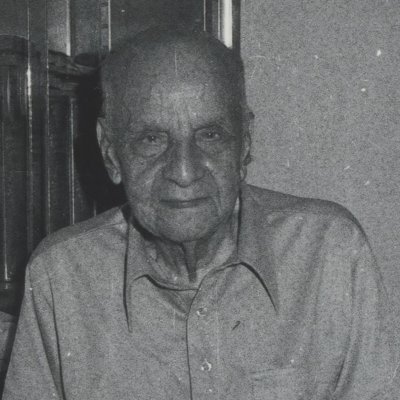 Mustafa al-Dabbagh was born in Jaffa. His father was Murad al-Dabbagh and his mother was Amina Haykal. His wife was Wadad Mahmasani. His two sons are Umar and Salah al-Din.

In 1915 he was summoned for military service in the Ottoman army as a reserve officer. He underwent military training in the town of Baalbek (Lebanon) and then was sent to a military barracks in Istanbul. His unit was sent to Hijaz but he was soon transferred to administrative duties.

At the end of World War I, he joined the staff of Sharif Hussein and worked for more than a year in Hijaz with the Sharif Sharaf bin Rajih, Emir Faisal’s right-hand man in leading the Arab army.

When Britain occupied Palestine, he returned to Jaffa in 1919 to work in education, first as a teacher and then as headmaster of the Government School in Hebron. He moved to Jerusalem in 1925 to teach social studies at the Teachers’  College and then became deputy inspector of education in Nablus and Gaza (1927–33) and finally inspector of education in Jaffa (1933–40), in Nablus (1940–45), and again in Jaffa (1945–48).

He devoted special attention to opening modern schools in the Palestinian countryside. He would convince village officials to donate land and build schools at their own expense in return for the government appointing teachers, paying their salaries, and supervising them. As he travelled throughout Palestine as inspector of education, he collected and recorded information and facts about villages, towns, famous sites, clans, and families.

He left Jaffa in May 1948 on the last boat to leave the city after its siege, bombardment, and occupation by Zionist forces.   He carried with him the large collection of manuscripts and papers he had written on the history and geography of Palestine. The unstable boat he was in was in danger of sinking so the captain ordered the passengers to throw all their belongings into the sea. Thus, Mustafa al-Dabbagh was forced to part with his most valuable possessions, which he had saved from among all his other possessions when he left his hometown for the last time.

After taking refuge in Syria, he worked as a teacher in the town of Deir al-Zur and then moved to Beirut to work as inspector of the schools of the Maqasid Islamic Society. He then moved to Amman where he was appointed deputy to the director general of the Jordanian Education Ministry (1950); he became director general of that ministry in 1954. From Jordan he moved to Qatar, occupying the post of Director of Education (1959–61). Eventually he returned to Beirut to devote his time to research and writing.

Mustafa al-Dabbagh is considered one of Palestine’s most prominent educators and historians. He also made an important contribution to the educational renaissance in both Jordan and Qatar. In addition to Arabic he was fluent in Turkish and Persian and believed that education was an essential factor in the development of the Palestinians and in enabling them to stand up to the Zionist danger and the challenges of modernity. The PLO posthumously awarded him the Jerusalem Medal for Culture, Arts and Literature in January 1990.

His 11-volume encyclopedia, entitled Biladuna Filastin, was published by Dar al-Tali‘a in Beirut between 1965 and 1976. This is his most important work and one of the most important works in Arabic on Palestine and its Arabic and Islamic heritage, its history, inhabitants, geographical divisions, and administrative systems.

In his very last work, called Min huna wa hunak (From Here and There) and published in Beirut in 1986 by al-Mu’assasa al-‘Arabiyya li’l dirasat wa’l nashr, he wrote the following: “If granted more time to live and granted health and capacity, I shall continue to do research into our glorious Palestinian heritage until the very end of my life.”

Mustafa al-Dabbagh died in Beirut on 1 October 1989 and was buried in that city.

[A Brief History of Palestine from Antiquity until the Present]

[Qatar, Past and Present]

[The Arabian Peninsula: Home of the Arabs and Cradle of Islam]

[The Arab Tribes and Their Progenies in Our Land of Palestine]