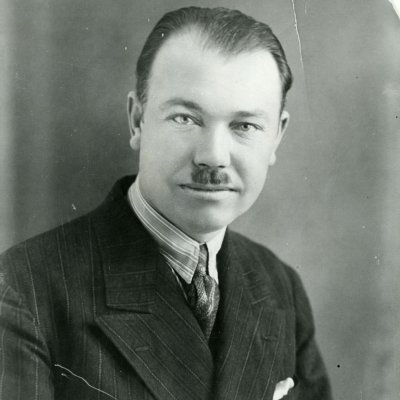 Ahmad Samih al-Khalidi was born in Jerusalem. His father was Haj Raghib (Abu Nu‘man) al-Khalidi, and his mother was Amira al-Khalili. His siblings were Nu‘man (half-brother) and Nazha (half-sister), Hasan Shukri, Hussein Fakhri, Ghalib, Ya‘qub, Fatima, and Isma‘il. He and his first wife, Ihsan Aql, had two children, Sulafa and Walid; with his second wife, Anbara Salam, he had Usama, Randa, Tarif, and Karma.

He was first educated at the American Colony School and then at St. George’s School. He then enrolled at the American University of Beirut and planned to major in history, but he was called to military service in the Ottoman army in 1915 and was unable to complete his degree. He first served in the Ottoman army in Sinai and then, in 1916, joined the Ottoman Medical School in Beirut where he graduated with a diploma in pharmacy; by 1918 he had the rank of second (pharmacy) lieutenant in the Ottoman army. He served in that capacity in Homs Hospital in what is now Syria during the last months of World War I and then returned to the American University, where he received his BA in 1919.

Upon his return to Palestine, Khalidi did not practice pharmacy; he was offered the post of deputy to the British Military Governor of Jerusalem but preferred instead to work in education. During the years 1919–23 he was inspector of education in the subdistricts of Jaffa, Gaza, and Tulkarm, becoming very active in establishing and modernizing schools in the towns and villages of Palestine. He saw that people in rural areas had a strong desire to educate their children and came up with the idea that villagers could contribute land and labor to build schools, provided that the government appoint and pay the teachers.

This idea, which contributed to modernizing the early educational system in the Palestinian countryside, was also adopted and promoted by his close friend Mustafa Murad al-Dabbagh.

In the summer of 1923, Khalidi obtained the degree of MA from the American University of Beirut for a thesis he wrote about the systems of education in Palestine in the late Ottoman period.

In 1923 he was appointed general inspector of education in the Jerusalem District and lecturer in education at Teachers College in Jerusalem. In 1925 he was appointed principal of Teachers College (renamed Arab College), succeeding the educationist Khalil Totah; he remained its principal until the end of the British Mandate in May 1948. In the last years of the Mandate he was also appointed Deputy Director of Education in Palestine in addition to his post as principal of the Arab College.

In the 1940s and until the Nakba of 1948, he supervised the Khalidi Library first established by his father Haj Raghib in 1900. In this he was aided by the manuscript expert Shaykh Amin al-Ansari and the scholar Istfan Hanna Istfan.

Khalidi’s first public but unofficial act was to form the Committee for Higher Education among Muslims. He then became preoccupied with the children of the martyrs of the Great Palestinian Rebellion, and in 1939 he formed and presided over the General Arab Orphan Committee. That committee oversaw the building of a model agricultural school for the sons of the martyrs in the village Deir Amr, near Jerusalem, the first of its kind in the Arab east. He also began a project to build a sister institution nearby for the daughters of martyrs.

Following the Nakba he left for Lebanon, having first placed the campus of the Arab College under Red Cross protection since it fell in a war zone. In Lebanon he devoted himself to writing and to helping the Palestinian refugees and educating their children. He built a school for them in the village of Hinniyyah, in the district of Tyre, which is still operational.

Ahmad Samih al-Khalidi was a member of a distinguished Jerusalem family of scholars. Objective and scientific in thought and action, his aim was to create an Arab generation armed with sound reason and thinking and firm in its scientific and nationalist beliefs. Under his leadership, the Arab College became the most important educational institution in the country and the nucleus of a Palestinian national university; however, it was occupied and looted by Israeli forces in September 1948. (The two Deir Amr institutions were also occupied.)

Among Khalidi’s most important educational principles was the use of the national language, Arabic, as the language of instruction at all stages of education, from kindergarten to university. His books on education were adopted in several Arab countries including Iraq and Jordan. Perhaps the most distinguishing characteristic of the Arab College was the way in which it combined a solid grounding in the Arab Islamic heritage with an opening on classical western cultures. Thus, both Latin and ancient Greek were taught, together with mathematics and physics. It is most likely that the Arab College was unique in its curriculum among all contemporaneous Arab institutions of learning. Its graduates include a host of very distinguished Palestinian intellectuals in the fields of education, scholarship, engineering, and economics.

Khalidi could not bear the shock of the Nakba along with the loss of the Arab College and of the two Deir Amr institutions. He died of a heart attack while still relatively young and active in the town of Beit Mery at the age of 54 and was buried in the cemetery in Beirut that bore the name of Imam al-Awza‘i, founder of a school of Islamic jurisprudence that he loved.

Khalidi was the author of several works on education, teaching, and psychology and was deeply involved in historical research and the editing of manuscripts. He published numerous articles in Palestinian and Arab journals, including the Cairo journal Al-Risala (1948 and 1949). He also translated many works. He was posthumously awarded the Jerusalem Medal for Culture, Arts and Literature by the Palestine Liberation Organization in 1990.

[Men of Scholarship and Government in the Palestinian Countryside]

[Inciting Love regarding the Virtues of Jerusalem and al-Sham]

[Acquainting the Public with the Virtues of al-Sham]

[This is a translation of Robert S. Woodworth, Psychology: A Study of Mental Life. New York: Henry Holt, 1921.]

[This is a translation of Wilhelm Stekel. The Beloved Ego: Foundations of the New Study of the Psyche. London: Kegan Paul, 1921.]