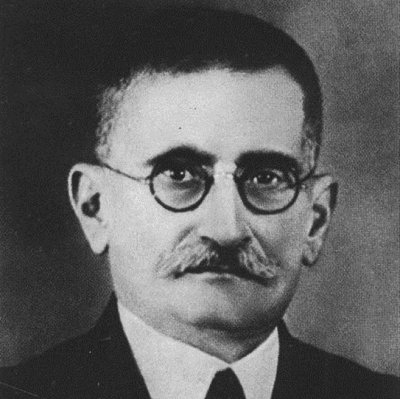 Khalil Baidas was born in Nazareth. His father was Ibrahim; his mother was Warda. He and his wife, Adèle Abu al-Rus, had a son, Yusuf.

In 1908, Baidas was transferred to the Orthodox School in Haifa where, following the proclamation of the Ottoman Constitution, he published the weekly magazine called Al-Nafa’is, which in 1909 became the bimonthly Al-Nafa’is al-Asriyya. In 1911, the magazine was published from Jerusalem but ceased publication when World War I began. It resumed publication in 1919 but finally closed down in 1923. The magazine was widely distributed in a number of Arab and foreign countries and many of the most eminent literary figures and poets of Palestine and of the Arab world published their work in it.

In 1911, Baidas was chosen to represent the Christian Orthodox Arabs in the Mixed Council formed by the Ottoman government to manage the affairs of the Arab Orthodox community and supervise Orthodox awqaf in Palestine and Transjordan. So he resigned from his post at the Orthodox School in Haifa and settled in Jerusalem.

From an early period Baidas was concerned with Zionist immigration and warned of its dangers. In articles he published in Al-Ahram and Al-Muqattam, he called on the Ottoman authorities to deal justly with the Arabs and to show them fairness. When the Arab Revolt broke out in June 1916, Baidas was sentenced to death but sought refuge in the Orthodox Patriarchate in Jerusalem, which protected him and saved him from the gallows.

In 1920, Baidas took part in a demonstration in Jerusalem and spoke against the danger of the Balfour Declaration. He was arrested by the British and sentenced to fifteen years in jail. While in Acre prison, Baidas wrote a short book describing the imperialist prison system and the barbaric treatment of nationalist prisoners. The British High Commissioner, Herbert Samuel, later on issued a pardon, which included both him and other political prisoners, both Arabs and Jews. Thereafter, Baidas was appointed teacher of Arabic at the St. George’s School, a post he held until his retirement in 1945.

Baidas amassed a very valuable library containing a number of precious manuscripts and printed books, all of which was lost when, in 1948, the Zionist militias occupied his quarter and he was forced to vacate his house in Jerusalem and to walk on foot to the village of Silwan. He was 73 years old. From Silwan he moved to Amman and Beirut where he died soon thereafter, in 1949. He was buried in Beirut.

Khalil Baidas was a man of letters, a novelist, a translator of the first rank, and an inspired orator. He was instrumental in moving the Palestinian novel in new and more realistic directions that dealt with people’s ordinary lives. He was influenced by great Russian writers like Pushkin and Tolstoy and is regarded as a pioneer of translations from Russian into Arabic. He called for a cultural awakening in the Arab world and left behind some 44 books that he had written or translated.

In January 1990, the PLO awarded him the Jerusalem Medal for Culture, Arts and Literature.

[The Precious Necklace on Child-raising]

[The Heir: A Social and Romantic Novel]

[Pastures of Thought: A Literary, Artistic and Fictional Collection Dealing with Real Life]

[The Arabs: Their Heroes and Most Famous Historical Incidents]