The village was situated on a sandstone plateau in the northwestern segment of the plain of Acre, 3 km northeast of the city of Acre and 2 km north of the al-Na'amin River. One–half km to the west of it ran the al-Basha (Pasha) canal, which carried water from the springs of al-Kabri to Acre. Al-Manshiyya was linked by a short secondary road to the coastal highway that led to Acre. Its proximity to Acre afforded the village residents access to the city's transportation system and other facilities. The villagers believed that al-Manshiyya was established in the aftermath of the Crusades, and that the original inhabitants were brought by the Mamluks from North Africa to repopulate the area, whose own population had been greatly reduced by the Crusaders and by epidemics.

If this were the case then the village must have disintegrated subsequently, for it does not appear among the villages recorded as paying taxes in 1596.

In the late nineteenth century al-Manshiyya was once again inhabited. The village was situated on a plain, surrounded by arable land, and its houses were built of stone and mud. Its population was about 150.

At the beginning of this century the village had a square plan, and its houses (made of stone, cement, and mud) were grouped close together. Its entire population was Muslim. The village contained the shrine of Baha' Allah (whose name meant literally, 'splendor of God'). Baha' Allah was the founder of the Baha'i sect, a religion that emerged in Persia in the nineteenth century. Baha' Allah was interned in Acre by the Ottomans, at the request of the Persian government, and had died in the city in 1892.

The village also had an Islamic orphanage and a mosque, called the mosque of Abu Ataba. The economy was based on agriculture, especially the cultivation of grain, and animal husbandry. In 1944/45 a total of 253 dunums was devoted to citrus and bananas and 10,818 dunums were allotted to cereals; 619 dunums were irrigated or used for orchards. Five graves were excavated in al-Manshiyya in 1955–56; the earliest dated from the thirteenth century B.C. About 1 km to the south of the village was Tall al-Fukhkhar ('mound of pottery'), where the ancient foundations of the town of Akka (Acre) were discovered in excavations beginning in 1973. A small settlement of farmers existed near the base of the tell in the middle of the fourth millennium B.C., and by the sixth century B.C. this settlement had already begun to expand westward toward the coast. The tell was the site of Acre during Greek and Roman times. In addition to pottery fragments, the tell contained the remains of cemeteries.

Al-Manshiyya was first drawn into the war by an Israeli infiltration which occurred on 6 February 1948. On that day a number of armed Jews using automatic weapons and Sten guns attacked the village, according to the Palestinian daily Filastin. The paper said that they were driven back by the village's defenders; it made no mention of casualties.

While no precise details are given, indirect evidence indicates that this was one of the villages occupied at the beginning of Operation Ben-Ami, on 14 May 1948.

A month after its occupation, on 16 June, Israeli prime minister Ben-Gurion was able to report that the destruction of al-Manshiyya was already underway.

Two settlements, Shamrat and Bustan ha-Galil, were established in 1948 on village lands north of the village site. Shamrat was originally located 2 km further north and was called ha-Yotzerim. It was first founded in 1946 on land that had belonged to the German Templars but was moved to its present location in May 1948.

The site is now part of the city of Acre.

The Baha'i shrine, the mosque, the Islamic school for orphans, and a few houses still stand; the rest of the village is gone. The shrine is a handsome, domed structure, the front wall and arched entrance of which are framed by prominent stone pillars. There are several graves in the nearby yard. The shrine and the graves are well-maintained and visited by Baha'is from all over the world. The mosque, a stone structure with a dome and vaulted ceilings, has been turned into a private home for a Jewish family. The former Islamic school for orphans is also inhabited. The cemetery is still visible but is not tended; it contains a tombstone that is inscribed in Turkish and dates to the eighteenth century. The al-Basha water canal, built with stone blocks, still exists, but is not functioning; the same is also true of an aqueduct. 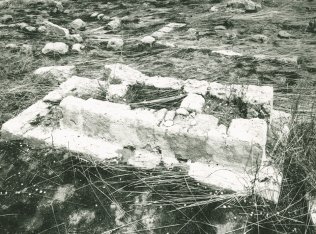 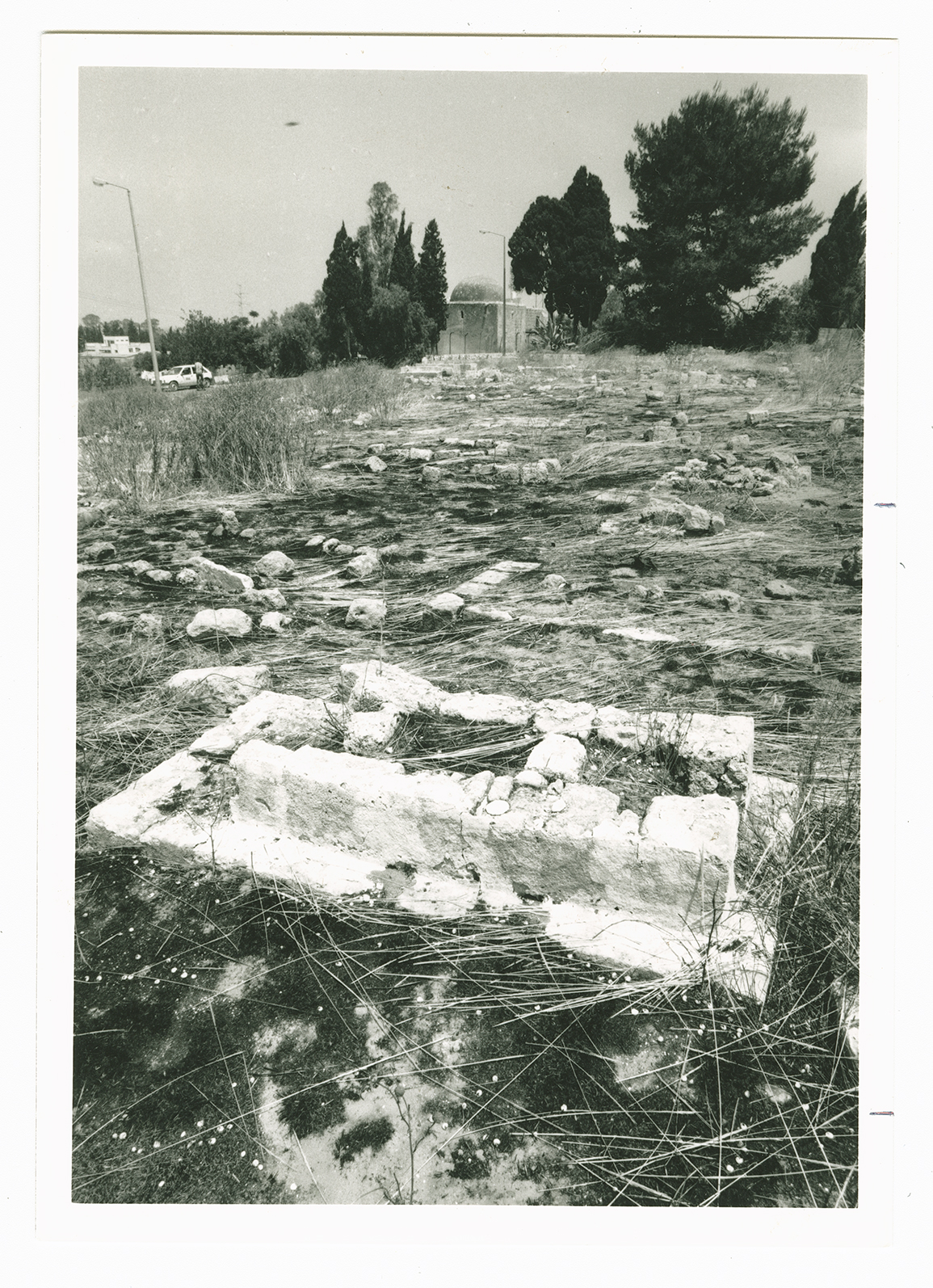 Neglected graves in the cemetery of al-Manshiyya.