The village lay on the Haifa Plain at the foot of the northwestern extension of Mount Carmel. The Haifa-Jenin highway also passed to the east of the village, as did the Haifa-Samakh railroad, which was about 0.5 km away. An airstrip was located on the northern edge of the village lands, about 2 km north of the village itself. It was named Balad al-Shaykh ('the town of the Shaykh') after the renowned Sufi Shaykh Abdallah al-Sahli, who was granted the taxes collected from the village by Sultan Salim I (who reigned from 1512 to 1520) in the early days of Ottoman rule in Palestine. Edward Rogers, British vice-consul in Haifa, visited Balad al-Shaykh in 1859 and reported that its 350 residents were cultivating 12 faddans of land

). Another traveler, Guérin, estimated that its population was 500 in 1875; he saw olive and palm trees and a number of springs near the village.

In 1945 the village was the second largest village in Haifa sub-disctrict in terms of population and was inhabited entirely by Muslims. The village had a rectangular layout; its houses were clustered together and were built mostly of stone and cement. Coffee shops and its two gas stations were located along the Haifa-Jenin highway. An elementary school was established in the village in 1887, during Ottoman rule. The village cemetery contained the tomb of Shaykh Izzeddin al-Qassam, an ascetic preacher whose death in action against British security forces in 1935 triggered the 1936 revolt against the British occupation.

The village economy was based to a great extent on agriculture and livestock. Olives, grain, and fruit were the most important agricultural products. After harvesting, the villagers extracted oil from some of the olives using a manual press. In 1944/45 a total of 4,410 dunums was allocated to cereals and 368 dunums were irrigated or used for orchards. An additional source of income was paid employment; some villagers worked in Haifa. During the Mandate, Zionist investors leased part of the land and established a cement factory on it, as well as other buildings which eventually became the Nisher settlement. On the north side of the village lay the tomb of Shaykh Abdallah aI-Sahli and its adjacent khan (which probably dates to the Mamluk period). A hewn wine press and cisterns have been found there which have been judged to be Byzantine.

A massacre was committed in Balad al-Shaykh by the Haganah on 31 December 1947. The History of the Haganah states that a force of 170 men from the Palmach were ordered to 'encircle the village, harm the largest possible number of men, damage property, and refrain from attacking women and children.' More than 60 villagers were left for dead by the attackers, and despite the last clause in the orders, women and children were counted among the victims. A report issued by the attacking forces after the 'operation' stated that, 'because of the fire issuing from inside the rooms, it was impossible to avoid harming women and children also.' Several dozen houses were also destroyed during the attack. The massacre was meant to be in retaliation for the killing of Jewish oil refinery workers the previous day, allegedly by Palestinian coworkers from the village. Their action had itself been provoked by a bombing by the Irgun at the gates of the Haifa oil refinery in which 6 Palestinian workers were killed and another 42 wounded, according to the Palestinian newspaper Filastin. The paper reported that the Palestinian casualties had been caused by a bomb that was thrown from a speeding car while they were standing in an employment line outside the refinery. After this attack, Palestinian workers inside the refinery turned in rage against Jewish workers, killing 41. Ironically, the Haganah had labeled the original Irgun attack 'irresponsible,' according to Israeli historian Benny Morris.

After the massacre, the village was partially evacuated on 7 January 1948. It was not occupied by Zionist forces until late April 1948. Plan Dalet had called for the occupation of Balad al-Shaykh by the Carmeli Brigade in the same operation that captured Haifa. With the fall of Haifa, on 22 April, some women and children were moved to safety, as the village expected an attack. Then, at dawn on 24 April, Haganah units surrounded the village and demanded that the villagers surrender their arms (as both the New York Times and Benny Morris report.) Both accounts state that the villagers handed over '22 old rifles' and asked for a truce, but the Haganah refused, threatening to attack if other weapons were not surrendered. At 5:00 a.m., the Haganah opened fire with mortars and machine guns. A British unit which reached the scene at 6:00 a.m. reported that there was 'virtually no reply' to the Haganah fire from the village. The British then negotiated an agreement which provided for the evacuation of the villagers, including women and children, under British escort. Some of them apparently went to Acre, and Morris reports that a few days later they fled that city when panic gripped it in anticipation of a new Haganah attack.

; this is now part of Nesher township.

Many of the Arab houses and shops are still standing and are occupied by the settlement's inhabitants. The cemetery is visible and is in a state of neglect. 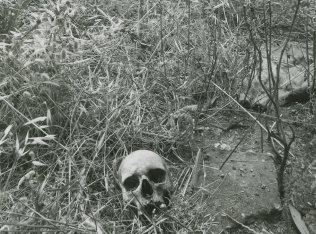 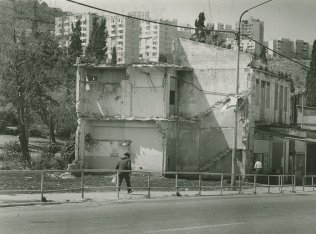 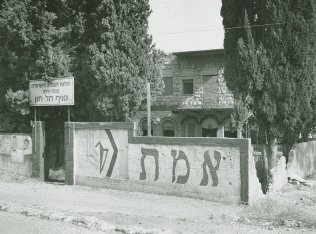 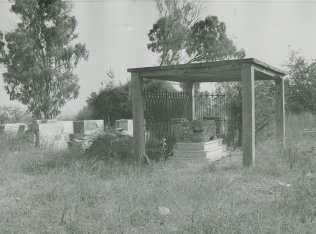 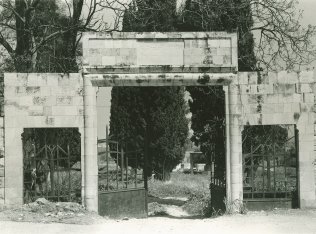 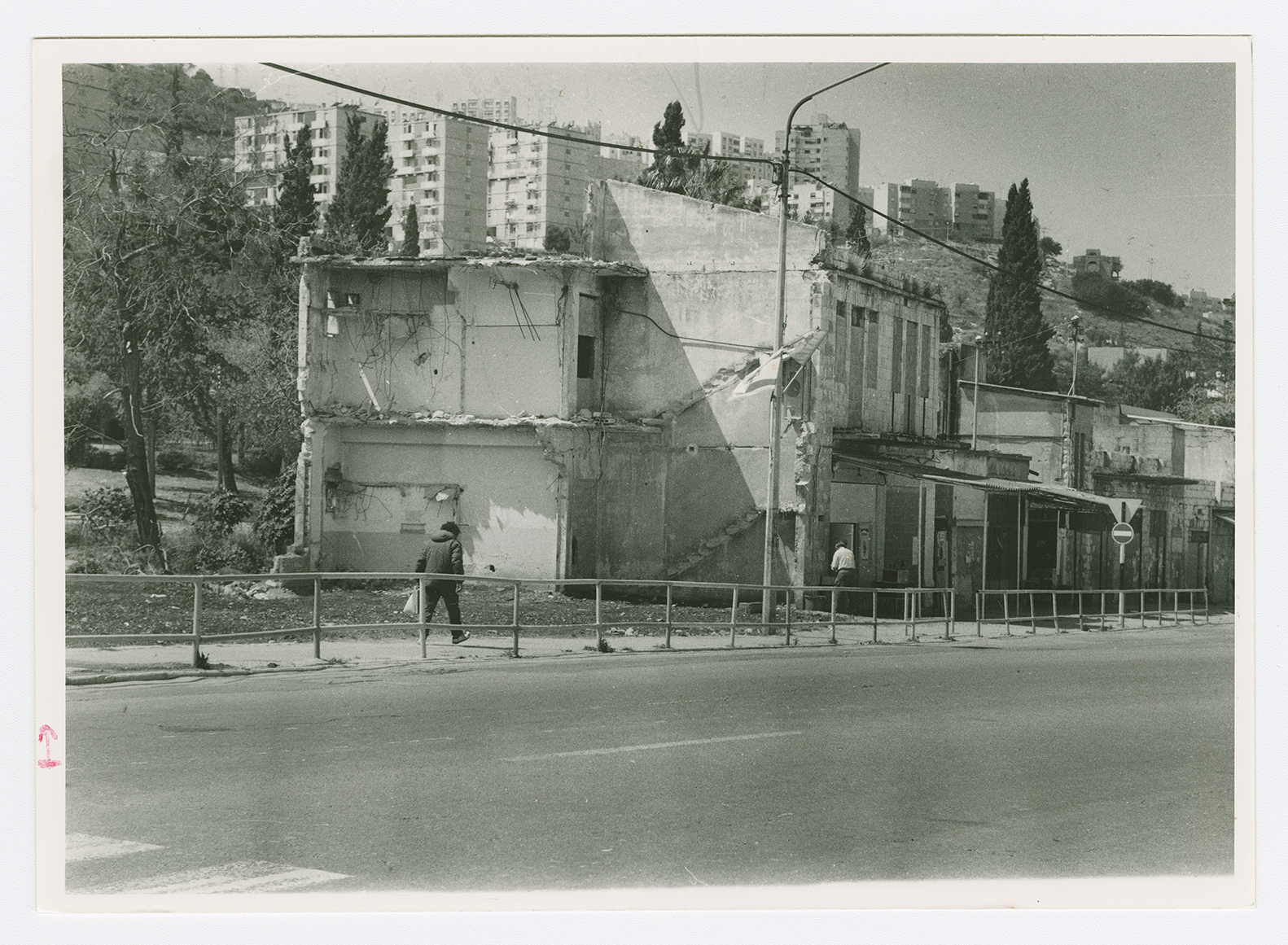 A partly-demolished house in the center of the village site. 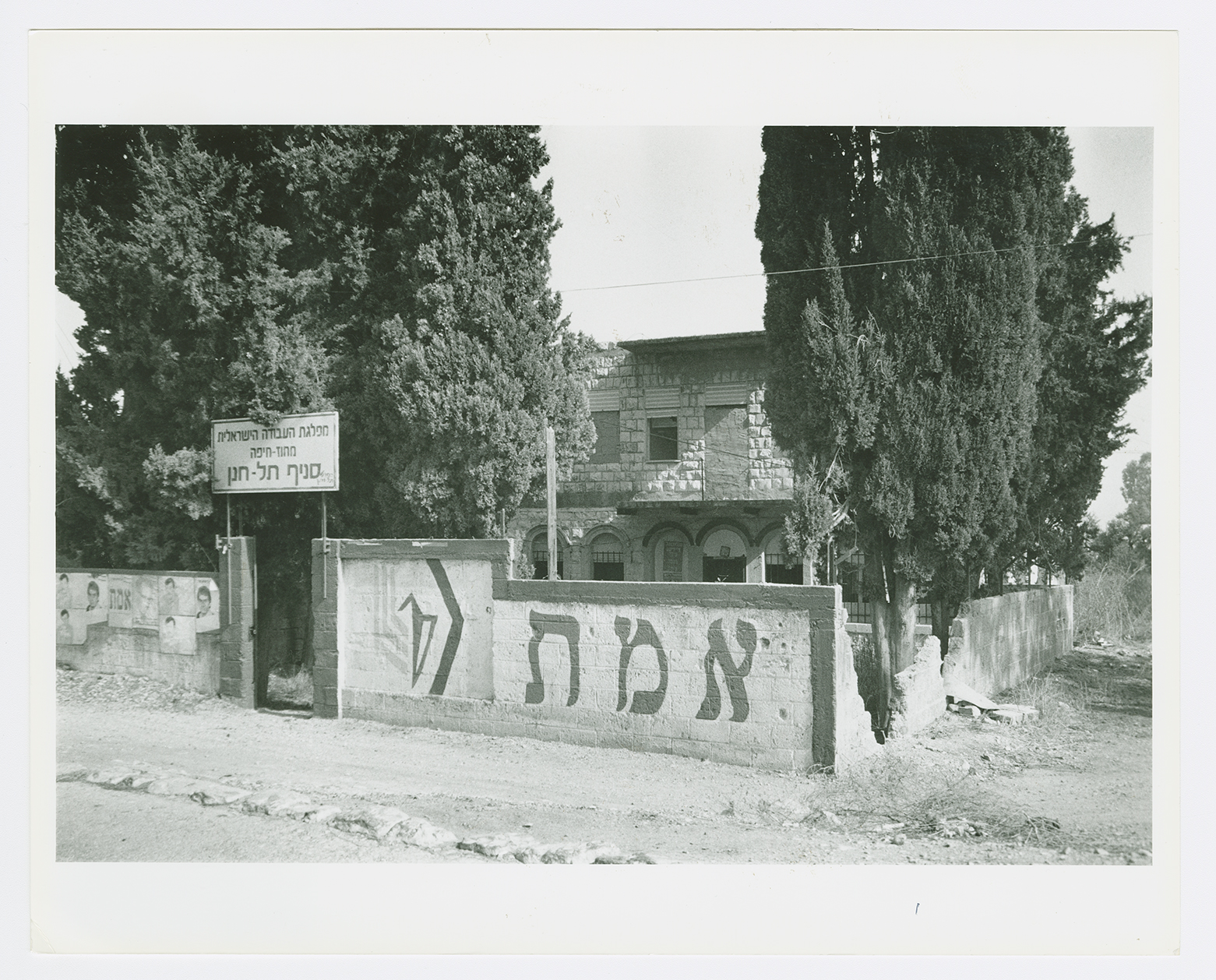 A house in the center of the site, now used by the Tel Chanan branch of the Israeli Labor Party. 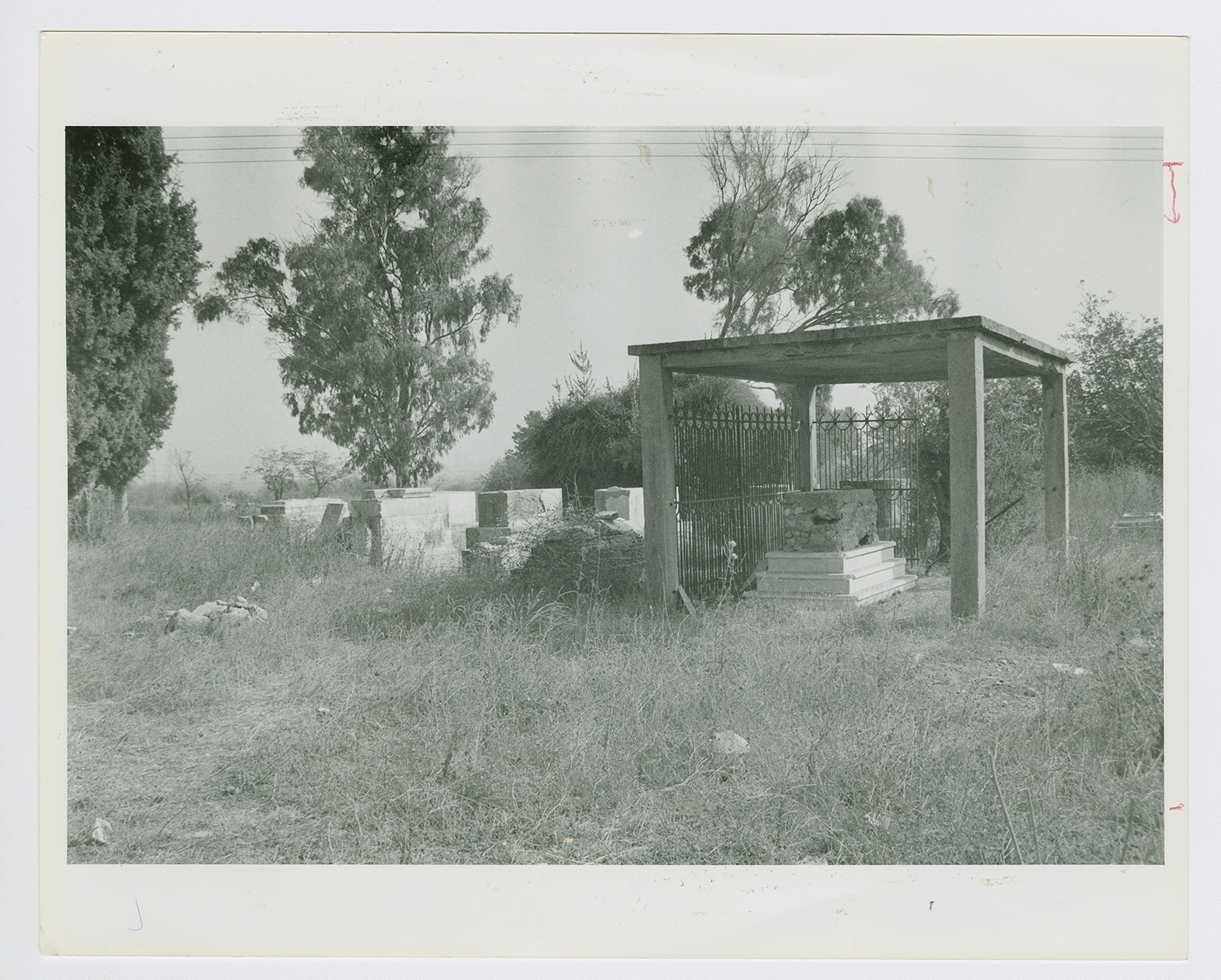 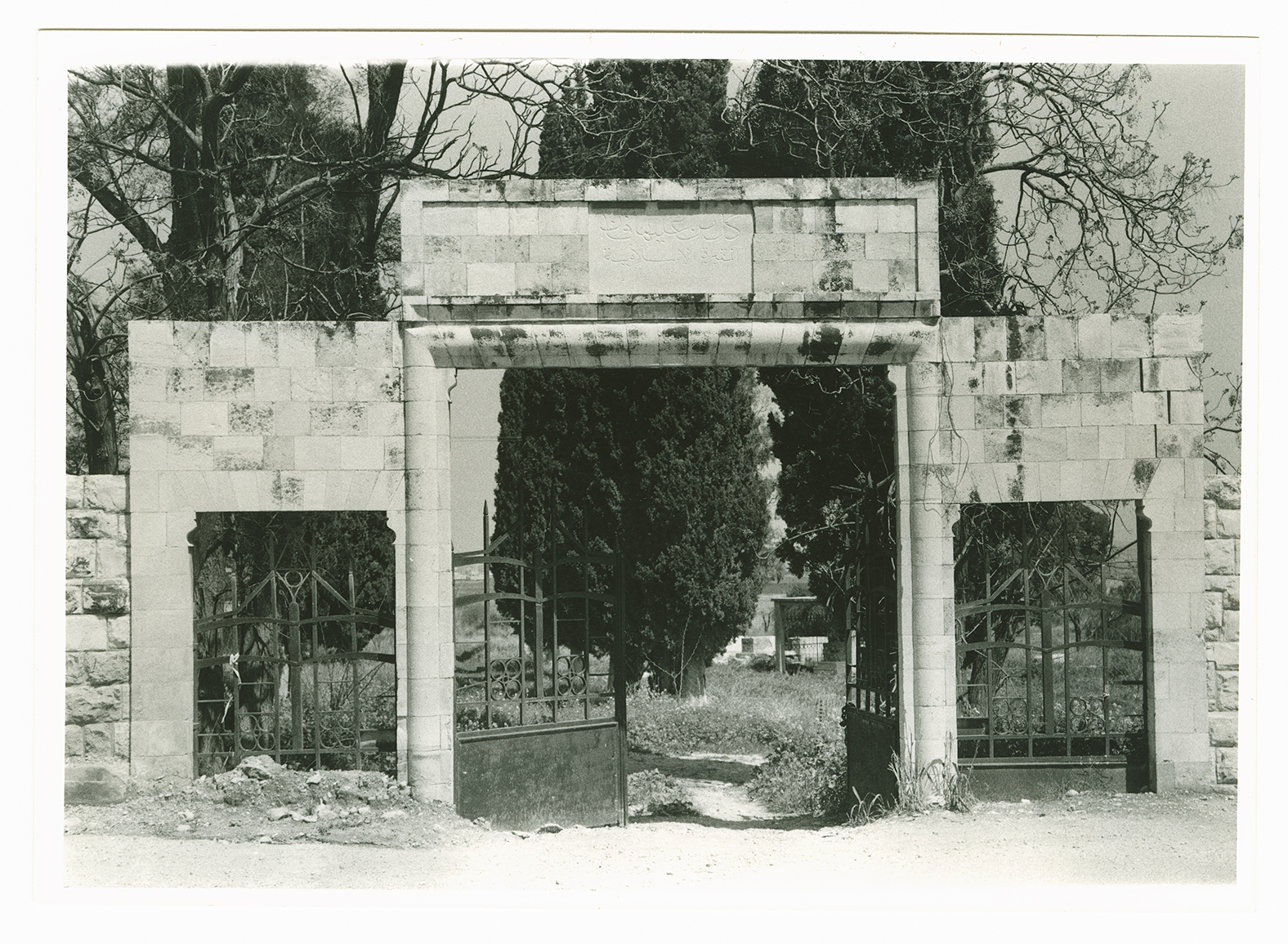 The gate to the Islamic cemetery of Balad al-Shaykh. The Arabic inscription at the top is taken from sura 55 (aI-Rahman, "The Merciful"), verse 26 of the Qur'an: "Kullu man 'alayha fan [wa yabqa wajhu rabbika dhu al-jalali wa al-ikrami]: Everyone on earth 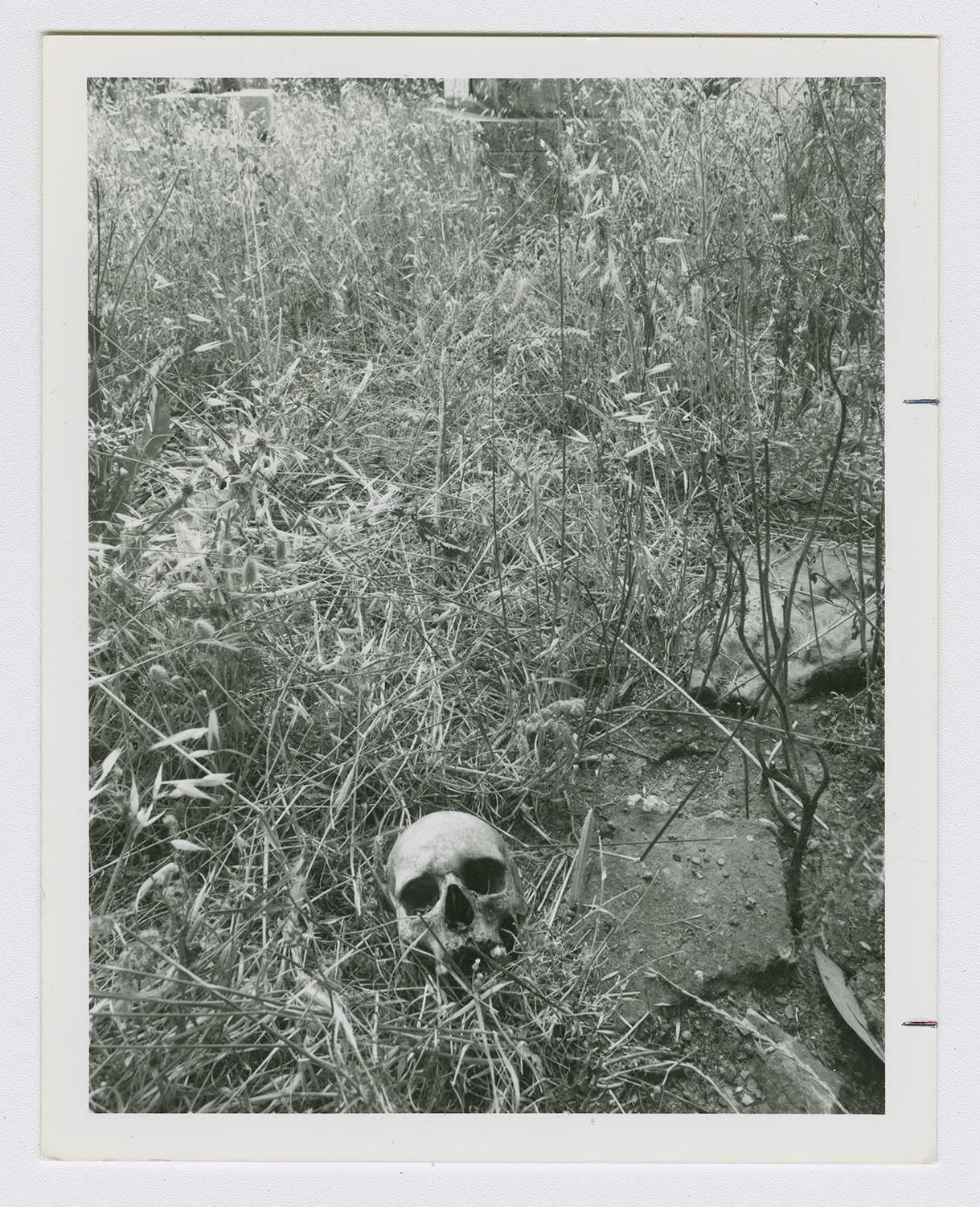 Graves destroyed or unearthed in the cemetery of Balad al-Shaykh.