The village was located on a large hill on the western slope of a mountain, and was surrounded by two broad wadis to the south and the north. The highway that linked Bayt Jibrin to the Jerusalem−Jaffa highway passed about 3 km west of the village. This highway constituted the village's main link to other cities and villages. Dayr Aban has been identified with the locality of Abenezer in the Roman period; in later times it fell within the administrative jurisdiction of Bayt Jibrin. In 1596 Dayr Aban was a village in the nahiya of Jerusalem (liwa' of Jerusalem) with a population of 127. It paid taxes on wheat, barley, olive trees, vineyards, fruit trees, goats, and beehives.

In the late nineteenth century, Dayr Aban was a large village built on the lower slope of a high ridge. It was bordered by olive trees to the north, east, and west.

The village had a circular layout and was centered around the intersection point of five roads, including the main road to Bayt Jibrin. Most village houses were built of stone and mud, with roofs made of wood, straw, and adobe; a few were topped with domes and built of limestone. The population was predominantly Muslim, as there were about 10 Christians out of 2,100 people in the mid-1940s. The al-'Umari mosque stood at the village center, where there was also an elementary school. Before the 1940s, rainfed wells constituted the major source of water; later, a pipeline was built to transport water from 'Ayn Marjalayn (5 km east of the village).

Some of the villagers worked in agriculture while others worked in the commerce and service sectors. Olive trees were planted on a large part of the land. Vineyards were kept in the mountainous areas, while grain and corn grew in the flat parts of the village lands. In 1944/45 a total of 14,925 dunums was allotted to cereals; 1,580 dunums were irrigated or used for orchards. Three archaeological sites are in the vicinity: Khirbat Jinna'ir (150129), Khirbat Haraza (151129), and Khirbat al-Suyyagh (150128).

The village first came under attack in the early weeks of the war, when it was surrounded by an armed Jewish force on 17 January 1948. The New York Times reported that this occurred during the battle around the Kfar Etziyon group of Jewish settlements south of Bethlehem. The Zionist 'punitive expedition' against three villages in the vicinity (Zakariyya, Bayt Nattif, and Dayr Aban) continued for at least twenty-four hours. 'Arab sources' quoted in the Times estimated that the Zionist force involved at least 100 men. Two months later, on 20 March, a day-long exchange of fire was reported between the village and the Jewish settlement of Hartuv. No casualty figures were given.

Dayr Aban was the first village to be occupied during Operation Ha-Har (see 'Allar, Jerusalem sub-disctrict) at the end of the second truce of the war. The Haganah account relates that the hill overlooking Dayr Aban was occupied 'with relative ease' after Egyptian forces were taken by surprise and exposed to 'concentrated' firepower from artillery pieces and mortars. The village itself was taken the following night, on 19−20 October, and its population was probably displaced eastwards to Bethlehem or to the Hebron hills. 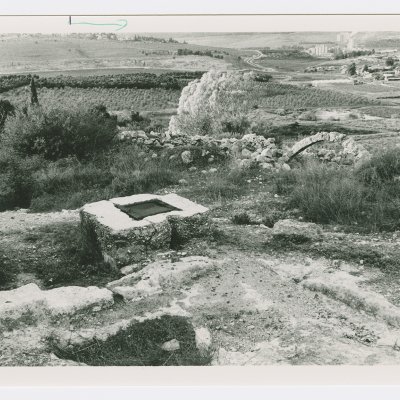 almond, cypress, and eucalyptus trees grow on the site, along with cactuses. Carob trees grow along the nearby terraces. Several wells still exist, but the mouths of some have been covered with boards. 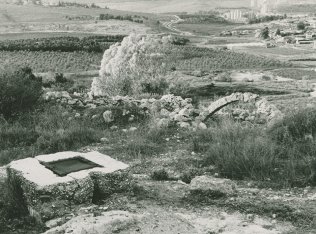 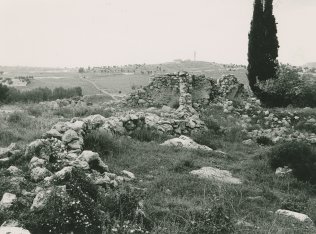 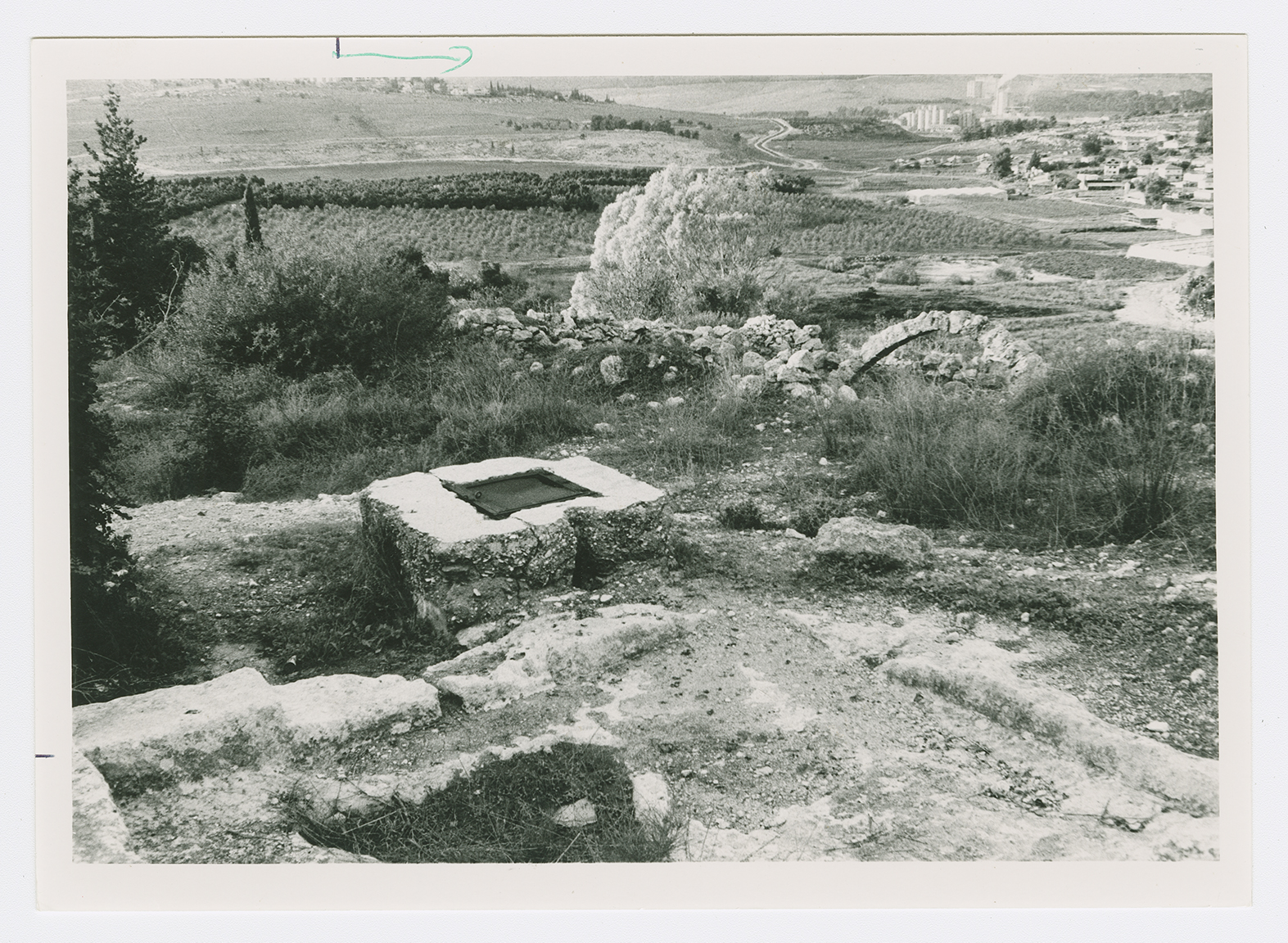 The remains of the village site, with the settlement of Machseya in the background. 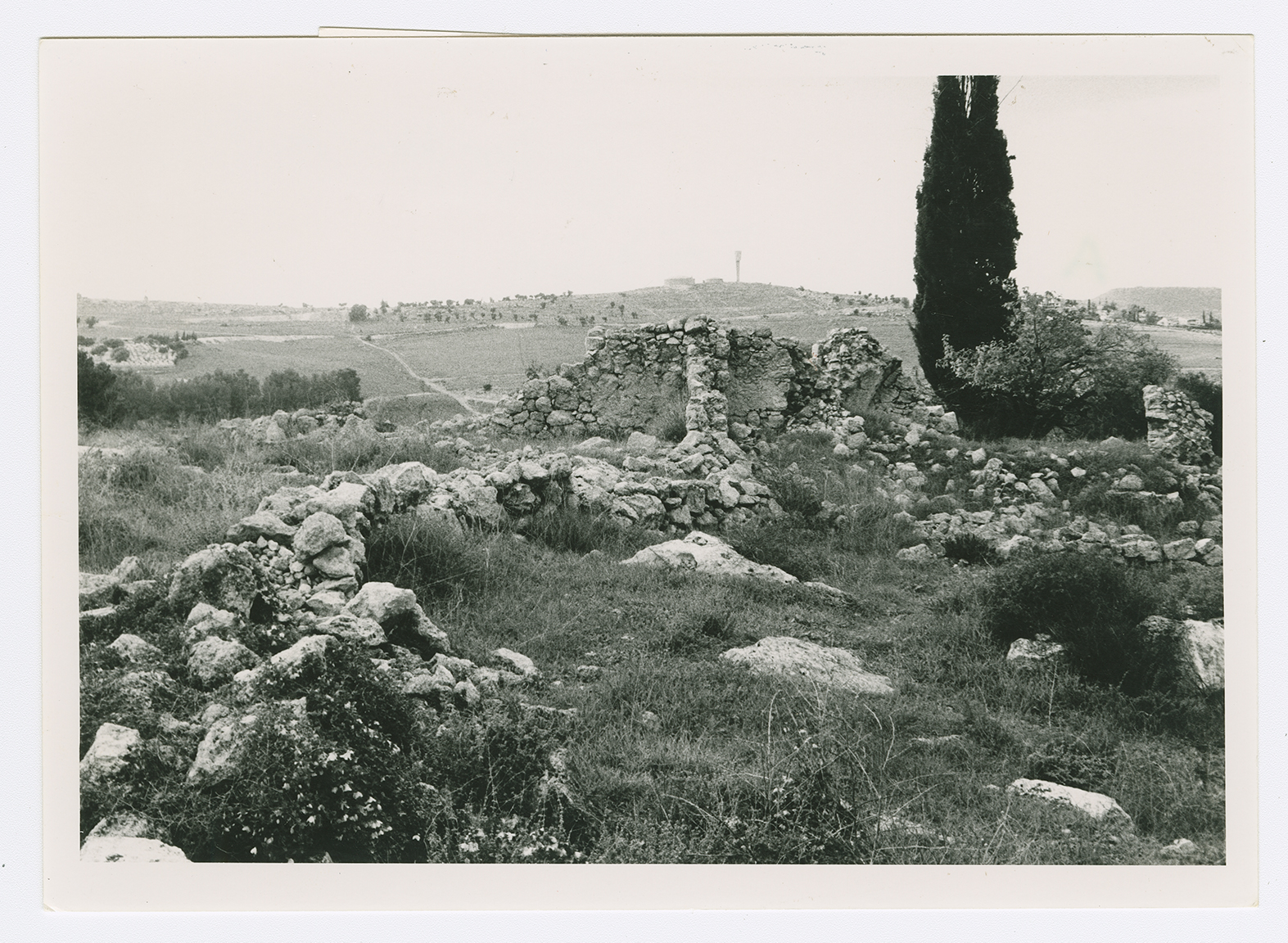 The rubble and remains of houses on the village site.