The village stood on flat land on the coastal plain, about 2 km from the seashore, bordered by two long sand dunes on the east and west sides. The coastal highway and railway line ran a short distance to the east of it. Hamama (which means 'dove' in Arabic) was built on the site of Tall Mishqafa, identified as Peleia (also meaning 'dove') in an early fifth-century Byzantine source. It was near the site of a battle between the Crusaders and Muslims in 1099 that ended in the triumph of the former. The Mamluk sultan, al-Ashraf Barsbay, was reported to have passed through it in 1432.

Hamama was also said to have been the birthplace of Ahmad al-Shafi'i (1406–1465), a renowned Muslim scholar, teacher, and preacher at the al-Aqsa mosque in Jerusalem.

In 1596, Hamama was a village in the nahiya of Gaza (liwa' of Gaza), with a population of 462. It paid taxes on goats and beehives.

The Sufi traveler al-Bakri al-Siddiqi, who passed through the region in the mid-eighteenth century, reported that he visited the village of Hamama after he left al-Jura.

Most of the village residents were Muslims. They built their houses along the roads connecting Hamama to other villages, which resulted in a star-shaped pattern of construction.' Its longest extensions were to the north and northwest. The village had a mosque and two elementary schools: one for boys, opened in 1921, and another for girls, opened in 1946. In 1946, 338 students were enrolled in the boys' school and 46 in the girls'. A village council administered local affairs. The villagers cultivated a wide variety of crops: grain, citrus, apricots, almonds, figs, olives, watermelons, and cantaloupes. Because of sand dunes, particularly on the north side, the community planted trees on parts of the land to prevent soil erosion and sand encroachment. In 1944/45 a total of 961 dunums was devoted to citrus and bananas and 20,990 dunums were planted in cereals; 4,325 dunums were irrigated or used for orchards. In addition to agriculture, the inhabitants engaged in fishing. The area around Hamama contained numerous archaeological sites with visible ruins. These included Khirbat Khawr al-Bayk and Shaykh Awad.

Reports in the Palestinian newspaper Filastin show that Hamama was first drawn into the war by a number of hit-and-run strikes beginning in January 1948. On 22 January, a group of workers from the village laboring in the fields between Hamama and Isdud were attacked by Jewish settlers from nearby Nitzanim. The attack left fifteen of the Arab workers wounded, two seriously, according to the report. Two days later, another unit from the settlement opened fire on villagers from Hamama, this time killing one and wounding another. The following month, on 17 February, a group of villagers waiting for the bus on the main road between Hamama and Isdud were fired upon and two were wounded. The paper again wrote that the attackers withdrew to Nitzanim.

Israeli historian Benny Morris writes that the village was occupied in the third stage of the Israeli army's Operation Yoav , on 28 October. By the beginning of the operation, Hamama had a large refugee population, created by the military offensives launched during the previous months. Nearby Isdud (5 km to the north) came under naval and aerial attack at the beginning of Operation Yoav and fell into Israeli hands in the third stage of the operation. The New York Times stated on 18 October that Israeli air force bombers had flown 'practically unhindered' to their targets for three nights in succession and that these targets included Isdud. The bulk of the remaining population fled with retreating Egyptian columns before the Israeli entry on 28 October.

In the third stage of Operation Yoav, the successes of the previous stages were used to occupy more territory. Al-Qubayba and Hamama were captured around 28 October 1948. The third stage was marked by 'panic flight' and 'some expulsions,' according to Morris. When the Yiftach Brigade entered Hamama, the unit's intelligence report stated that it was 'full of refugees' from Isdud and elsewhere. Morris adds: 'The remaining Hamama population and the refugees in the town either fled southwards after the [Israeli army] conquest or were urged or ordered to do so by troops.' One of the larger, little-known massacres of the war was committed on 29 October 1948 during this stage at al-Dawayima ( 25 km to the east). Morris claims that it precipitated a massive flight of people from the area.

No traces of village houses or landmarks remain. The site is overgrown with wild vegetation, including tall grasses, weeds, and bushes. It also contains cactuses. The surrounding land is unused. 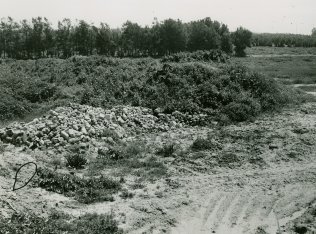 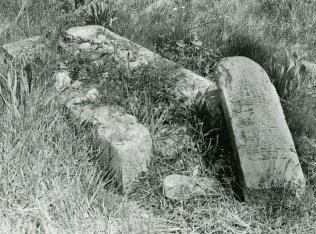 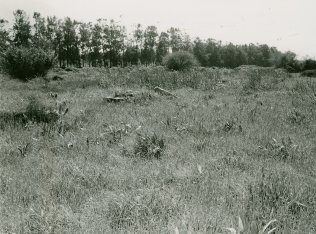 A Most Brutal Massacre Long Kept Under Wraps 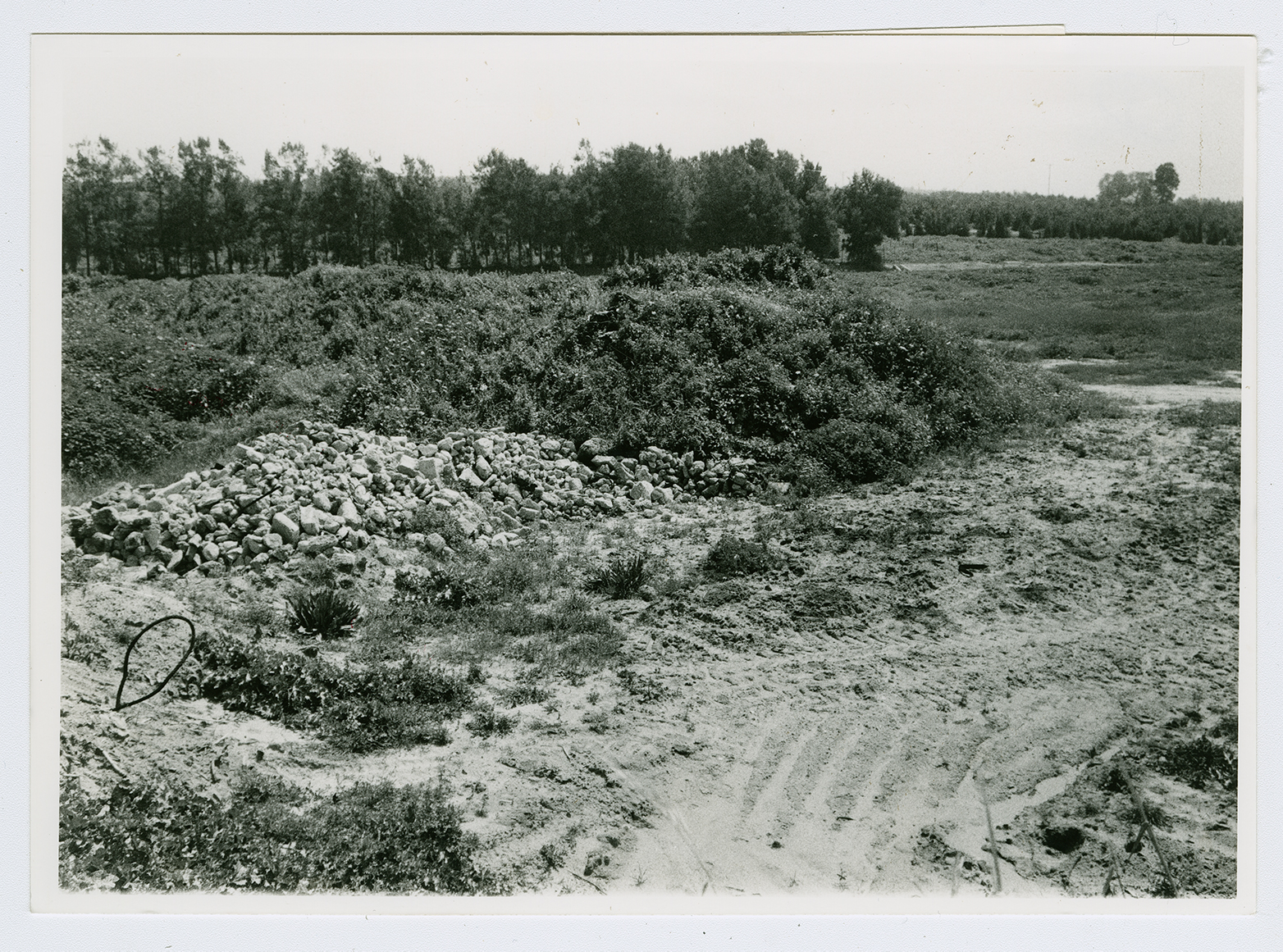 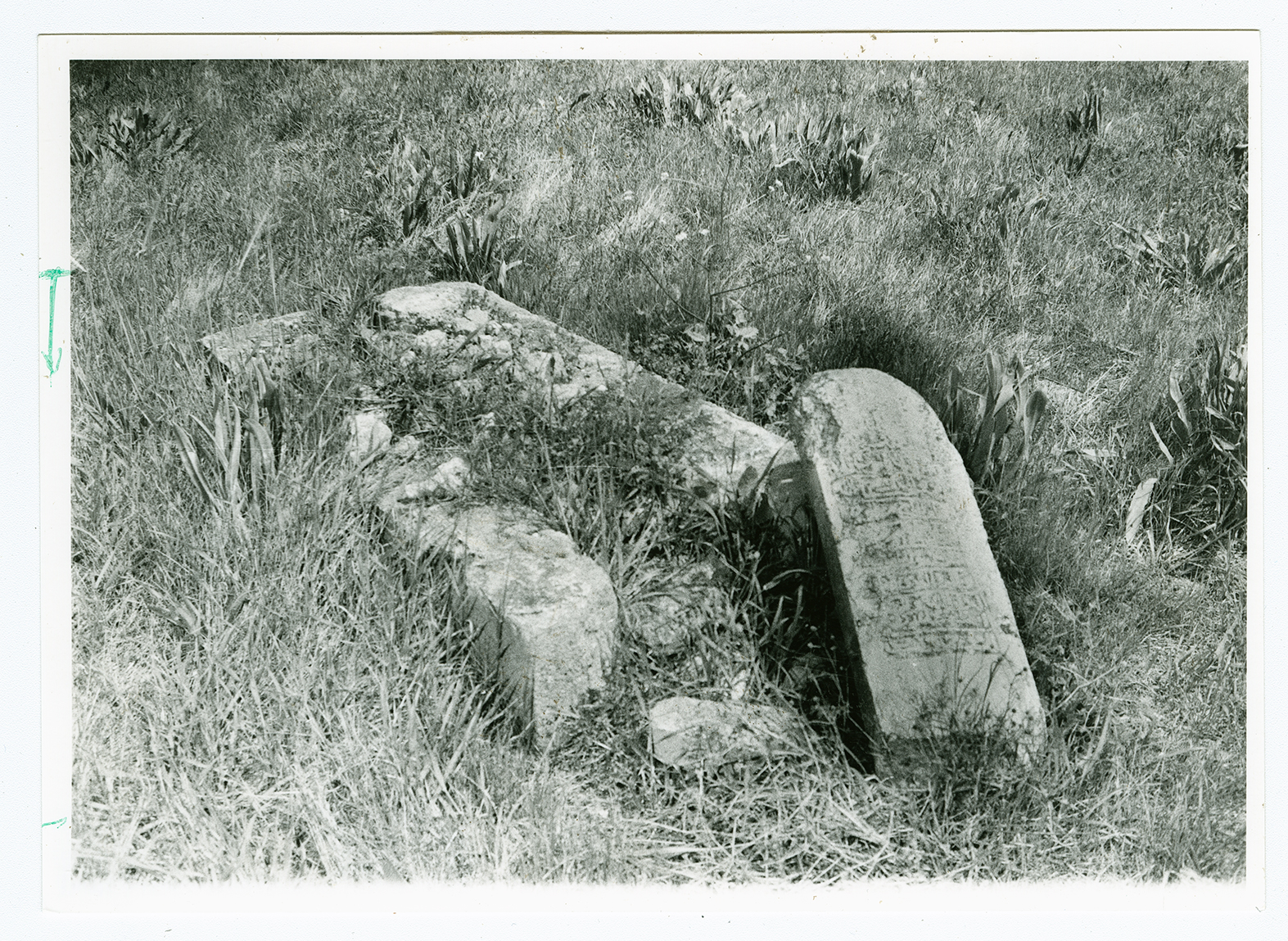 A grave in the cemetery of Hamama, on the northern edge of the site. 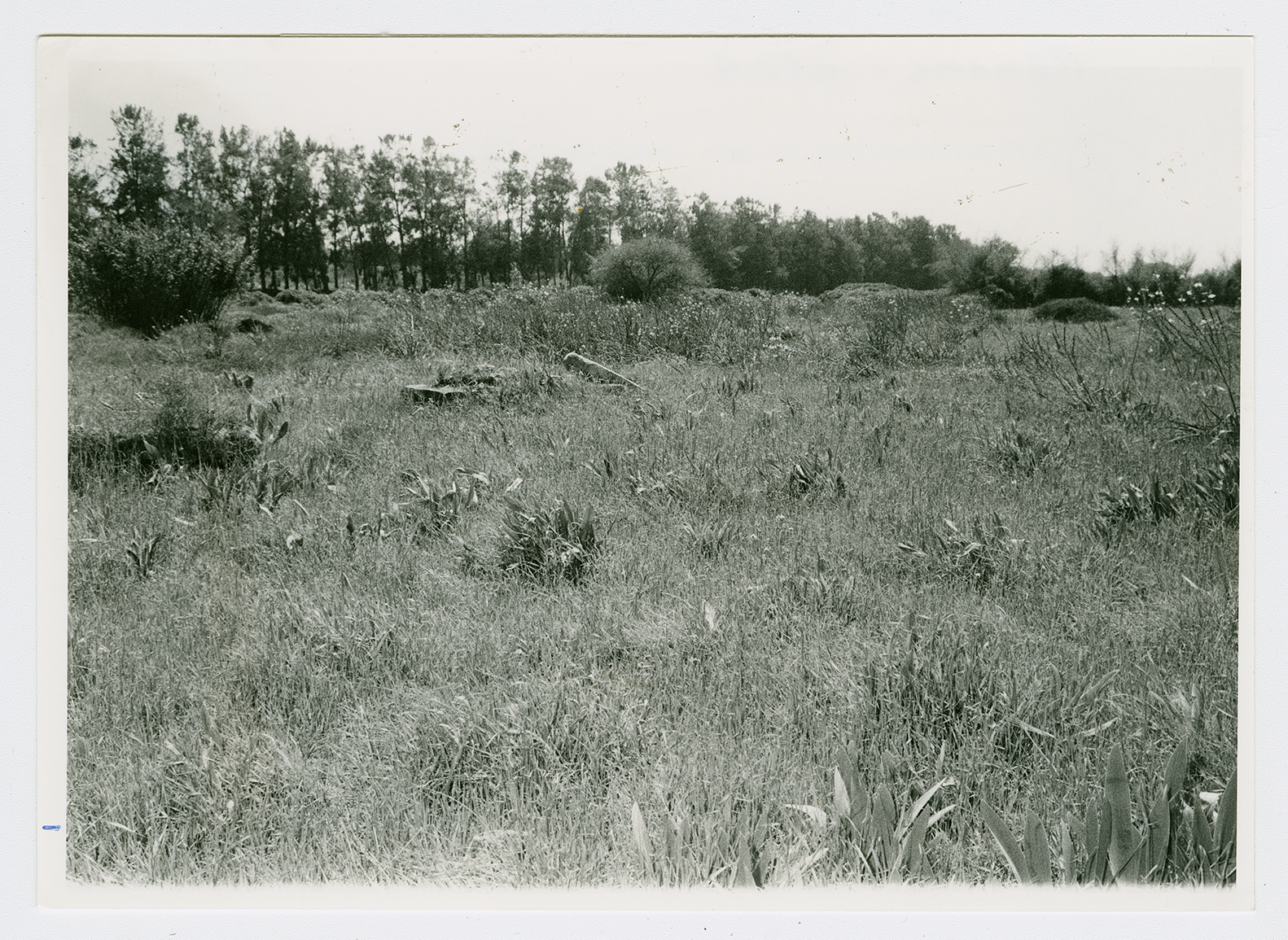 The same grave (previous page) seen from the west.