The village was situated in the low-lying hills that separated the Plain of Haifa from Marj ibn Amir. A wide wadi passed to the west of it and formed the boundary between Hawsha and the village of Khirbat al-Kasayir. Hawsha has been tentatively identified with the biblical town of Hosha, a border settlement of the Israelite tribe of Asher (Joshua 19:29). Hawsha was classified as a hamlet by the Mandate-era Palestine Index Gazetteer and was oriented along an east-west axis. Its houses were clustered together around the village center, where there was a cistern. The residents were Muslim; they shared a cemetery with nearby Khirbat al-Kasayir. The village economy was based on animal husbandry and agriculture. Grain was the primary crop, and was concentrated in the southwestern village lands; a small area in the north was set aside for fruit and olive trees. The site contained a number of ancient ruins which consisted of the foundations of buildings, a maqam (shrine) for a Nabi Hushan, a well, rock-cut tombs, and a mosaic floor.

In mid-April 1948, a fierce battle between the Haganah and the Arab Liberation Army (ALA) centered around this village and the adjacent village of Khirbat al-Kasayir, according to the History of the Haganah. An ALA battalion made up of Druze from Syria and Palestine reportedly took up positions in these villages on 12 April and began to snipe at neighboring Jewish settlements, with the aim of relieving the pressure on their comrades fighting in the battle of Mishrnar ha-Emeq, to the south (see Abu Shusha and al-Ghubayya al-Tahta, Haifa sub-disctrict). Two days later, a unit of the Haganah's Carmeli Brigade attacked the two villages, engaging in hand-to-hand combat. After the Zionists lost the battle, a decision was made to occupy the two villages. As the brigade commander Moshe Carmel later wrote: 'Since these two villages were far from the main roads and from the British area of interest, there was reason to suppose that [the British] would not intervene against us.' Thus, at dawn on 16 April, two companies from the Carmeli Brigade occupied the two villages 'easily,' since they contained only a few guards. ALA forces immediately launched a counterattack that went on for the whole day, and 'the enemy soldiers displayed extreme courage in this battle,' according to the Haganah account. The fighting proceeded at close quarters and was sometimes conducted with knives. The ALA Druze unit was on the verge of winning the battle, when a machine gun delivered to the Zionist forces swung the balance in their favor. The New York Times correspondent wrote that 'many Arabs were killed' in the fighting with the Haganah around the two villages. By nightfall, the Carmeli Brigade had captured both villages and spent the night fortifying their positions there, but the ALA attack was not resumed. The following day the Haganah claimed to the Times that it had killed '130 Druze tribesmen' when it seized Hawsha.

The History of the Haganah states that the outcome of the battle over this village strengthened the position of those members of the local Druze community who called for nonintervention in the war with the Zionists, and 'cleared the way after some time for the participation of Druze fighters in the ranks of the Israel Defense Forces.' It is not clear when the village was depopulated, but this probably transpired as the battle began, if one credits the claim that it was largely empty on 16 April.

The village has been destroyed, and the fenced-in area has been declared an archaeological site. Not one house from the village has been left intact, although parts of the walls of about twenty houses are still standing, and the outlines of windows and doorways in the masonry are visible. A sole palm tree stands on the site, which is otherwise overgrown with cactuses and fig trees. The cemetery lies south of the site and still serves as a burial ground for nearby Bedouin. A maqam (shrine) also lies close by. There is a cypress grove north of the site and an avocado orchard south of it. 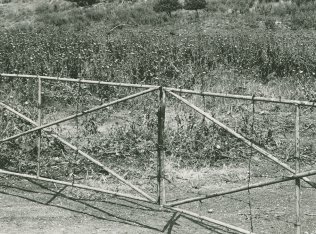 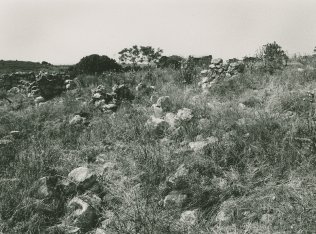 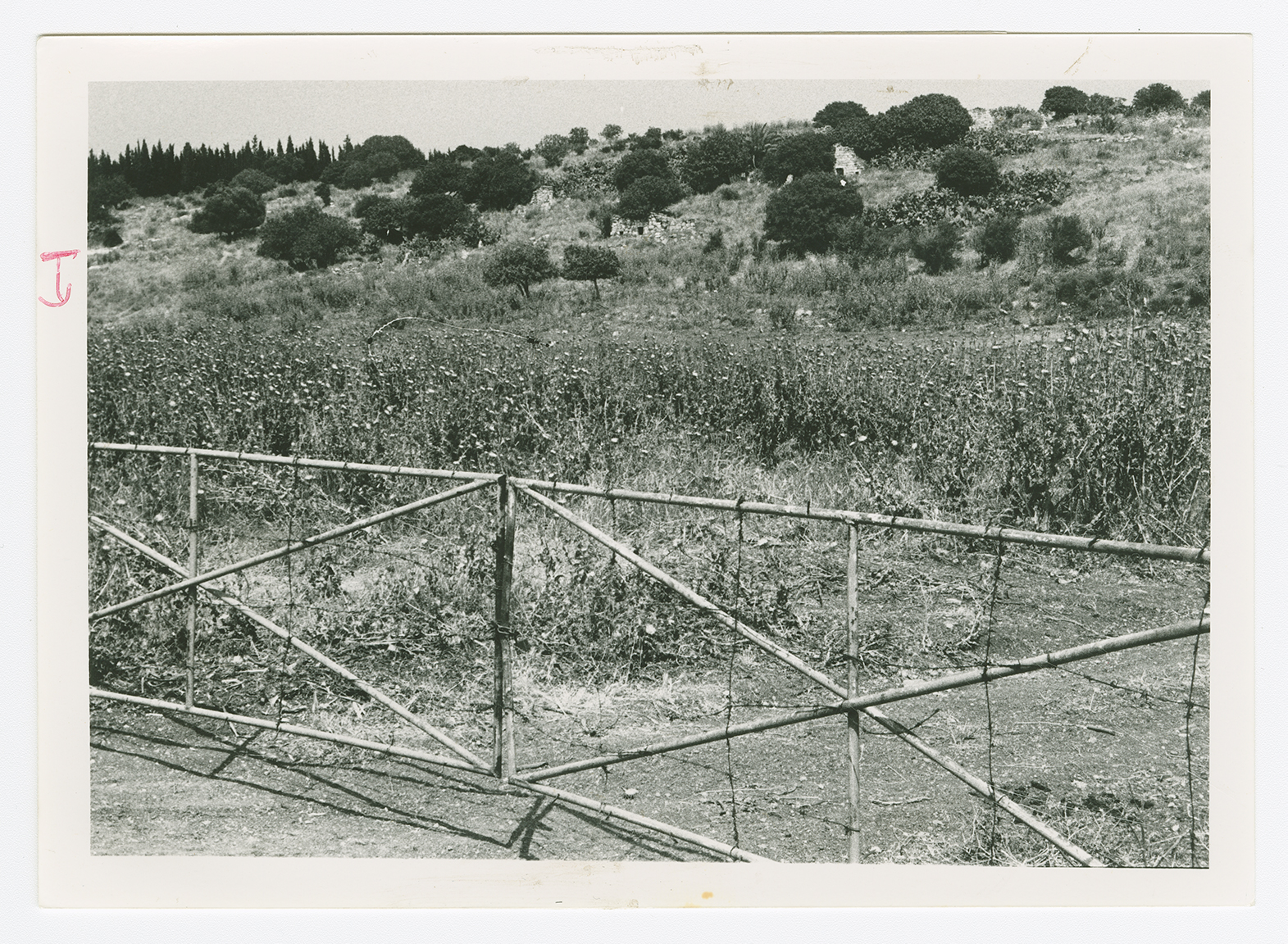 A general view of the village site from the west. 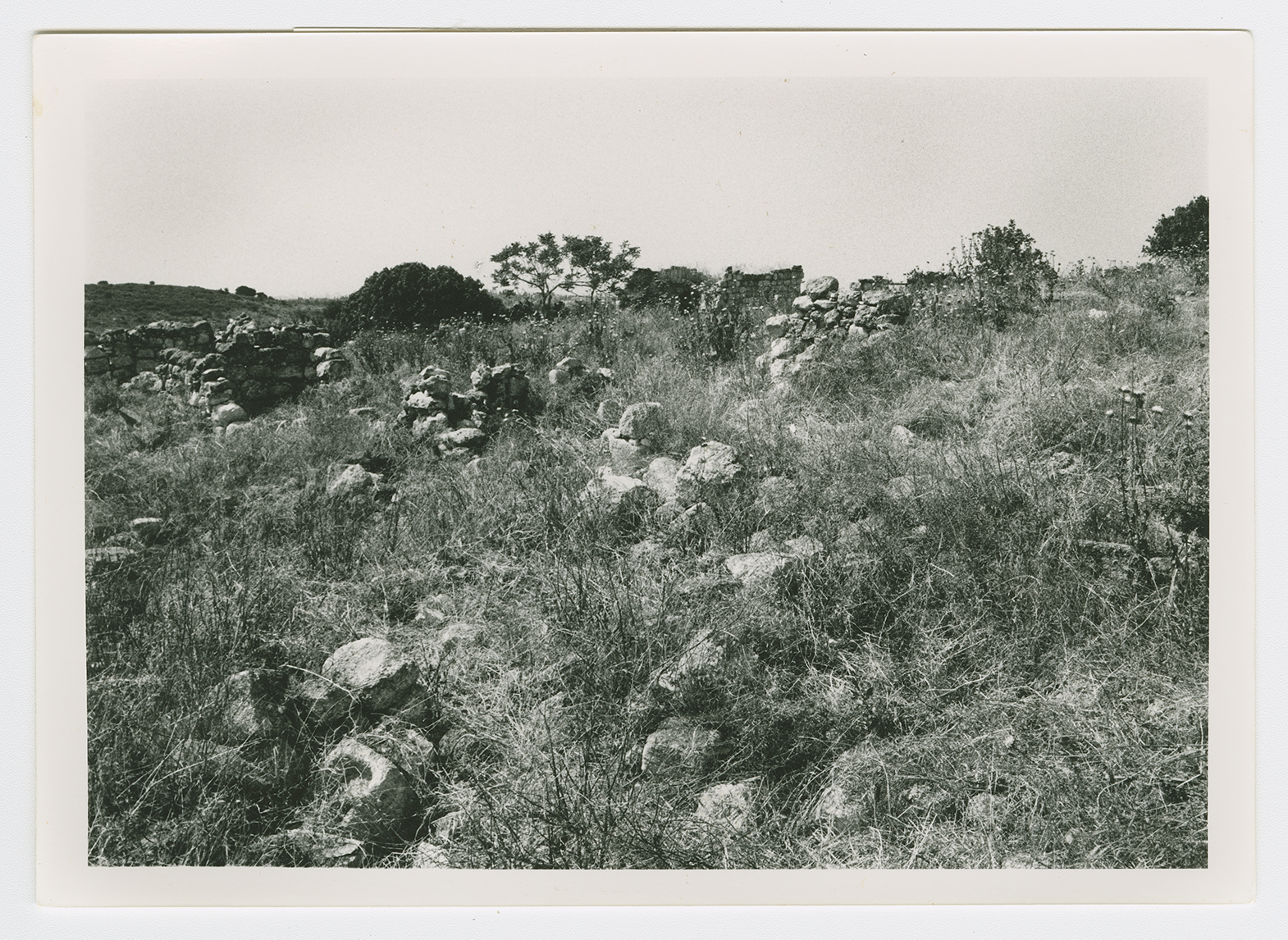 The site showing the remains of the village. View from east to west.