The village was situated on a flat spot in the coastal region. Wadi al-Mufrid, which descended from al-Faluja to the east, cut across its southern and western peripheries. In the twelfth century the Crusaders built a castle, Galatie, in the village, which was subsequently captured by Salah al-Din al-Ayyubi (Saladin). The village was mentioned by the Arab geographer Yaqut al-Hamawi (d. 1228) as Qaratiyya near Bayt Jibrin (see Bayt Jibrin, Hebron District) within the administrative jurisdiction of Jerusalem.

In 1299, the Mamluk sultan al-Nasir Qalawun camped in it on his way to fight the Mongols.

In 1596, Karatiyya was a village in the nahiya of Gaza (liwa' of Gaza) with a population of 253. It paid taxes on a number of crops, including wheat, barley, and fruit, as well as on other types of produce and property such as goats, beehives, and vineyards.

In the late nineteenth century, the village of Karatiyya was situated on an open plain. A ruined tower stood on top of a mound just outside the village.

Karatiyya's modern population was Muslim. The village houses were made of adobe brick, with construction expanding along the al-Faluja–al-Majdal highway, which passed north of Karatiyya. It relied for the most part on the nearby city of al-Faluja for medical, commercial, and administrative services. The village had a mosque and an elementary school, founded in. 1922, that had an enrollment of 128 students in the mid-1940s. Domestic water was supplied from two wells dug within the village. Rainfed agriculture constituted the economic mainstay of the villagers. Their most important crops were grain and fruit from the prickly pear cactus. In 1944/45 a total of 12,928 dunums was allotted to cereals; 321 dunums were irrigated or used for orchards. A small area was planted with fruit trees on the eve of 1948. Karatiyya had a grain mill. It contained a number of khirbas dating from the days of the Mamluks and the Crusaders.

Two operations were launched by the Israeli army's Giv'ati Brigade on the southern front, in the area surrounding the village, during the Ten Days between the two truces of the war. In the second of these, the Brigade tried to link its zone of control with that of Zionist forces in the Negev. Although it failed in this aim, it managed to occupy more territory in the Gaza District, leading to the dispersal of the inhabitants of several Palestinian villages. Karatiyya was one of these villages; it was captured on the night of 17–18 July 1948, just. before the second truce took effect, according to the History of the War of Independence. The units involved were from the Third Battalion of the Giv'ati Brigade and the Ninth Commando Battalion of the Armored Brigade; the latter units 'stormed' the village and occupied it. After that a fierce battle ensued with Egyptian forces, who got as far as the village outskirts. When two Egyptian tanks were on the verge of breaking through the Israeli defenses from the south, a unit equipped with anti-tank weapons 'changed the course of the battle,' according to the Haganah account. Hiding behind a wall of prickly pears, the Israeli unit scored a direct hit on one of the tanks and halted the Egyptian advance. At 7:00 P.M. that same evening, the second truce of the war took effect.

The New York Times correspondent wrote that the capture of Karatiyya 'further bottled up the Egyptians, who were in a vulnerable position at the ceasefire.' However, this Israeli success did not result in forging the desired Israeli link to the Negev, because Egyptian forces occupied other positions just outside the village to block the road southwards. Units of the 'Oded Brigade which were sent to the southern front and based in Karatiyya made an unsuccessful attempt to take those positions in the second half of October. The positions came to be known as the 'Faluja pocket,' later appropriated by Israel as part of the armistice agreement.

Piles of debris are scattered on the site, and a destroyed cemetery (partially hidden among eucalyptus trees) can be seen. An agricultural road runs through it. Grain and alfalfa are grown by Israeli farmers on the site and surrounding lands. 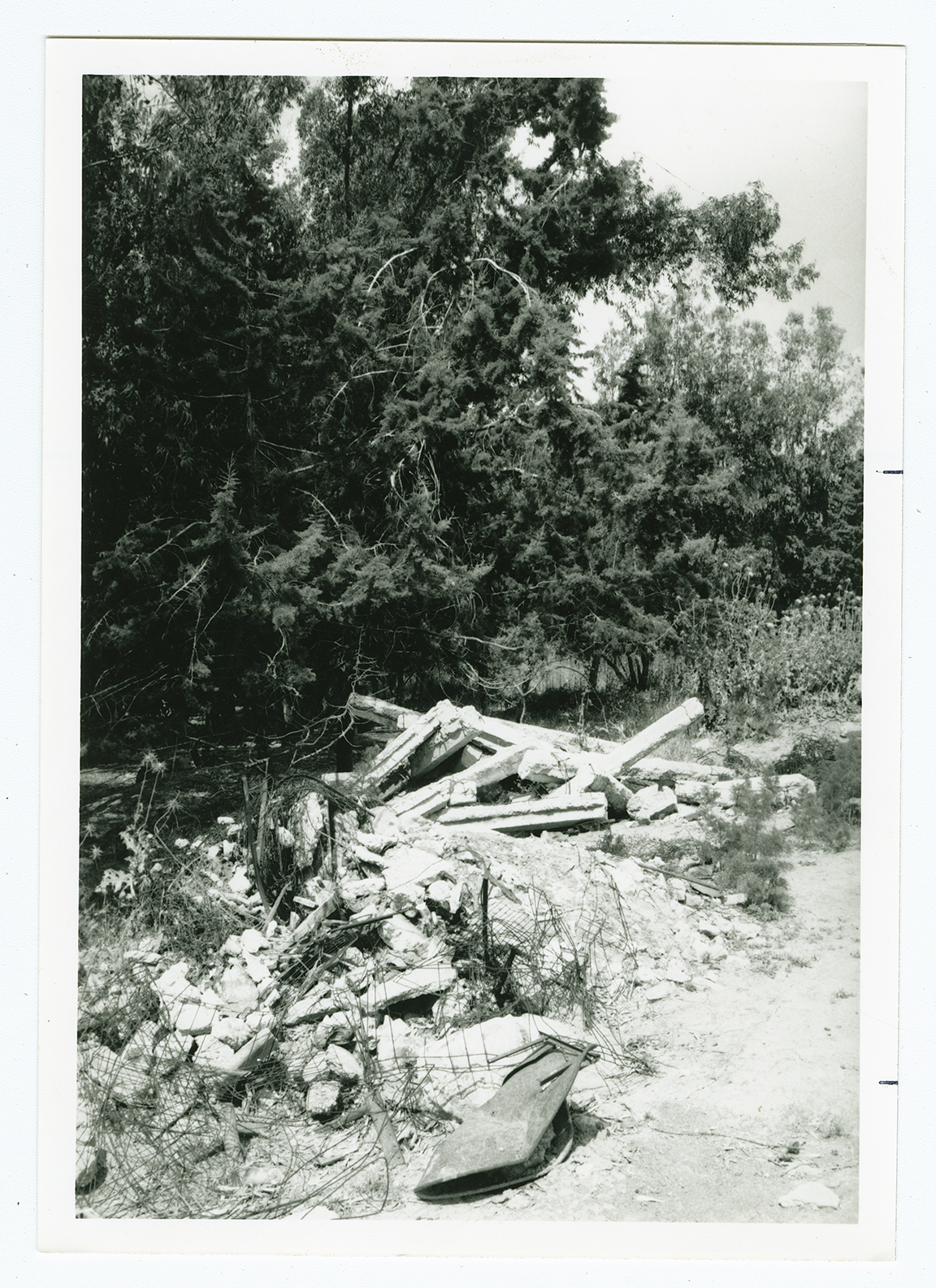 Concrete rubble amidst trees planted on the village site.