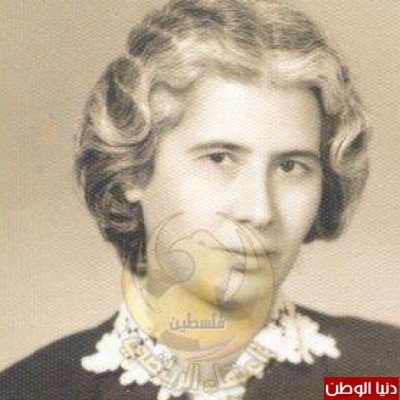 Birth of Yusra al-Barbari in Gaza

Barbari Takes Part in Demonstrations against the Resettlement Projects

Palestinians in Gaza Rise Up Against Resettlement Projects

Barbari Participates in the Protests against the Israeli Occupation of Gaza

Palestinian Delegation at the UN

The Women's Union of Gaza is Founded

Barbari Is a Member of the First Palestine National Council

The General Union of Palestinian Women Is Formed in Jerusalem

Death of Yusra al-Barbari in Gaza

Yusra al-Barbari was born in the city of Gaza. Her father, Ibrahim al-Barbari, was a Gaza merchant and member of the city’s Municipal Council. Her mother was Labiba Mahmud Halawah. She had two brothers: Kamal, an attorney, and Sa‘id.

She attended the Gaza Girls Elementary School and completed her high school education at Schmidt College for Girls in Jerusalem.

She then travelled to Egypt where she enrolled in the Faculty of Arts and the Department of History of Fuad I University (later, Cairo University), where she earned a Bachelor of Arts degree in history in 1949. She was the first female university graduate in the Gaza Strip. She began to work on an M.A. thesis about the struggle of the Palestinian people against British occupation and the Balfour Declaration, supervised by the well-known historian Ashraf Ghurbal, but she did not complete that thesis. She was fluent in Arabic, English, and French.

Her working life began in Gaza, then under Egyptian administration, as a teacher at the Bir al-Sabi‘ Girls Elementary School; she was later appointed teacher and supervisor at the Zahra School, the only secondary school for girls in the Gaza Strip. She became inspector of social studies in girls’ schools where she developed a curriculum for female teacher training, which eventually became the Women Teachers Institute in Gaza. Following the Israeli occupation of the Gaza Strip in 1967, she refused to work in any job under Israeli authority.

Ever since she was a young student, Yusra al-Barbari had taken part in demonstrations against the British Mandate, demanding the annulment of the Balfour Declaration and an end to Jewish immigration. During the years of her secondary school education in Jerusalem, she took part in numerous anti-Zionist and anti-Mandate activities. In Cairo, she participated in a massive demonstration organized by university students to protest the UN Partition Resolution of 1947. Along with other Gazan women she met the stream of Palestinian refugees coming from towns and villages occupied by Israeli forces during the 1948 war, provided them with basic services, taught refugee girls in tents, and took part in the national effort and in demonstrations protesting the scheme, advocated by Israel, to resettle the Palestinian refugees outside Palestine, in the Sinai. She participated in protests of the Israeli occupation of the Gaza Strip in 1956.

She was prominent in the field of sports, taking part in several Arab and international table-tennis tournaments, a sport she mastered. She worked as an administrative official in the Palestine girls’ table tennis team.

In the autumn of 1963 she joined Dr. Haydar Abd al-Shafi and Ibrahim Abu Sitta on the first Palestinian delegation to visit the United Nations and was chosen as a member of the First Palestine National Council, held in Jerusalem in May 1964, at which the Palestine Liberation Organization was established.

She played a prominent role in establishing the Women’s Union of Gaza in 1964 and was elected its president; she attached a workshop for weaving and embroidery. She led the Gaza women’s delegation to the conference which founded the General Union of Palestinian Women, held in Jerusalem in 1965.

When Israel occupied the Gaza Strip for the second time in June 1967, Yusra al-Barbari was the first person to arrive at the homes of political detainees and to offer aid to their families in the name of the Women’s Union. Because of her activities against the occupation, the Israeli authorities in 1974 prevented her from traveling for several years.

She became the executive secretary of the Gaza Red Crescent Society which was set up in 1969 and started its operations in 1972, and then a member of its board of directors. She was also a member of the Veterans’ Society and the Society for the Disabled in the Gaza Strip. In 2005, the Palestine Consultative Council of the Swiss group “League of 1000 Women for the Nobel Peace Prize” (1000 Femmes pour le  Prix Nobel de la Paix) nominated her as one of eight Palestinian women candidates for the award. The Swiss initiative aimed to draw attention to the role played by women in all spheres of life and in bolstering peace in their societies.

Yusra al-Barbari died in Gaza and was given a solemn funeral. She was buried in the Martyrs Cemetery east of Gaza City.  Her death was officially announced by President Mahmoud Abbas and the Executive Committee of the PLO. A memorial service for her was held on 24 June 2009 at the Rashad al-Shawwa Cultural Center in Gaza city, attended by many prominent national figures. When pioneering Palestinian women were singled out to be honored at the opening of the fifth congress of the General Union of Palestinian Women on 21 May 2009, she was honored by receiving the Star of Jerusalem Medal, where the citation read: “In appreciation of her exceptional contributions and her early and distinctive participation in the national and educational struggle.”