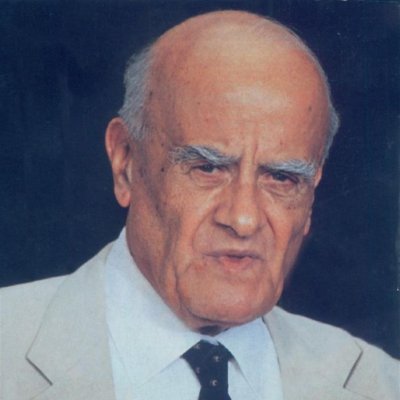 Haydar Abd al-Shafi was born in the city of Gaza. His father was Shaykh Muhiyiddin Abd al-Shafi. He and his wife, Huda Ghalib al-Khalidi, had three sons, Khalid, Tariq, and Salah, and one daughter, Hind.

His elementary education was completed in Hebron schools between the years 1925 and 1927, where his father worked as director of Waqf. He continued his education in Gaza where he completed the second secondary grade. In 1936, he enrolled at the Arab College in Jerusalem, but the college had been occupied before the academic year began by the British army as an act of revenge against the Arabs of Palestine in the wake of the General Strike against Jewish immigration and the policy of the Balfour Declaration. Abd al-Shafi went to Beirut to complete his fourth secondary grade, and then he enrolled at the medical school of the American University of Beirut, graduating in 1943. During his years of study, he joined the society known as al-Urwa al-Wuthqa, which had among its members many Arab nationalists and progressives.

Abd al-Shafi worked for six months at the Government Hospital in Jaffa and then as a doctor in the second brigade of the Arab Legion of Transjordan. Returning to Gaza, he opened his own clinic and in 1945 he took part in establishing a branch of the Palestine Medical Society, headquartered in Jerusalem.

In 1949, Abd al-Shafi moved to the United States to specialize in surgery at the Miami Valley Hospital in Dayton, Ohio, and then returned in 1954 to Gaza, which by then was under Egyptian administration. He worked for a few months in the Tal al-Zuhur Hospital and then reestablished his private practice.

In the autumn of 1956 and winter of 1957, Abd al-Shafi took part in resisting the Israeli occupation of the Gaza Strip, acting as a sort of intermediary between the nationalists, communists, and Islamists active in the Strip. Following the withdrawal of the Israeli forces in March 1957, the Egyptian administration, which was restored to the Strip, appointed him head of the health services and he became ex officio a member of the Executive Council responsible for managing services under the supervision of the general Egyptian administrative governor.

In June 1962, the Egyptian administration decided to form a legislative Council in the Gaza Strip, half of whose members were appointed while the other half were elected. Abd al-Shafi announced his candidacy; he was elected and was chosen as speaker of the chamber. In 1964, he again was elected to the second session of that chamber and was once again chosen as speaker. As speaker, he took part in the sessions of the first Palestine National Council held in Jerusalem in May 1964, when the PLO was created. Ahmad al-Shuqairi chose Abd al-Shafi as a member of the Executive Committee, a post he held for one year.

Shortly after Israel’s occupation of the Gaza Strip in June 1967, Abd al-Shafi, who was then a volunteer doctor at the Shifa’ Hospital, established with other Palestinian figures the Red Crescent Society. He applied for a license for it in June 1969, but only in 1972 did he receive permission to operate. The society then established branches in the provinces of Rafah, Khan Yunis, the center, and the north, and it played an important role in the fields of health and in social and cultural affairs. Abd al-Shafi headed the Red Crescent Society until 2005.

Because of his activities in the nationalist field, the Israeli occupation authorities exiled him in the summer of 1969 to the region of Nakhl in the middle of the occupied Egyptian Sinai desert for three months and then once again deported him on 12 September 1970 to Lebanon. But he returned to Gaza a few months later by decision of Israel’s Supreme Court.

In August 1973, Abd al-Shafi took part in setting up the Palestine National Front as an arm of the PLO in the occupied territories and in establishing the National Guidance Committee in November 1978, made up of mayors and nationalist figures in the occupied West Bank and Gaza Strip, as a response to the first Camp David Accords, which ignored the cause of Palestine.

Following the outbreak of the popular intifada of December 1987 against the Israeli occupation, Abd al-Shafi played a prominent role in encouraging the formation of popular committees and calling upon the nationalist parties to create a single command for the intifada.

Abd al-Shafi headed the Palestinian delegation to the international peace conference in Madrid in late October 1991, and he delivered a speech in which he called for peace based upon the implementation of UN resolutions and the creation of an independent Palestinian state with east Jerusalem as its capital existing alongside Israel. For several months he led the negotiations with the Israeli side in Washington but then resigned from leadership of the delegation in April 1993 in protest against Israel’s refusal to stop building illegal settlements. He was persuaded to return but then again resigned after having learnt of the existence of secret negotiations between the PLO and Israel in Oslo.

In January 1996, Abd al-Shafi ran in the Palestinian Legislative Council elections that took place in the West Bank and Gaza and won the highest number of votes. He was then chosen to head the political committee of the assembly but he resigned in 1998 in protest of what he described as the Palestinian Authority’s negligence in ending the corruption in the authority’s institutions and the lack of a separation of powers within the authority.

When the second intifada broke out in late September 2000, Abd al-Shafi supported it but refused to condone its militarization and called for the creation of a unified command for it. In 2002, he took part in creating the Palestinian National Initiative Movement and was chosen as its Secretary-General. Among its most salient goals was “to advance the Palestinian people to freedom and independence” and “to achieve justice, honesty and decent living for the Palestinian citizen.” It also supported the national struggle “to end occupation and the settlements, establish the democratic and independent state of Palestine over all lands occupied in 1967, and protect the right of return for Palestinian refugees.”

Abd al-Shafi was a member of Birzeit University’s Board of Trustees, and he occupied various administrative posts in the Maqasid Benevolent Society in Jerusalem, the Arab Thought Forum in Jerusalem, the Democracy and Workers’ Rights Center, the Palestinian Non-Governmental Organizations Network (PNGO), and the Independent Commission for Citizens’ Rights (renamed in 2007 the Independent Commission for Human Rights).

On 8 April 2007, President Mahmoud Abbas awarded him Palestine’s Star of Distinction Medal, in recognition of his prominent role in the struggle and his distinctive contributions in serving the Palestinian people.

Haydar Abd al-Shafi died in Gaza on 25 September 2007, after a long illness. Thousands of Palestinians came out for his funeral, including representatives of nationalist and Islamist organizations, civil society figures, and local and international human rights groups. He was buried in the Martyrs Cemetery, east of Gaza City.

Following his death, his name was given to two roundabouts in the cities of Gaza and Ramallah and to the medical school in al-Azhar University (Gaza), which became The Dr. Haydar Abd al-Shafi Faculty of Oral and Dental Medicine. PNGO opened a public library in Gaza and gave it his name, and The Haydar Abd al-Shafi Center for Culture and Development was also established. In 2007, a Palestinian film director produced a documentary about him called “An Unfinished Life.”

Haydar Abd al-Shafi was one of Gaza’s most prominent leaders and a symbol of the Palestinian nationalist movement. He was a man of great honesty, uprightness, credibility, and courage in stating his beliefs. He was focused on the concerns of his nation and was particularly interested in culture and education, and called for respect of the law and of human rights. He constantly advocated national unity, reform, and democratic practice in the PLO and the various institutions of the Palestinian Authority.

[The Problems of Palestinian Nationalist Action: National Unity and the Formation of Decisions]

[The Importance of Elections in the History of the Palestinian People]

Exhilaration of Revolt, Promise of Freedom

Speech of Haydar Abd al-Shafi at the Madrid Conference