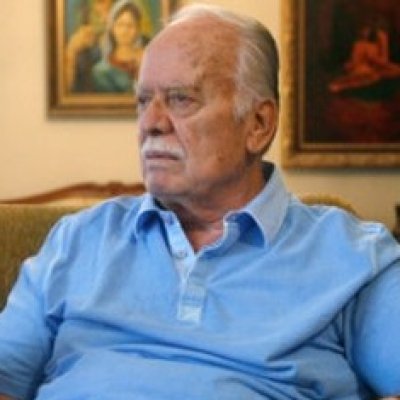 Shafiq al-Hout was born in Jaffa on 13 January 1932 to a Palestinian family of Lebanese origin. His paternal grandfather, Salim Yousef al-Hout, had immigrated from Beirut to Jaffa as a merchant and settled in Palestine after marrying a Palestinian woman. Salim’s son Ibrahim and his wife, Tuhfa, had one daughter and five sons, including Shafiq. One of their sons, Jamal, was killed during the battles that took place between the Palestinian Arabs and the Zionist forces in 1948. Shafiq married Bayan Ajaj Nuwayhed; they had one son, Hader, and two daughters, Hanine and Serene.

Shafiq al-Hout attended al-Manshiyya Primary School in Jaffa and then completed his secondary education at al-Amiriyya School in Jaffa in 1948. He and his classmates, including Ibrahim Abu-Lughod, formed a Palestinian student union.

On 24 April 1948, al-Hout was forced to migrate to Lebanon along with his family on board a Greek ship named Dolores. He enrolled in the Faculty of Medicine at the American University of Beirut (AUB) for the academic year 1948–49.

At AUB, he and some friends tried to establish a Palestine Club and submitted their registration request to the Lebanese Interior Ministry, which ignored their application; they also presented their proposal to Hajj Muhammad Amin al-Husseini, head of the Arab Higher Committee for Palestine, but he was not enthusiastic about the idea. As a result, the project never came to fruition. Then, in collaboration with friends, al-Hout co-founded the Palestinian Displaced Persons Congress as a secret society, which made visits to the refugee camps in Lebanon to organize the uprooted Palestinians.

At AUB, al-Hout found himself closer to the communists than to the Arab nationalists and Baathists, so he became part of their circles and was registered on their electoral roll, which led to his arrest for the first time during the 1950–51 academic year. He was released after one week, but the university administration decided to suspend him for one year, so he worked in a soap factory, then in the amusement park in Beirut’s Raouche neighborhood, and wrote homework assignments for well-to-do students who were not academically inclined.

The Lebanese authorities re-arrested al-Hout in early 1951. He was sentenced to three months imprisonment and sent to al-Raml Prison, and a presidential order was issued to deport him from Lebanon. His family successfully blocked the deportation order from being carried out, and he was released from prison in April 1951, but the sword of surveillance and prosecution remained hanging above his head until 1955, when he was able to obtain a court order that gave him the right to regain Lebanese nationality, on the basis of his grandfather’s Lebanese origin.

Meanwhile, al-Hout resumed his studies at the Faculty of Sciences at AUB because the administration would not allow him to continue at the Faculty of Medicine. He graduated in 1953 with a Bachelor in psychology degree.

After graduation, al-Hout taught at the Ali ibn Abi Talib secondary school run by the Makassed Islamic Association in the Ashrafiyya neighborhood until 1956. During that time, he was introduced to Salim al-Lawzi, editor-in-chief of al-Hawadith [Events] magazine, and began publishing articles in it.

In 1956, he moved to Kuwait to teach at the Abu Bakr al-Siddiq school, but returned to Beirut just two years later in the summer of 1958 to join the staff of al-Hawadith as an editorial assistant. After al-Lawzi was harassed by the authorities and forced to seek refuge in Damascus because of political differences with the then Lebanese president Camille Chamoun, al-Hout assumed responsibility for running the magazine’s publication. Working at al-Hawadith, where he remained until 1964, provided him with the opportunity to get acquainted with politicians, party leaders, union officials, and arts and culture professionals. He succeeded in transforming the magazine from a mainly socialite and arts-oriented magazine into a political magazine close to the Nasserist current.

Along with a number of his friends, including Khaled al-Yashruti and Abd al-Muhsin Abu Maizar, al-Hout had taken the initiative to form a Palestinian organization that would fight for the liberation of Palestine. However, this initiative, which al-Yashruti and Abu Maizar had abandoned, had no success until 1963, when the Palestine Liberation Front was created, and the first issue of its journal Tariq al-ʿawda (The Road to Return) was published. The front’s principles and program were laid out by Niqula al-Durr, Samira Azzam, and al-Hout. Branches of this front quickly sprang up in the Gaza Strip, Syria, Kuwait, Egypt, Algeria, and even in the United States.

In Beirut, al-Hout was introduced to Khalil al-Wazir (Abu Jihad) in 1963, through his friend the Palestinian artist Ismail Shammut, and then in the same year he met Yasir Arafat at the office of al-Hawadith. Later on, discussions took place to achieve unity between the Fatah movement and the Palestine Liberation Front–the Road to Return, which were unsuccessful.

In late May 1964, al-Hout participated in the Palestine Congress held in Jerusalem, which turned into the Palestine National Council (PNC) of the Palestine Liberation Organization (PLO). In November of that year, a resolution was adopted by the PLO’s Executive Committee to appoint him as a representative and director of its bureau in Lebanon, which was the first bureau of the PLO in an Arab country. At this point, al-Hout decided to leave journalism and devote himself to political work full-time.

During the third session of the PNC, held in Gaza City in May 1966, al-Hout was appointed to the Executive Committee of the PLO. He would become one of the committee members who differed with (then) PLO Chairman Ahmad al-Shuqairi the following year, especially after the latter created a “revolutionary command council,” which he wanted to use to bypass the Executive Committee of the organization.

On 17 February 1967, an attempt was made to assassinate al-Hout at the entrance to his home in Beirut. He was subsequently subject to repeated assassination attempts.

Al-Hout represented the PLO at the meeting of the Arab foreign ministers that was held in Khartoum in early August 1967 and was charged with preparing the agenda of the Arab summit that was convened in the same city from 29 August to 1 September. He was also a member of the Palestinian delegation to that summit headed by al-Shuqairi. While in Khartoum, he also met with Egyptian president Gamal Abdel Nasser, whom he had met for the first time in May 1962.

With the emergence of the Palestinian movement after the 1967 war and the recomposition that took place within the resistance organizations, al-Hout and his comrades decided in the summer of 1968 to dissolve the Palestine Liberation Front and to stop publishing Tariq al-ʿawda. From that period on, through his position as the head of the PLO bureau in Beirut, al-Hout played a prominent political role in all the major events related to the Palestinian presence in Lebanon, from the Cairo Agreement of 1969 to the civil war that broke out in 1975, and later the Israeli invasions of Lebanon in March 1978 and June 1982.

Al-Hout was the spokesman of the PLO delegation that traveled to New York in November 1974 when Yasir Arafat addressed the United Nations General Assembly. Later, he accompanied Farouk al-Qaddoumi, head of the PLO’s political department, several times to participate in the sessions of the General Assembly. In 1976, he visited the US Congress and held talks with some of its representatives and attended several international conferences as the PLO’s representative.

In September 1991, the twentieth session of the PNC elected al-Hout to the Executive Committee of the PLO. However, he resigned from the committee in protest at the signing of the Oslo Accords in September 1993 and became one of the most vocal opponents of the political orientation adopted by the PLO leadership and its decision-making mechanisms.

Al-Hout died in Beirut on 2 August 2009 after a short battle with cancer and was buried in the Palestine Martyrs’ Cemetery. Palestinian president Mahmoud Abbas eulogized him as one of the core group that founded the PLO as well as a former member of its Executive Committee, and awarded him [posthumously] the Star of Honor medal.

Shafiq al-Hout is remembered as a stellar journalist and writer as well as an important political figure, who participated in founding and leading the PLO and played a role in the watershed phases of the Palestinian struggle for national liberation. He stood as a veritable bridge between Lebanon and Palestine. He realized the importance of the Lebanese–Palestinian relationship and stood up to every transgression or offense that could harm it. He always called for understanding the suffering of the Palestinian people, to whom he belonged. He was known for his integrity, for being morally upright, and for not wavering from his positions. Edward Said called him “the man who is incorruptible.”

My Life in the PLO: The Inside Story of the Palestinian Struggle. London: Pluto Press, 2010.

[The Palestinians between Lost Wandering and their State. Beirut, 1977]

[Between Homeland and Exile: From Jaffa Commenced the Journey. Beirut, 2007]

Khalifeh, Ahmad and Mahmoud Soueid. “Arafat and the Journey of the Palestinian Revolution: An Interview with Shafiq al-Hout.” Journal of Palestine Studies 39, no.1 (Autumn 2009): 45-57.