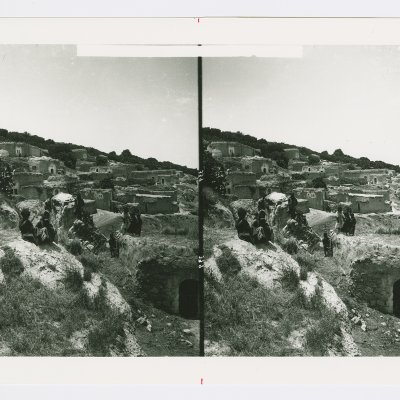 The village was situated on the lower, northeastern slopes of Mount al-Dahi, facing north and overlooking the plain of Marj ibn 'Amir. Indur lay a few km from a highway that led to Tiberias and Nazareth; the pipeline of the British-owned Iraq Petroleum Company (IPC) passed 0.5 km north of the village. The village name probably preserved that of the Canaanite town of 'Ayn Dur (Endor), 'spring of the sanctuary,' which is mentioned in the Bible as the place where Saul consulted a soothsayer before going into battle against the Philistines (1 Kings 28:18–25). The ancient town may have been located on the site of Indur itself or on that of Tall al-'Ajjul (185226) or Khirbat al-Safsafa (187227), two nearby khirbas. The Crusaders called it Endor. In 1596, Indur was a village in the nahiya of Shafa (liwa' of Lajjun) with a population of twenty-two. It paid taxes on a number of crops, including wheat, barley, and olives, as well as on other types of property such as goats and beehives.

In the late nineteenth century, Indur was a village built of adobe bricks and situated against a steep hillside. Several small caves were located above the village (see photo).

A prominent son of the village was Shaykh Tawfiq Ibrahim, one of the leaders of the 1936–39 rebellion against the British. He was an associate of Shaykh Izzeddin al-Qassam, the Muslim preacher from Haifa (born in Jabla, south of Latakiya) whose death in action against British forces in 1935 triggered the rebellion in the following year.

Indur consisted of a string of houses that curved back and forth in conformity with the contours of the site. Its houses were made of stone and cement or stone and mud. Its population was Muslim, with the exception of one Christian. An elementary school (in which children from the neighboring village of Nin were also enrolled) was established under Ottoman rule but was closed by the British Mandate government. Grain cultivation constituted the main component of the village economy. In 1944/45 a total of 24 dunums was devoted to citrus and bananas and 9,864 dunums were allotted to cereals; 394 dunums were irrigated or used for orchards, of which 180 dunums were planted with olive trees. The villagers also engaged in animal husbandry. The presence of rock-cut cisterns, silos, and tombs, as well as abandoned houses, the ruins of which were close to the village's inhabited dwellings, indicated that the site had been occupied for a long time.

Israeli historian Benny Morris reports that the village was occupied on 24 May 1948; the villagers of Indur may have left as a result of a military assault and under the influence of the fall of the neighboring town of Baysan. Although most of the Baysan Valley had been conquered by the Haganah before 15 May, the Golani Brigade went on 'cleansing and defending' the area until early June.

There are no Israeli settlements on village land. The settlement of Davrat (183228) is close by, due west of the village site. It was founded in 1946 on the boundary between the lands of Indur and those of the village of Dabburiyya (185233).

Many partially ruined walls still stand on the village site. Date, doum palm, fig, and almond trees grow on the village lands (see photo). The surrounding flat lands are cultivated by Israelis and the hilly lands serve as grazing areas. 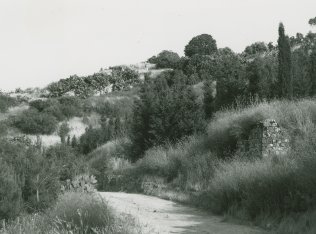 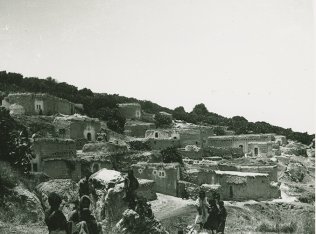 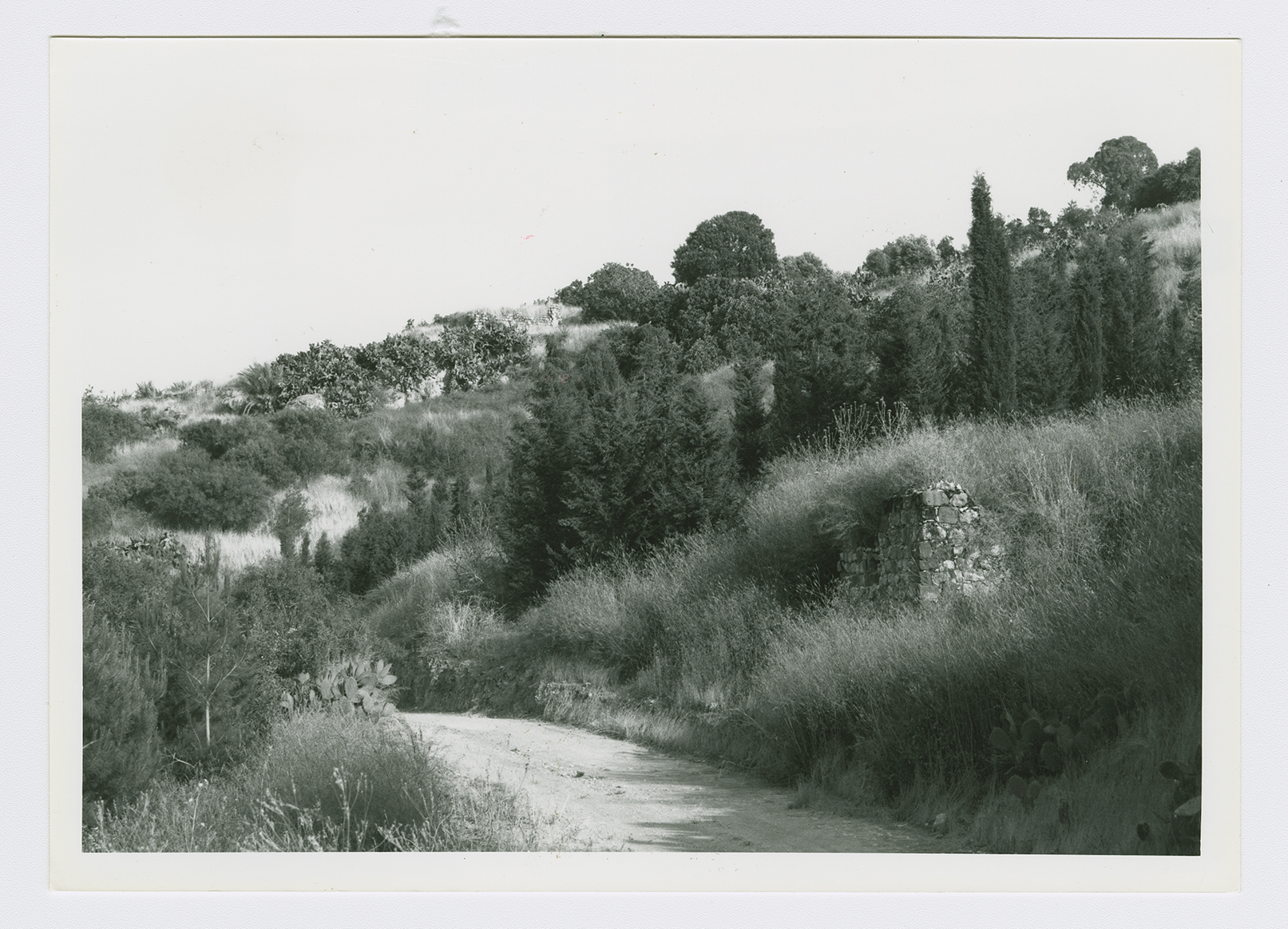 A view from the northwest of the sloping village site, with the remains of house walls, cactus, cypress and olive trees. 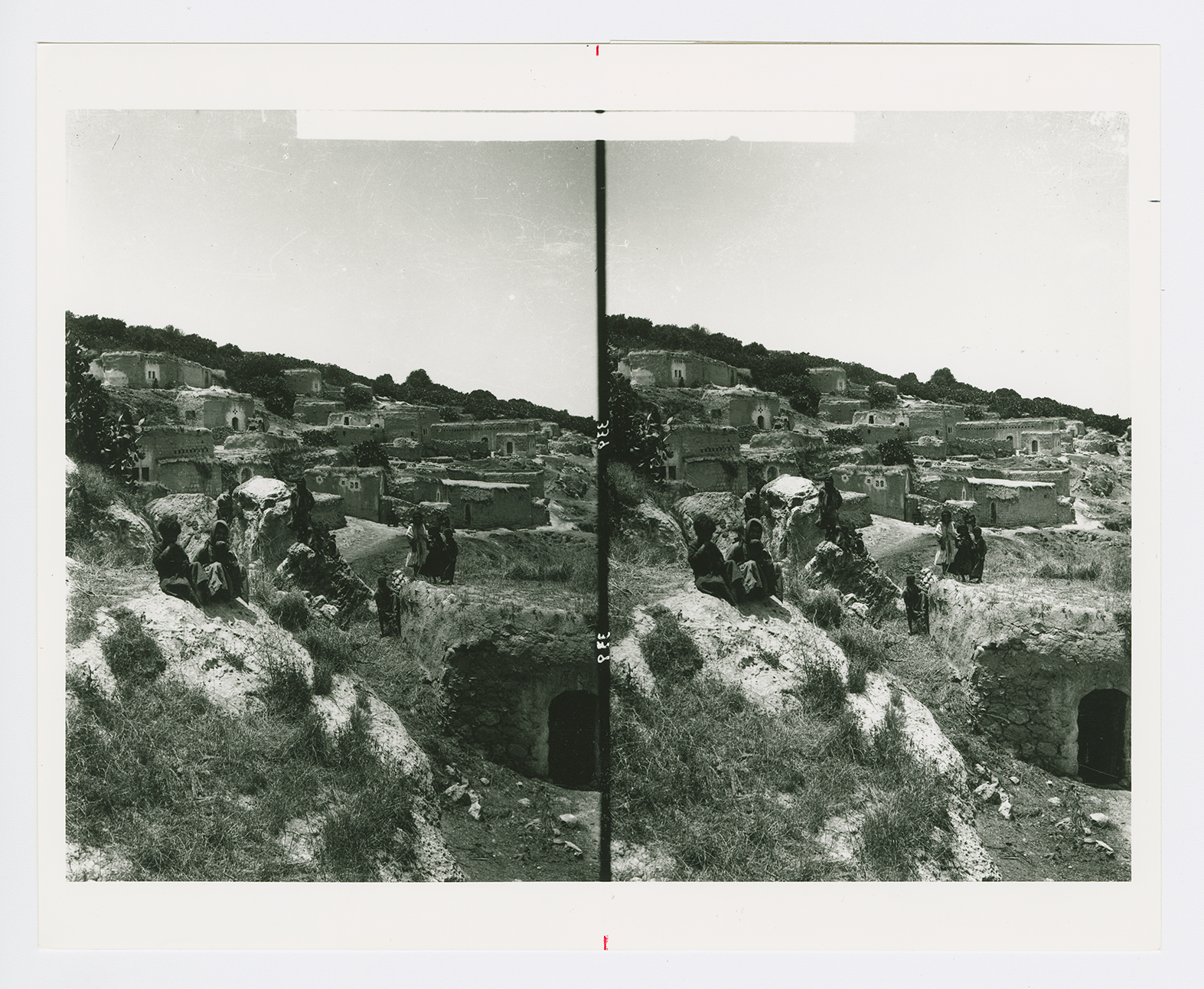 A view of Indur.