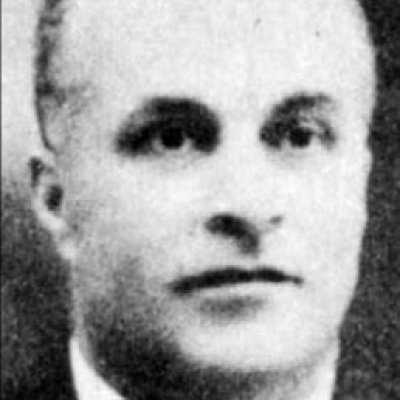 Omar al-Saleh al-Barghouti was born in the village of Deir Ghassaneh, north of Ramallah. His father was Mahmoud al-Saleh; his mother was Safiyya, the daughter of Mustafa Mazhar al-Tamimiyya al-Barghouthiyya. He had one brother, Abd al-Hafiz. He and his wife, Suhayr al-Barghouti, had a son, Jamil.

He began his elementary school education in the traditional (kuttab) village school. His father then enrolled him in the French-Jewish school in Jerusalem affiliated to the Alliance israélite universelle, then in the Collège des Frères, followed by St. George’s School. Eventually he completed his education in the Maktab Sultani in Beirut.

With his education concluded, Barghouti returned to Deir Ghassaneh where he founded The Arab Society, a nationalist organization; it had branches in a number of nearby villages. He also attempted to establish a girls school in his village.

During World War I he volunteered to serve as a clerk in the army recruitment center in Jerusalem to avoid induction into the army and being sent far away from his homeland.

In 1919, Barghouti became active in the national movement opposing British rule when he was elected a member of the administrative committee of the Muslim-Christian Association in Jerusalem, representing the villages of the Jerusalem district. The British exiled him to Acre where he was held under house arrest for having taken part in a demonstration in April 1920 in Jerusalem.

Barghouti contributed to the editing of the newspaper Mir’at al-Sharq, founded by Boulos Shehadeh, and he joined the Palestine Oriental Society where he lectured in English on Palestinian folklore and traditions and contributed articles to the Society’s journal.

Barghouti was an opponent of the leadership of Haj Amin al-Husseini and took part in the 8 November 1923 conference in Jerusalem at which the Arab National Party was founded. However, the policies of this opposition party were based on the same general principles as the national movement led by Haj Amin, and this led to the collapse of the party soon after it was established.

Barghouti enrolled in the Palestinian law school known as the Jerusalem Law Classes and graduated in 1924. He then opened an office and began to practice law.

In 1928, he was a founding member of the Congress of Muslim Clubs, and in the same year he participated in the sessions of the seventh Arab Palestinian Congress, where he was elected a member of the executive committee that issued from that congress. In the early thirties, he founded a Muslim-Christian association in the Ramallah region and became its president.

In May 1930, Barghouti contacted the British technical commission of inquiry headed by Sir John Hope Simpson, which had arrived in Palestine to study the conditions of Arab peasants and the effect on them of Jewish colonization. He accompanied the commission’s chairman on tours of the Ramallah, Jericho, and Bethlehem districts. While the Pan-Islamic Congress was in session in Jerusalem in December 1931, Barghouti took part in a conference of the opposition called the Conference of the Palestinian Islamic Nation where he delivered an impassioned speech calling for an end to the Mandate, the renunciation of the Balfour Declaration, and an end to Jewish immigration.

Between 1933 and 1948, he was a lecturer at the Jerusalem Law Classes in civil law; he became a member of its board of trustees.

After the General Strike was launched in 1936, he served on a lawyers’ committee within the National Committee that was established in Jerusalem in early May. Barghouti who had provided free legal defense of the detainees of the al-Buraq Disturbances in Jerusalem, Hebron, and Safad in 1929, defended in 1936 the detainees from the Qassam jihad group. Some of his clients were Palestinian communists who were put on trial.

Barghouti believed in a policy of “take and demand”: he was among those who in May 1939 called for acceptance of the White Paper issued by the British government, which proposed limits on Jewish immigration and the transfer of lands to them, and suggested the possibility of an independent state in Palestine within ten years. (The White Paper was rejected by the nationalist movement, headed by Haj Amin al-Husseini, because Britain had made it a condition that both parties should agree to the establishment of the proposed independent state.)

Barghouti was a member of the Palestine delegation to the First Congress of Arab Lawyers held in Damascus in August 1944 and was elected to the legal and scientific committees of the congress.

In the years prior to the Nakba, Barghouti was allied to Musa Alami and in 1946 supported Alami’s project known as the Arab Development Society, which aimed to save Palestinian land from falling into Zionist hands by improving the economic and social level of Palestinian peasants, upgrading the condition of the land, and increasing its productivity.

After the Nakba, Barghouti first sought refuge in Egypt; he moved to Amman in 1949 and then moved again to Ramallah, where he lectured on historical and literary subjects in the Jerusalem Radio Station. In 1952, he was appointed to the Jordanian Senate, and in 1954 he was elected a deputy in the Jordanian parliament and chairman of its legal committee. In 1955, he was appointed Minister of Education in the Kingdom. He remained only a short time in that post but resigned in protest of the scheme to get Jordan to join the Baghdad Pact. He remained a deputy until the king dissolved parliament in June 1956.

In 1956 Barghouti travelled to Cairo to attend the Congress of Arab Lawyers and had the chance to meet President Gamal Abdel Nasser in a private interview. He also met the secretary-general of the Arab League, Abd al-Khaliq Hassuna.

Omar al-Saleh al-Barghouti died in Jerusalem and was buried in the Bab al-Sahira cemetery.

Barghouti was a dedicated and sincere nationalist of long standing who lived through the Ottoman, British, and Jordanian periods, in each of which he was active in the public sphere and well known for his earnest commitment. He was also a noted orator and an attractive personality who was fluent in both English and Turkish, and was an ardent advocate of girls’ education in the countryside and of the unveiling of women. He had a wide network of friends who were Arab and foreign politicians.

A memorial service was held in his honor at the Friends Boys School in al-Bireh on 13 August 1965, attended by a very large audience and many politicians, historians, and writers.

[The History of Palestine (with Khalil Totah)]