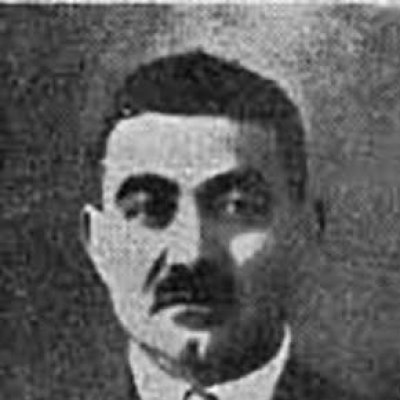 Boulos Shehadeh was born in Ramallah. He had two brothers, Niqula and Salim. He married Mary Sarrouf and had three children: two sons, Aziz and Fouad, and one daughter, Najla.

Shehadeh was educated in the Zion College in Jerusalem, where he obtained his high-school diploma. He then continued his higher education in the Shabab College (later renamed the English College), where he studied Arabic language with the famous teacher Nakhla Zurayk. He became proficient in both Arabic and English. After completing school, he became a correspondent for several Arabic newspapers and began publishing a column titled “Thorns and Flowers” [Ashwak wa zahr] in the Beirut-based newspaper Lisan al-hal [The Mouthpiece].

After his graduation, Shehadeh taught at the Orthodox School in Gaza, then at the Orthodox School in Haifa, where he became principal. In 1907, the Ottoman authorities ordered his arrest and reportedly sentenced him to death because he demanded the overthrow of Sultan Abd al-Hamid II. He traveled to Gaza in disguise, and his Gazan friends managed to smuggle him to Cairo. There he worked as journalist and began writing articles in the periodicals al-Zuhur, al-Muʾayyad, al-Muqattam, and al-Hilal. He also wrote articles on education that were published in the journal al-Muqtataf [The Digest].

Like other Arab intellectuals, Boulos Shehadeh returned to Palestine after the restoration of the Ottoman constitution in 1908 and was active in the press and as an educator. He also joined the Committee of Union and Progress. He was appointed as a teacher in the Orthodox School in Bethlehem and then he became its principal until 1914, when World War I erupted. In that year, he was appointed as a clerk in the Ottoman army in Bir al-Sabi‘ and then as a pharmacist’s assistant to his brother, Dr. Niqula Shehadeh, the Jenin municipality’s official physician and the head of the military hospital there.

Starting in the late 1910s, Shehadeh played an active part in the Palestinian national movement. In addition to launching the newspaper Mirʾat al-Sharq [Mirror of the East] in Jerusaleme (17 September 1919), he participated in the first Palestinian Arab congresses and then participated in 1923 in the founding of the short-lived Arab National Party, initiated by Shaykh Suleiman al-Taji al-Faruqi. The party’s members, including Shehadeh, became close to those opposing the Supreme Muslim Council and the executive committee of the Palestinian Arab Congress. In 1934, Shehadeh was a founding member of the National Defense Party, which was a rival of the Palestine Arab Party that supported the mufti of Jerusalem, Muhammad Amin al-Husseini.

As to the Mirʾat al-Sharq, it was a four-page long weekly political newspaper whose motto defined its mission as guiding its reader to "the sensible courses of action that he should pursue in handling his social affairs" and to guide him “to the right strategies that he must adopt to redress his economic welfare, so that our nation may be revived and join the ranks of the advanced nations." In 1920, the newspaper became biweekly, and its fourth page was devoted to publishing articles in English. It remained biweekly until 1925, after which it became a twelve-page weekly. A large number of prominent Palestinians were participating editors when it was in print, including Ahmad al-Shuqairi, who was appointed editor-in-chief in 1928; Akram Zuayter, who became editor-in-chief in 1930 for three months, until he was arrested and exiled to Nablus; and Omar al-Saleh al-Barghouti, who wrote a column in it. Mirʾat al-Sharq was shut down several times by the British authorities, and in 1939 they decided to discontinue it permanently for publishing a poem exhorting people to rebel against Mandate policies.

Mirʾat al-Sharq was known for its support of the "take and then demand more" principle. It called upon the Palestinian national movement to adopt a gradualist strategy in its struggle and to clarify its position on the future of the Jewish minority in Palestine. As its owner, Shehadeh stood out for his boldness in criticizing the mistakes made by the nationalist movement’s leaders. He warned of the dangers of religious intolerance and of the dark fate that lay in store for the Arabs of Palestine if they did not carry out an "intellectual revolution" that relied first and foremost on the younger generation. His wife, Mary Sarrouf, wrote newspaper articles on educational and social matters related to women and the family, where she stressed the need for Palestinian women to organize and mobilize their capacities. She was considered one of the pioneers of Palestinian women journalists, along with writers such as Sadhij Nassar and Asma Tubi.

Boulos Shehadeh also composed poetry and translated poetry from English into Arabic, some of which were published in al-Nafaʾis [Gems] magazine. He also dramatized a novel from English into Arabic as a play titled Hassan. The proceeds from its performance were donated to the Bethlehem National School in the name of its founder, Madam Ratiba Shuqair.

Shehadeh passed away in Jerusalem in August 1943 and was buried in Ramallah’s main cemetery.

Boulos Shehadeh was a writer, poet, and educator as well as one of the most famous Palestinian journalists in the British Mandate period. He participated in the Palestinian nationalist movement in the period between the two world wars in several roles. He tended to taking moderate positions and was a proponent of the principle of “take and demand.”

[Khalil Totah and Boulus Shehadeh. A History of Jerusalem and Its Guide]