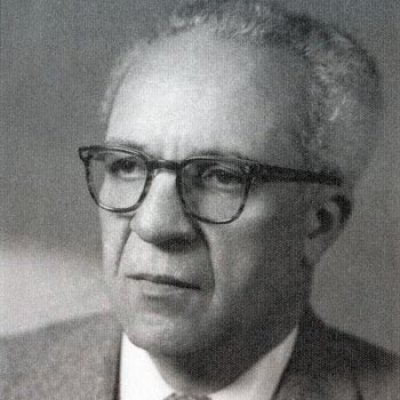 Qadri Tuqan was the son of Hafiz Tuqan and the nephew of Abdel Fattah Tuqan. His cousins, Ibrahim and Fadwa, were poets of national stature. He received his primary and secondary education at al-Najah Public School in Nablus. He graduated in 1924 and enrolled at the American University of Beirut in the Faculty of Sciences, where he graduated with a BA in mathematics in 1929.

After returning to Nablus, Tuqan was appointed as a mathematics teacher in al-Najah School. He pursued his interest in studying the history of science in the Arab world and became one of the few Arabs with recognized expertise in the field.

He began to be politically active in the nationalist struggle against British colonialism in the early 1930s. In 1936, he was arrested by the British Mandate authorities, who deported him to al-Hafir in the Negev and then to Sarafand prison camp, south of Haifa, for nine months. He returned to Nablus and continued teaching at al-Najah, where he later became principal.

Tuqan was known as a committed intellectual who believed that Palestinian intellectuals must play a major role in the affairs of their society and cultivate “a patriotic young generation with an imbued love of its homeland, one who knows how to serve it and believes in working to help it stand on its own feet.”

Tuqan challenged the Zionist claim to Palestine; when university professors and schoolteachers in the United States submitted a petition to President Franklin Roosevelt after the end of World War II asking for the door to be opened to Jewish immigration to Palestine, Tuqan responded to them. He addressed them in his capacity as a scientist and as a member of the American Mathematical Society: “Some of you may have no knowledge of the existence of Arabs in Palestine, to whom it rightfully belongs, and may not know that it is neither fair nor just no matter whose laws you obey, to ask the world’s powerful nations to force them to accept the Jewish national homeland in their country.” He argued that “the Arabs of Palestine had committed no crime for which they should suffer and have their existence threatened by migration of peoples to their land whose misfortunes they had no hand in, nor the injustices that befell them,” he expressed the pain and grief he felt “for the injustices that have befallen the Jews … and the calamities that have descended upon them.” He denounced Nazism “and its schemes to annihilate the Jews” and called upon his American academic colleagues to open their country to Jewish refugees, if they actually “cared for the welfare of the Jews and for securing an entity for them.”

In 1945, Tuqan worked with Ishaq Musa al-Husseini and others to establish the Arab Cultural Committee in Palestine and to organize the first Arab Palestinian Book Fair at the Arab Orthodox Union Club of Jerusalem in 1946, which exhibited about 800 books in Arabic, along with dozens of books in other languages.

After the Nakba and the annexation of the West Bank of the Jordan River to the Hashemite Kingdom of Jordan, Tuqan ran for office in the Jordanian Parliament in the elections of April 1950 and was elected as representative from the city of Nablus. He remained in that position until the government dissolved Parliament in June 1954. In Nablus, Tuqan was an active participant in the struggles that took place in Jordan in the mid-1950s against the Anglo-Jordanian Treaty in support of the Arabization of the Jordanian army. In July 1964, Tuqan was appointed as Jordan’s Minister of Foreign Affairs, a position he held until February 1965. During his tenure, he made it his policy to improve political and economic relations between Jordan and Egypt.

Tuqan was chosen to be a member of the Council for Higher Education in Jordan and was president of the Jordanian Scientific Society from 1955 until his death. He was also a participating member of the Board of Trustees of the University of Jordan when it was founded in 1962, and he was nominated for membership of the Arab Academy in Damascus and in the Arabic Language Academy in Cairo, in addition to being elected Vice-President of the Arab Scientists’ Union.

Tuqan immersed himself in the study of the history of Arab scientific heritage, especially in the fields of mathematics and astronomy. He wrote and edited many books and Arabic scientific manuscripts and published hundreds of articles on politics and intellectual subjects in Palestinian and Arab newspapers and journals. He also delivered many lectures on science in Cairo, Damascus, Beirut, Amman, Baghdad, and elsewhere and participated in many Arab and international scientific conferences.

Tuqan was among those who believed that the way to overcome the effects of the Nakba was through the acquisition of scientific knowledge, that life in the Arab world had to progress based on science and combating ignorance. In his book After the Nakba, he writes: “The catastrophe of Palestine has befallen all the Arabs; it was an inevitable result of the ways and practices that the Arabs have followed in their life and in their struggles, which are outside the realm of science, have no foundation and are mired in the models and tropes of the past and lack any rational basis. Thus, their actions have been chaotic and their movements and political strategies improvised.” He added: “The Arabs imagined that they could vanquish the Jews, and that defeating them would be a simple task that would not require too much effort or exertion, and they conducted their resistance on this basis, forgetting that fire can only be fought with fire, that science can only be countered by science, and the well-organized only by the same. Thus the enemy was victorious over them.” He concluded: “If the Arabs wish to live in the twentieth century as free men in their own countries, productive and active, they must live by science, on the basis of empirical figures and grasp the concept of the scientific method and let those who think scientifically run their affairs.” Tuqan held colonialism primarily responsible for the backward state of the Arabs: "That the Arabs have lagged behind the march of civilization is in fact a result of Turkish and European colonialism."

Tuqan was the recipient of a number of honors and awards, including the Order of Independence-First Class from the Hashemite Kingdom of Jordan in 1957 and the Order of the Republic-First Class, conferred upon him by President Gamal Abdel Nasser in 1964, in a ceremony held at Cairo University to mark the United Arab Republic’s tenth Science Day. Tuqan was also awarded the Moroccan Order of Merit-Class of Excellence in 1961, the Order of the Star of Jordan-First Class in 1964, and an honorary doctorate from Punjab University in Pakistan in 1967 in recognition of his distinguished efforts in service of the intellectual advancement of humanity. In 1990, the Palestine Liberation Organization posthumously awarded him the Jerusalem Medal for Culture, Arts and Literature.

Qadri Tuqan died of a severe heart attack on February 26, 1971, in Beirut, while he was en route to Cairo. His body was airlifted to Amman and then transported to Nablus, where he was buried alongside his cousin, the poet Ibrahim Tuqan.

[The Arab Scientific Heritage in Mathematics and Astronomy]

[Between Science and Literature]

[The Sciences among the Arabs]

[The Status of Rationalism among the Arabs]